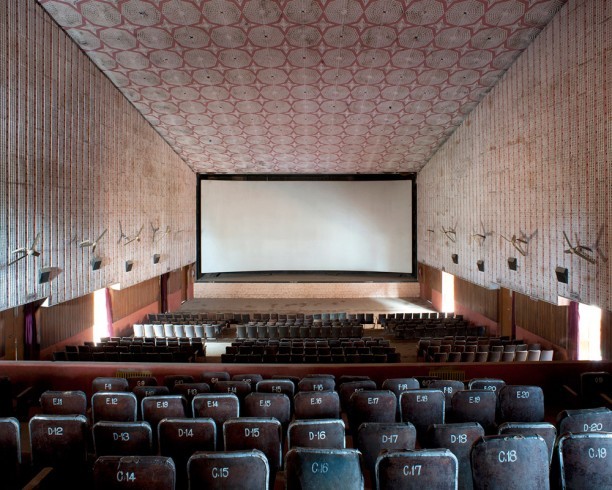 In three journeys between 2010 and 2013 the artists Sabine Haubitz and Stefanie Zoche have photographed movie theatres from the ‘Thirties to the ‘Seventies in South India. The project unveils the architecture's stage-like character. Many facades of these buildings look like quirky scenographies. 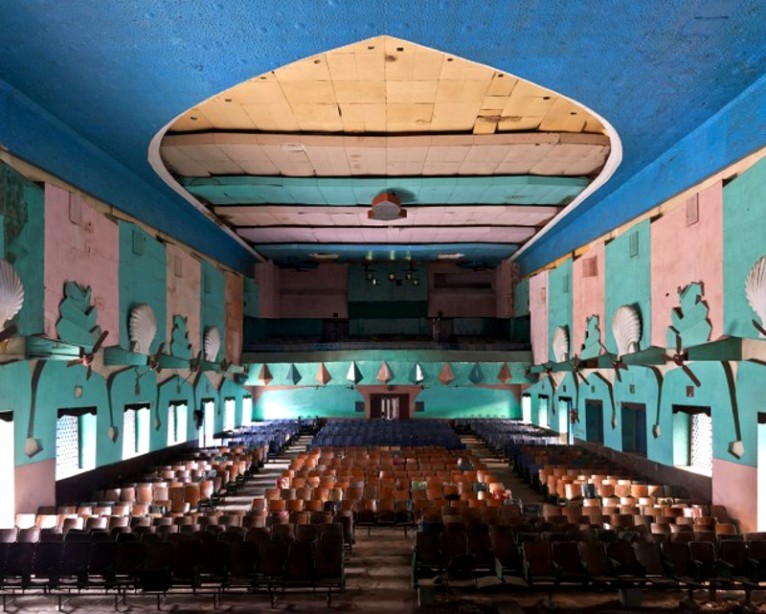 The two artists said: "The facades often seem like mock-ups affixed to the building, thus emphasizing the architecture’s distinctly theatrical, stage-like character. In this way, the function of setting, of central importance to the cinema film and to the process of immersion, which plays an important role in film presentations, are integrated into the architecture itself. 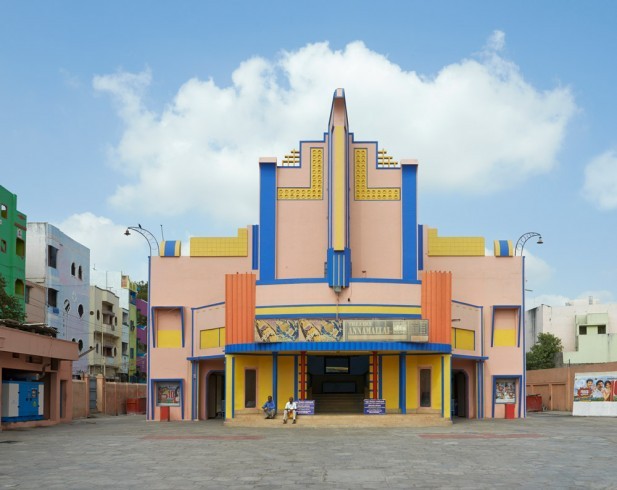 This interesting intensification of the building’s function is continued in the interior of the cinema. Here, too, one occasionally finds extravagant sculptural forms and ornaments that place the visitors in a stage-like atmosphere, thus priming them for the coming cinematic experience". 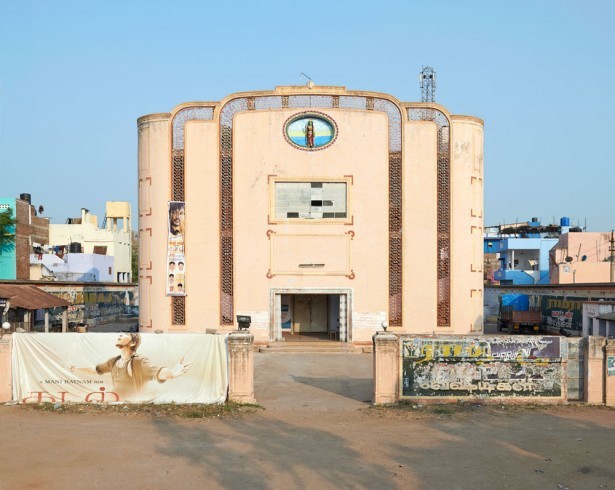 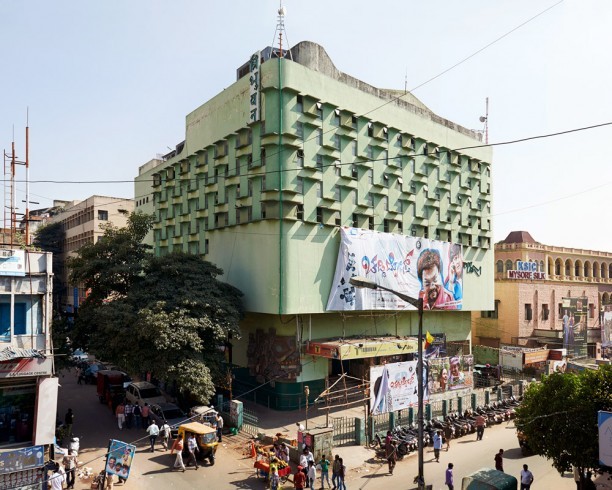 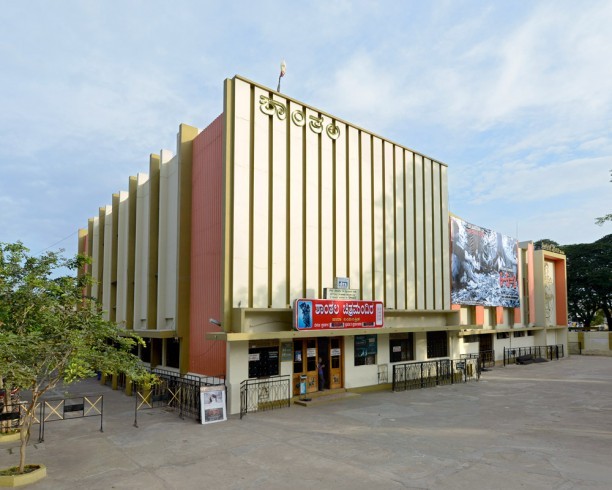 The series will be show in Munich, from October 9 until November 15, at the Nusser & Baumgart gallery with the exposition called: 'Hybrid Modernism. Movie Theatres in South India'  that examines the reception and re-interpretation of western architectural influences in South India. 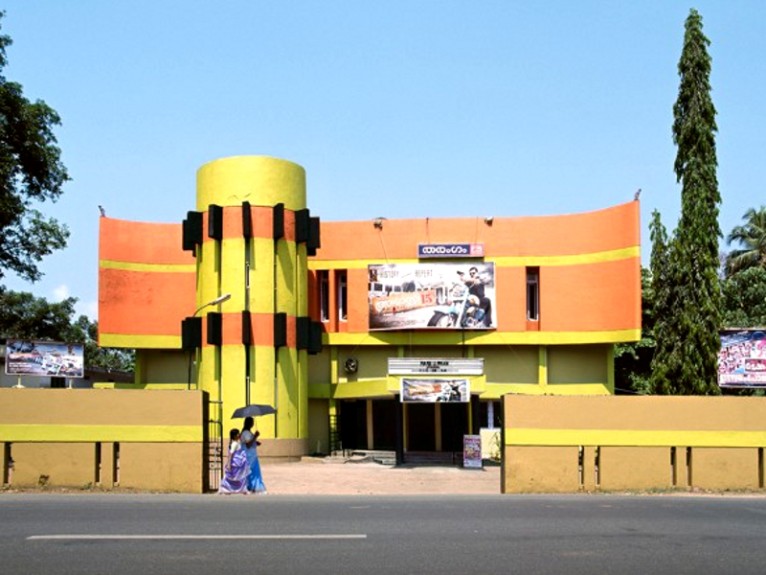 The reception of modernistic architecture was inspired by Le Corbusier’s building projects in India in the Fifties and is also reflected in the buildings of local architects. This influence is clearly evident in the South Indian cinema buildings, but is also punctuated by elements that from a western perspective would count as anti-modernistic. 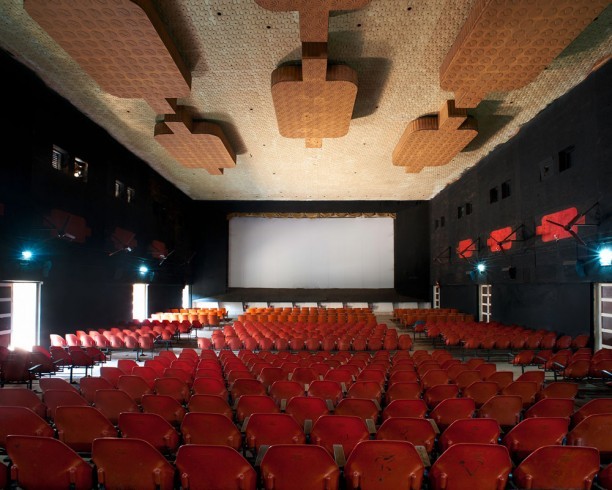 They derive from traditional Indian architecture and the influential Art Déco. Strong chromaticity, striking architectural ornamentation, including the arabesque, persist here above all in the interiors as an often occurring decorative form. 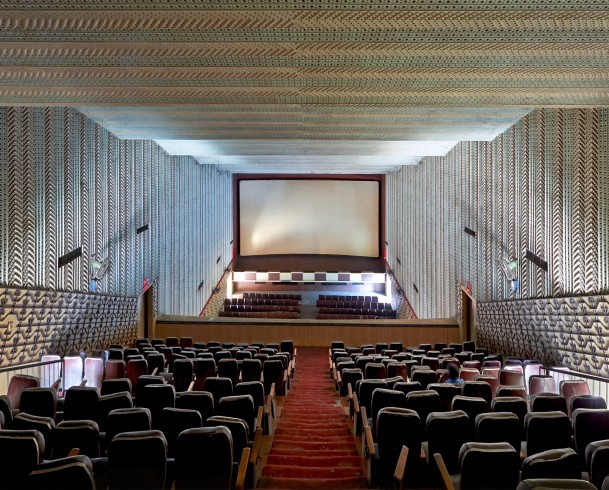 Sabine and Stefanie have collaborated since1998, and position themselves under the name Haubitz + Zoche in international artistic practice with their photographic and installative works.

Sabine Haubitz suffered a fatal accident in March 2014.
Stefanie Zoche will continue the work that bears the signature of the two artists in both their names. 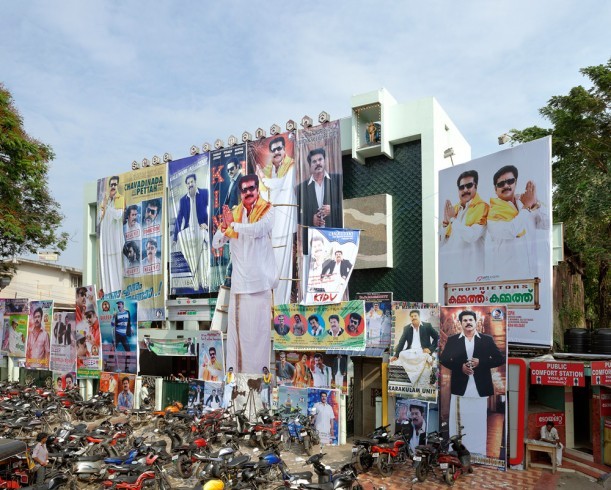 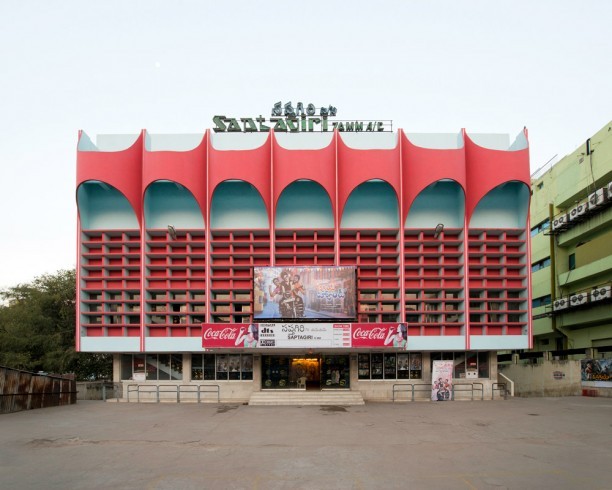 All images courtesy of Stefanie Zoche