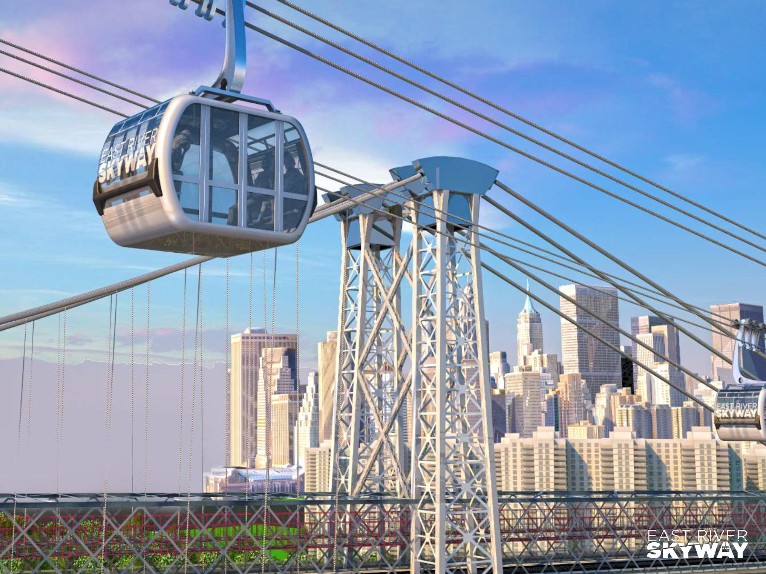 New Yorkers will soon be saying “fuhgeddaboudit” to traffic jammed bridges and packed subway cars, as president of City Realty Dan Levy recently proposed a high speed skyway connecting areas in Manhattan, Brooklyn, and Queens. The project consists of a gondola line that would soar over the east river, offering a cheap, fast, and eco-friendly commute with the added bonus of spectacular NYC views. Hello, date night! 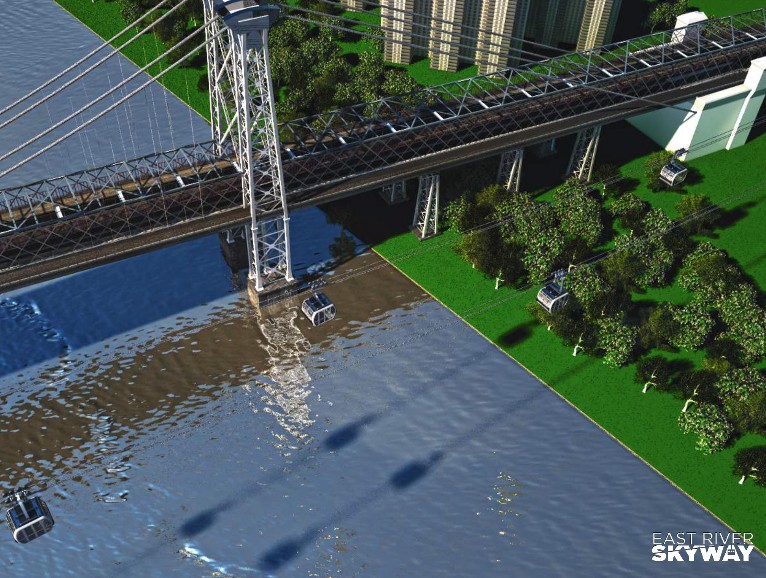 This solution comes about in response to recent real estate trends. Areas like Williamsburg, Bushwick, and Greenpoint have seen a sharp  increase  in popularity and residential growth in the past ten years.  And the numbers keep going up, as plans to add 5,700 residential units and 600,000 square feet of office space  are already underway. That spells trouble for straphangers. Subway stations like the one at Bedford Ave have increased congestion by more than 50%, much to the chagrin of rush hour commuters. As Levy puts it “Given the exciting growth in Brooklyn and Queens, it is essential to adapt New York City’s transportation system to serve residents in these booming areas.”

Here’s what you need to know about his proposed solution:

The East River Skyway promises to get you from Williamsburg to Downtown Manhattan in four minutes and from Brooklyn to Queens in 3-12. Possible routes would connect South Williamsburg to the Brooklyn Navy Yards and eventually expand north to Greenpoint, Long Island City, and East Midtown. A south bound route stretching to Dumbo and the South Street Seaport is also being considered. 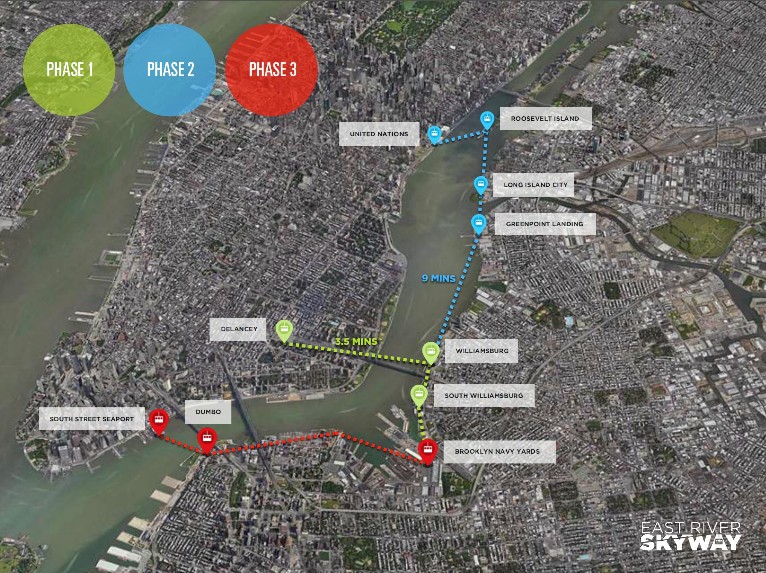 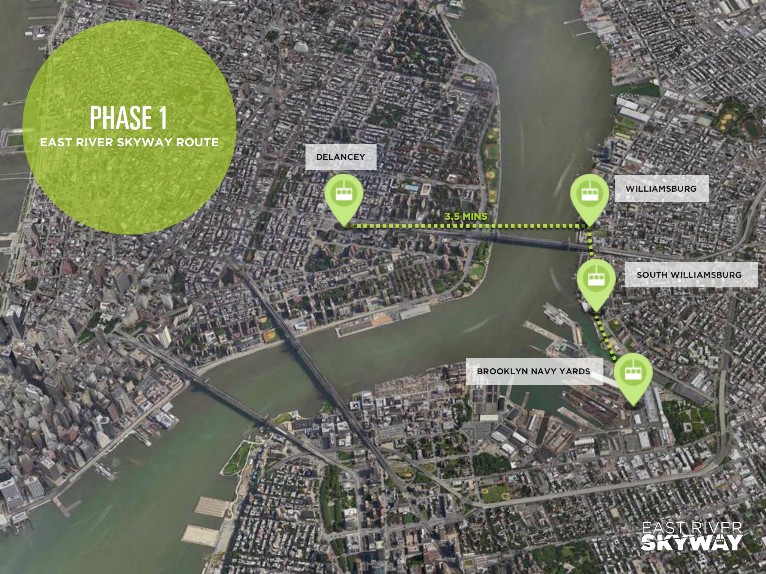 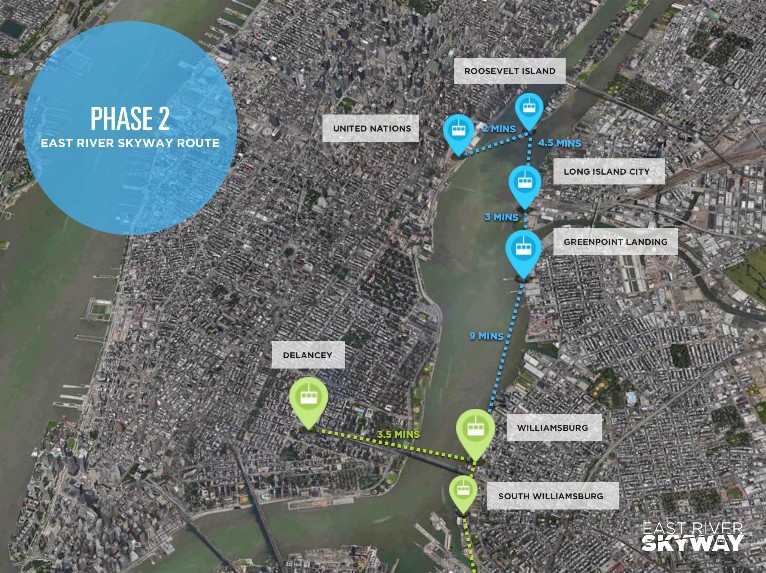 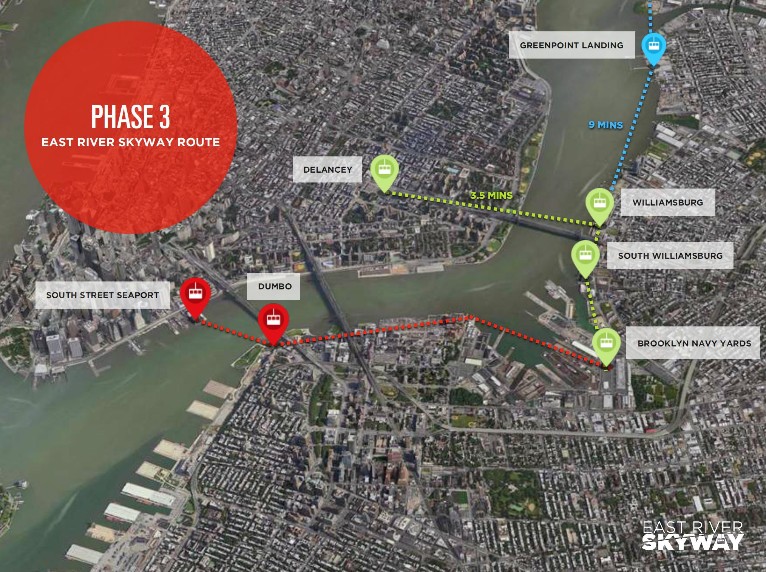 Brooklynites on the Waterfront could expect to cut their morning commute by 20-30 minutes should the plan go through.  That’s at least 3 more hits on the snooze button for the estimated 5,000 travelers the gondola promises to carry per hour.

Let’s talk cash. This project is actually the least expensive way to axe your morning schlepp. Levy estimates the completion of the project will cost between $75 and $100 million. That’s way less than the recent subway expansion!

And as far as feasibility goes, expert and advisor Steven Dale, president of Creative Urban Projects and Cable Car Consultants, cites the Roosevelt Island Tram. “One only needs to look at the success of the Roosevelt Island Tram—the most reliable piece of transportation in New York. After Hurricane Sandy it was the first piece of fixed transportation to be operational.”

Plus, if modern places like London, Rio de Janeiro, Germany, and Singapore can enjoy the effectiveness of this system, why can’t we? 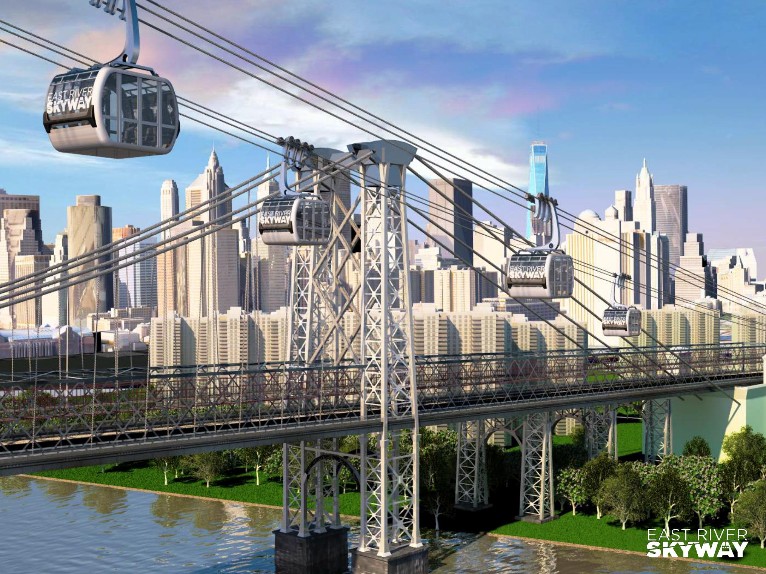