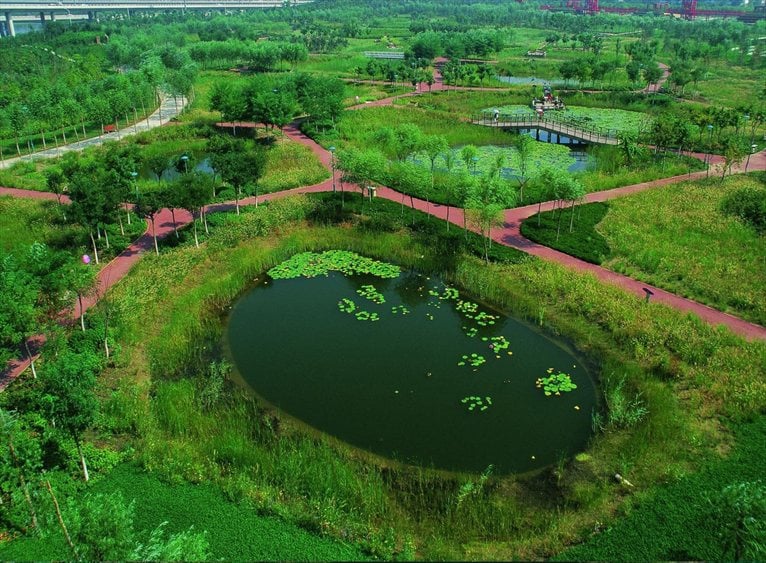 The recent boom in China is undoubtedly partially ascribable to their capacity for “copying” ideas from the rest of the world and offering them at a lower price, however, in this case formal similarity with Bernard Tschumi's Parc de la Villette should not deceive.

The original and unmistakably Chinese characteristic of the project is its extent, a mammoth work of redevelopment which only a boom State could cope with.

This enormous 22 hectare park occupies an abandoned area in the city which was becoming an urban desert, the rapid development had, indeed, transformed this suburban area into an enormous rubbish tip.

The project envisages the re-naturalisation of the area, by using Adaptation Palettes of vegetation typical of this area of China, a wetland with salt marshes near the Pacific Ocean.

Renaturalisation alone is, however, not enough to regenerate this great green area which serves a growing number of inhabitants in the rapidly developing suburbs.

Unfortunately, the project pays the price of the original pollution of the area, which it has attempted to curb using the purifying properties of the plants. Above all it attempts to make the experience of the park varied and complex, through the multiplication of spaces and points of view. 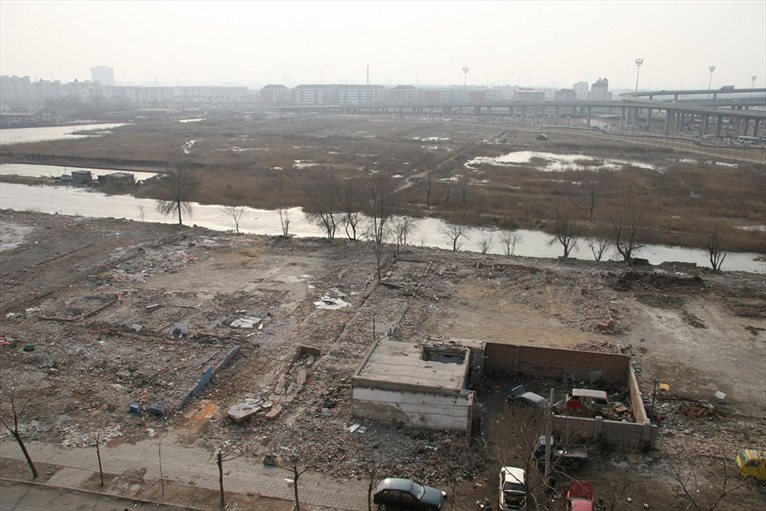 The site before the regeneration work