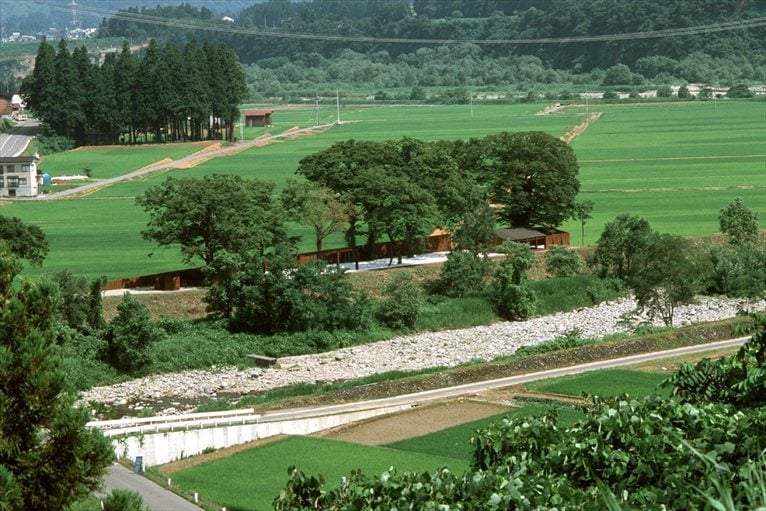 A post industrial temple contaminated with spirituality is the result of the collaboration between Marco Casagrande and Sami Rintala, who have created Potemkin a Post Industrial Meditation Park at Nakasato commissioned by the Echigo-Tsumari Art Triennial in 2003.

The park has been conceived by the designers as an expression of the bond between modernness and the natural world: Potemkin rose from the ashes of some industrial ruins located between the ancient rice cultivations and a river, in line with a Shintoist temple.

This Japanese park project was created in the area occupied by an unauthorised dump and was designed in loco and on a real scale. It was conceived on the site when it was totally covered by snow and then completed when the snow melted.

The work is a sort of collage of industrial waste and recycled material and the ruins metaphorically evoke the artificial nature of the post-modern period within a natural landscape.

Starting from the entrances to the park, steel walls have been installed whose height increases as the land goes down: the varying heights of the corten steel panels, which range from a few centimetres up to 5 metres, surrounded by oak trees, create a succession of outdoor and indoor spaces.

This steel temple, which seems to rise from the dump, is closely connected to the Shintoist temple located beyond the paddyfields so that it can portray the spiritual and spatial extension of the meditative route for the community and for the visitors.