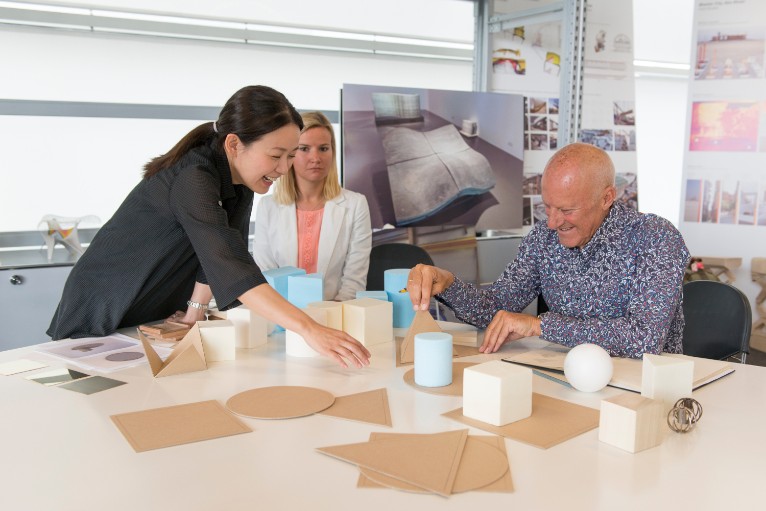 LDF 14 _ A desk, a sharpener, a serving dish and a ladder, these are just some of the products on the wish list filled out by some of the best friends of Terence Conran.

His friends are, of course, the most illustrious names in architecture and design. Paul Smith, Norman Foster, Amanda Levete, John Pawson, Alison Brooks, Zaha Hadid, Alex de Rijke, Ab and Richard Rogers, and Allen Jones have all indicated what product they long for.

Under the mentorship of these ‘greats’, up-and-coming names are now designing the desired items for The Wish List.

'What I have always wanted is, a pencil sharpener for three sizes capable of sitting on a desk and with a compartment to receive the shavings' by Lord Foster.

Norman Foster may run one of the most technologically advanced practices in the world in, but he still likes to draw. Each sharpener has a tray to sit on that is large enough to hold a sizeable collection of pencils. 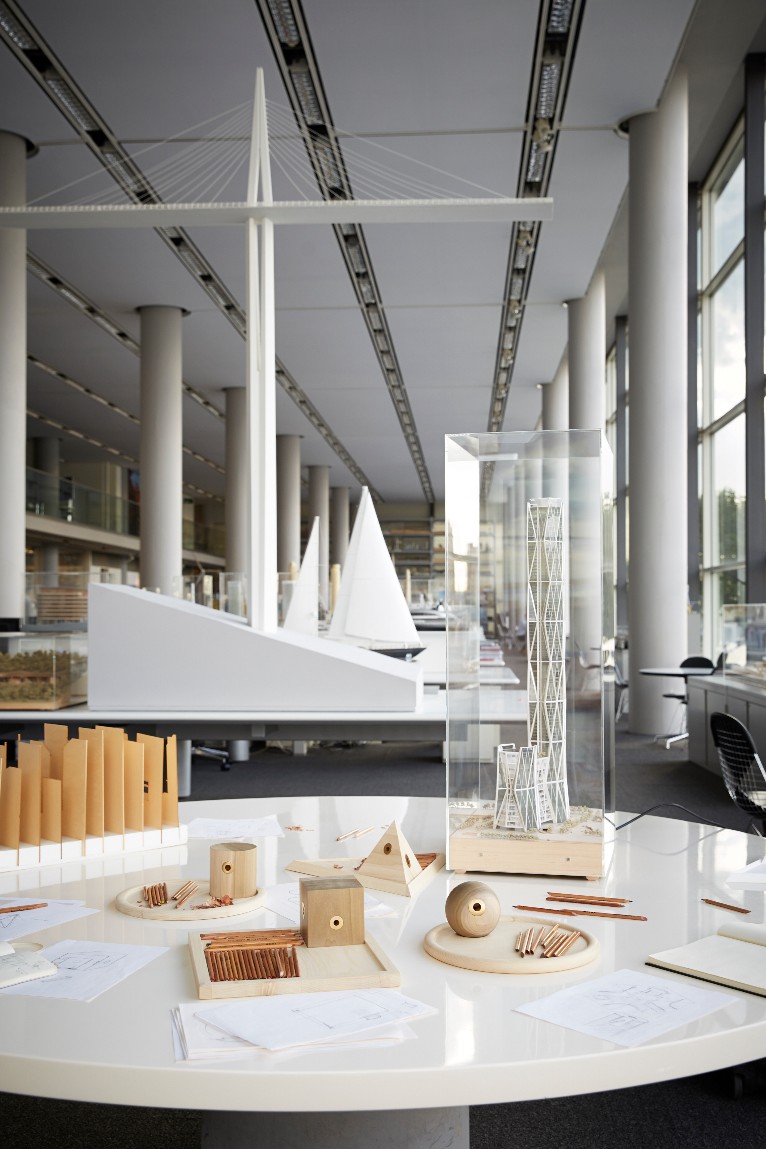 Hadid had expressed a wish for ‘tableware’ but that was as far as it went. Neal faced two problems. One was that, with the exception of certain dishes, timber is not an obvious material for tableware. The other is that with Zaha as a client he couldn’t produce anything ‘ordinary’, however beautifully designed. 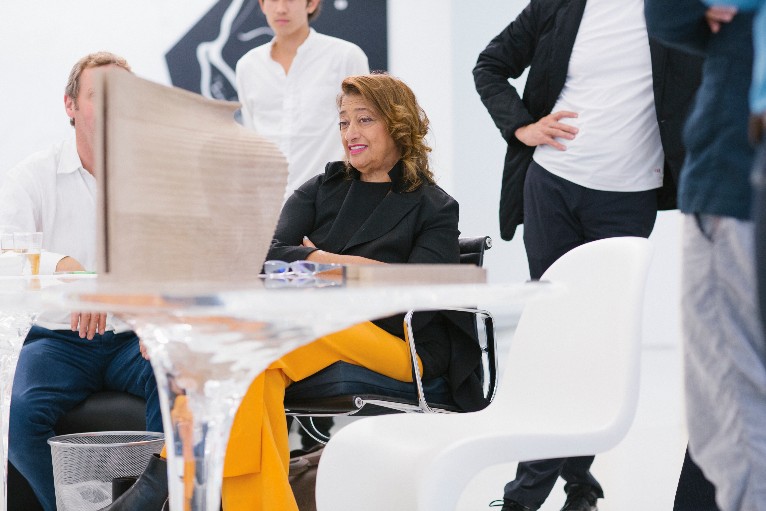 His solution was to design a series of vessels which took classic forms and then distorted them, largely by extending them along one axis and opening them up at the end. Working with the team in Hadid’s office using 3-dimensional modelling software, , he developed double-curved forms that have a flavour of the practice’s work, but infused with the sensibilities of his own craft. 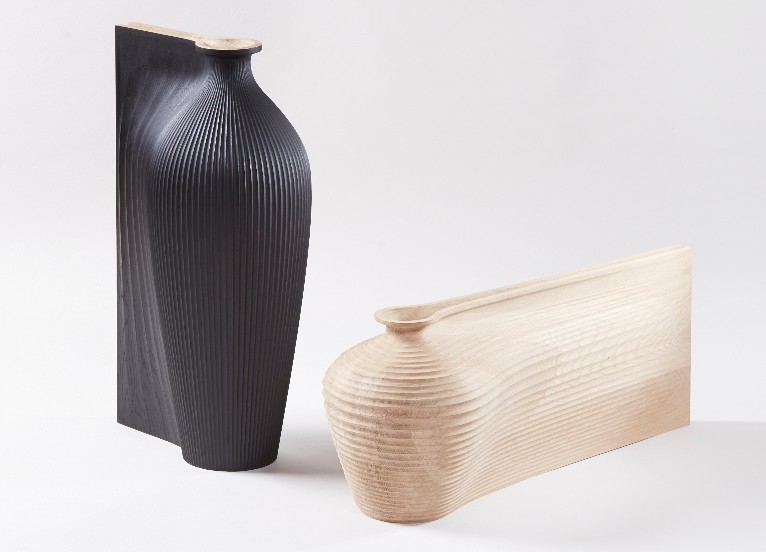 “The absolute absence of a burden causes man to be lighter than air, to soar into the heights, take leave of the earth and his earthly being.” Milan Kundera

Richard and Ab Rogers wanted a ladder that would allow them to perch at a height and be comfortable enough for writing, eating and working. Xenia Mosely, along with Rogers, resolved this by designing one upright with a tight outward curve at the top, and another extending beyond the tray, which can fold away. 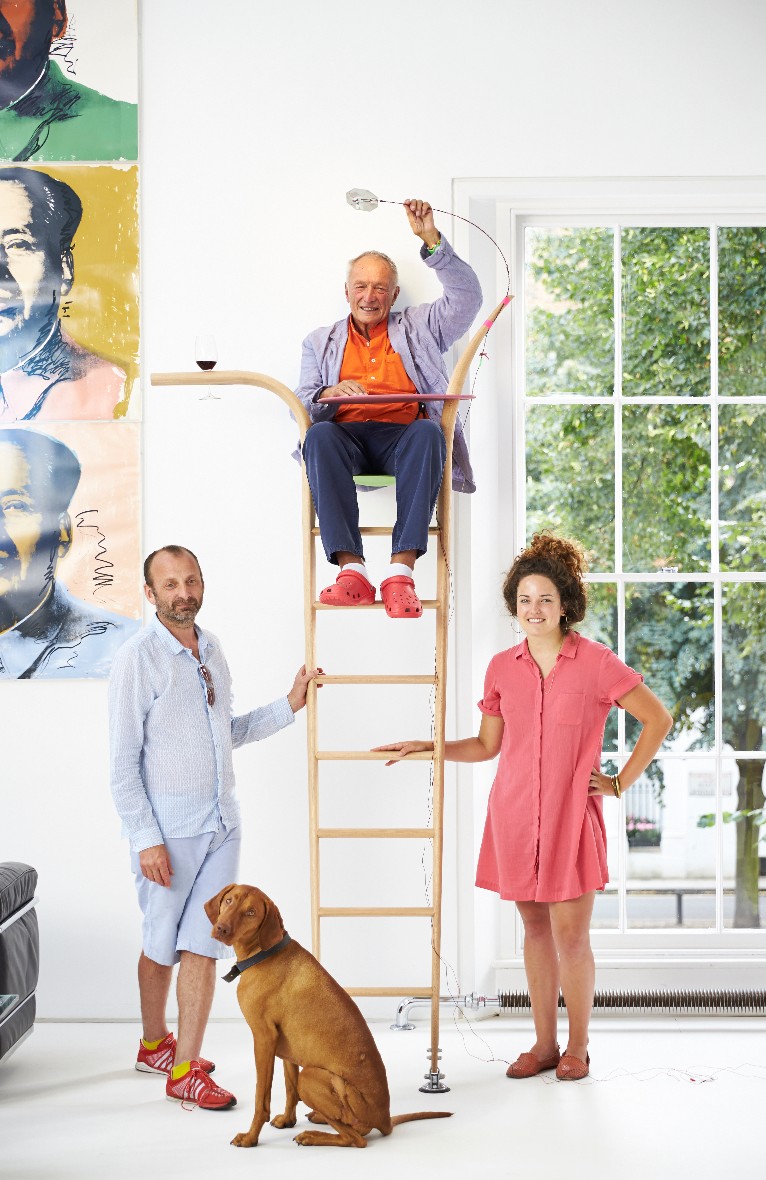 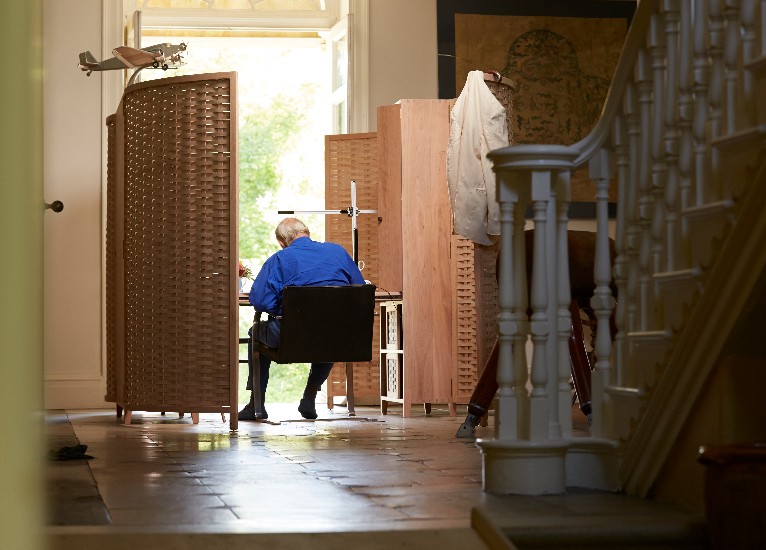 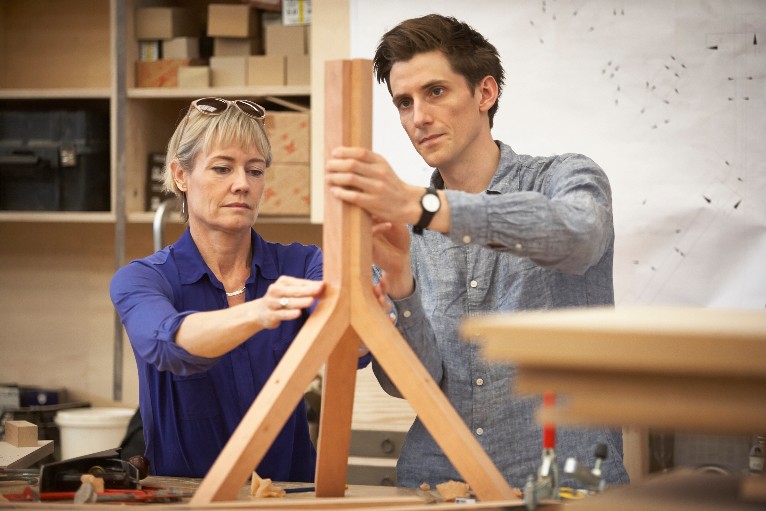 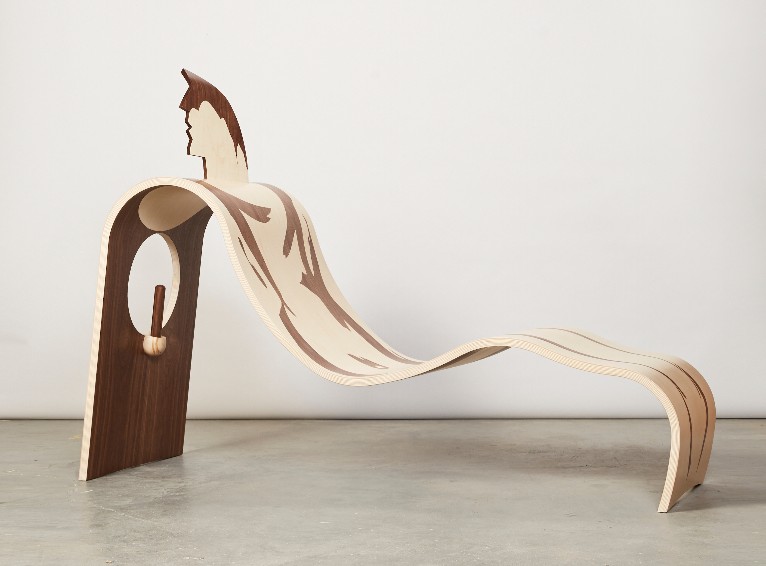 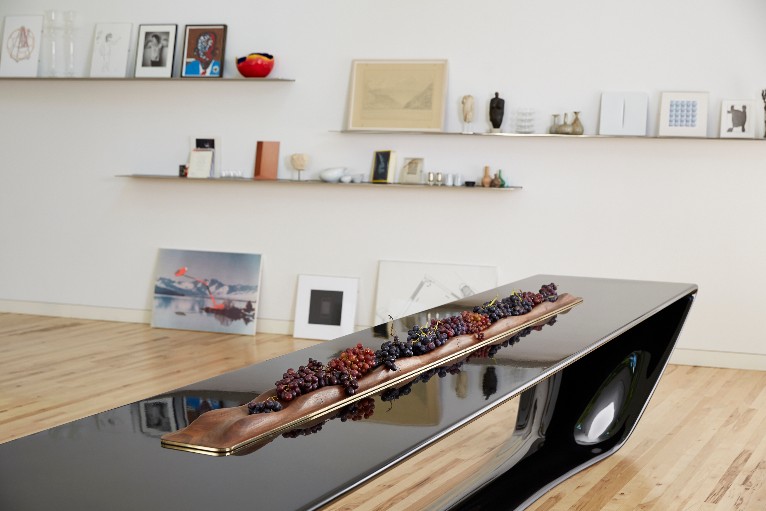 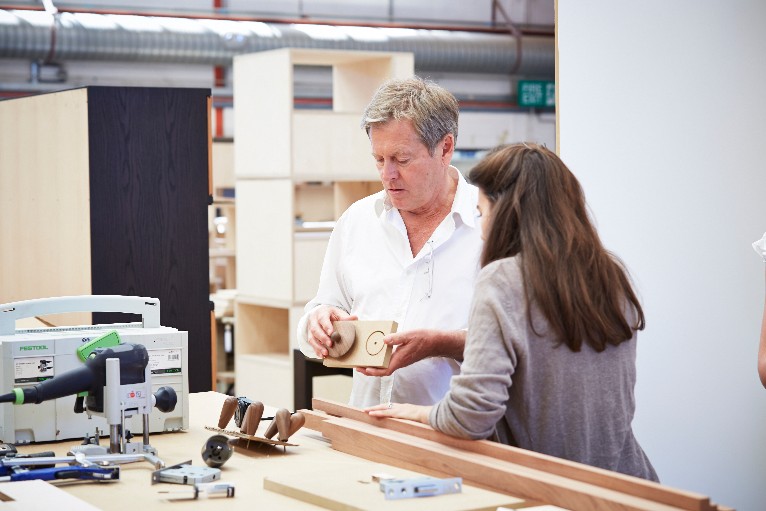 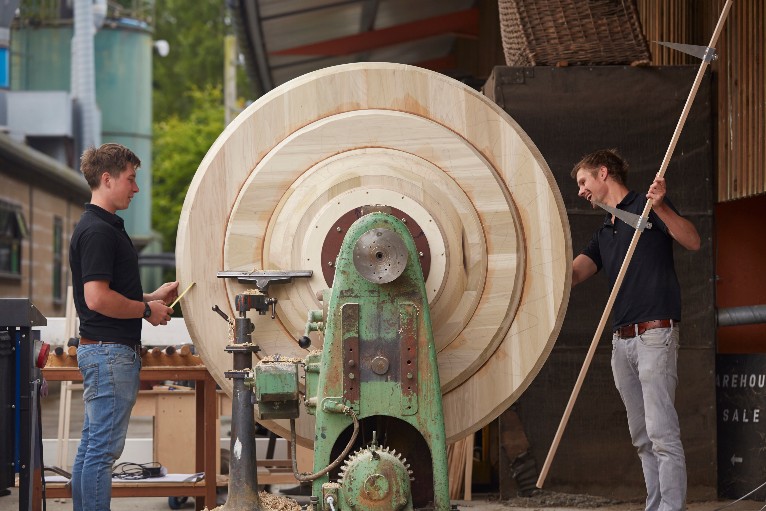 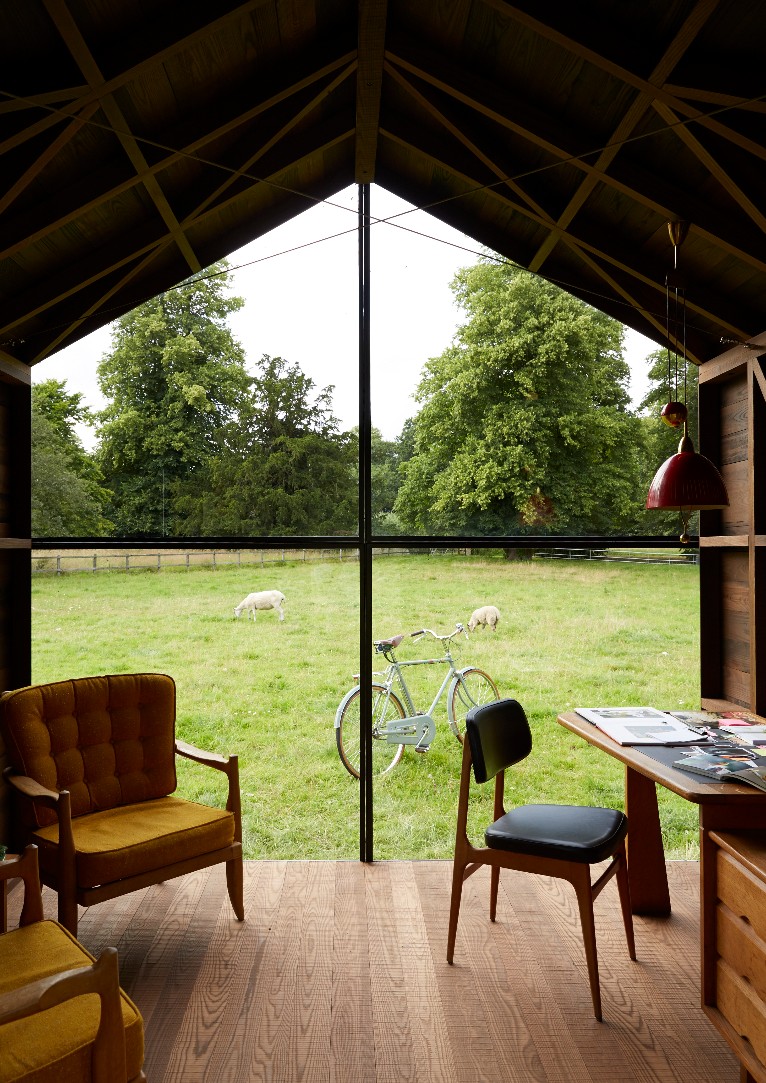