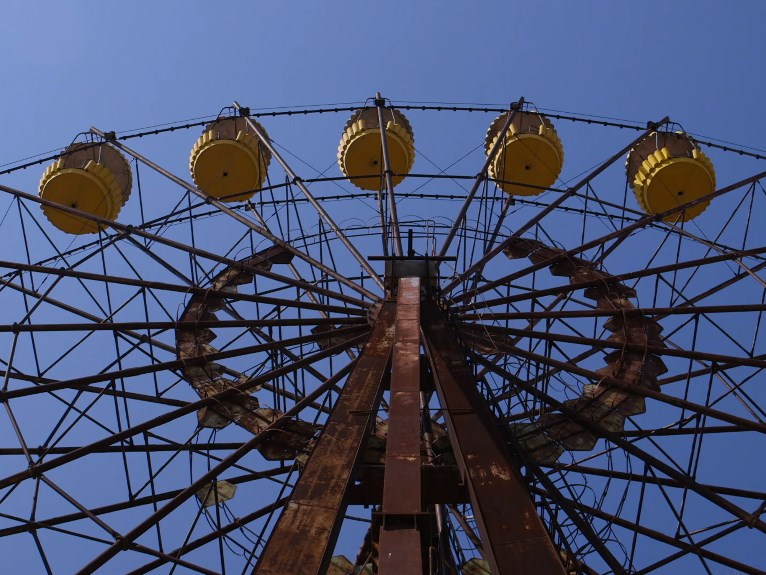 On the 27th anniversary of the Chernobyl nuclear disaster, Christiaan Welzel and his wife, Kseniya, entered the Exclusion Zone. Christiaan’s cinematic footage captures the eerie beauty of the desolation and decay.

Admitting to an obsession with the macabre and other general unpleasantries, Christiaan, a creative director in advertising, was more interested in seeing the darkest vision of Chernobyl. “I even had an idea of how I wanted to color correct the footage,” he says. Kseniya, on the other hand, tried not to have too many expectations, but suspected it would be sad and eerie. What they found upon arrival was not exactly what either envisioned.Christiaan and Kseniya entered the Exclusion Zone on April 24, 2013 — two days before the 27th anniversary of the Chernobyl disaster.

Shooting in a nuclear fallout zone presents unique challenges for a filmmaker. You obviously can’t plan for it, can’t scout locations. When they were told they’d be entering a schoolhouse, they expected to see desks and a chalkboard, the usual paraphernalia of a classroom. Instead, they were shocked to see the room strewn with “a sea of gas masks.” They knew immediately that was the shot. 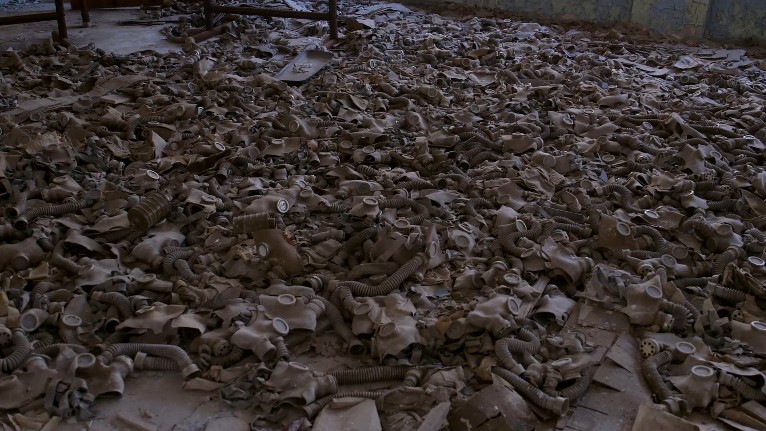 When Christiaan and Kseniya set out, they wanted to capture Chernobyl as it had never been done before. They wanted to film it in a way that was cinematic — and to do it with finesse. “I hope the footage will be used for artistic purposes. In the way it’s shot and lit, each image paints a portrait,” he reflects. “I hope it strikes more of an 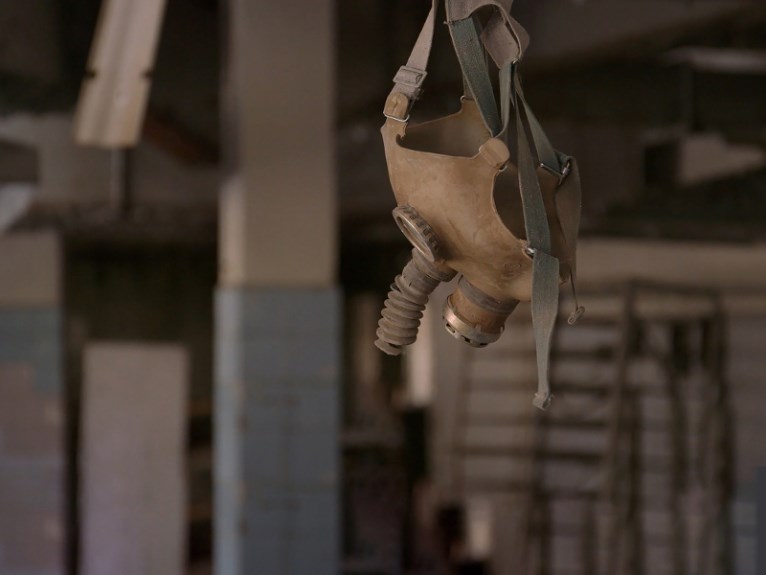 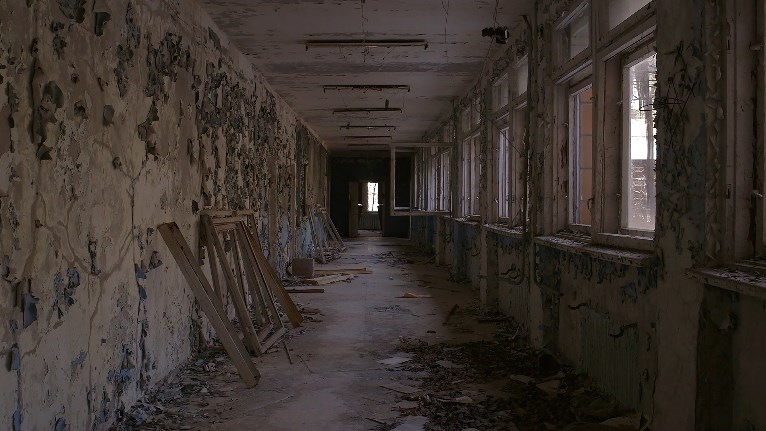 But neither of them wants anyone to feel sorrow after seeing the footage. “I would like people to see it not as a horrible place, but as a reminder that this has happened,” says Kseniya. “It’s peaceful. Nature is taking it back. You can hear birds chirping.” Adds Christiaan, “We want people to find the beauty in the apocalypse, in the dilapidated.”

With the buildings falling apart, you’re not likely to see much footage like this coming out of Chernobyl. A week after Christiaan and Kseniya were in the schoolhouse, it collapsed.