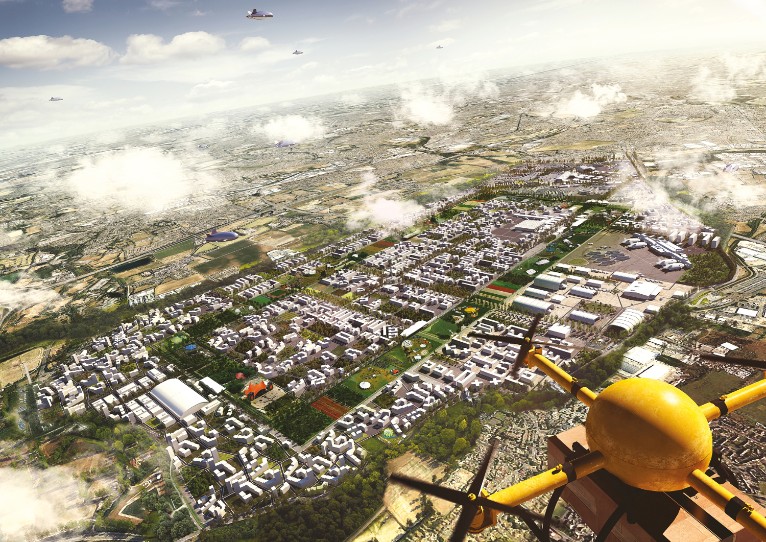 CITY _ Hawkins\Brown,  Rick Mather Associates and Maccreanor Lavington have released designs for the redevelopment of Heathrow Airport into a new town that could potentially support 90,000 new jobs, provide homes for up to 190,000 people and add £7.5 billion to the UK economy.

Transport for London commissioned the architects to provide designs that would cover several options for the redevelopment of Heathrow airport if a new hub airport to the east of London is agreed by the Government. London's population is forecast to increase to 10 million people by 2030 and 11 million by 2050. The Mayor of London believes that major infrastructure decisions, such as airport expansion, must contribute towards a wider and longer term plan for London and the UK economy that takes into account the challenges posed by this astonishing growth.

The Mayor of London, Boris Johnson, said: "The demand for new homes and jobs in the capital is such that we must be ready to start redeveloping Heathrow the moment it moves to its new site. And the sooner we start planning the better. We asked our architects to be as creative as possible and these designs illustrate strikingly different visions of a Heathrow of the future." 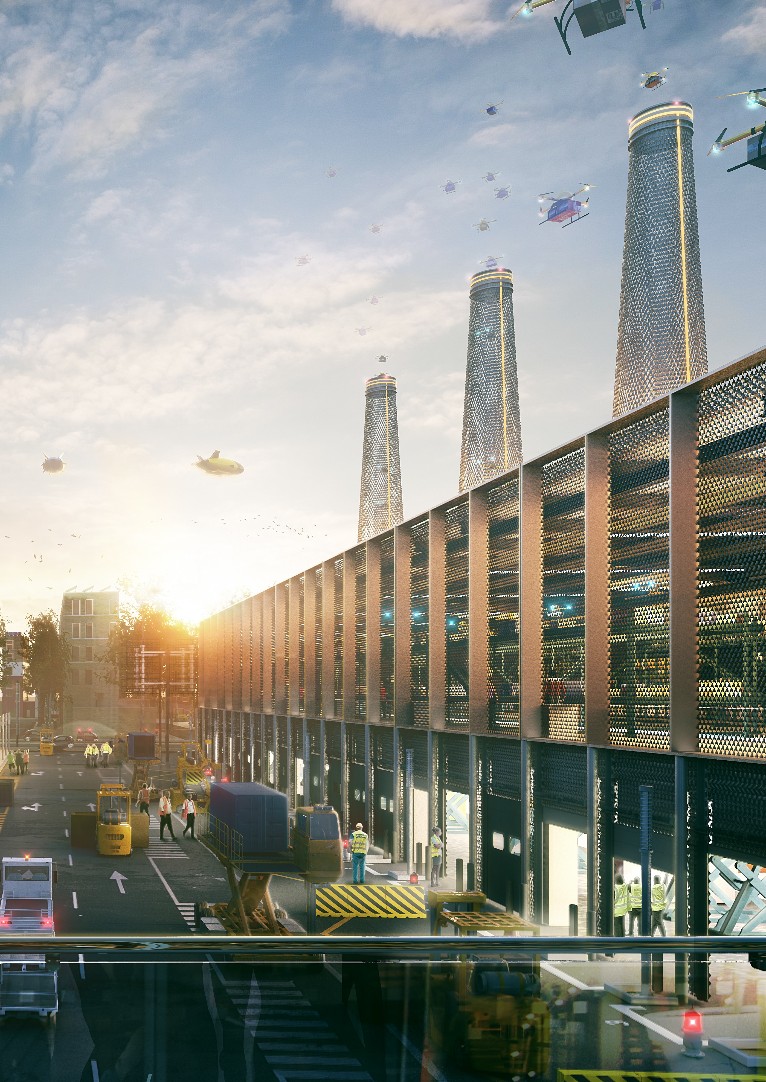 Hawkins\Brown _Their proposal for Heathrow City aspires to capture the imagination and provide a platform for innovation. Big ideas are proposed including a factory for homes and a 'green belt in the green belt'. Their plan aims to increase the rate of new housing being built by creating a factory for building homes.

Online customisation would allow Londoners to order homes to their own specifications as is common in a number of European countries, where 'self-build' is a popular way of creating new homes. Digital fabrication technology would make endless possible iterations no more expensive than standard products. 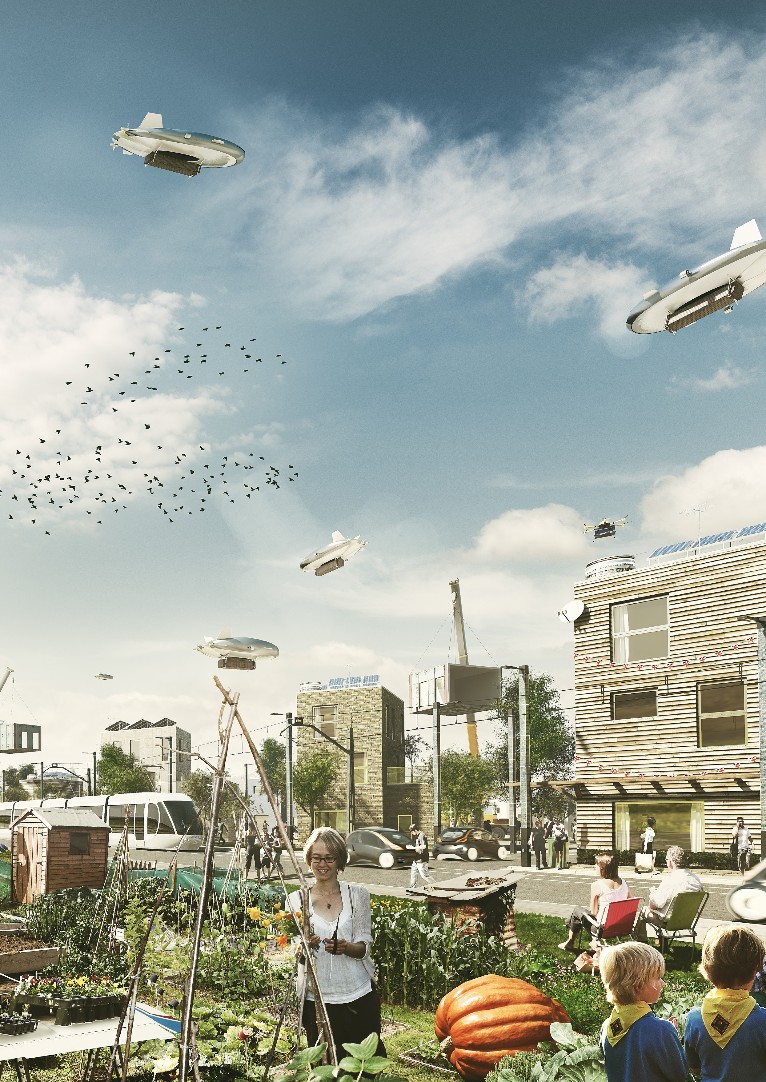 Rick Mather Associates _ Their proposal would see the Heathrow site evolve to become a new hub city by working with the existing structure and using the terminals as generators to development. The former runways would define the structure of the city and connect ten distinct local centres, all of which would provide a cluster of retail, education and community uses.

Those centres would be focused around the transport connections and airport buildings would be retained. Developers would look to create a research, technology and manufacturing hub that might specialise in housing production, hydroponics, anaerobic digestion and biofuels. A wide range of new housing types would also include 21st century reinterpretations of successful London models of individual houses, terraces, mansion blocks and communal squares. 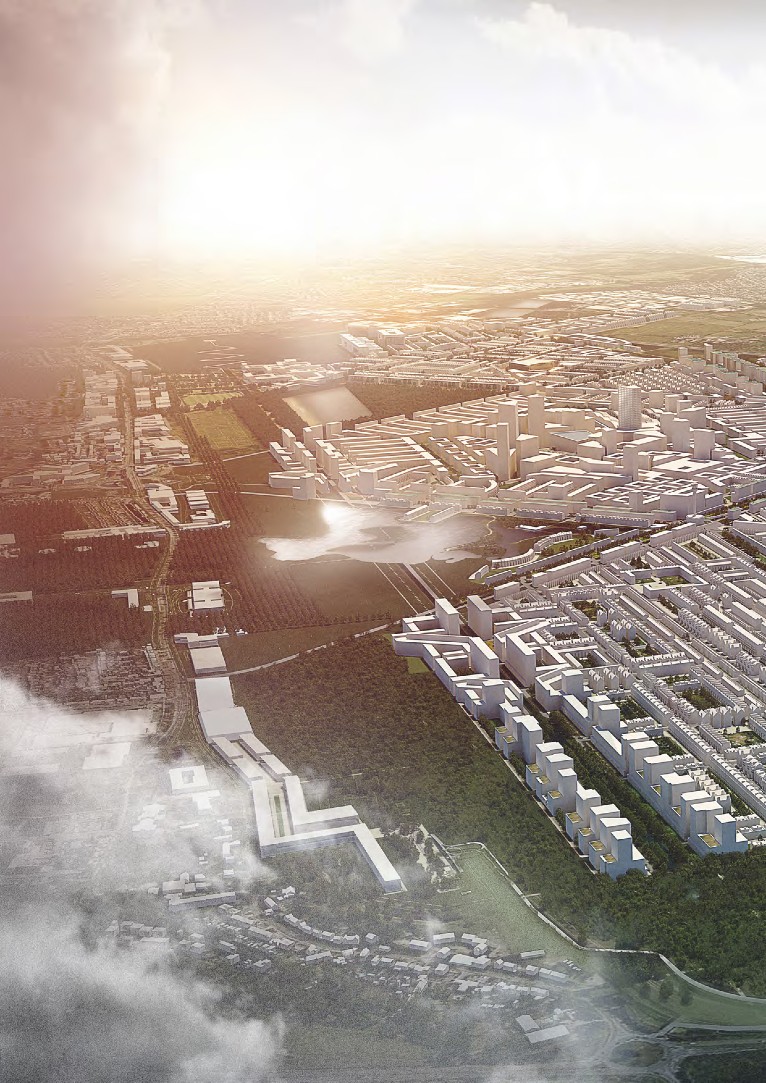 Maccreanor Lavington _ Their vision for Heathrow City aims to develop a fully functioning city within the metropolis, characterised by a rich mix of ecology, culture, employment and liveability. Existing buildings are used to establish fresh development and new forestation is laid down.

A technology campus to satisfy London's global status for scientific research and development would be built to the east of the current site with good links to the Thames Hub and to existing technology industries on the M4 corridor.

New housing would be influenced by emerging trends that might include self build, community-led development, temporary housing, a development corporation and developer-led housing delivery. The former terminal 2 building would be renovated to become a civic centre and retail hub that would form the heart of the new community at Heathrow City. 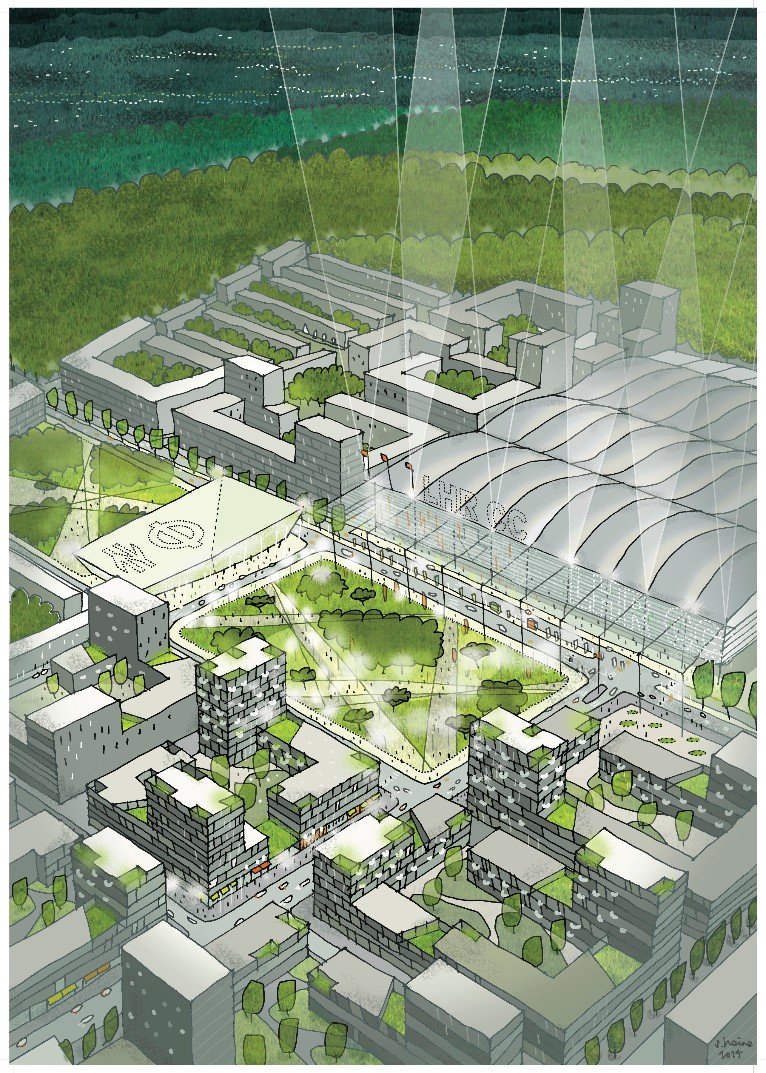