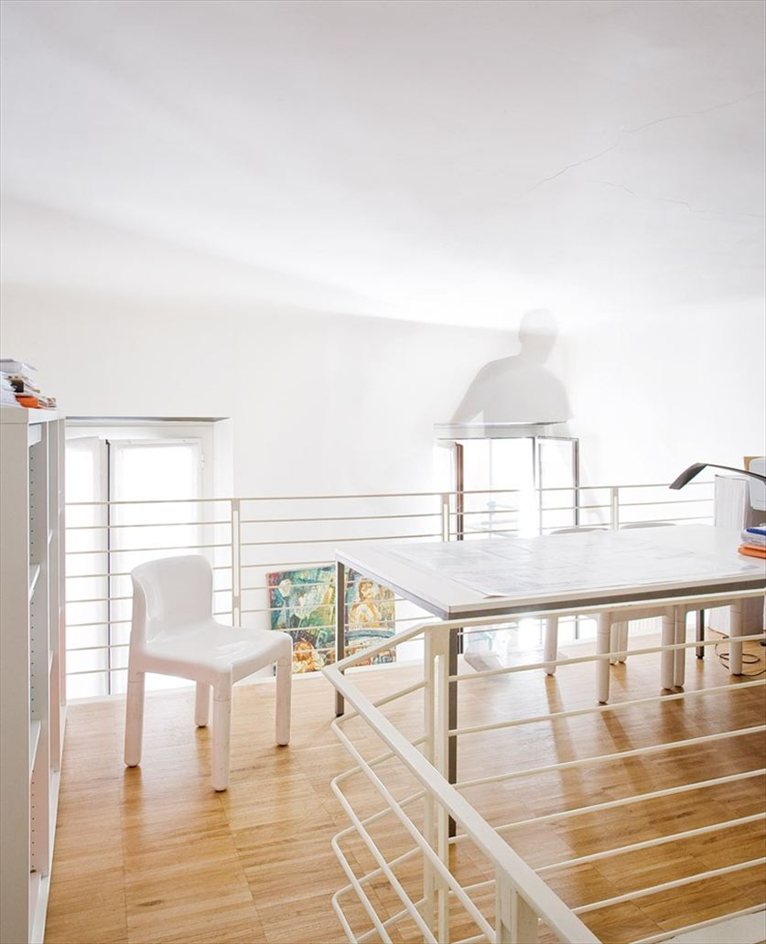 LDA Studio's work focusses on the recovery and re-purposing of a small part of an old 16th century warehouse located in a building behind the Old Port of Genoa, which had been turned into a residential building in the 19th century. Originally it belonged to a part of the salt and tobacco warehouses (which still exist and are used for public functions by the Genoa City council) in which the goods arriving at and departing from the commercial port were stored.

Indeed, the building belongs to a city district created by the City of Genoa in the 16th century and only partially used for residential purposes. The OFFICE IN GENOA is characterised by stone/brick walls and wooden ceiling beams made of chestnut, partly coming from the recovery of the masts of pre-industrial ships. The construction system of the part behind the building (now visible as a double array) is characterised by a double system of arches which overlie each other for 4 levels of the building (4 can be found in the renovated studio) which support the system of the wooden ceiling joists. The front part, on the other hand, is characterised by a single large space of 4.7 m by 6.5 m and about 5.2 m high.

The project re-purposes the old warehouse (which had a residential function until the 1990's) transforming it into LDA studio's architectural office since 2003. It attempts to bring out the memory of a pre-industrial space and to protect the identity of the construction and material logic of the building which can be perceived immediately by those who enter and move in the studio. The new with respect to the old, is immediately perceivable because it is created with white steel beams and banisters.

The working space is, therefore, totally open, both by reinterpreting the old warehouse without divisions and partitions and to make all the employees part of a single working environment so that they can interact on various projects. The small meeting room added to a small portion of the building is an exception. It is marked by full length windows which try not to interrupt the existing architectural space, but to give it continuity.

The system of services has thus been stripped to the bone and put underneath the staircase which joins the two floors of the office, where there is also a small storage area so that the available space is not saturated and can be seen by visitors to the office or those who work there.

A system of totally open steel gangways develops to the second floor representing a pathway/balcony on the space below. The new route interacts with the first floor and characterises the architectural space giving it new architectural movement.