On May 28th Autodesk and Steelblue unveiled the largest-ever 3D-printed scale-model of San Francisco.

The model covers a 115+ block area encompassing the Financial and South of Market districts, including AT&T Park, the Ferry Building and the San Francisco Museum of Modern Art.

The model was created to aid real-estate developer Tishman Speyer in telling the story of urban development in the rapidly changing SOMA neighborhood.  It can help with urban planning and building construction decisions that are better understood with the kind of physicality that only a real-world 3D replica offers compared to digital images or digital models. 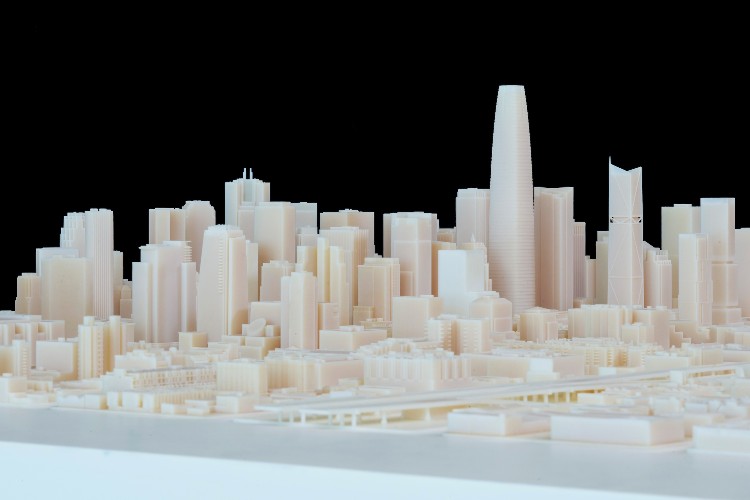 The model also offers a new kind of insight into the numerous development projects underway in the area, including big public works projects like the Transbay Transit Center and the many development sites that have opened up as a result of the removal of the Embarcadero Freeway after the 1989 Loma Prieta earthquake. In fact, several buildings that are currently under construction in the real-world are present in the finished forms in the 3D-printed model – providing a sneak-peek of a future San Francisco circa 2017.

At an event for media this morning, a projection system overlaid images highlighting the evolving Transbay District, infrastructure and traffic simulations on the model as well.

3D printed model of San Francisco - making of from steelblue on Vimeo.

The model was fabricated at Autodesk's Pier 9 workshop on two Objet Connex 500 printers with print resolution of 16 microns, based on a digital model that the Steelblue team had been building up from photogrammetry, city planning data and architectural drawings over the course of years.  The print itself took about two months to complete, and is the largest 3D-printing project completed at Pier 9 to date.

“For developers, architects, urban planners, city officials and the public at large, there is nothing quite like a scale model of your city to gain new insights into your surrounds.  With 3D printing, we add in a rapid-prototyping capability.  We can swap in buildings or entire city blocks to explore design options and to keep the model up to date in rapidly evolving neighborhoods,” said O’Brien Chalmers, president of Steelblue. “Adding layers of data visualizations gives us even more power to understand and visualize the way new buildings and infrastructure will impact the urban landscape and the people who live and work there.”

The 3D print has been such a success that Steelblue is expanding on the San Francisco model and are now printing models of other cities at their San Francisco headquarters. 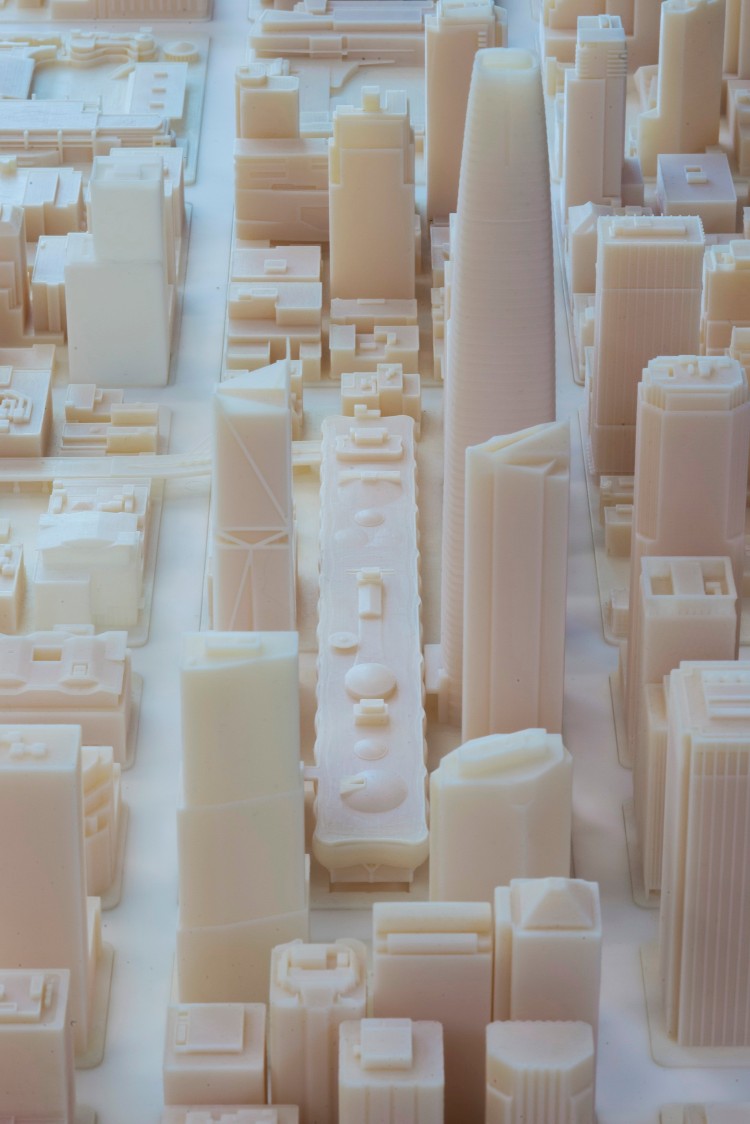 “We’ve been creating digital 3D models of cities around the world. They are incredible tools for urban planning, but sometimes the tactile experience of a physical model provides insights and understanding you can’t get from a screen,” said Justin Lokitz, senior product manager, Autodesk. “This project is really the embodiment of our Pier 9 Workshop – experimenting with new fabrication methods to bring the digital and physical worlds closer together.”

The San Francisco model will remain with Tishman Speyer, and a second planned print of the model is expected to be displayed at the Autodesk Gallery, where it will be open to the public.