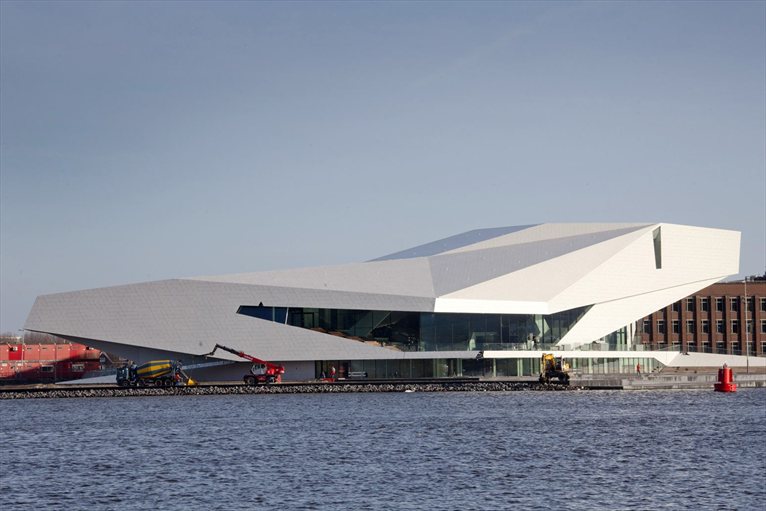 The Viennese office DELUGAN MEISSL ASSOCIATED ARCHITECTS is rounding off its preparations for the official opening of its first big work in the Dutch capital, the EYE film institute in Amsterdam.

The new headquarters of the Cinematographic Institute of Amsterdam will officially open its doors on April 5, under its Dutch name of Eye Film Instituut Nederland. Situated on the northern bank of the river IJ, opposite the Central Station, it will be the first important cultural institute located on the opposite bank to that of the old town.

The centre will be part of the new Overhoeks area of Amsterdam, destined to undergo great developments in the next few years and to become an important cultural meeting place. This new concept for a museum with its breathtaking view over the river focusses attention on tradition but more on contemporary development.

The new building will house 4 modern film auditoriums, one of which with 315 seats, two with 130 and one with 67, for a total of 642 seats. The area dedicated to exhibitions, events and educational activities on the other hand covers almost 2,000 square metres. In order to guarantee maximum use of the structure by the inhabitants, it will be open 7 days a week and from 10 am until 1 O’clock at night during the week and until 2 O'clock at night at weekends. There will also be a free ferry across the IJ for visitors to the museum operating 24 hours a day.