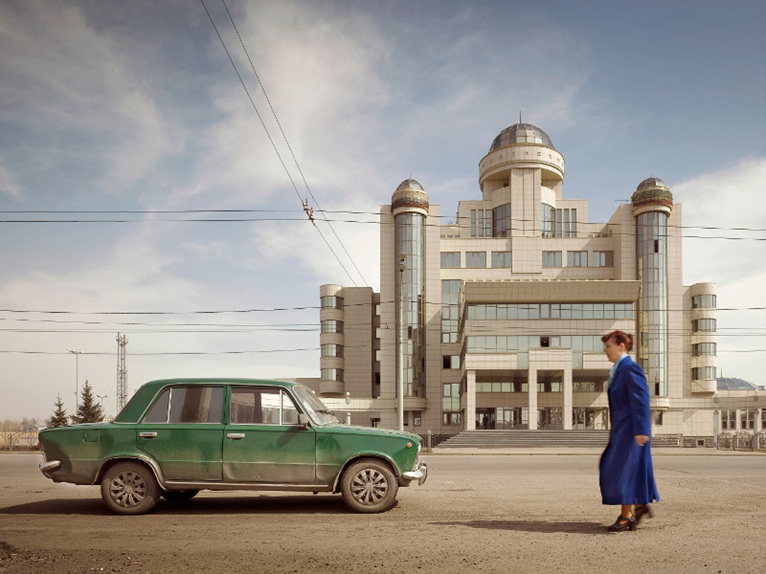 “I was always impressed by these huge constructions while driving through Moscow, (...) Moscow doesn´t have a big skyline or big houses in the cityscape, and then I was even more impressed when suddenly there appeared one of these big new coloured buildings. They are standing like single flowers cropped in the landscape.”(F. H.) 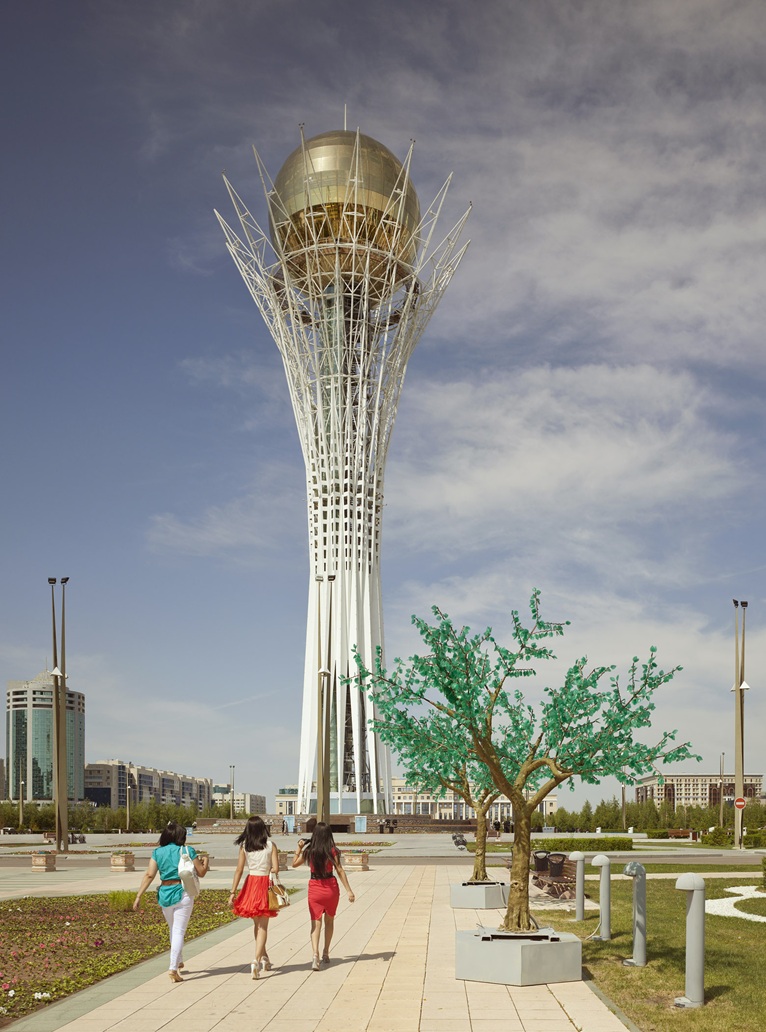 German photographer Frank Herfort has spent the last several years travelling across the former Soviet Union, taking pictures of the grand new buildings constructed since the fall of Communism. Some of his photographs have been collected in a new book: Imperial Pomp. 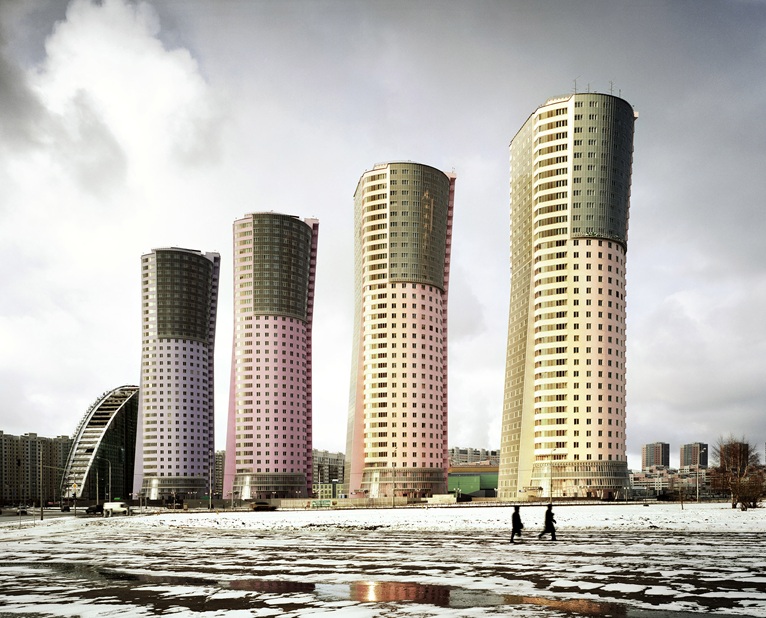 Through his shooting Frank Herfort tells an evocative story:

“The first building I shot was the Aliye Parusa Tower in Moscow, because I was really impressed with the combination of Soviet elements and decors, which were also used in all of the Stalin-era buildings (...) The rich love it, the poor hate it. It is quite prestigious in Russia to live or work in such kind of buildings. But especially in Moscow, a lot of people are against these monstrous buildings, because the doesn´t fit to the old traditional architecture of the 19th Century". 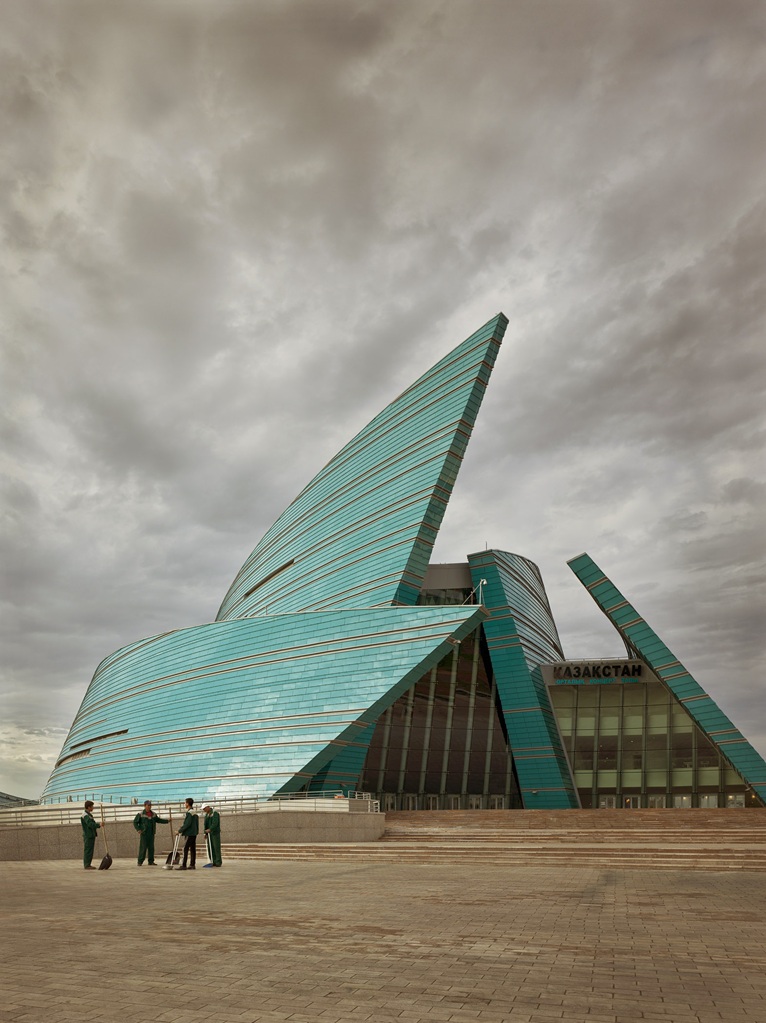 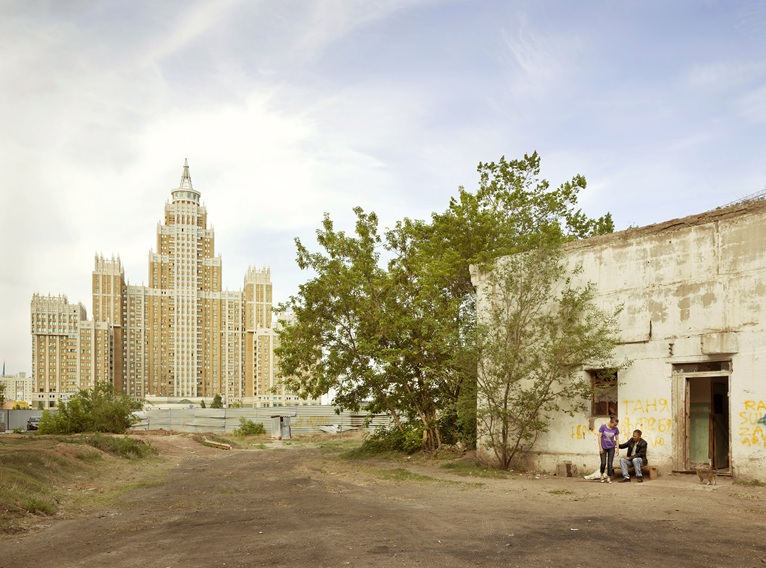 “The strange thing is that these buildings are also used to manipulate the humans and try to make them feel small,” Herfort says, finding a link between these post-Communist buildings and their Soviet ancestors. (...) I never had the idea, that these buildings are constructed and designed for people. If you go inside or around, you see that there are no infrastructure, no pavements, no real access.” 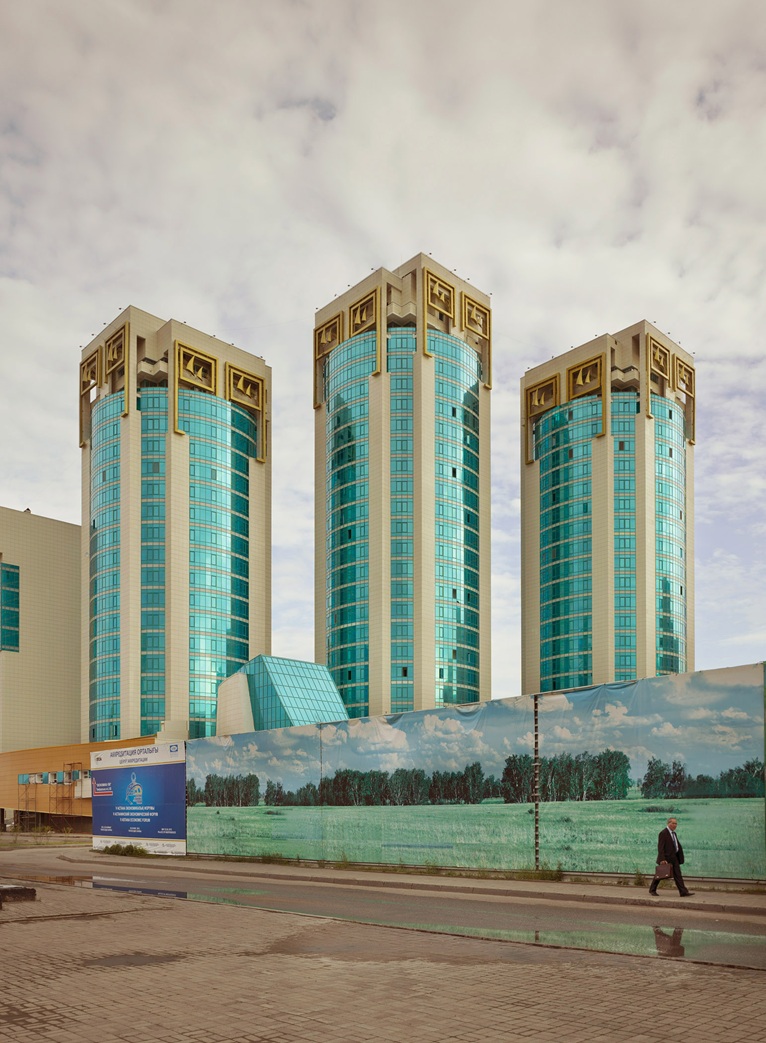 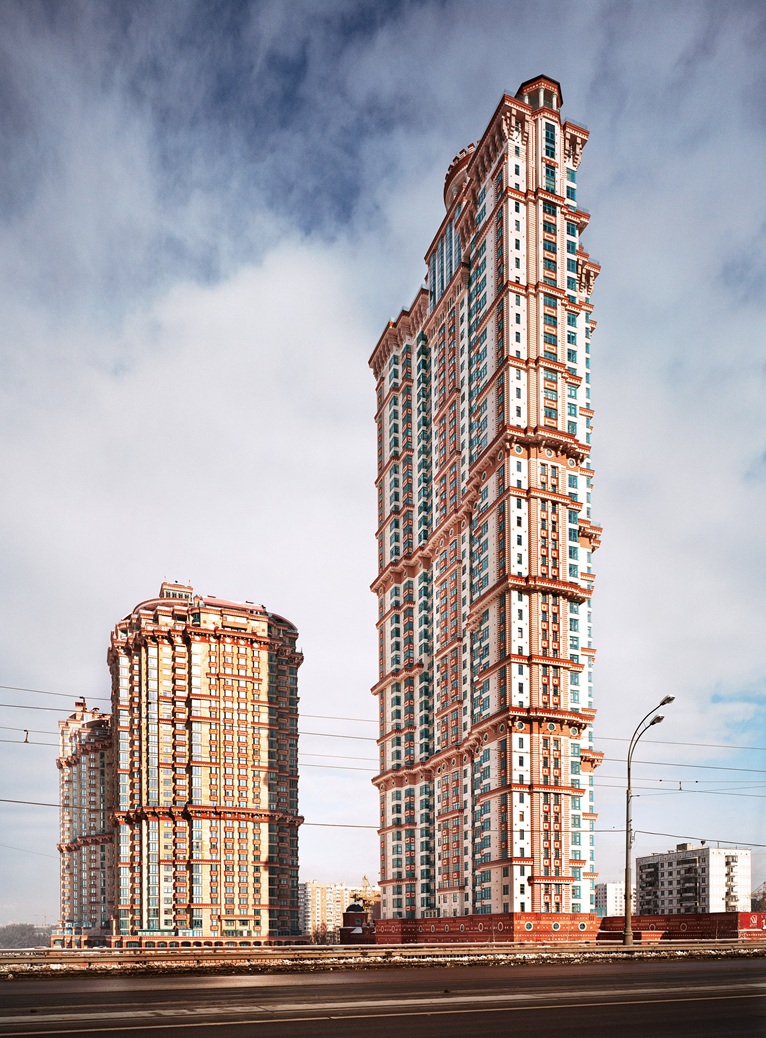 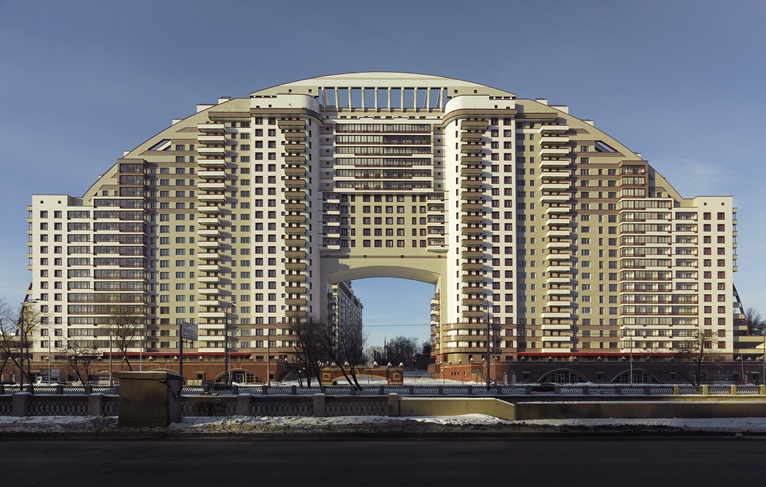 He continues: “After exploring Moscow’s structures I realised, that in all cities and former Soviet countries you can find such buildings. So, I travelled to Vladivostok, to Blagoveshchensk on the Chinese border on River Amur, to Astana in Kazakhstan, to Baku in Azerbaijan, to Sochi and to St Petersburg. And everywhere in between.” 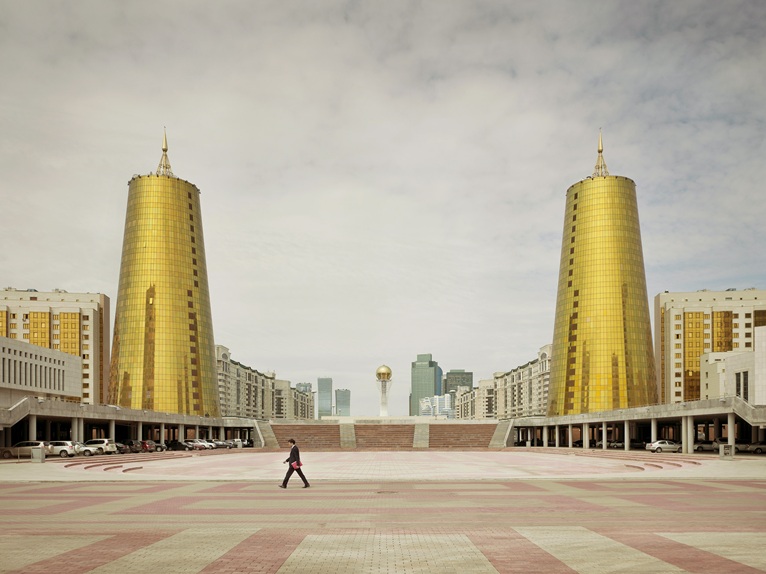 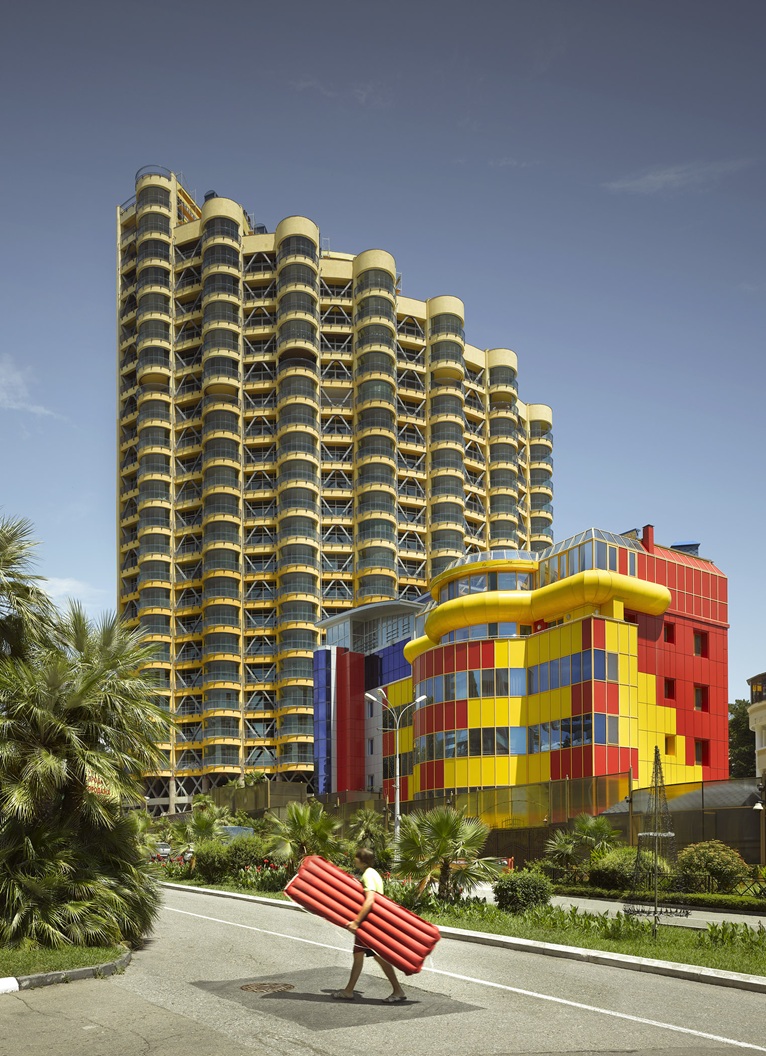 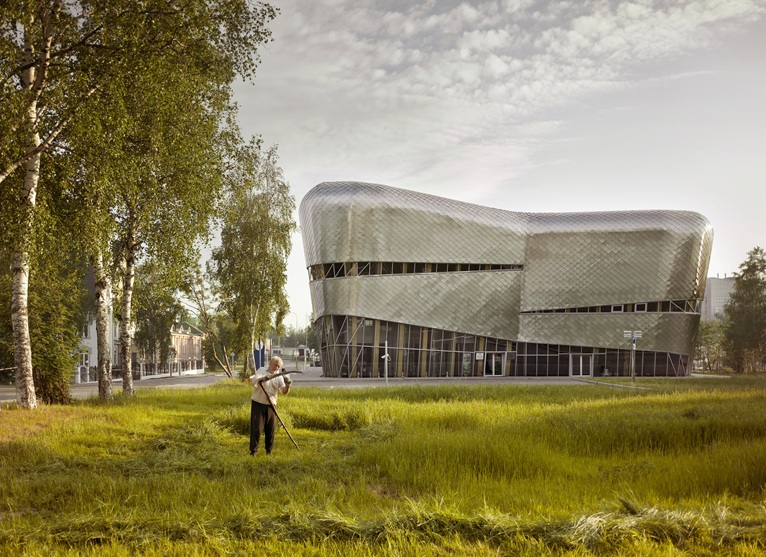 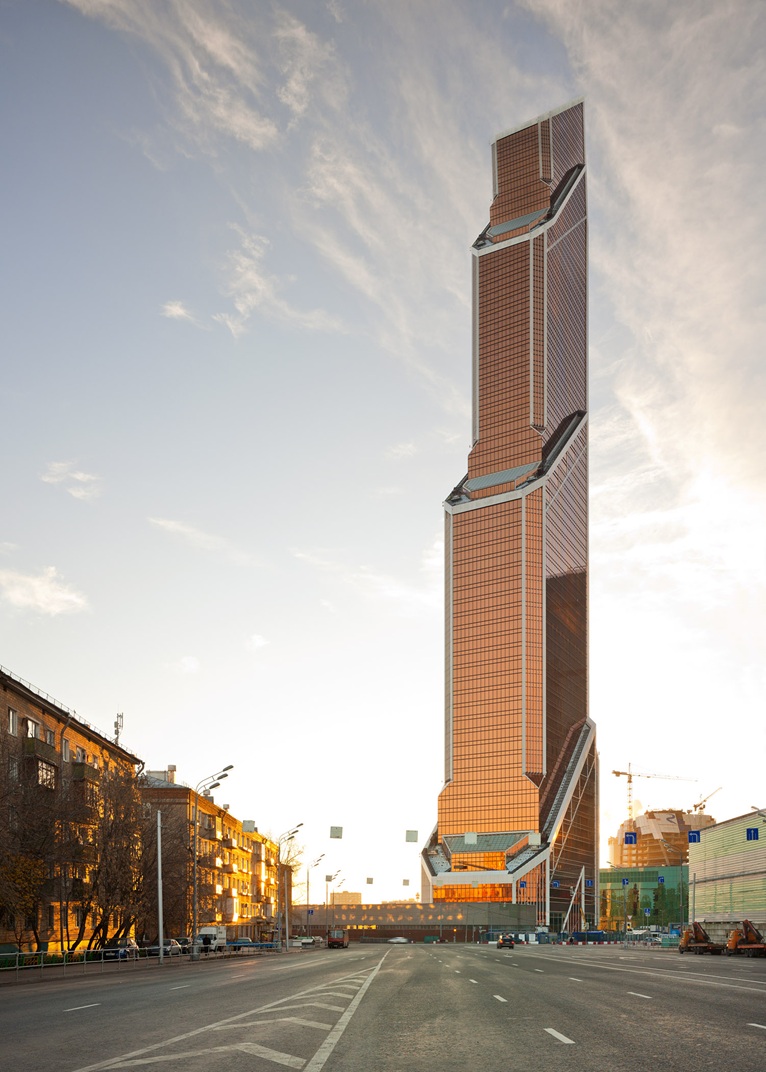 Frank Herfort was born in Leipzig in 1979. He began his adventure with photography in 2000, when he decided to study photography and visual communication at the HfbK in Hamburg. Four years later, he went on a scholarship to London to look for new experience. Since 2006 he has worked as a freelance photographer, living in two places almost simultaneously. He shares his work between Berlin and Russia, which continually provide him with inspirations for his artistic development. Frank Herfort has a keen eye for stunning settings and his skills are highly appreciated by many advertisers. The works of this artist are exhibited in galleries all over the world.