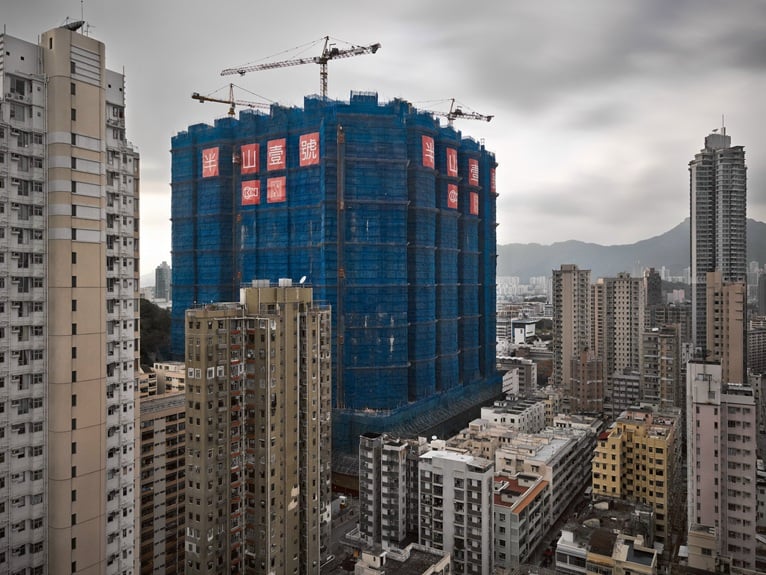 PHOTOGRAPHY_ Buildings caged in bamboo and draped in coloured fabric, masked by haze and fog. Beneath a canopy of clouds, against the monochromatic skyline: these spectacles were ordinary sights in Hong Kong, where for months the sheaths encased buildings being built or demolished.

Peter Steinhauer’s photographs are both works of silence and works full of life. Since 1993 he has been documenting the many facets of Asian cultures. Steinhauer focuses on photographing architecture, urban landscapes, natural landscape, man made structure and portraits from different countries throughout Asia. His finely crafted prints are exhibited in galleries and museums internationally, and are in private collections of the Carnegie Museum of Art, The Hong Kong Heritage Museum,numerous private and corporate collections, Embassies, and Ambassador’s Residences worldwide. He is also a recipient of numerous international photography awards. 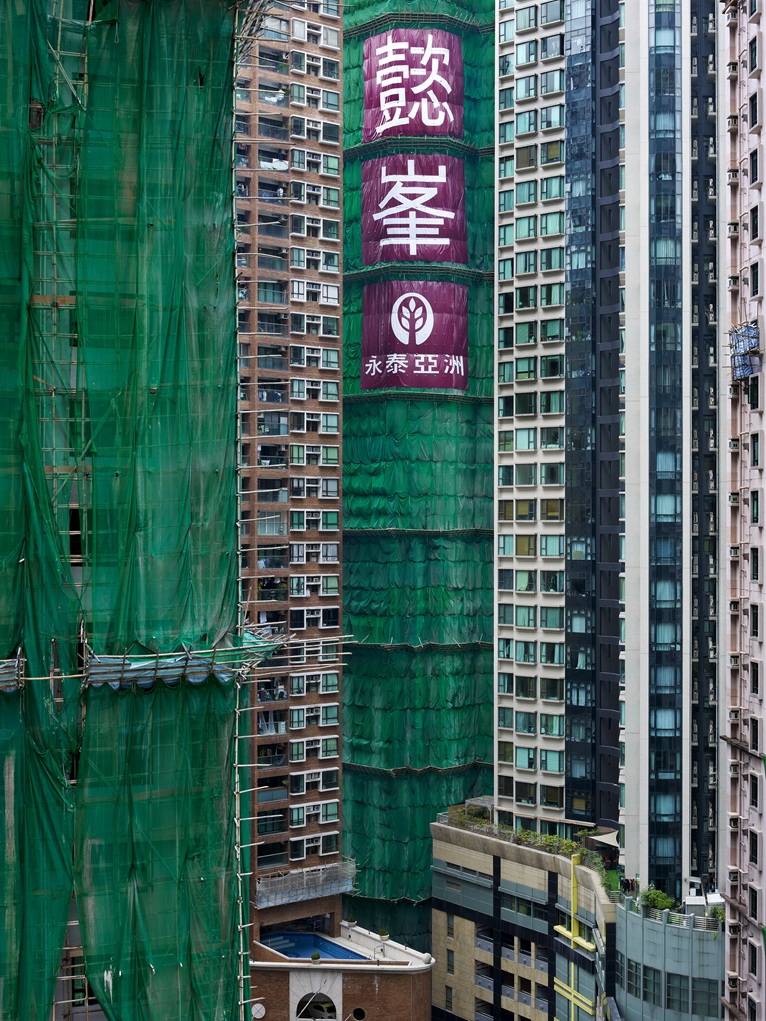 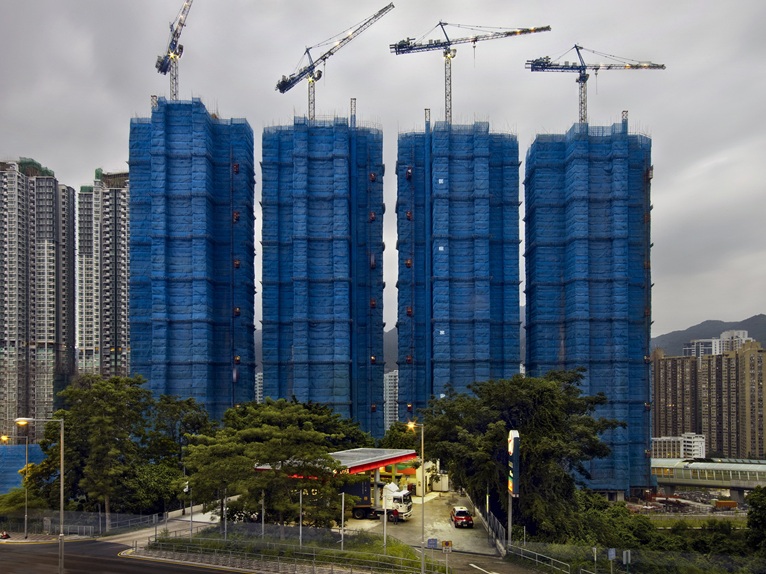 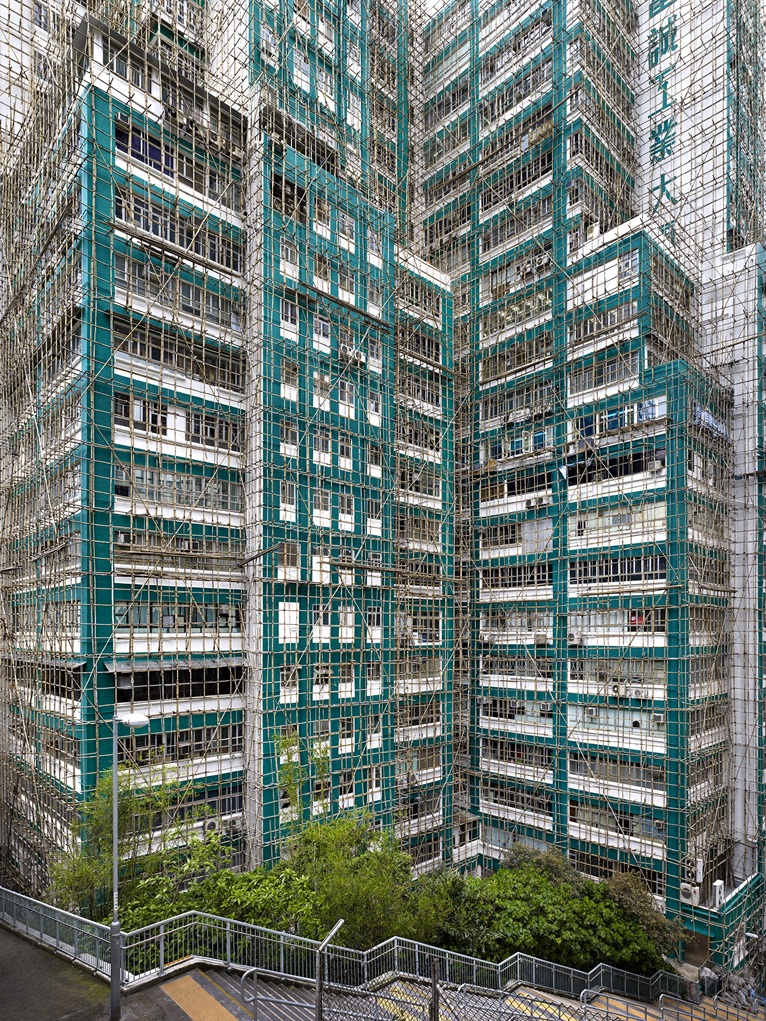 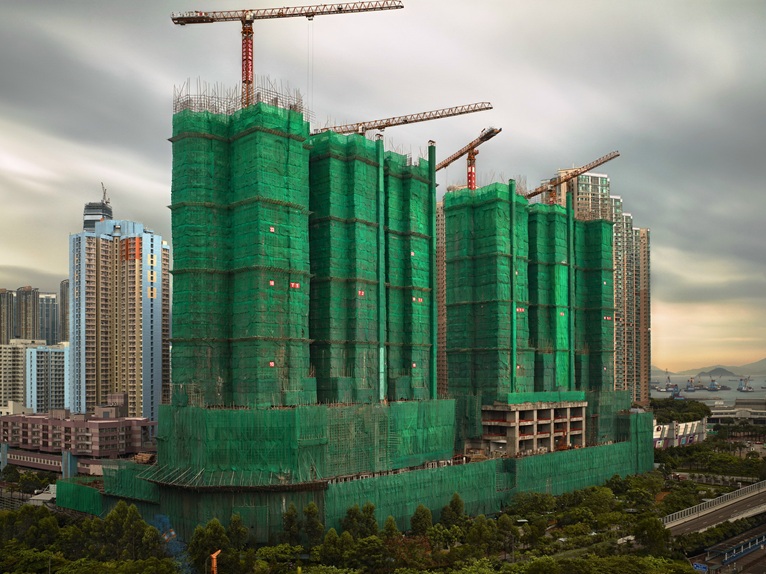 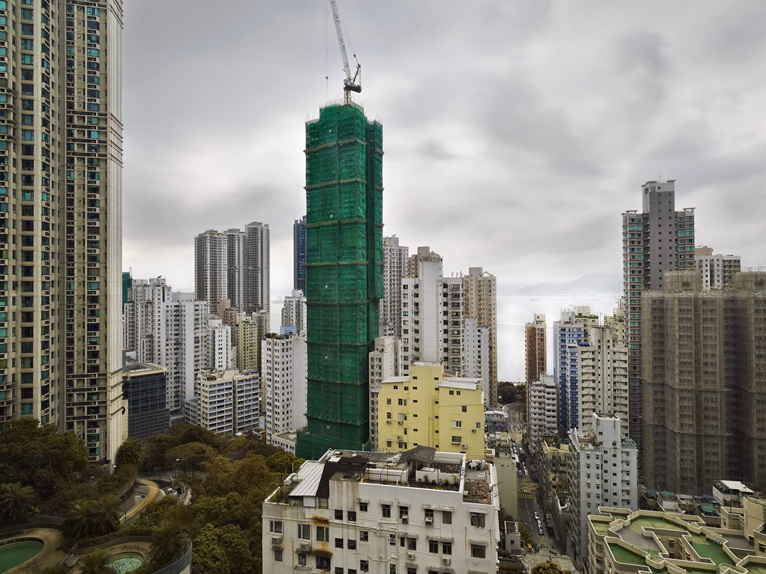 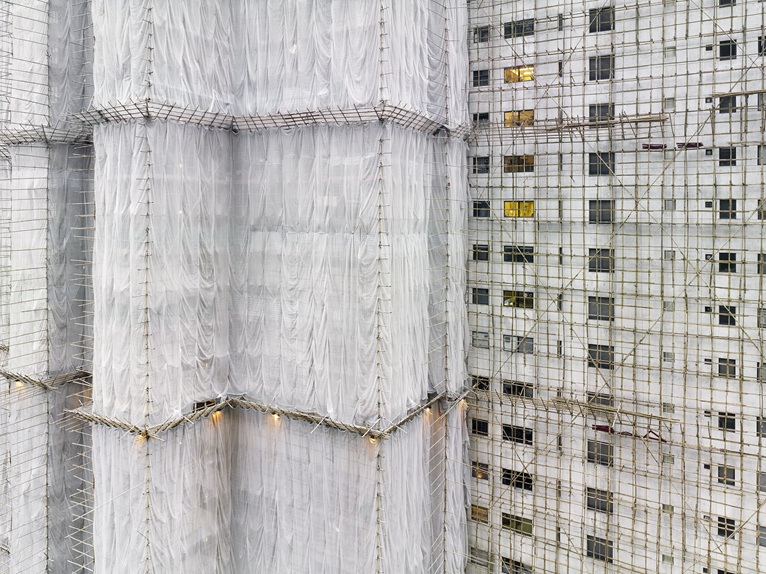 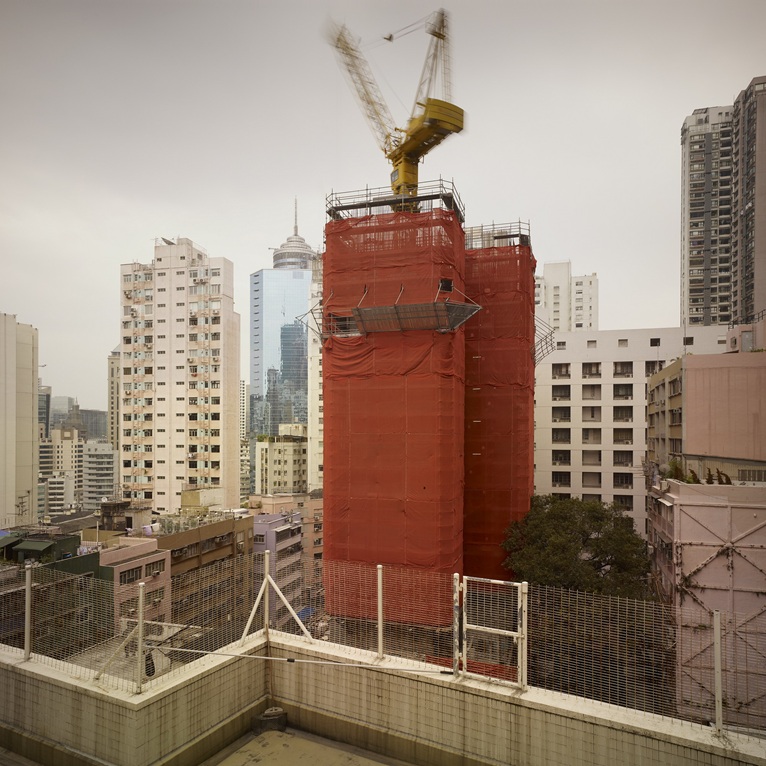 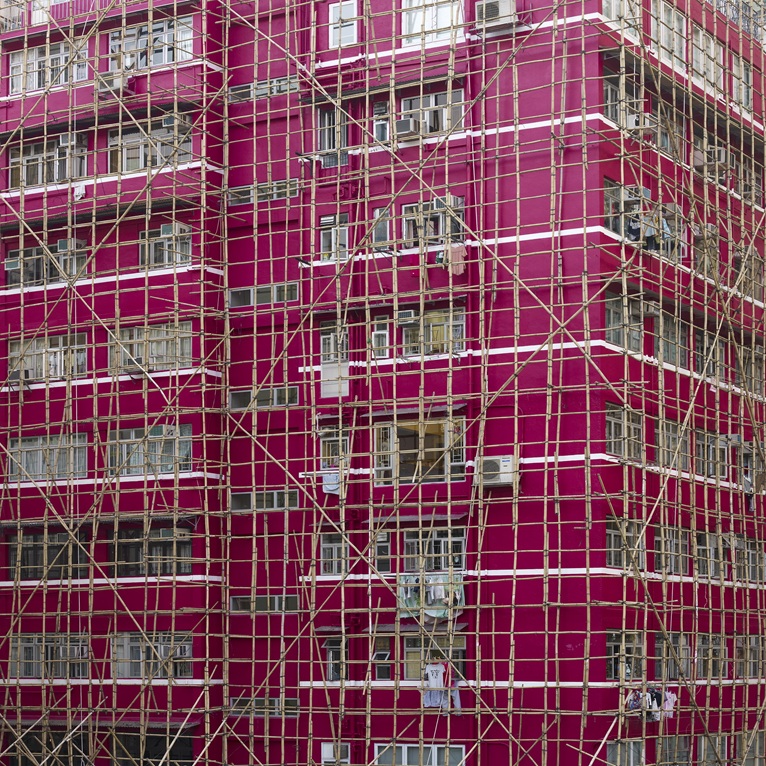 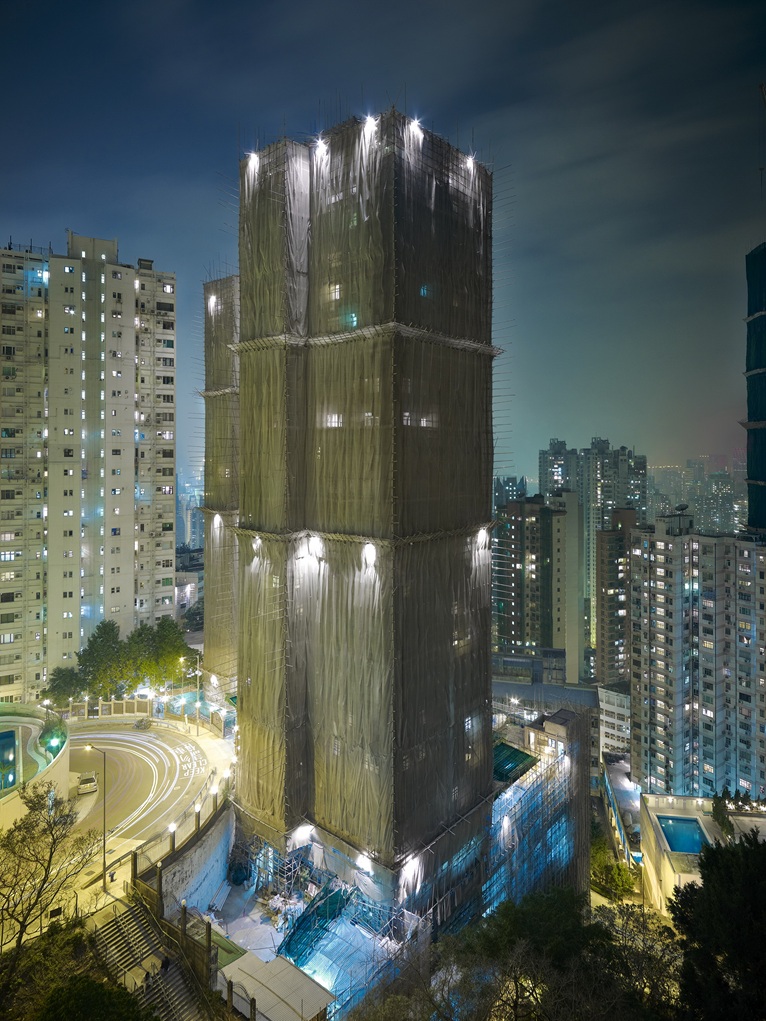 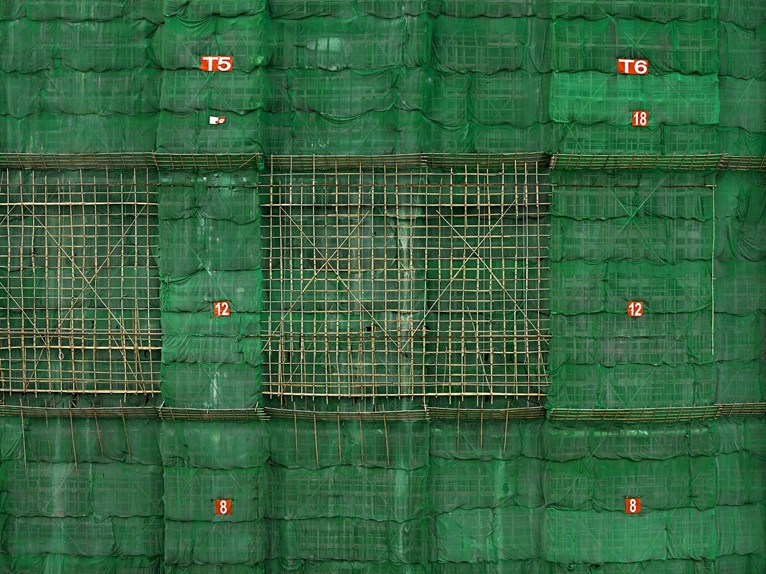 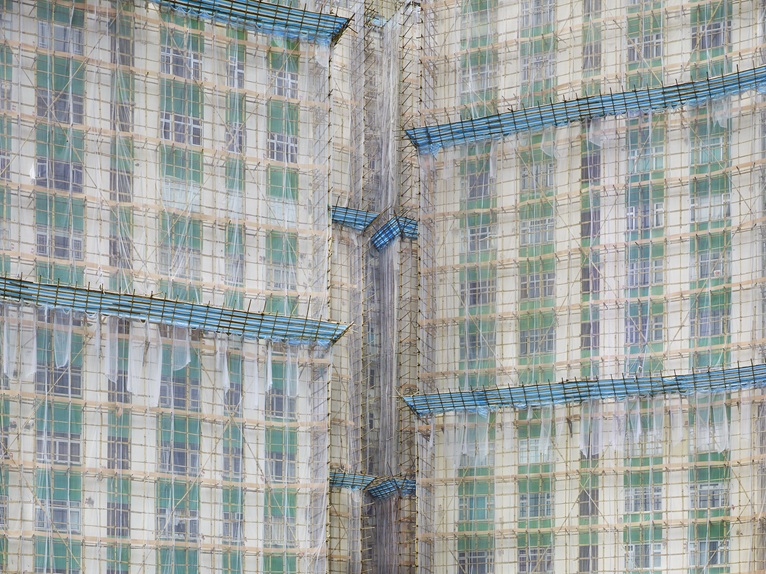 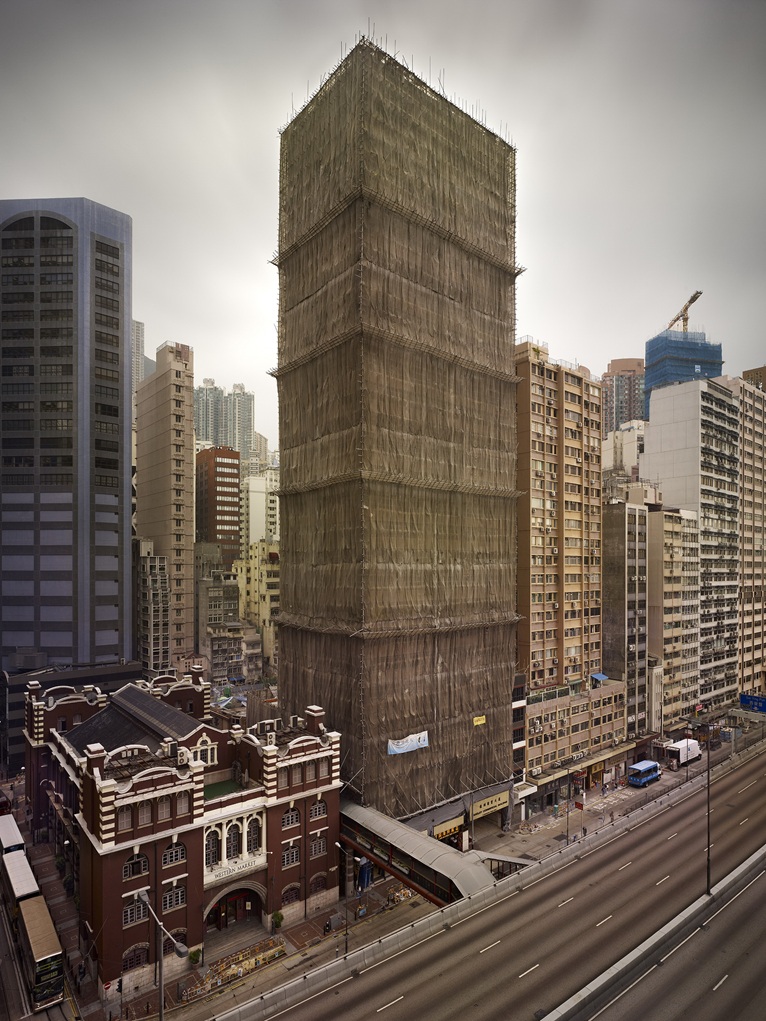 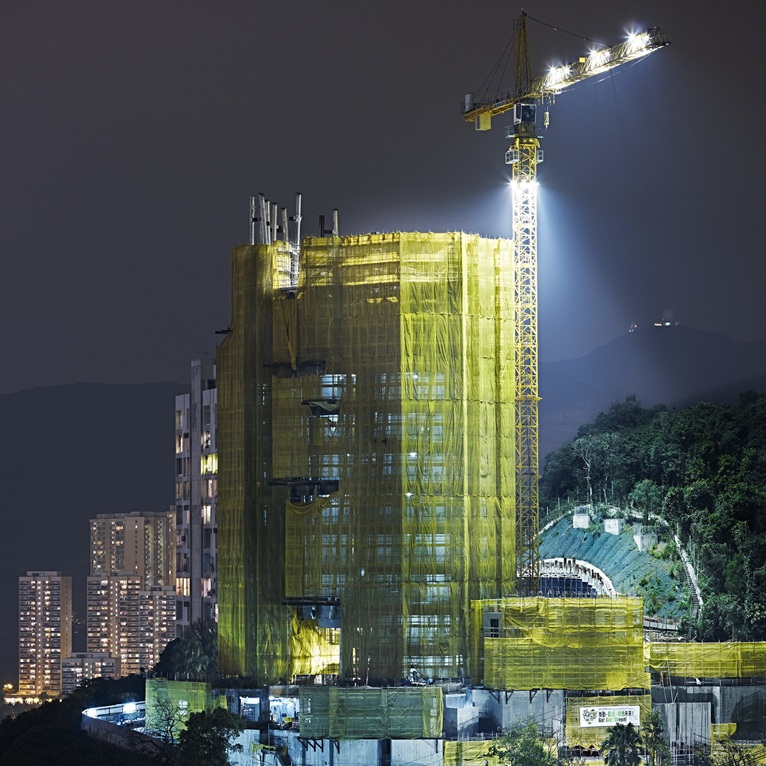 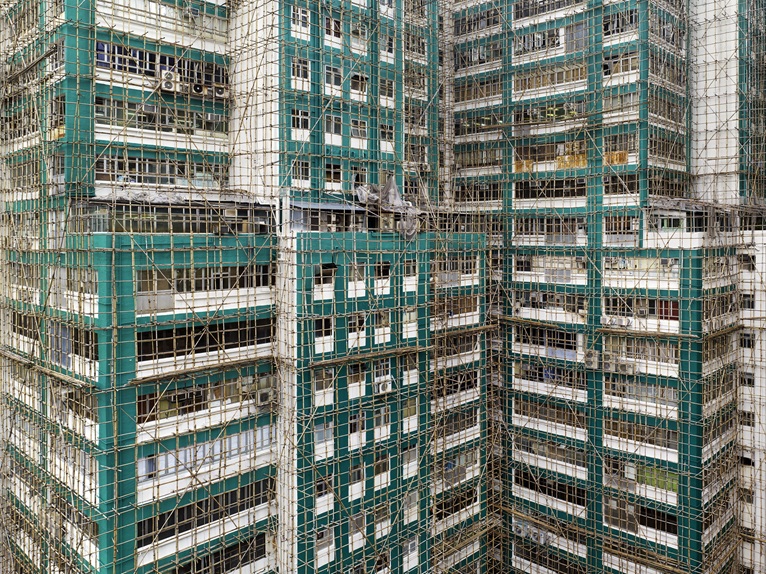 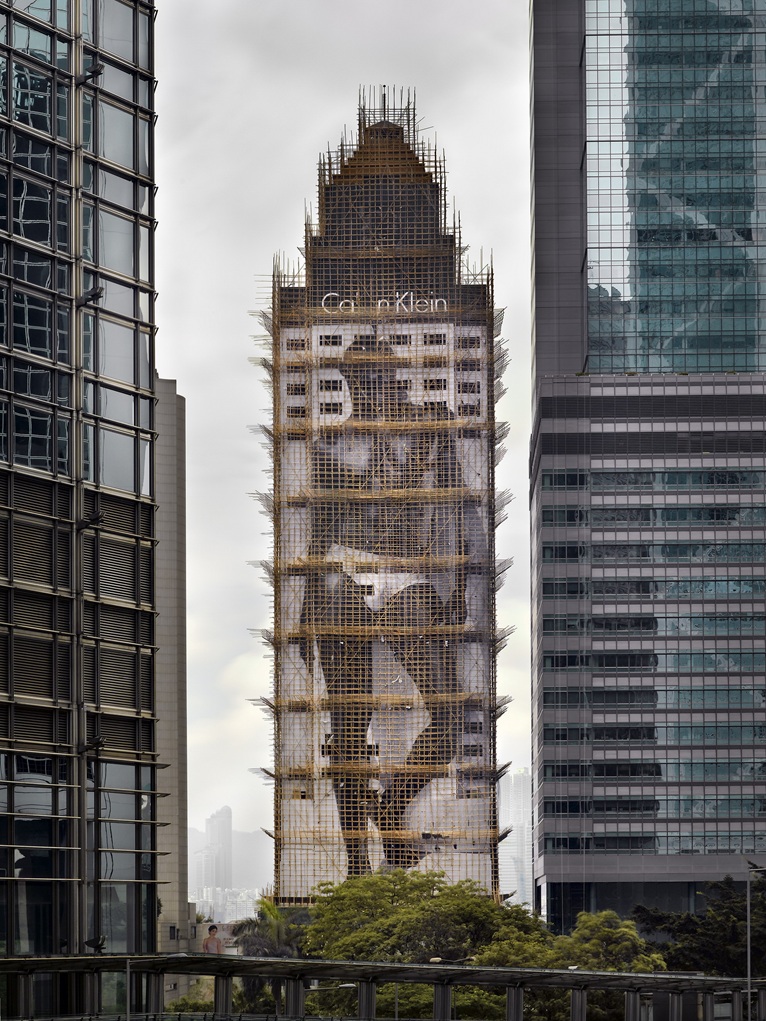 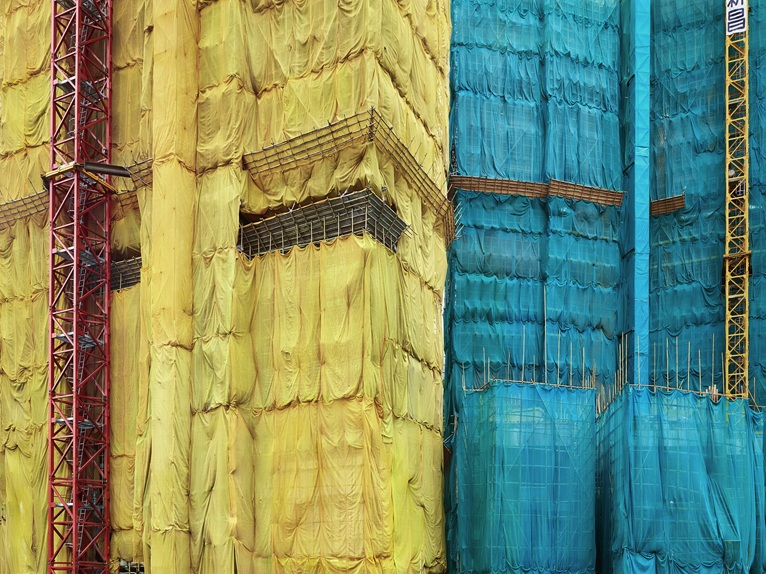 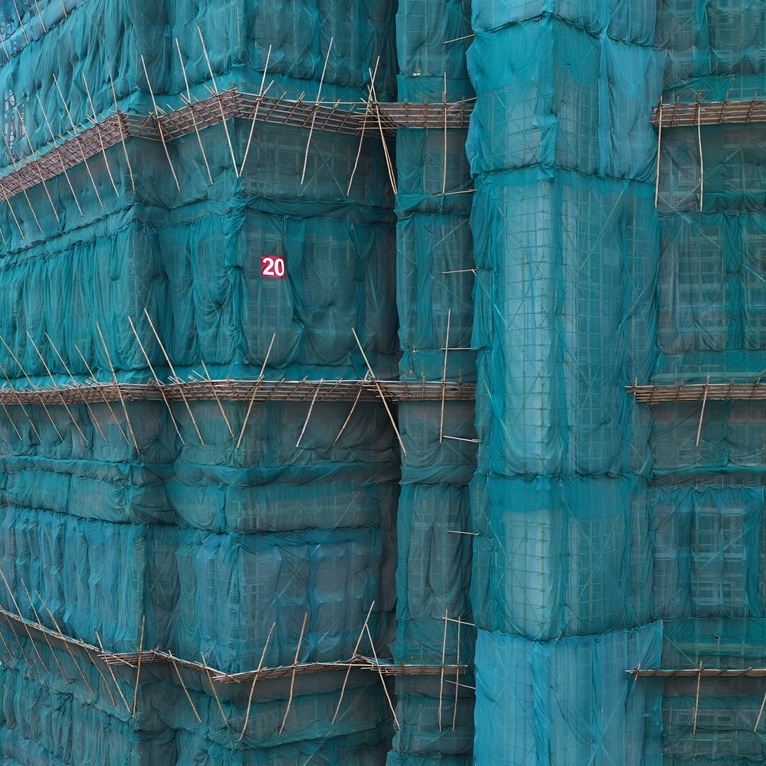 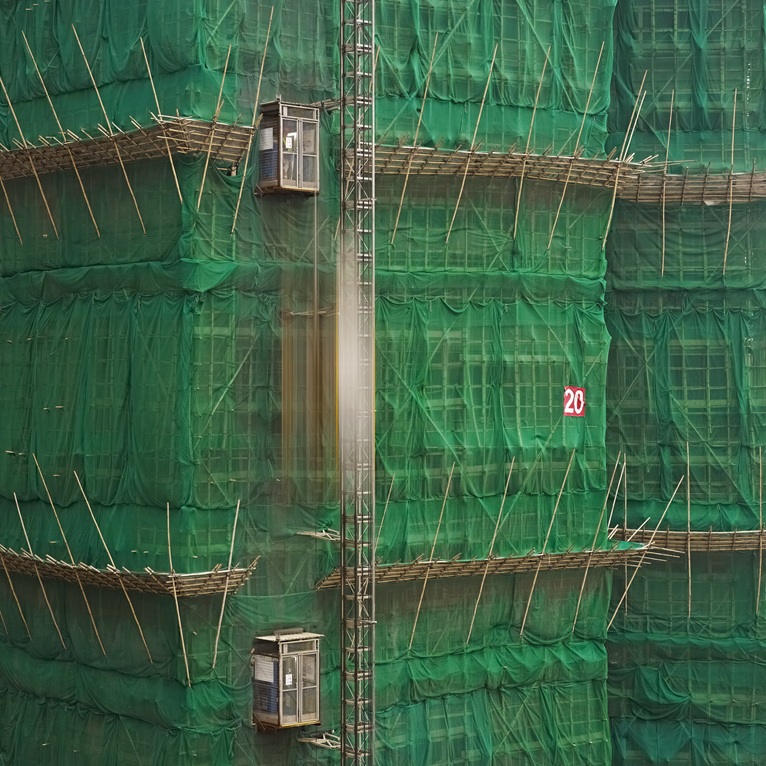 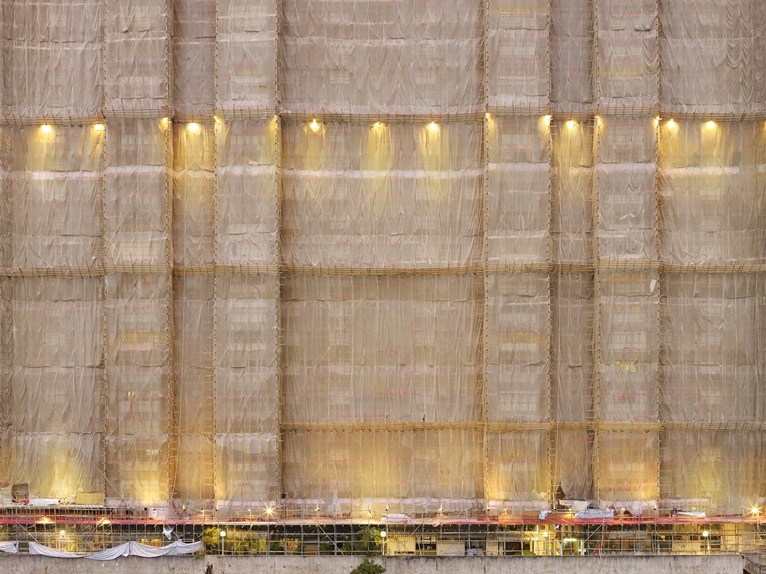 In 2014, Steinhauer’s Cocoons project was featured in the NY Times LENS and also selected into the Communication Arts Photography Annual. In 2012, Steinhauer’s Cocoons work was awarded with his third PDN Annual Photographic Award of Excellence; 2011, a Black and White Spider Award for Architecture and a One Life Award from PDN. In 2009 he was awarded in numerous categories in the prestigious IPA and PX3 Paris Annual Photography Awards. In 2004, Steinhauer was awarded a Ford Foundation Grant for his work from Vietnam and in 2005, the United States Embassy in Hanoi, Vietnam chose to exhibit Steinhauer’s photographs as part of the Ten Year Anniversary Celebration of diplomatic relations between the United States and Vietnam, which were exhibited at both the Hanoi and Ho Chi Minh City Fine Art Museums. Steinhauer is also a member of the elite Explorers Club in New York. 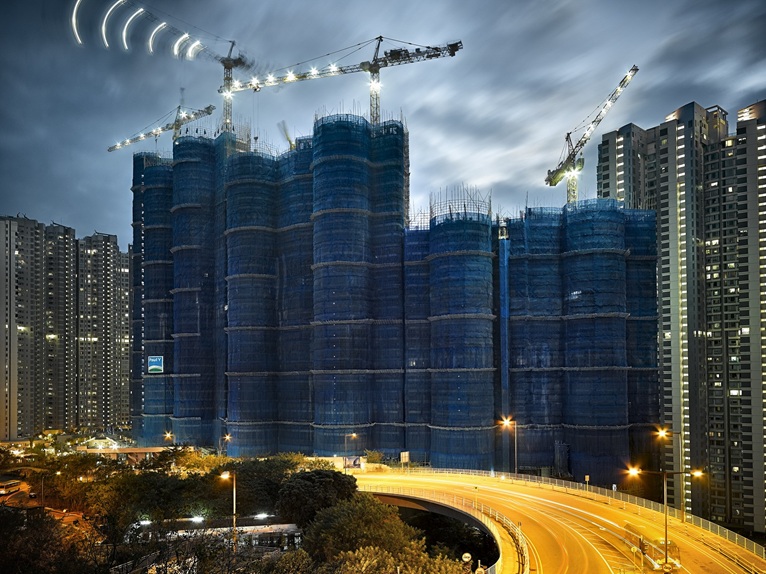