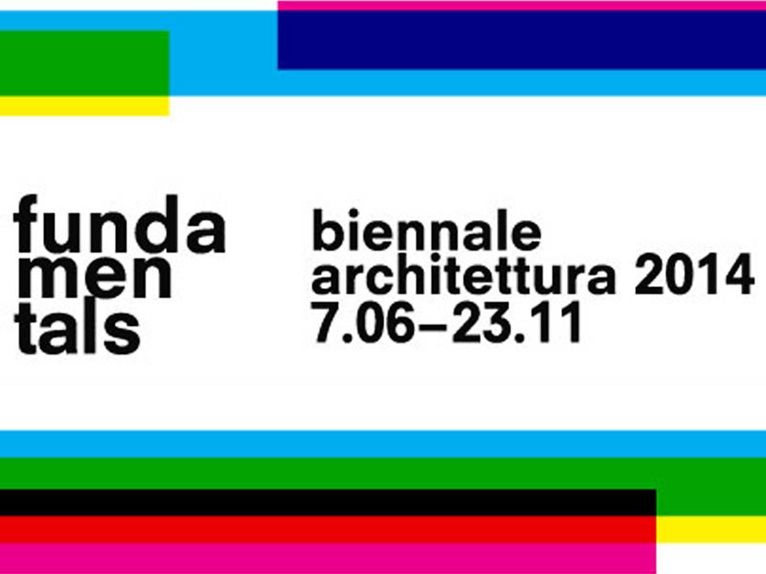 With the Golden Lion for Best National Participation assigned to Korea, the 14th International Architecture Exhibition of the Venice Biennale has officially opened yesterday. A cultural even that places Italy every year, especially around these weeks, at the centre of the world.

This year, however, the world, at least the virtual one, appears to pay a bit less of attention.

If we consider the English-written posts published in the 6 days before the opening day, the waiting was clearly higher the last year for the 55th International Art Exhibition: Art Biennale 2013 received in fact around 8,000 mentions on social channels such as Blogs, Forums, Twitter and Facebook, while Architecture Biennale 2014 stops at 5,000.

Architecture Biennale takes its partial revenge if we consider just the day of the opening cerimony: the social buzz last year around the 1st of June, i.e., the opening day of the International Art Exhibition 2013, generated around 3,000 comments. Yesterday we reached 3,500.

Still, the sentiment toward Art Biennale was better than the one received up to now for Architecture Biennale: during the opening day the percentage of positive comments reached 82% last year compared to 80% of this year.

While, if we consider the top-5 cities in terms of social buzz on Venice Biennale, last year we had two non-Italian cities at the top (New York and Manchester), while this year Milan is clearly “in control”, followed by New York, Chicago, Barcelona and Toronto.

Of course, everything has just started. It will be interested to check how things (social) evolve in the forthcoming months. Discover what we found out in the below infographic. 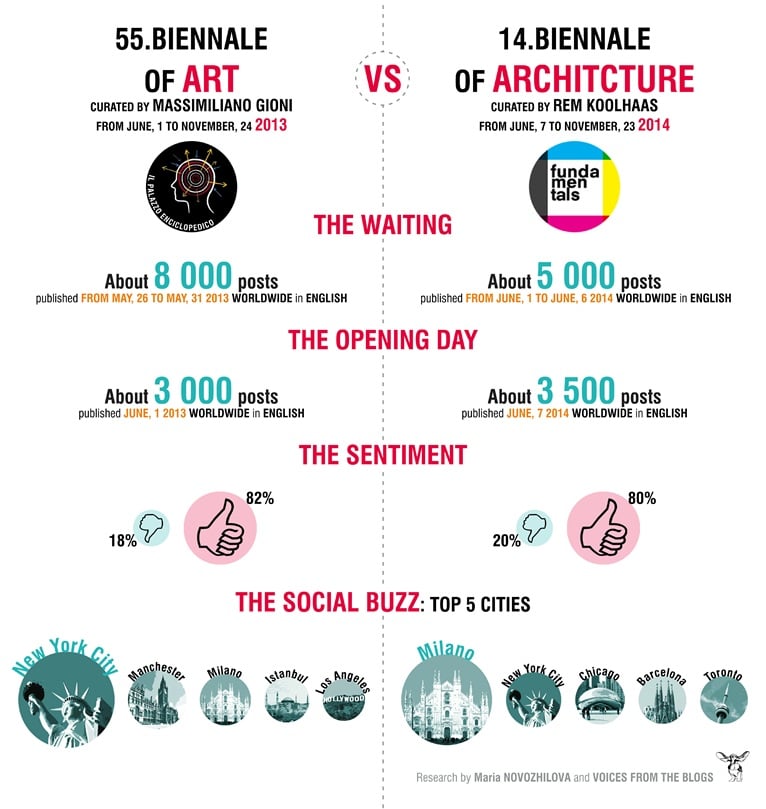 The article was originally published on Wired Italia in Italian language.