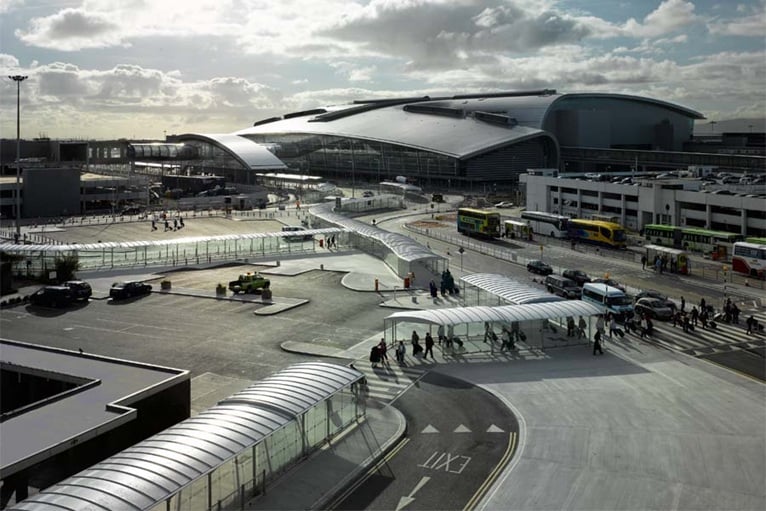 ARUP'S WEEKLY COLUMN _ Our insatiable thirst for air travel and air freight combined with the shortage of developable land in cities like London points to an obvious solution: more of us should live around airports. New city quarters in the environs of airports could easily plug into their transport infrastructure and make use of these underutilised spaces.

The term ‘aerotropolis’ is commonly used when referring to airport city developments, though the concept was first proposed in 1939 with Nicholas DeSantis’ Manhattan skyscraper airport concept. Since 2000 the aerotropolis has been extensively examined and pioneered as a form of economic development byProfessor John Kasarda. 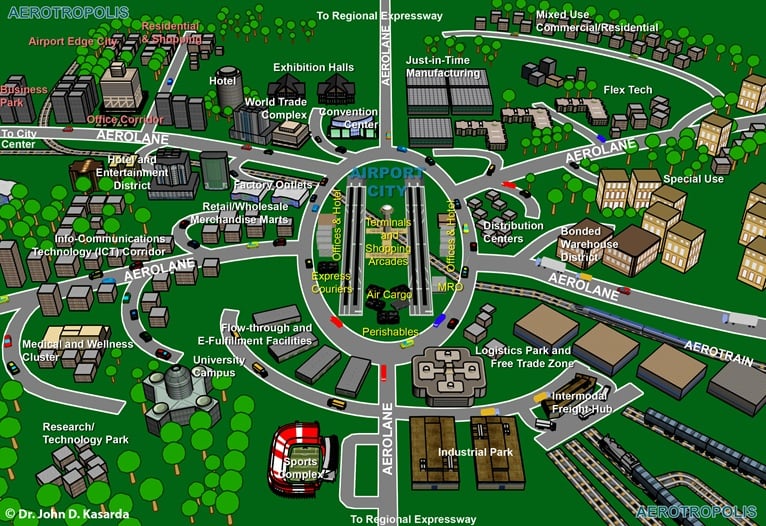 But while the traditional aerotropolis model relies on the movement of goods by air and the associated commercial opportunities, it has still to develop more urban-like qualities. I am interested in the idea of considering the airport city as a new typology which not only houses industry and commerce, but establishes the airport’s periphery as a destination with residential areas and complementary services.

The airport has become the intrinsic node between air travel and an increasingly mobile population, with cities frequently judged on the quality of their transport connections to the airport terminal; people want the airport to be easily and rapidly accessible. It is no coincidence that house prices near Heathrow and Gatwick Airports are high (excluding those under an approach flight path), despite being a long way from central London; these residents recognise the employment opportunity and connectivity that these locales on the fringe of both the city and airport offer. 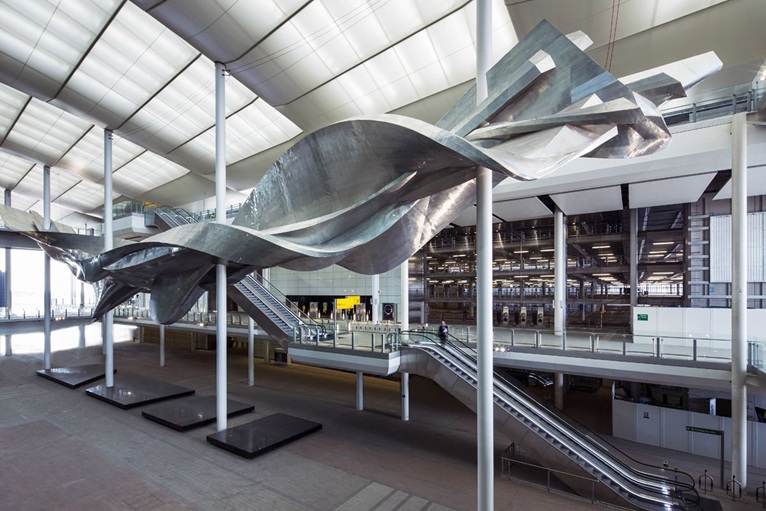 Credit Terminal 2A at Heathrow Airport

The airport creates a sort of a sort of jellyfish effect. People want to be close enough to benefit from what the airport can offer but not so close that they suffer the ‘sting’ of aircraft noise and pollution.

In the United States suburban development frequently embraces the airport. Company executives and consultants choose to live close to the global connections that their careers demand. The suburb of Las Colinas was planned in 1972 to benefit from its proximity to Dallas-Fort Worth, and has grown to become a successful example of an upscale, mixed-use development.

In the UK there is a still a stigma related to such proximity. But are there ways to counteract the disadvantages of living close to an airport and encourage development nearby, stimulating urban growth and creating places people actually want to live? I believe that there are. 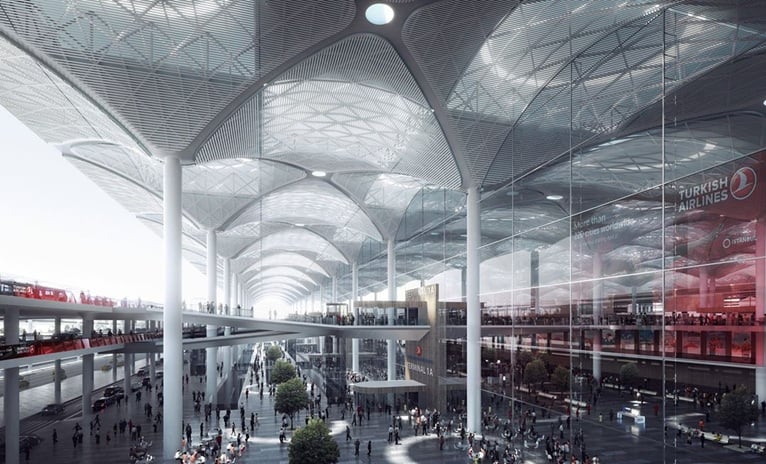 New jet engine technology, including high bypass geared turbofans such as the CFM Leap, will soon be seen on the latest civil airliners. They are 20% less polluting and reduce take-off noise profiles to as little as 75 decibels (comparable to a domestic hairdryer). This has the effect of shrinking the 57db contour around an airport, the zone in which aircraft noise becomes disruptive to residents. A further noise buffer can be established through intelligent zoning, keeping sensitive developments behind critical airport functions and away from flight paths.

While these new engines and development patterns will reduce disruption, there is still a need to alter the mindset that living near an airport is a negative thing. Inventively, Gatwick Airport has developed a compensation scheme consisting of an annual £1,000 payment to residents near its potential new runway. Such a model could be used to attract residential development and develop the airport periphery, reinventing the airport surrounds. 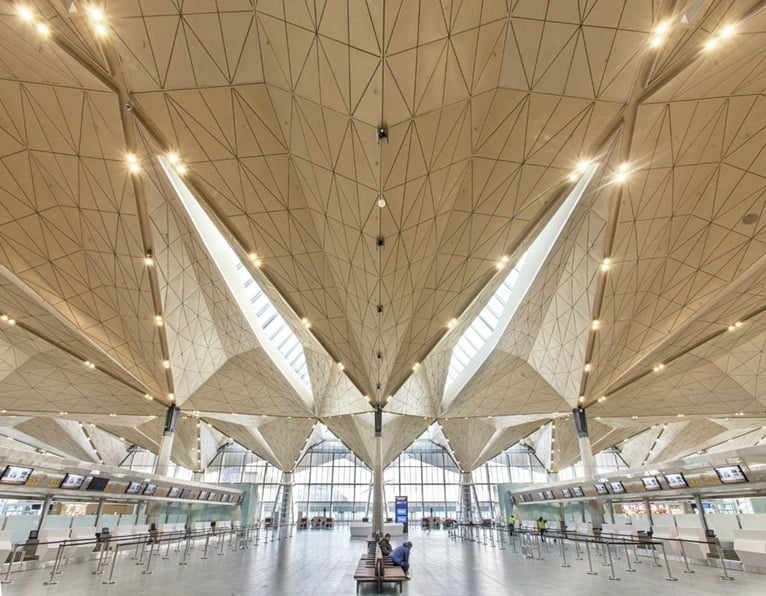 Similarly, could an airport offer a co-operative structure rather than an established compensation scheme? Maybe it could share profits with local residents and link its performance to their annual dividend, for example.

With a model like this in place, living next to an airport would certainly seem very attractive to me. Do you feel the same way? 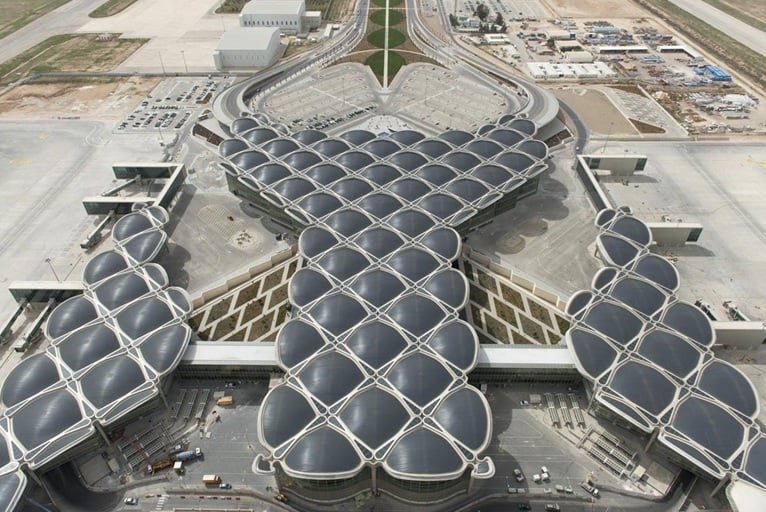