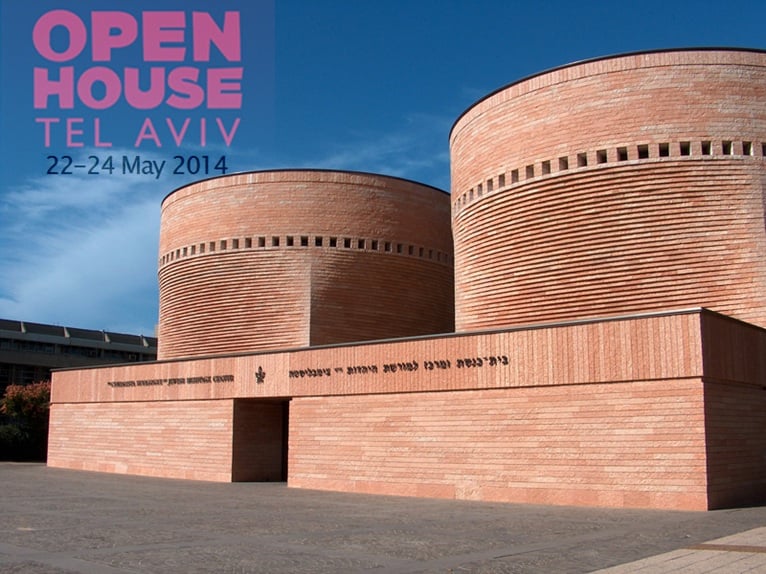 This weekend Thursday 22nd to Saturday 24th May, Open House comes to Tel Aviv, in Israel. Like in the other 25 cities where this event is held every year, private spaces – designer lofts, urban villas, unique religious buildings, architecturally significant public buildings, curious construction sites, plazas and gardens will be open to the public to visit free of charge for a whole weekend. 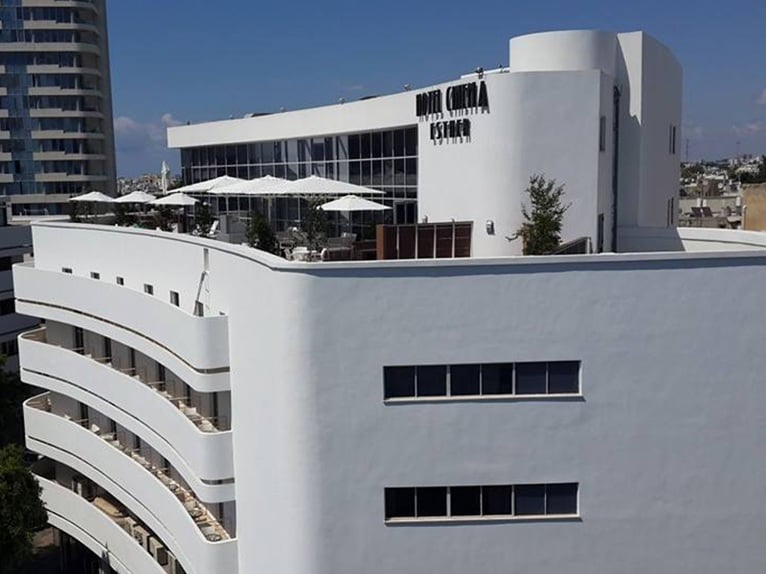 Tel Aviv is the second most populous city in Israel with about 400,000 inhabitants in the city compared to Jerusalem's over 800,000. However, if we consider the metropolitan area, it becomes over 3 million for Tel Aviv compared to Jerusalem's 1 million. Tel Aviv was founded on the outskirts of the port of Jaffa, but since it grew quicker than the port city, it quickly incorporated it and is now known as “the city that never stops” because of its nightlife. It is, however, more famous under its other name the “white city” the name given to the city because of the over 4,000 Bauhaus architecture buildings built there from the 1930's by the German jewish architects fleeing from Nazi Germany. 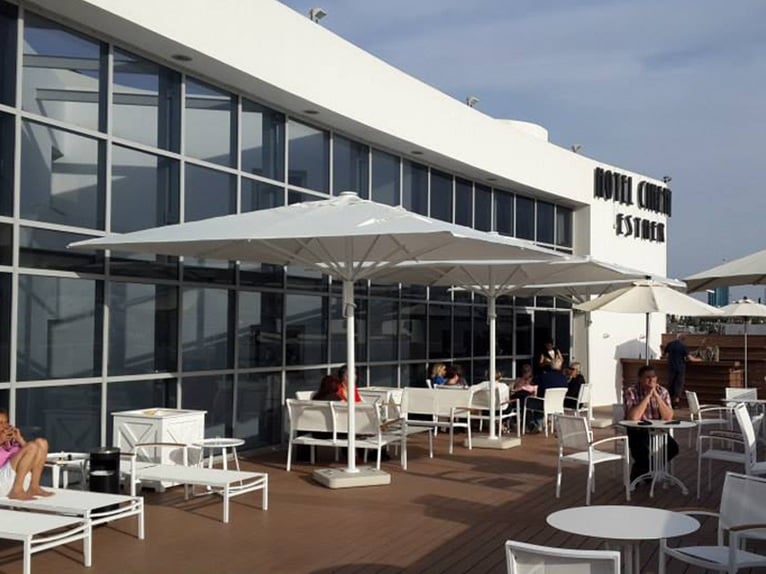 Open House Tel Aviv offers the opportunity to visit many of these buildings including the Hotel Cinema designed by Architect Yehuda Magidovich in 1939 and renovated by Aryeh Debilanski in 2001. This Bauhaus building was originally a legendary cinema called Esther Cinema but in 2001 it was transformed into the first Boutique hotel in Israel. 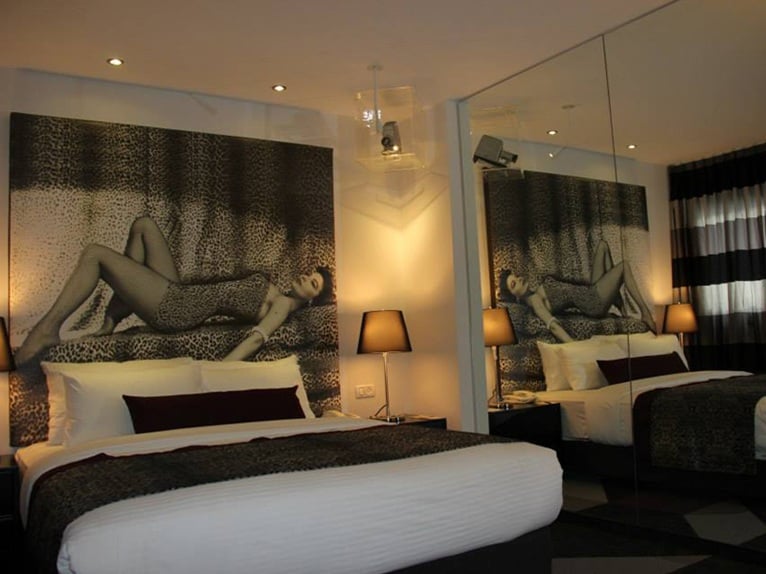 Using original posters and brochures printed in the 1950's, the hotel preserves the ambience of the old Cinema, which operated out of the premises for around 50 years. Visitors will be led on a tour by the historian Danny Goldschmidt, the gransdon of Esther Goldschmidt (who the cinema was named after). 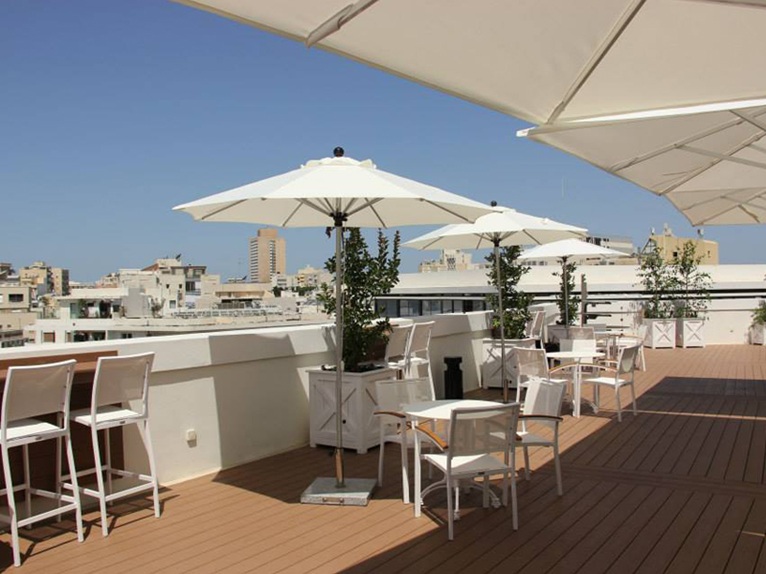 Participants will be able to visit some of the rooms including the Ava Gardner Suite and go up to the balcony that overlooks Zina Dizengoff Square.

Bauhaus is also the cue for exhibitions and fashion shows which will be taking place this weekend. The Bauhaus and me exhibition organised by the artist Andrea Morein asks the question "How does Israeli culture relate to the architectural and design ideas found in the German Bauhaus style?" The artist will talk about the use made of iconic Bauhaus images in Israel in the 1950`s, from a contemporary art perspective. 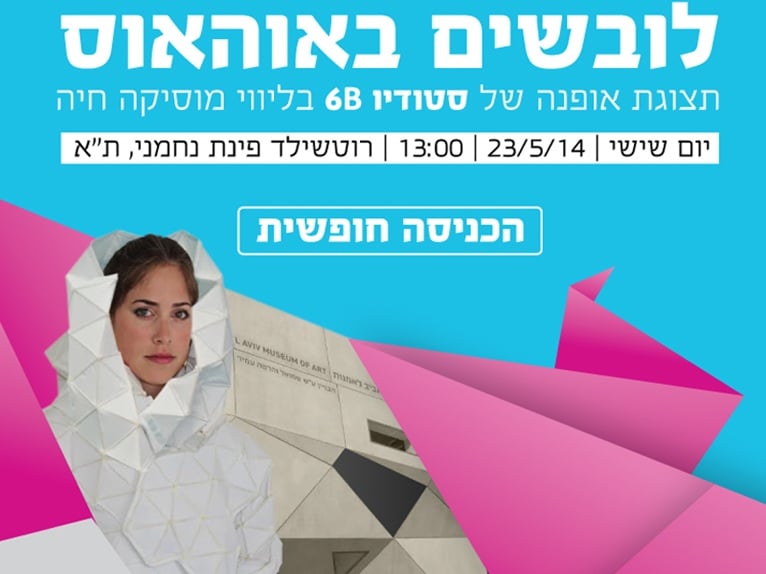 Fashion design students at Studio 6B invite you to an alternative fashion show that was conceived as a tribute to different architectural styles in Tel Aviv: Bauhaus, Brutalism, and Eclecticism called “Wearing Bauhaus and donning ecclecticism” It will take place on the city`s main boulevard, an open architectural museum of Tel Aviv`s building styles.The fashion show will include choreography of 21 models, dressed in collections inspired by the architecture and people who comprise the urban mosaic. The models will march down a red carpet to the sounds of a live band. 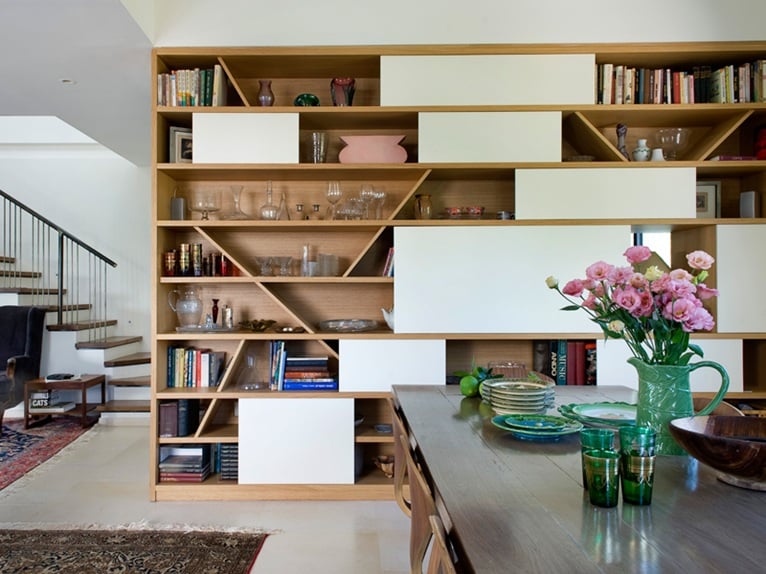 The weekend also gives people an opportunity to visit houses. Gordon House – designed by Dana+Roy Gordon:Architecture Studio for instance is a building addition commonly found in homes in the residential area of Hadar Yosef. 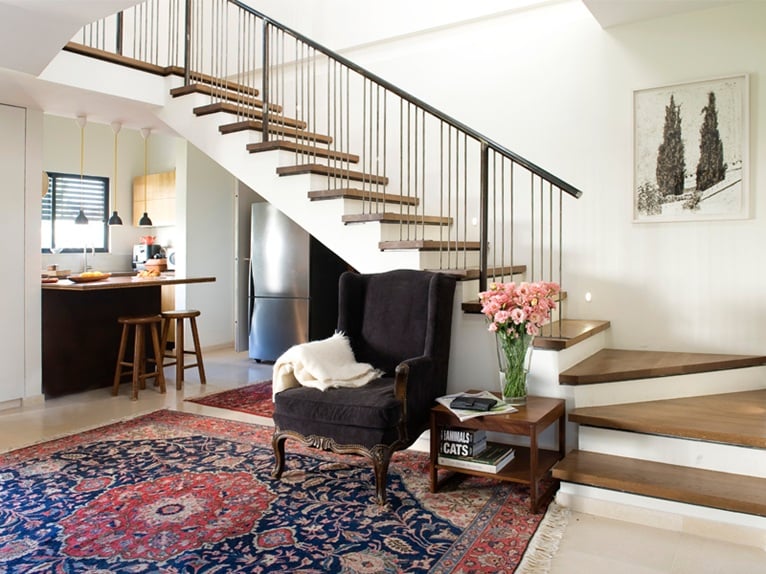 It comprised extensive renovations and adapting the house to the needs of the owner, who moved there after living in Jerusalem for many years. The design underscored the utilization of natural light and the uninterrupted connection between the home`s different rooms and floors – achieved, for example, by a bookcase that enables the living room to be separated from the guest room. 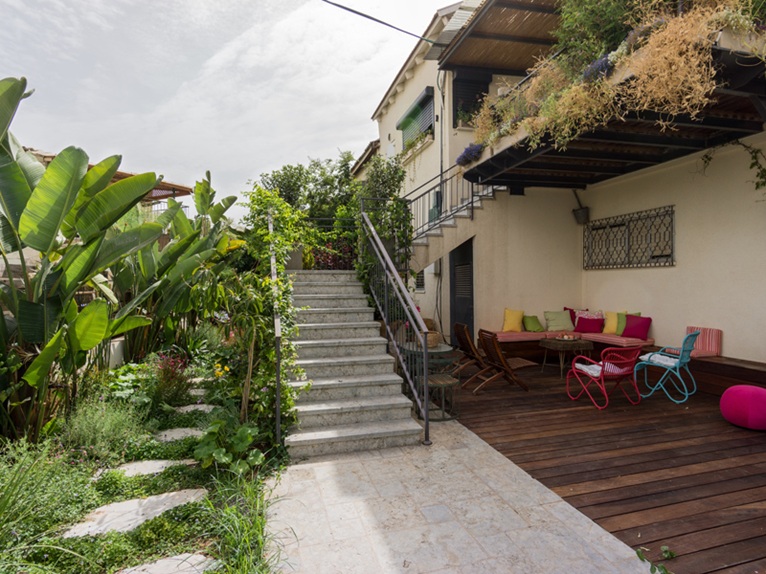 The Jerusalem ambience that the owner sought to give the house is created by natural finishing materials and a garden rich in typical Jerusalem vegetation. 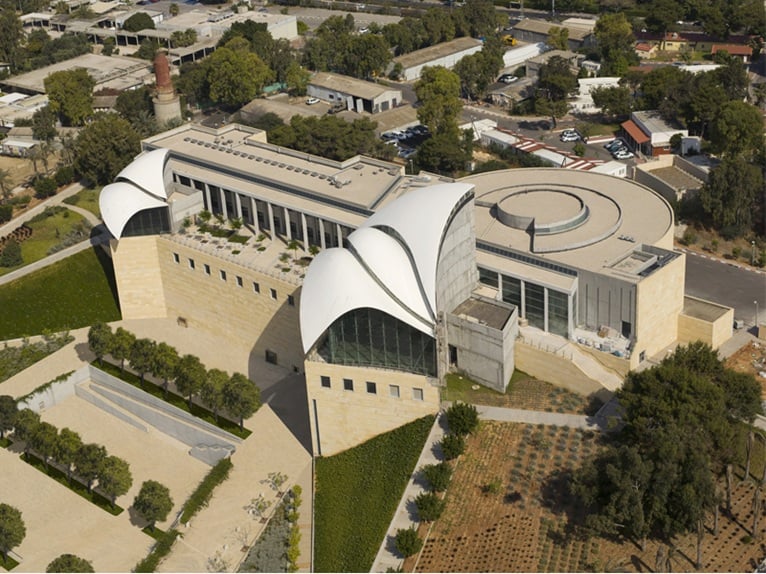 The Rabin center – a project commemorating the late prime minister Yitzhak Rabin and containing the Israeli museum designed by the Architect Moshe Safdie with Associate architect Zahi Halberstadt in 2005 - will host sessions with Zahi Halberstadt, the building`s architect, and Uri Abramson, the museum`s planner and designer. 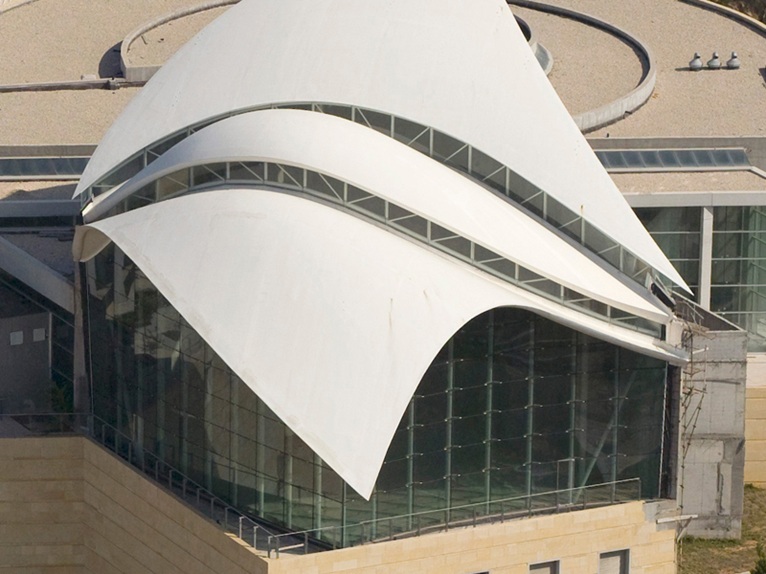 They will talk about the conceptual approach behind the design of the Rabin Center and The Israeli Museum, which depicts the annals of the State of Israel and Yitzhak Rabin`s life story. 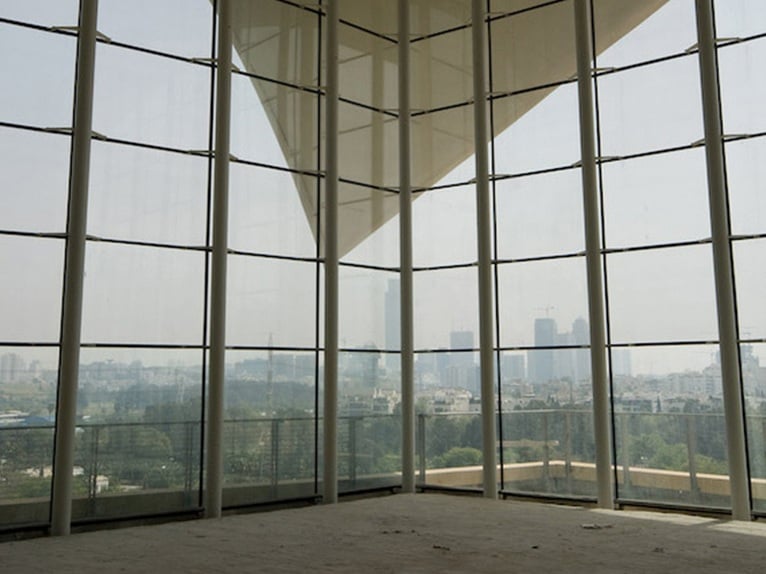 The sessions will include a tour of the building, which is surrounded by gardens and features dove-shaped roofs. 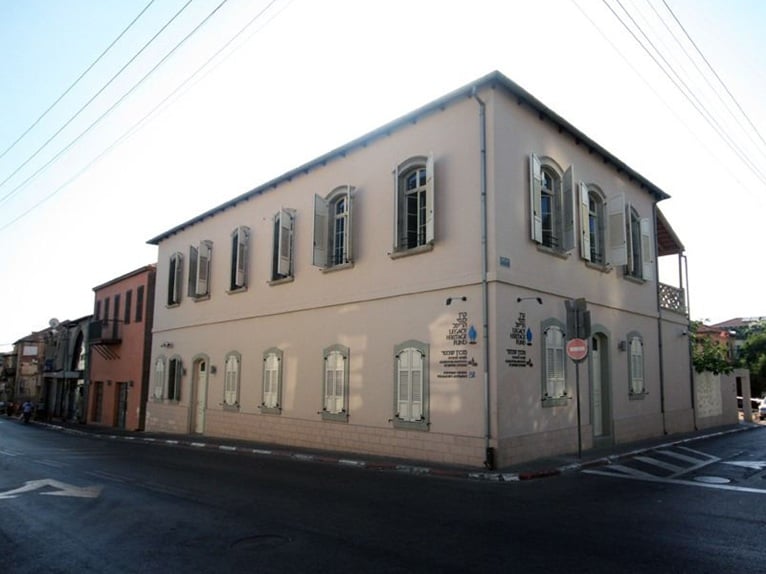 Another very interesting building to visit is the Schechter institute of Jewish studies' Café Lorenz, built in 1886 by an unknown architect, it was restored by architects, Kimmel Eshkolot Architects in 2012. 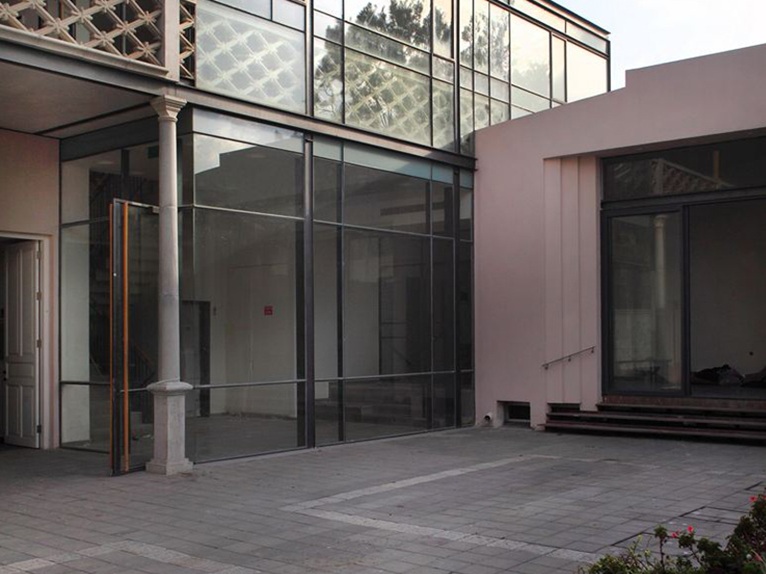 The building is one of many other similar buildings constructed by another group of Germans who left Germany because of persecution called the “Templers” or “Templars”. They were a christian sect, rejected by the Lutherian Germans, who started settling in the Holy Land to hasten the second coming of the Messiah. They were a farming community, which flourished after initial difficulties when over a quarter of the original 125 settlers died, thanks primarily to the famed Jaffa orange which they cultivated. Despite being forced to leave, they retained strong ties with their homeland Germany and when Hitler came to power they were attracted to Naziism by the hope that their position as a minority in a foreign land would be strengthened by a strong Germany. Hence the term “Templer” became considered akin to “Nazi”. In many cases it was true and after the capitulation of the Nazis, Templer architecture was confiscated by the State of Israel as “compensation” for the Holocaust although some people were against it considering that “preserving their homes is like building a monument in Hitler's memory in Rabin Square”. While others said “If indeed we presume to be cultured people, we must be able to step away from our political views, these and others, and consider the architectural and urban values of the buildings and in that way decide whether to preserve or raze them". Fortunately the Schechter Institute decided to preserve Cafè Lorenz and this weekend if you are in Tel Aviv you have the opportunity of visiting it. 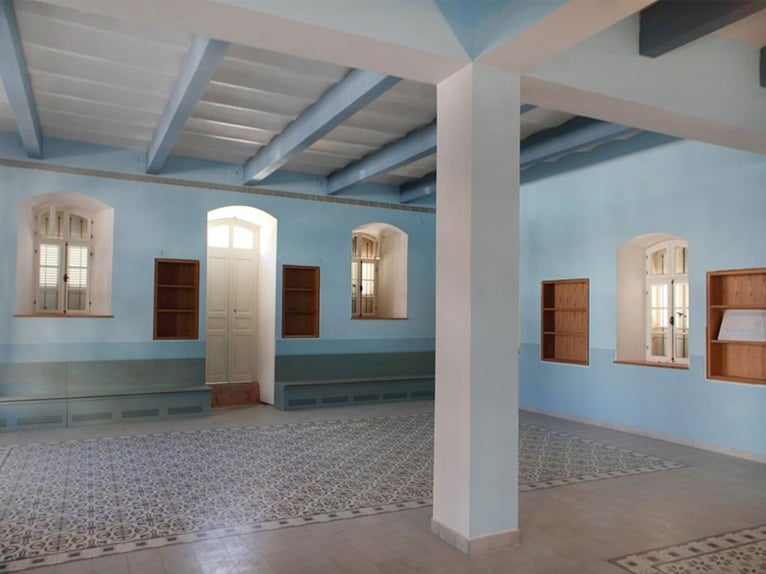 The building was commissioned in 1886 by Franz Lorenz – a member of the Templer community who settled in the American Colony in 1870. For a number of decades, between 1909 and the middle of the 20th century, it served as cultural and social center that housed a popular café on the ground floor and a banquet hall on the second floor (which later became the "Kesem" movie theater). The building was constructed out of local sandstone and Marseille shingles and was one of the first to have electric lighting powered by a generator. Its recent renovation and preservation has been carried out by restoring all its original elements after it had been left abandoned for over 40 years from the 1970's.

Visitors will also be able to see the photography exhibit – "In Foreign Eyes – Templers in Tel Aviv" – currently on display at the Institute, which includes photographs taken by Templer settlers in the Wilhelma neighborhood at the beginning of the 20th century. 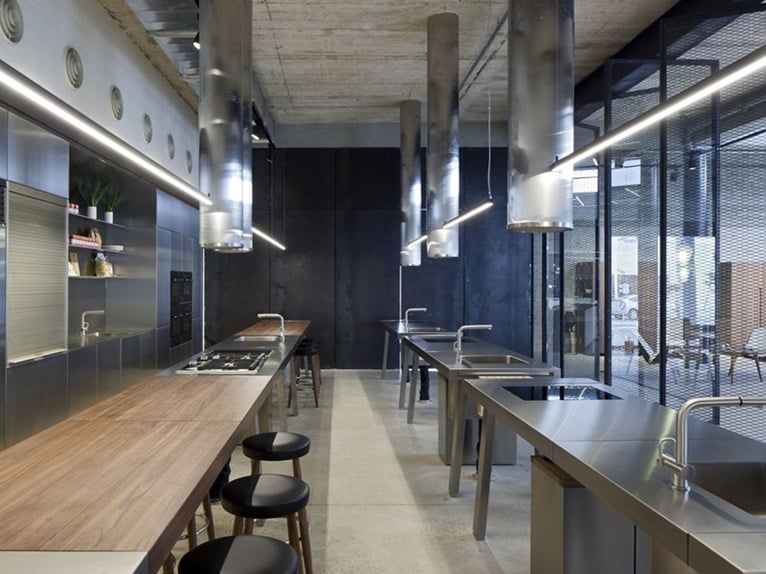 The Open House Weekend includes a variety of events, indeed visitors also have the opportunity of meeting leading Israeli architect Pitsou Kedem for a lecture entitled Presence and Absence, at the new the bulthaup Showroom - one of his latest works – in which he will talk about the planning process and thinking that guided his studio when working on different projects in the past decade. The lecture lasts about an hour and will be followed by a Q&A session in which Kedem will answer questions from the audience. 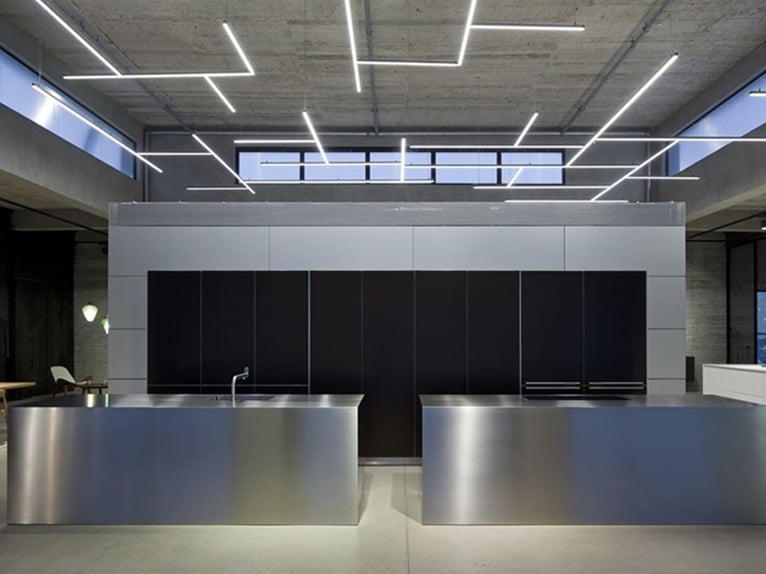