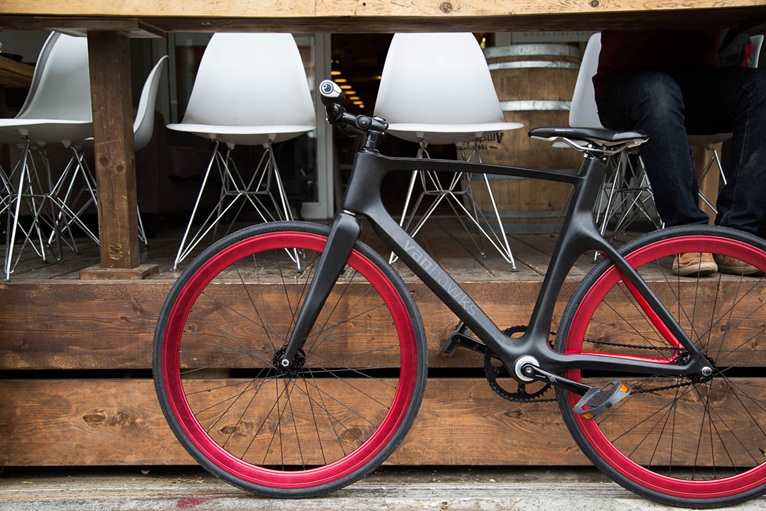 The Valour is connected to iOS, Android and Pebble through Bluetooth and tracks rider statistics in real-time including the route, distance, speed, and time. Valour’s LED handlebar indicators are connected to the smartphone’s GPS navigation and give riders turn-by-turn directions, reducing the distraction of having to look at a smartphone screen. The Valour also includes, the industry’s first sensor-driven blind spot detector, which alerts the rider of any object in their blind spot through haptic feedback in the handle bar grips.

Valour's onboard sensors monitor ride statistics in real-time and syncs the data with the Vanhawks app. The route data gathered by the sensors will also let the riders know where the safest routes are. Every Valour is connected to each other through mesh-network, and is alerted when one goes missing, aiding in its recovery. 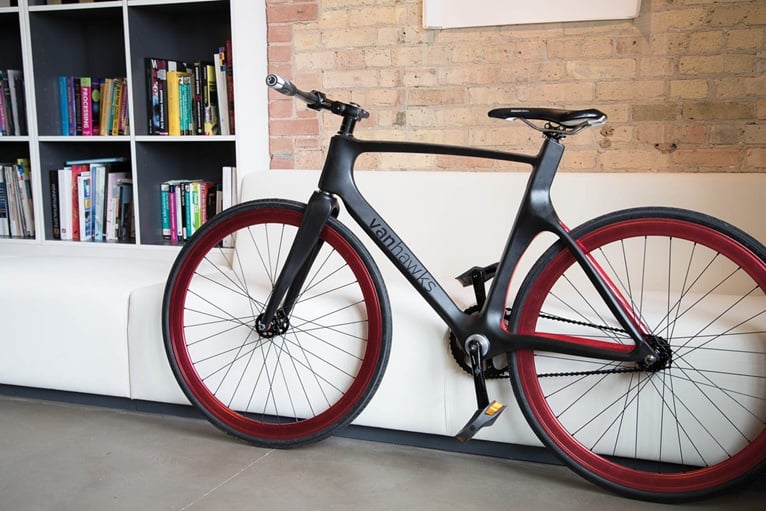 “With so many people turning to bikes to commute and get around town, safety is a rider’s primary concern,” said Sohaib Zahid, co-founder and CEO, Vanhawks. “With Valour, we want took the great invention of the past – the bicycle – and combined it with the great invention of our time – smart phones – to create the safest ride. We want to change the way people think about urban commuting and the Valour bike offers an easy, safe and green option.”

The commute is difficult, and Valour is carefully constructed to combat even the most strenuous ride. The bicycle is crafted to prioritize human ergonomics and is designed to relieve pressure on your back muscles, spine and buttocks, without compromising the frame’s strength. 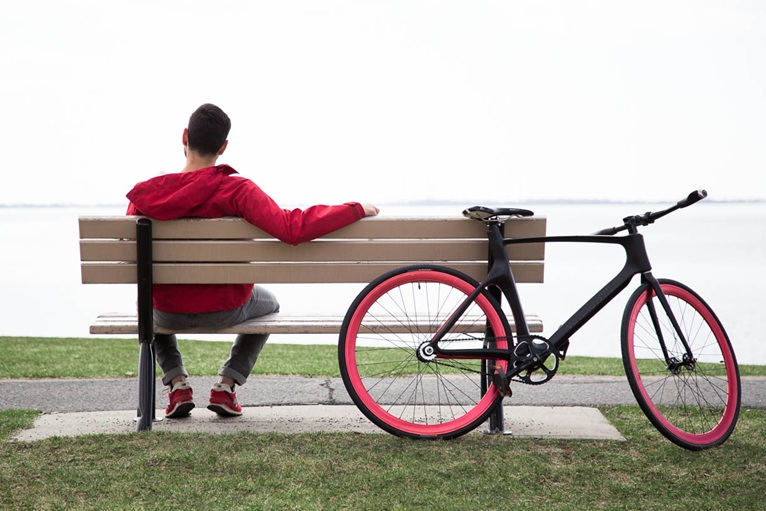 The frame of the bike is developed from carbon fibre using proprietary technology which makes internal walls to reinforce critical load bearing points in the frame. Its carbon fibre technology, which was the finalist of the BIKEEXPO brand new award, mimics the construction of human bones, making the bike frame strong enough to withstand the roughest roads of a city. The Valour weighs 16 pounds, giving users unmatched portability – for example, it’s light enough to carry up flight of stairs without breaking a sweat.

“The Vanhawks technology is fundamentally changing the bike industry in so many ways." said Ian Jeffrey, General Manager, FounderFuel. “We’re excited to see Valour hit the road and reinvent the riding experience of millions around the world."

The Vanhawks Valour is available for a limited pre-order now on Kickstarter starting at $999. The Valour will ship in Fall 2014. For more information about Vanhawks and the Valour, please visit: http://www.vanhawks.com/