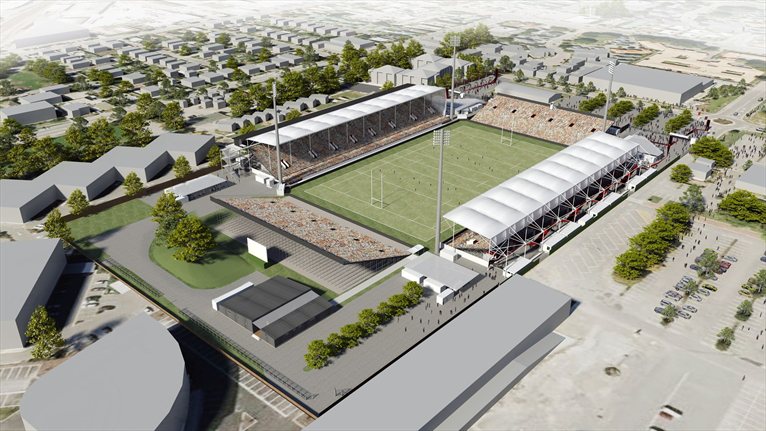 A year after the violent earthquake which hit Christchurch, one of the largest historical cities in the South of New Zealand, the building work on the New temporary Christchurch Stadium designed by the Populous  group is drawing to a close, thus restoring a 'home' to the game of rugby.

The natural calamity, with a magnitude of 6.3 on the Richter scale, struck on 22nd February last year not only causing the death of 185 people, but also causing serious damage to the whole city of Christchurch and ruling out use of the AMI Stadium, established in 1881, for the Rugby World Cup matches which were to be held there last September.

The Populous group, specialised in designing sports facilities and fresh from its experience in designing the London Olympic Stadium, will provide a new pitch for rugby matches and for the famous New Zealand Superugby team, the Canterbury Crusaders.

The construction, designed as a temporary stadium, will have excellent safety requirements and will be 'dressed' with the AMI Stadium pitch. The stands, recovered from Aukland's Eden Park and covered with a recyclable white opaque PVC roof, will provide 18,000 seats, but the capacity may be increased to 25,000 in the event of important matches.

The Christchurch Stadium, will not only provide an extremely flexible facility for setting up sports and musical events, but also represents a new symbol of hope and rebirth for the New Zealand city after the earthquake.