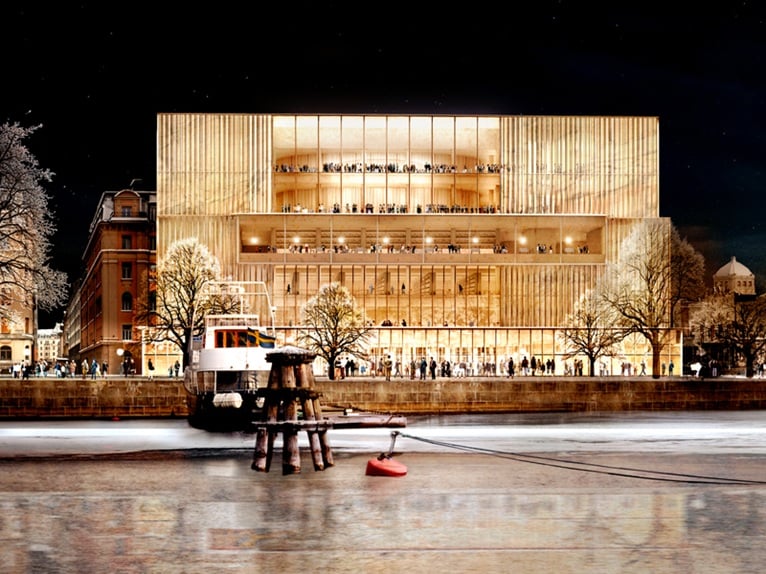 A unanimous competition jury has selected David Chipperfield’s and Christoph Felger’s slender brass-clad building as the winner in the Nobel Center architectural competition. An internationally recognised architectural office with extensive experience of culturally historical environments will thus become the partner that will help make the new home of the Nobel Prize in Stockholm a reality.

“We are extremely excited and honoured to have been selected to be the architects for the Nobel Center. We look forward to working together to develop a building that reflects both the values of the Nobel Prize and the high expectations of the citizens of Stockholm,” says architect David Chipperfield. 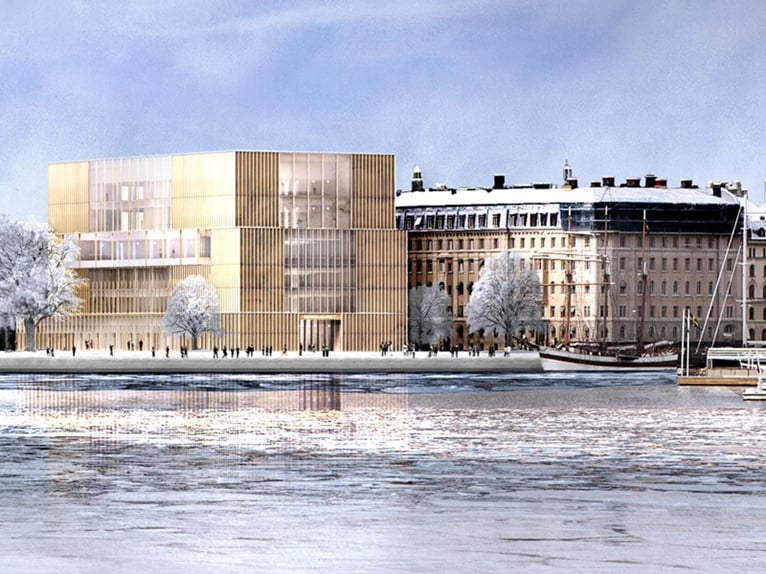 According to the statement of the jury, the proposed building has an elegant, timeless and attractive external appearance with a clear identity of its own. The revised façade design, with its shimmering vertical brass elements and glass, has a lofty elegance and quality that can be associated with the Nobel Prize.

“The jury finds the lightness and openness of the building very appealing and consistent with the Nobel Foundation’s explicit ambition to create an open and welcoming Center for the general public,” says Lars Heikensten, chairman of the competition jury and Executive Director of the Nobel Foundation. 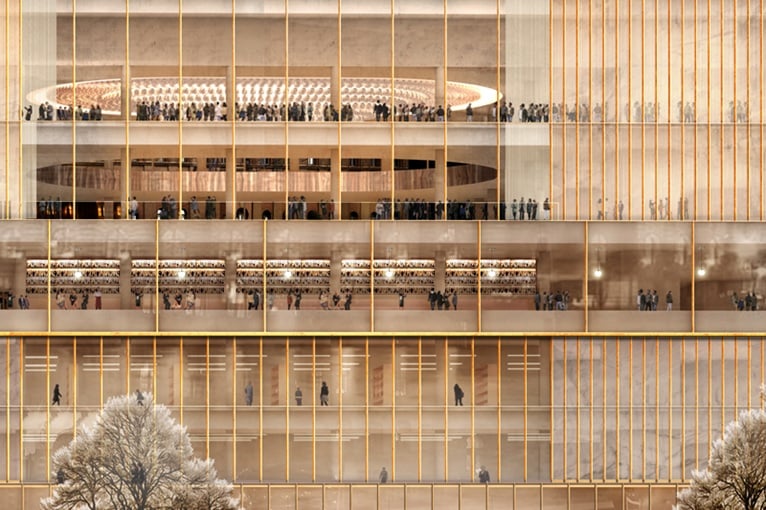 The jury is of the opinion that after additional refinement in collaboration with the client and with public authorities, the proposal can lead to a dignified, exciting and inviting Nobel Center building while helping create a better, more engaging and beautiful urban setting on the Blasieholmen peninsula in central Stockholm.

Per Wästberg, writer, member of the Swedish Academy, Chairman of the Nobel Committee for Literature and one of the members of the competition jury says “We view the winning proposal as a concrete interpretation of the Nobel Prize as Sweden’s most important symbol in the world. Stockholm will gain a building – magnificent but without pomp, powerful yet graceful – with qualities like those the City Hall gave the capital a century ago.” 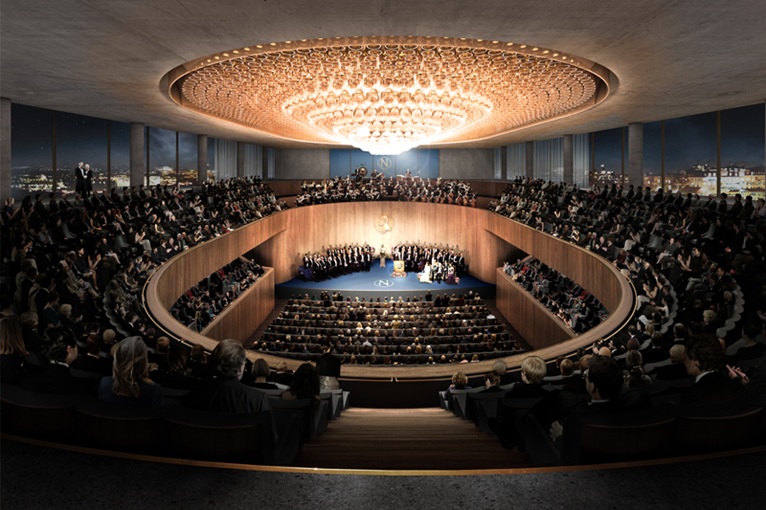 The Nobel Center will build up its activities around the Nobel Prize’s unique combination of disciplines – sciences, literature and peace. The ambition is to make the Nobel Center one of Stockholm’s most attractive destinations, including public spaces for exhibitions, programme and school activities, events and interdisciplinary meetings of various kinds.