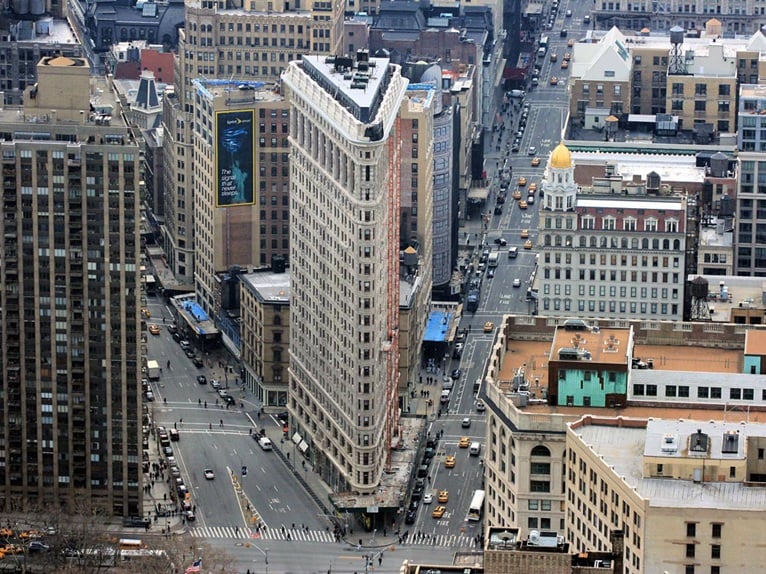 More than just skyscrapers, New York City is filled with phenomenal architecture that speaks volumes of the city’s attractive appeal.

Here are the top 10 architectural structures New York City has to offer all of her inhabitants:

Located on West 17th Street between Avenue of the Americas (Sixth Avenue) and Seventh Avenue in the Chelsea neighborhood, this museum occupies a former part of Barneys New York. 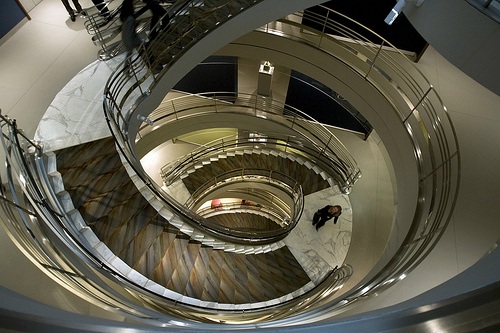 Remodeled in 1998 by talented preservation architects from Beyer Blinder Belle, this museum is a work of art in and of itself. The museum houses a private collection of Himalayan art, but visitors should notice the extravagant building architecture as well.

The museum houses the original six-story spiral staircase. Far larger and more detailed than typical spiral staircase kits, the steel-and-marble staircase spirals dramatically through the center of the gallery.

Located on 79th Broadway, this historic parish church was rebuilt in 1788 after the original building was destroyed in the Great New York City Fire of 1776, which left thousands of New Yorkers homeless.

However, the new structure was weakened after years of snowstorms, and was rebuilt yet again in 1846, designed by architect Richard Upjohn. A classic example of Gothic Revival architecture, the United States Department of the Interior designated Trinity Church as a National Historic Landmark.

On 652 Lexington Avenue, the Central Synagogue (Congregation Ahavath Chesed) was built in 1872 under the Moorish Revival style as a copy of Budapest’s Dohany Street Synagogue.

The architecture pays homage to the Jewish existence in Moorish Spain, and it is among the oldest synagogue buildings still standing in 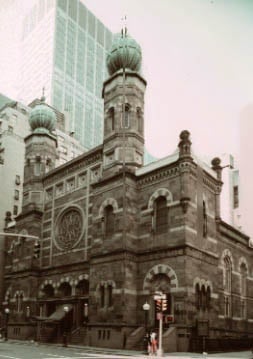 In 1998, the building was damaged in an accidental fire, and was restored in 2001 to its original style.

At 233 Broadway, designed by Cass Gilbert in 1913, is one of the first U.S. skyscrapers, known as the Woolworth Building.

Gilbert designed the 20-story office building in a neo-Gothic style, as per request of Frank Woolworth who commissioned the building. As such, it was corporate headquarters for Woolworth Company.

Because of its resemblance to European Gothic cathedrals, the structure has been nicknamed “The Cathedral of Commerce” and known as one of the most spectacular architectures of the early 20th century.

A treasure of New York City, the Flatiron Building is on 175 Fifth Avenue. Considered to be a groundbreaking skyscraper, the building sits on a triangular island-block that resembles a cast-iron clothes iron, which gave the building its name.

In 1966, the building was designated a New York City landmark, and since then has been added to the National Register of Historic Places. 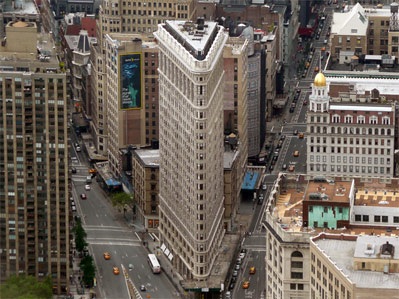 More than a thriving city, New York holds some of America’s oldest and most extravagant architectural structures that deserve
recognition.