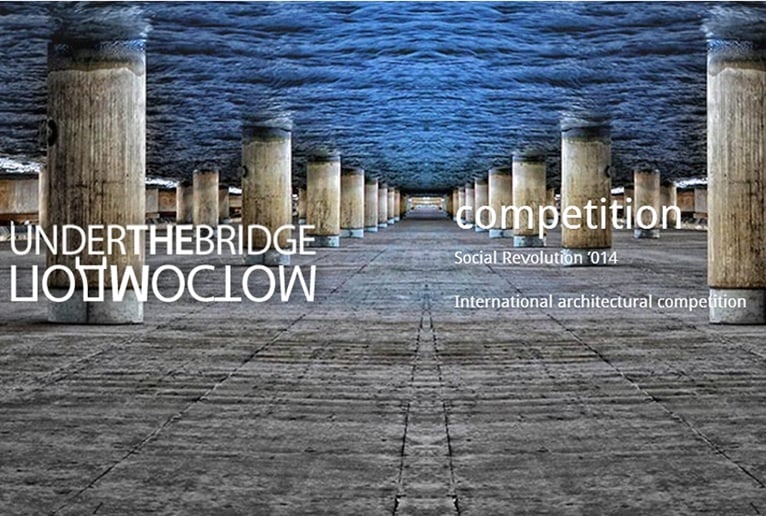 COMPETITION _ Participants will need to come up with an architectural object, which will be located in the space under the bridge.
What should be in this place? Or, what would organically complement the bridge?

possibility of realization after public discussion, all projects: participation in the exhibition.

Description:
Every day while crossing the river we don`t even register how the rythmical urban environment is split in a long pause. Series of houses, trees, signs, and traffic lights is replaced by meditative emptiness. Fog and horizon, the distant cloudy sky and the silhouette of the city. You can finally see what is the weather today, what is happing in the sky.

Bridges are tremendously long and our time perception is relative. The space above us and above the bridge is huge. However there is also a space under the bridge. This space is not as high but is just as long. What kind of place is it? What do we know about it? Almost nothing. This is the hidden place of the city, the recondite resource. When have you been under the bridge last time? What were you doing there?
When building a house, first of all, we think about the roof above our head. Of course the walls are needed as a footing for the roof, as a protection from wind and bad weather. Walls are erected easily, «stone upon stone, brick by brick», but the roof usually quite difficult to do. We need beams, rafters, workers and even a hoisting crane. The technology of roof-construction is much more complicated and more expensive than walls. In “the bridge-case” you have the roof already. The architecture under the bridge is upside down. Here we build from the top down, reinventing the architecture. What is the architecture vice versa? How do you imagine it? It creates new anti-gravitation forms in which stretching of structures predominates over compression and the building becomes much more efficient and cost efficient. Structure becomes light and airy. It is like architecture on the Moon — Earth’s gravity is no longer a serious opponent to an architect. 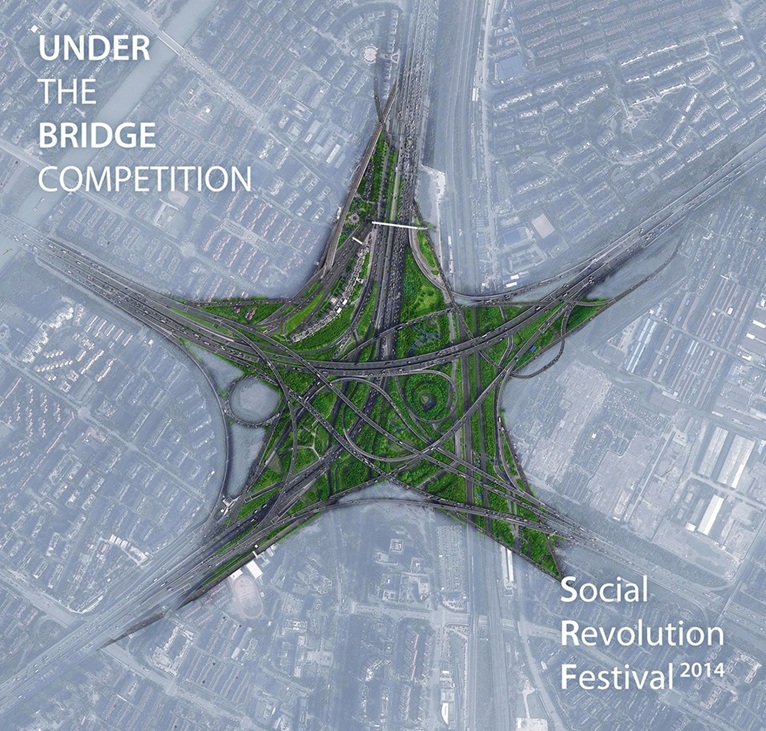 Buildability of the structure is not the only advantage. The space under the bridge is more likely to be inherently embedded in the tissue of the city. No one pays attention on it, it’s just invisible. It is easy to get there, but it is not used. It’s a paradox. The city is looking for new areas for development. They are acquired through the expansion of the city boundaries, or for example, redevelopment of parks and other beautiful unoccupied places. But in bridges case there is no need to destroy anything. We just have to expand our perception of the urban master plan. One can discover a new dimension in it by designing on it as it is not a flat surface but a three dimensional object.

We suggest participants use these unique advantages of the spaces under the bridge, and perhaps find new ones. We expect from them a fundamentally new architecture, or maybe conventional architecture, that would play in a new way by capitalizing on its unique position in space, forcing us all to think.

In general, the idea of your project is anything you`d add to the city, using such unusual, little cosmic place, like space under the bridge.