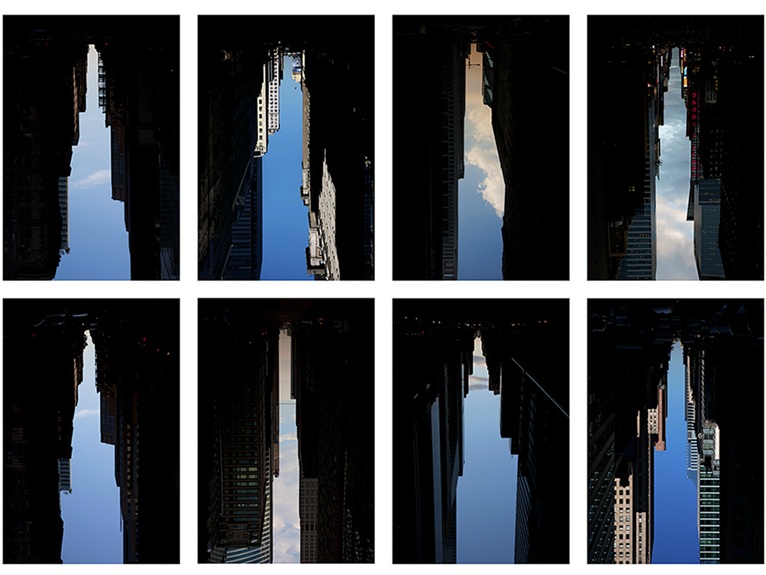 PHOTOGRAPHY_ "Walking down the street in New York one day, I glanced up and saw an invisible building suspended between the others. It was upside down, the color of air. A few steps later, it disappeared. Then, around the next corner, I saw another building like the first. I felt that I had stumbled upon a secret city, luminous and strange." (Peter Wegner) 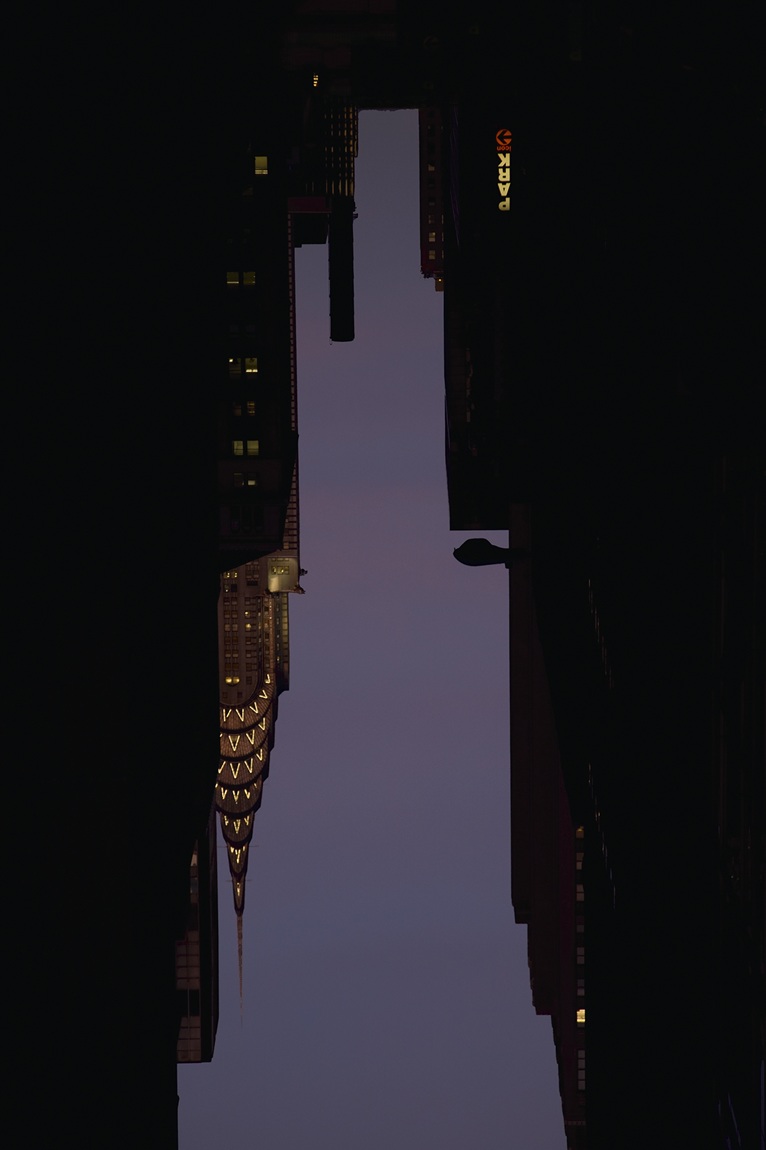 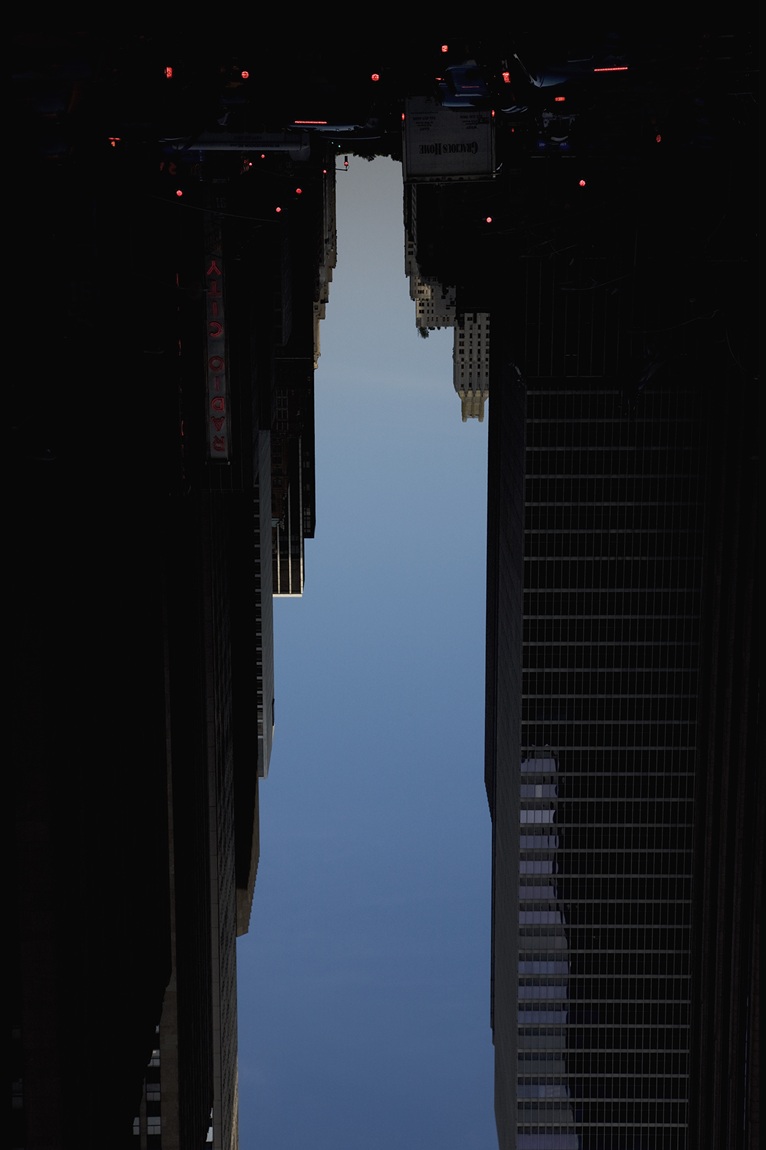 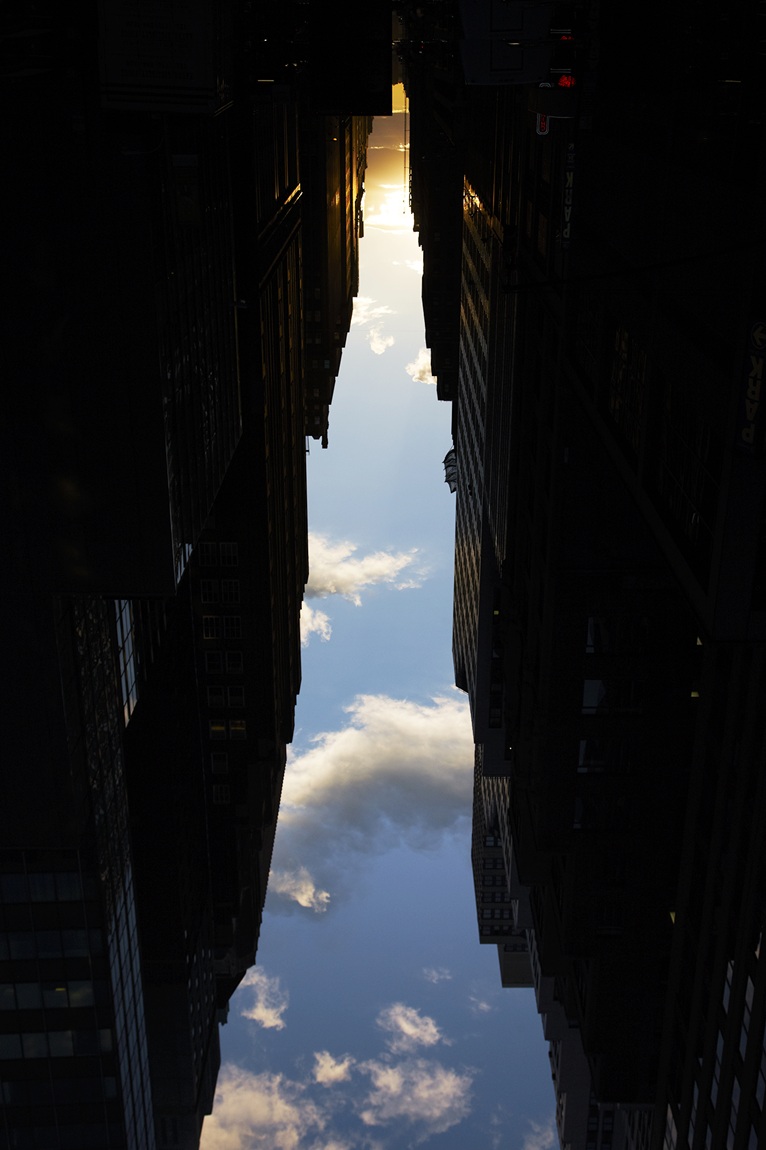 Peter Wegner first exhibited work from this series in 2004. Here’s what he wrote about it at the time:

"here are two Manhattans. One is a city of tall buildings; the other is a city of no buildings. This city begins where the architecture leaves off. It’s a city cast in the die of Manhattan, a perfect complement to the built city, a kind of anti-Manhattan. This parallel city has an architecture all its own. It is the architecture of air, the space defined by the edges of everything else, its map redrawn by pigeons and pedestrians, barricades and scaffolding, cranes, trucks, taxis. It’s the city we assume but cannot name. In this city, the buildings are made of sky. It’s the Manhattan that isn’t – without which there could be no Manhattan. My project has since grown to include other cities. But the point remains the same, what the poet John Ashbery has called “a nothingness of sky.” If you believe in nothingness, prefer it, the buildings reveal themselves: buildings made of sky." 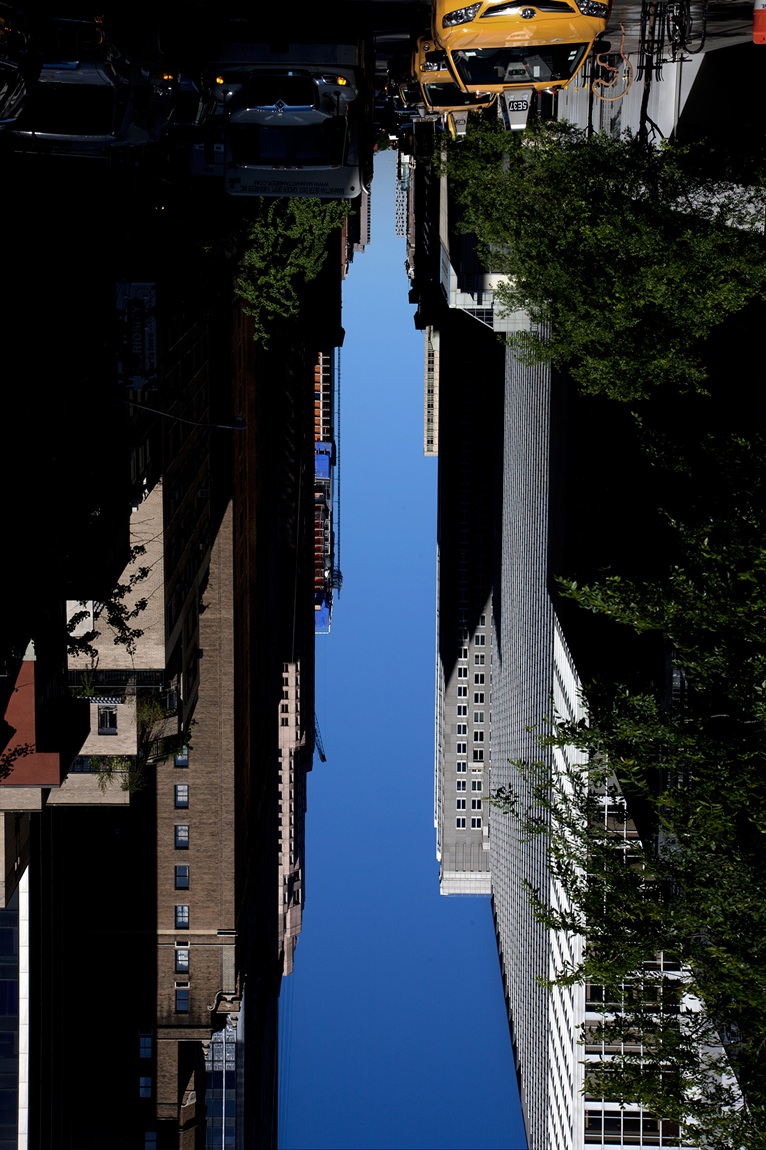 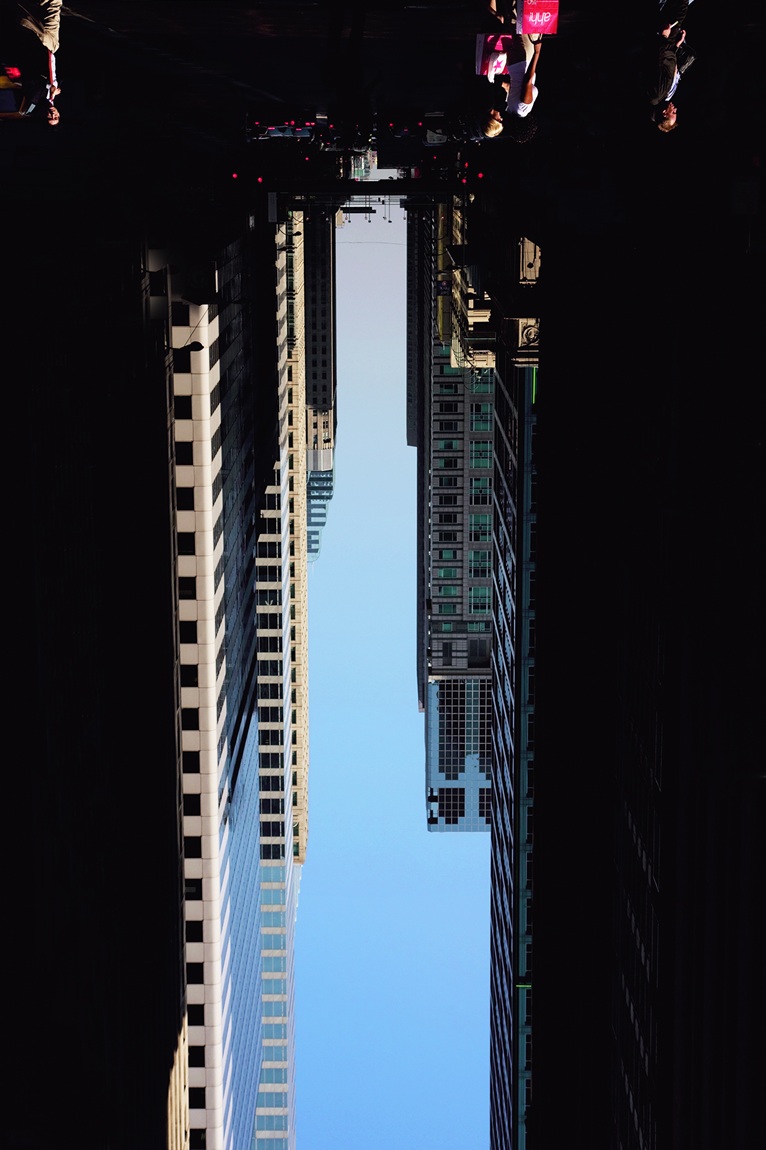 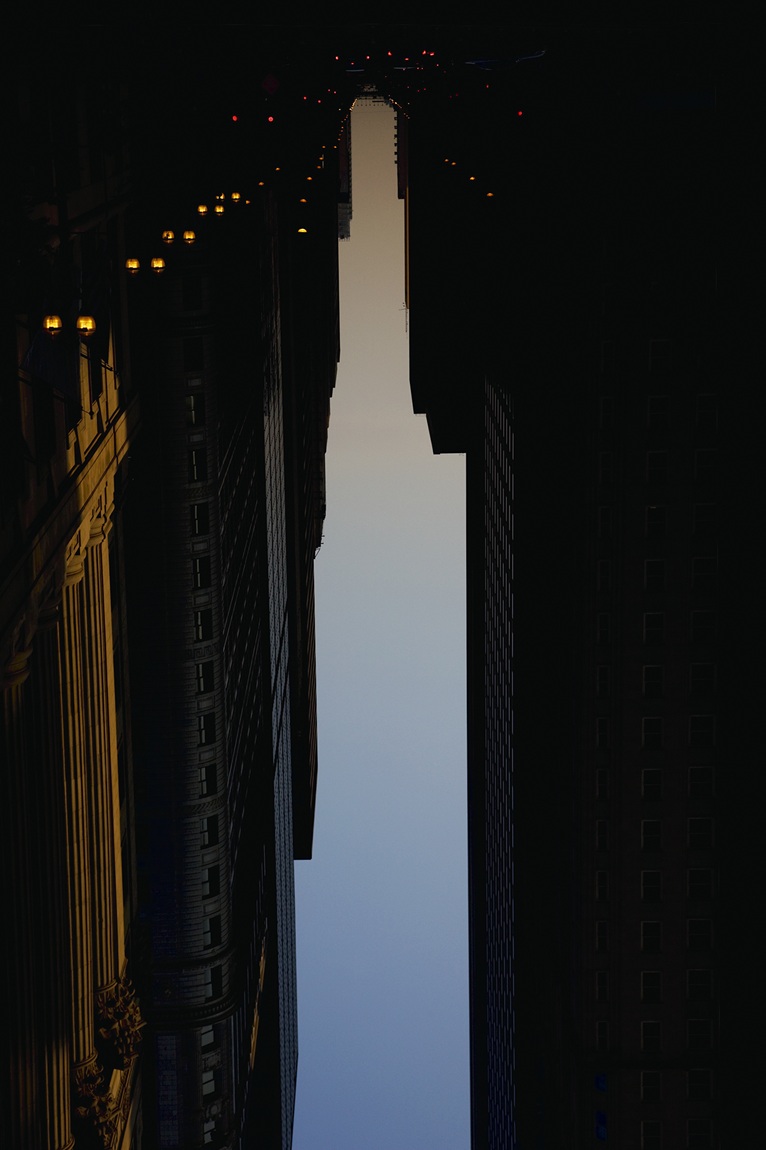 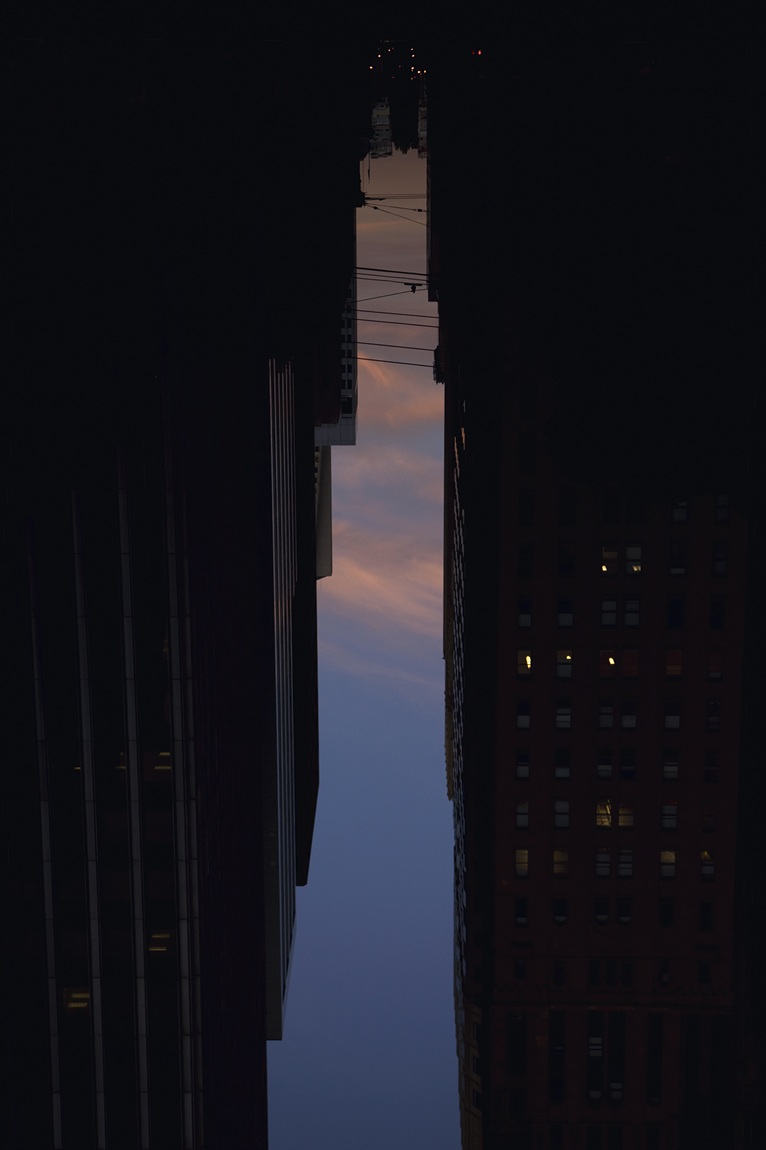 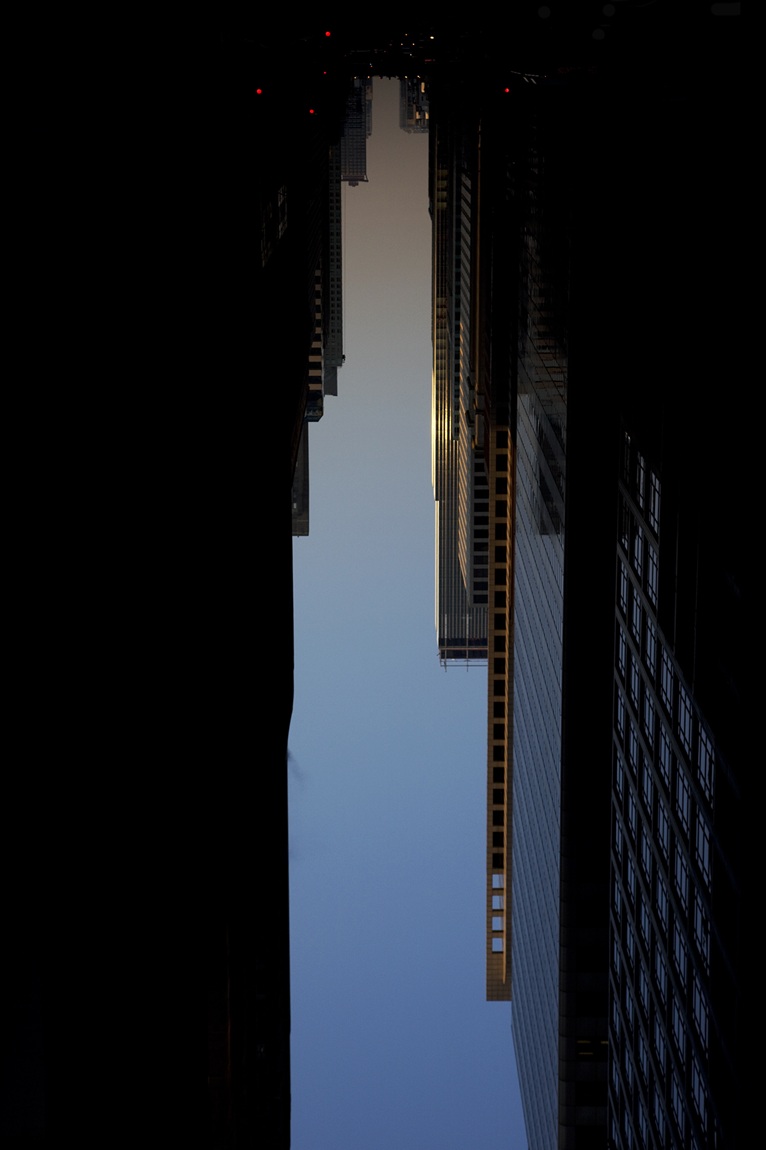 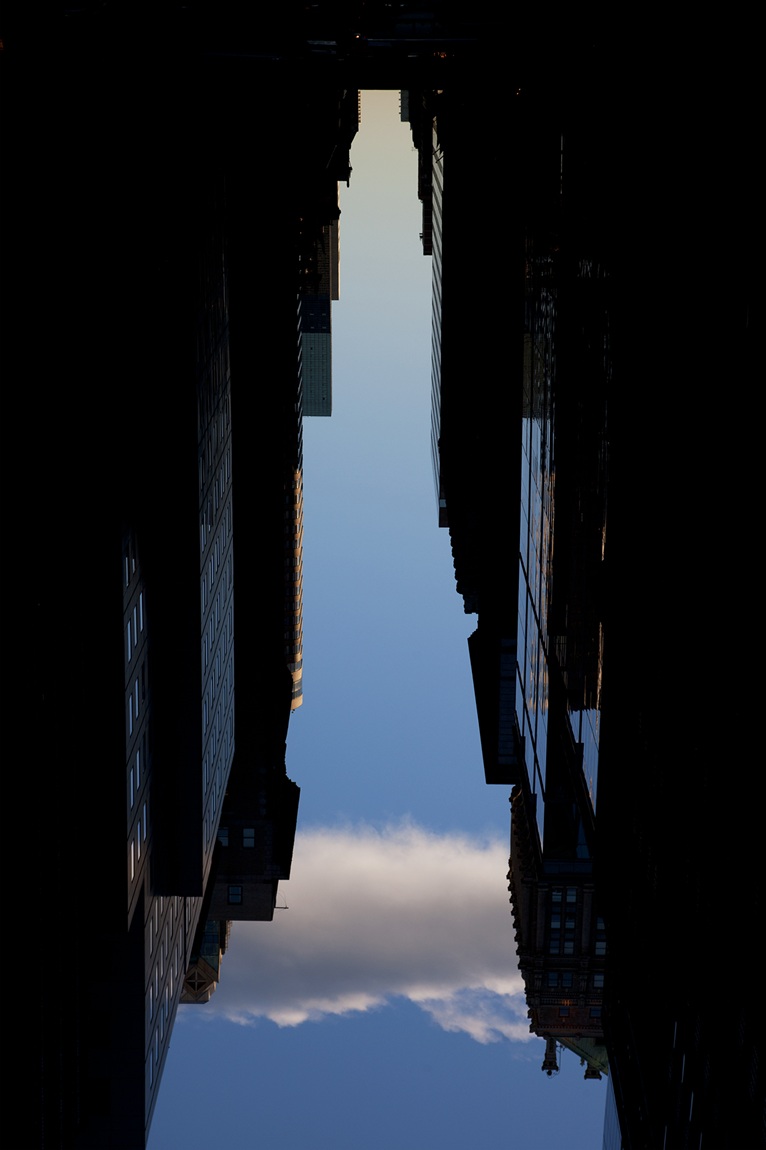 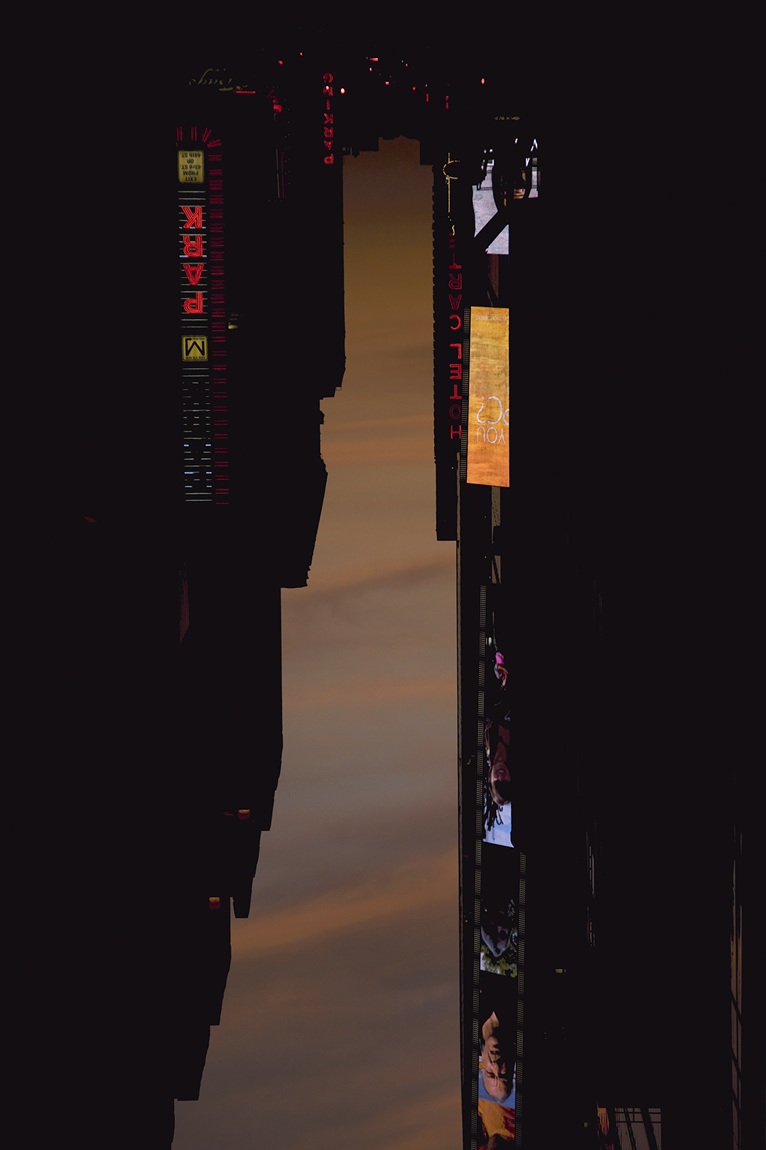 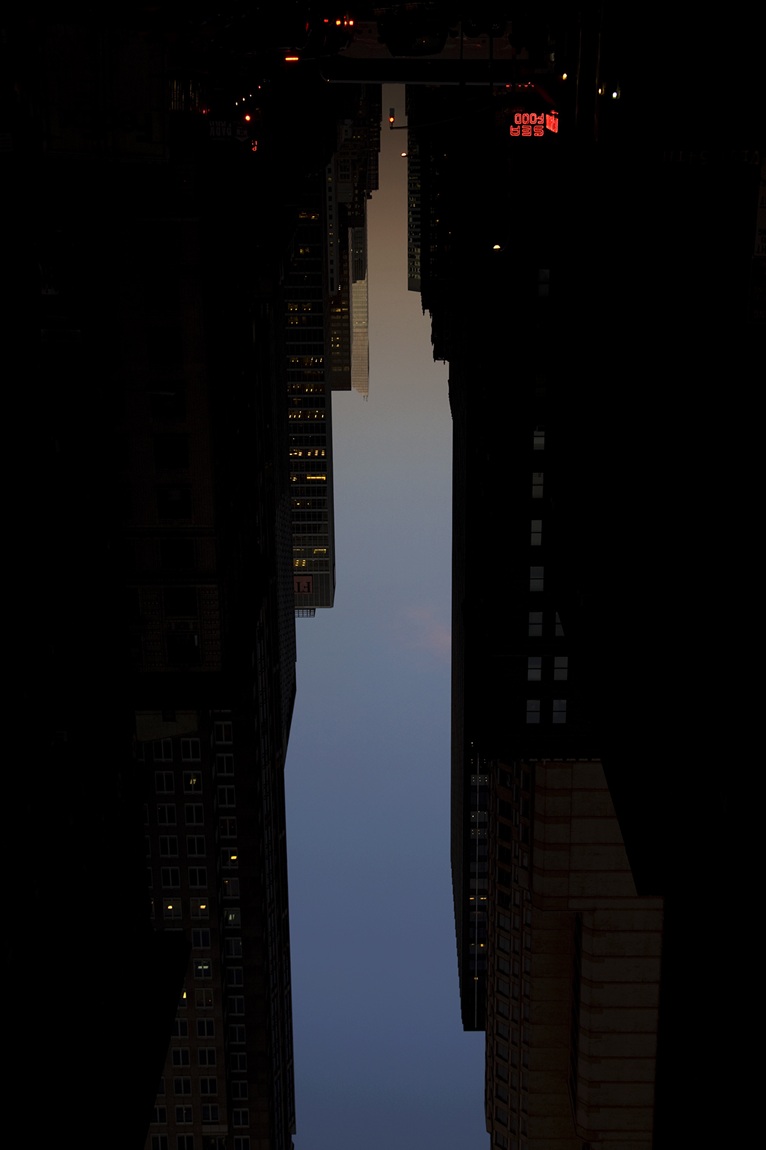 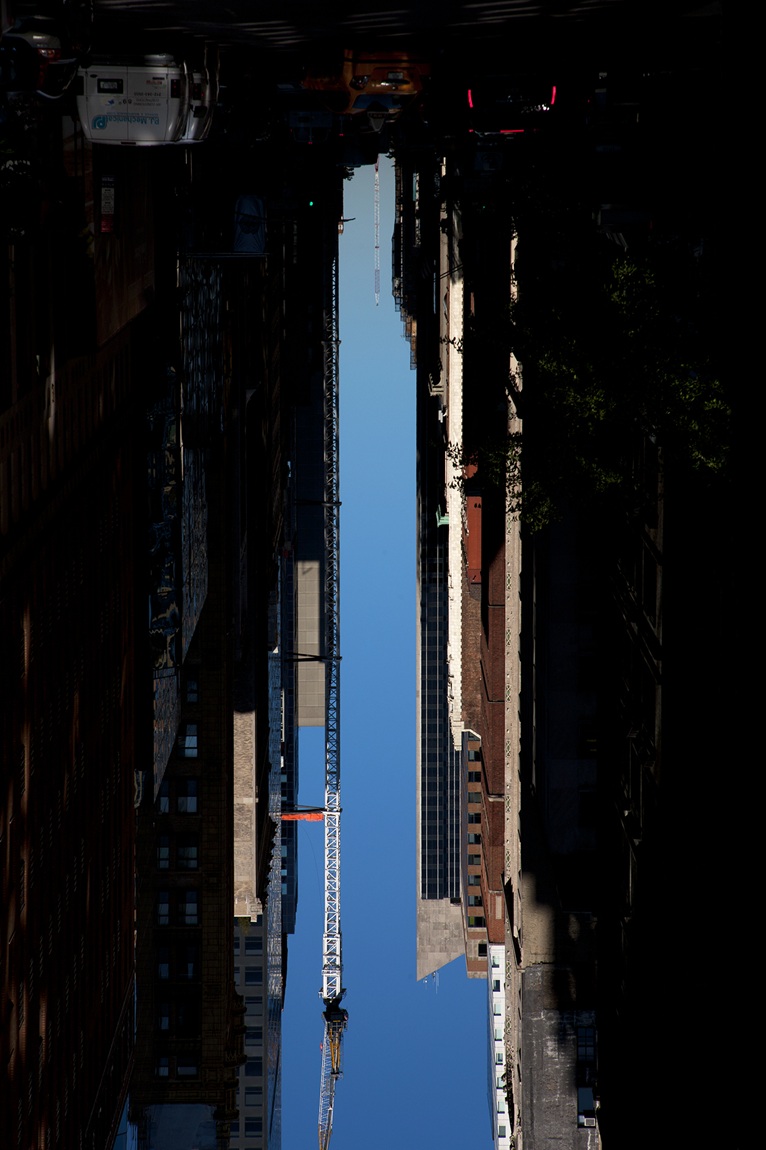 © Peter Wegner, BUILDINGS MADE OF SKY

Peter Wegner is an American artist and graduate of Yale University. Wegner works across a wide range of media. He is now best known for his large scale installations. Described by one curator of architecture as “a protean artist,” Wegner also creates paintings, sculptures, books, drawings and photographs. His work often engages with architectural issues and materials.

Wegner also discussed this series, among his other works, in the TEDx talk he delivered in New York: