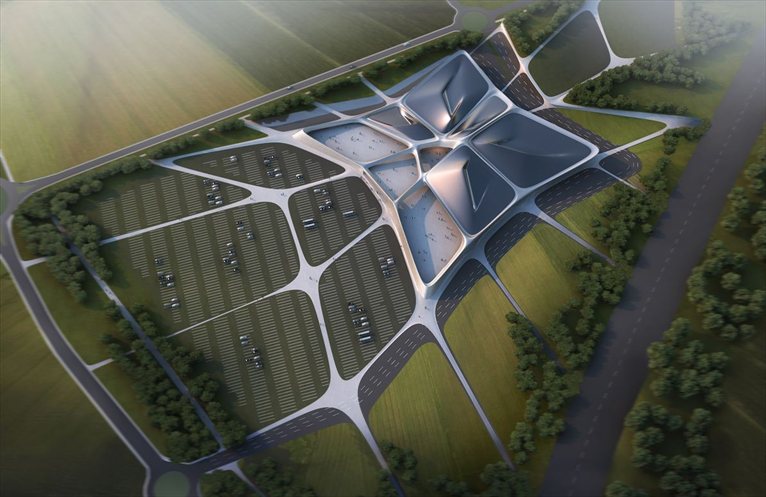 The first images of the project for the new expo facility to be built in the outskirts of Chartres in Northern France and designed by archistar Zaha Hadid have been released.

The project called The City of Chartes consists of a building capable of adapting not only to the features of the surrounding landscape, but also to the needs of containing various functions thanks to the great distributional flexibility of the rooms and the set up of the spaces.

The new exhibition centre construction belongs to a more extensive intervention which involves planning for the north-eastern plateau area and will be carried out thanks to the on-site collaboration of the French office SRA and the landscape architect Compagnie du Paysage.

Work is scheduled to start in 2013: a facility with fluid and sinuous shape will be created with a panoramic terrace offering a privileged view over the most famous Gothic Cathedral in the world.