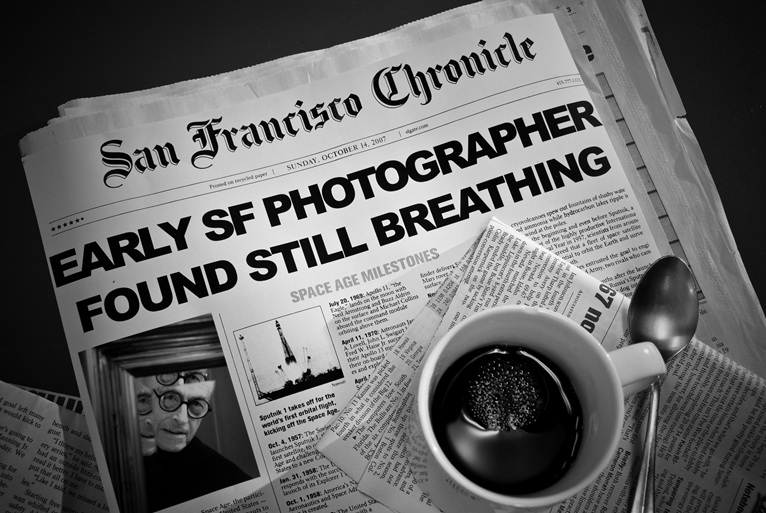 Described as San Francisco’s Brassai, Fred Lyon has celebrated and been inspired by the city since he started out as a photographer.

“Early in my career, when San Francisco was my playground, I sidestepped starvation by feeding stories to New York magazines,” he recalls.

“My home town was the fertile garden of imagery that kept feeding my ravenous camera.  Steep hills, fog, bridges and Chinatown were part of the big buffet and my greed evolved into this love affair.”

The 1940’s and 50’s were an exhilarating time and most photography was still black and white, but the demand for color eclipsed monochrome by the 60s. “So when a San Francisco book was suggested I jumped at the opportunity to revisit classic photography from this period.”

In September this year, Lyon’s collection will appear as San Francisco: Portrait of a City, to be published by Princeton Architectural Press.

A fourth-generation San Franciscan, Lyon first took up photography as it seemed like a good way to get girls, and has been “lurching forward ever since,” he jokes. 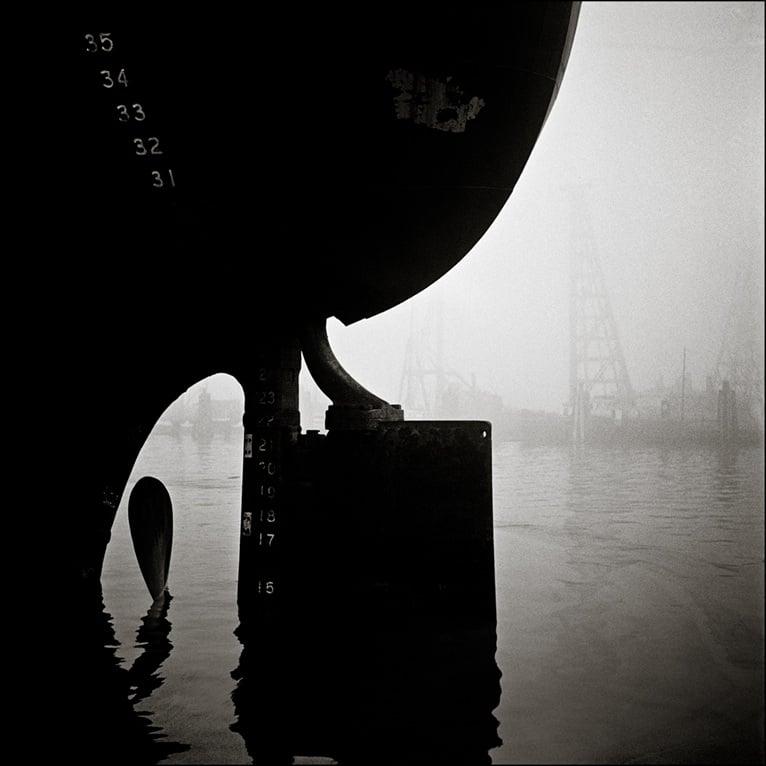 Apprenticed at 14 to the city’s largest commercial studio, Lyon studied at the Art Center in Los Angeles, before serving as a photographer with the Navy Press in Washington D.C. during World War II covering the White House.

After the war, Lyon moved to New York, working as a fashion photographer. He returned to California in 1946, building a freelance career with assignments from magazines such as House & Garden, Time, Life, Fortune, Sports Illustrated, Vogue, House & Garden, Vogue, Glamour, Mademoiselle and Seventeen. Recognized internationally for his range and diversity, Lyon has taken photographs for more than 50 books.

In the 1940’s, Lyon lived in Sausalito and crossed the Golden Gate Bridge, a dramatic steel sculpture in a theatrical setting, every day.  “Often it demanded that I unsheathe my camera, extending the crossing for an hour or two. The bridge, aided by my romantic and naïve world view, launched my lifelong affair with the city it serves.”

“Whenever my schedule slowed and the rent was due, my story suggestions spewed forth. Some long forgotten magazine buckled under to my nagging and around 1950 assigned a story about the bridge painters whose work started at one end, went to the other and started all over again.” 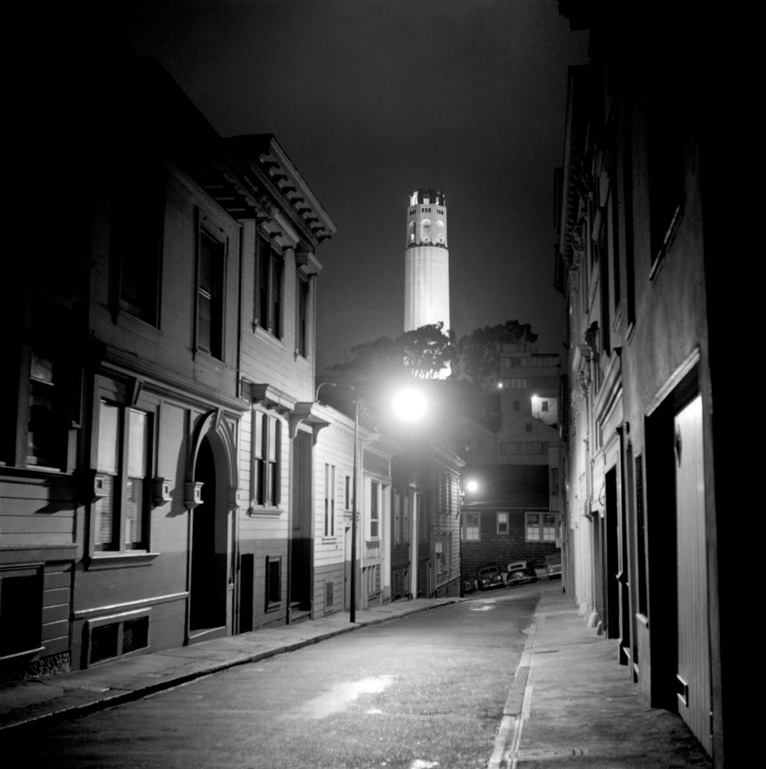 Looking at the images after all these years, Lyon says he still has all the sensations that came to him when he was crawling around the steelwork of the Golden Gate Bridge. “I feel the brisk morning air, the stillness that gives way to strong breezes and howling fog, plus apprehension from the knowledge that a careless step could result in a long plunge to San Francisco Bay. “

“But the dramatic elements demanded prompt action. Plenty of time later to sweat over risk and anyway, in my mid-20s, it never occurred to me that I’d live beyond 30.”

The 1940’s and 50’s saw the end of the deprivation of World War II and there was a great nationwide sigh of relief, he says.

“Optimism was rampant, as much of the population entered the peacetime workplace in new roles.  The promise of new ventures, new technology, and new materials was heady stuff for young people, even for wary oldsters.  Meanwhile, San Francisco revelled in its role of Gateway to the Pacific, with shipping and the rebuilding of an ocean travel fleet.  It all felt like New Year’s Eve.”

For a young photographer, it was an intoxicating time, he recalls. “The bay, the bridges, and the City, with its steep hills, fog, and cable cars were a delicious kaleidoscope parading before my lens.”

Curiosity and passion for the impressionism of nature drove him on, he says, “barely ever letting my camera cool.”

“The graphic qualities of black-and-white and its possibilities for abstraction have fascinated me from the first.  Rich, velvety blacks are infatuating.  So it’s not surprising that a critic recognized a Bauhaus look in some of my work.  And I fully credit the photographers’ friend, Rene Magritte, with feeding my voracious need to make fresh images.” 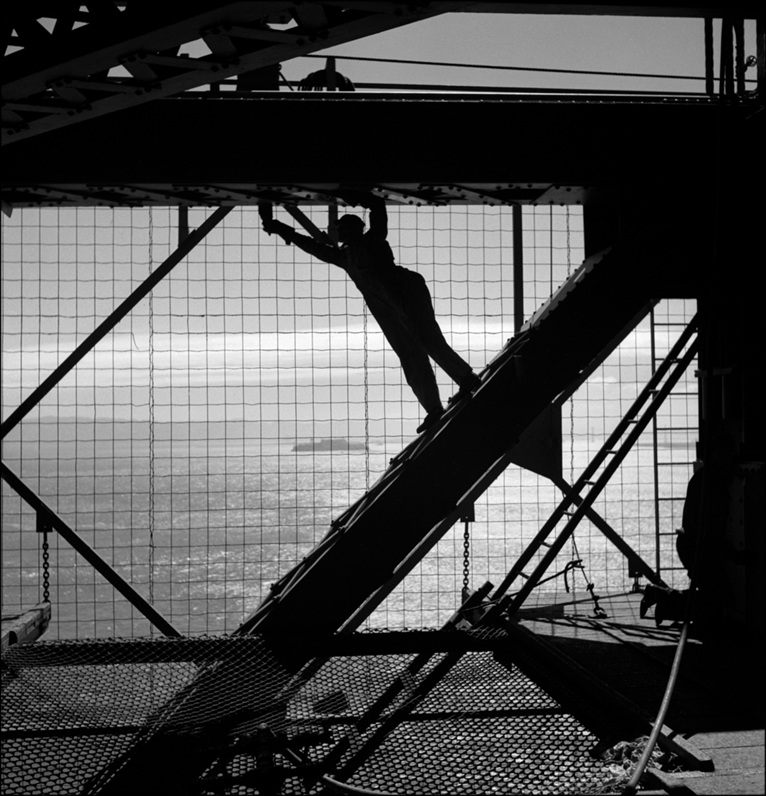 Married to a New York fashion model, Lyon raised “two great sons, both good image makers.” Widowed after 30 years, Lyon is now “blissfully married to a smashing interior designer. Still dancing out on the edge, pushing my luck, and living beyond my means.”

Now 89, Lyon says he’d hoped by now to be “full-time in a rocking chair but that hasn’t worked out.  Stubborn clients still throw new challenges that are too good to pass up, so my camera rarely gets to cool off.”

As Lyon became “older and crankier”, he decided to focus on areas that appealed to him: wine, food and travel.”

“The wine and food worlds have never been the same. Too bad for them. I raised wine grapes in the Napa Valley for thirty years.  Often I’d climb down from my tractor to prowl vineyards all over the world with my camera,” he says.

Discussing the photographers he admires, Lyon recalls how “Arnold Genthe was my first hero and it’s easy to see his vision in my Chinatown pictures. Brassai, Robert Doisneau, and Jacques-Henri Lartigue were men I admired and knew slightly. Bill Brandt, Andre Kertesz, and Henri Cartier-Bresson have been influences on my work.”

“Jacques-Henri Lartigue had a lifelong innocence and exuberance that shone through all his images. To the end, he was a delightful optimist, and he always had a beautiful French charmer on his arm.”

Photography has constantly provided him with fresh opportunities. “It is truly the ideal occupation for someone who is inherently snoopy.”

Asked what basic advice he would offer to up-and-coming photographers, he tells them to: “Attack each day with zest, optimism, grit, self-control, and don't forget gratitude.  Hard work doesn't hurt, either.  Wear comfortable shoes.”

“Of course you need technique. But that’s merely the affairs of craftsmanship. So don’t let it show too much in your images. It could get in the way of the content,” he says.

“Be enthusiastic.  Your clients will love you and you’ll be better able to handle the inevitable drudge parts of photography. Indulge your curiosity. It’s the basis of creativity. Above all, bring a lot of joy to your work.” 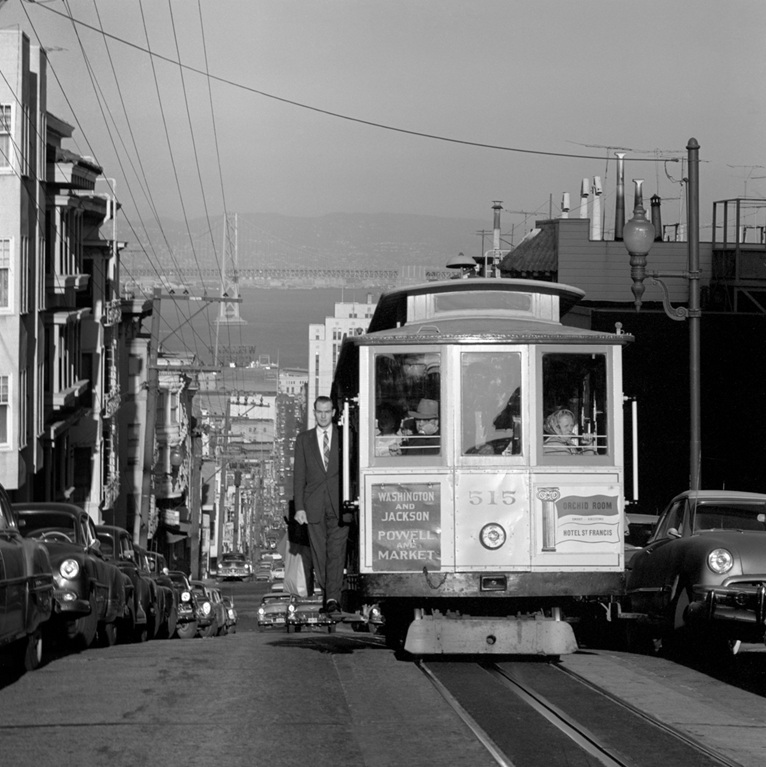 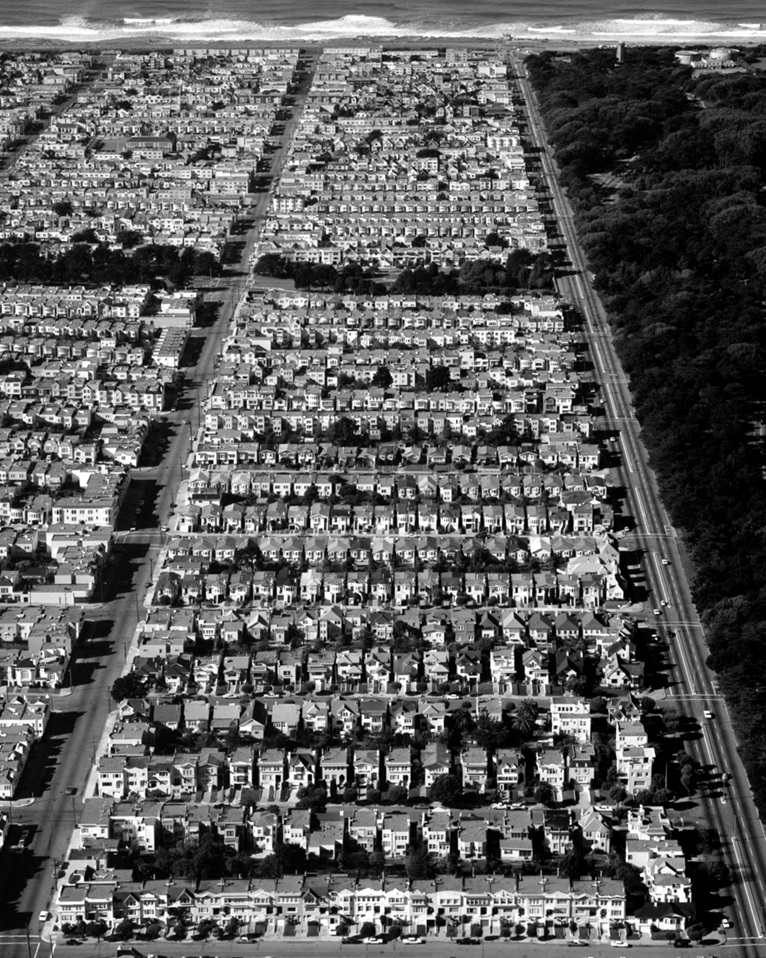 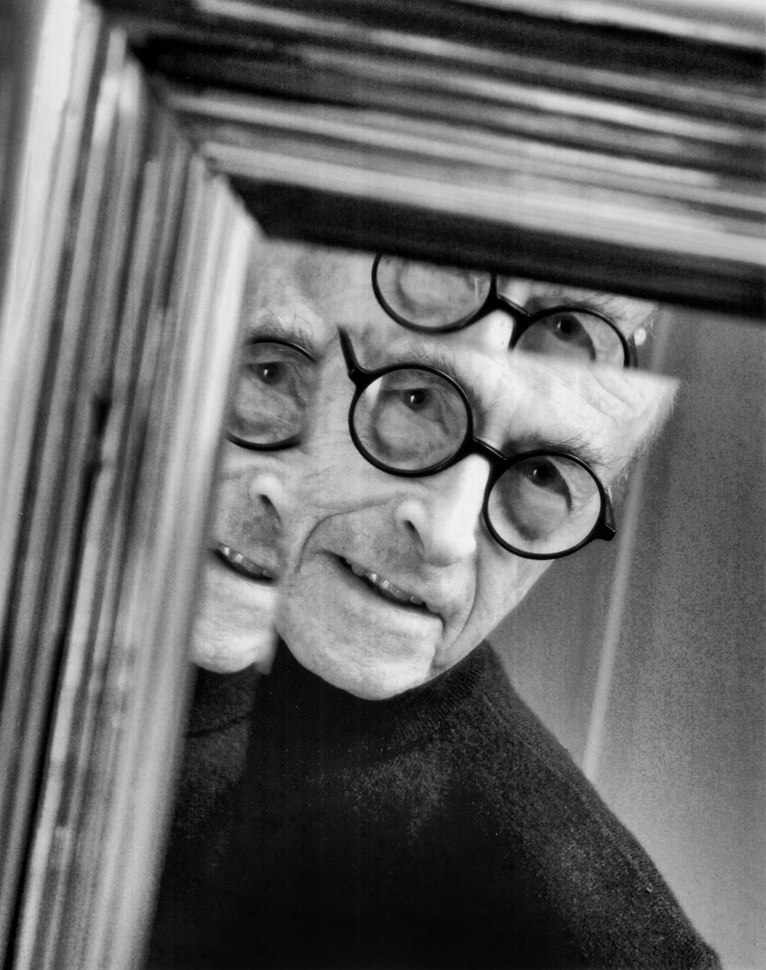 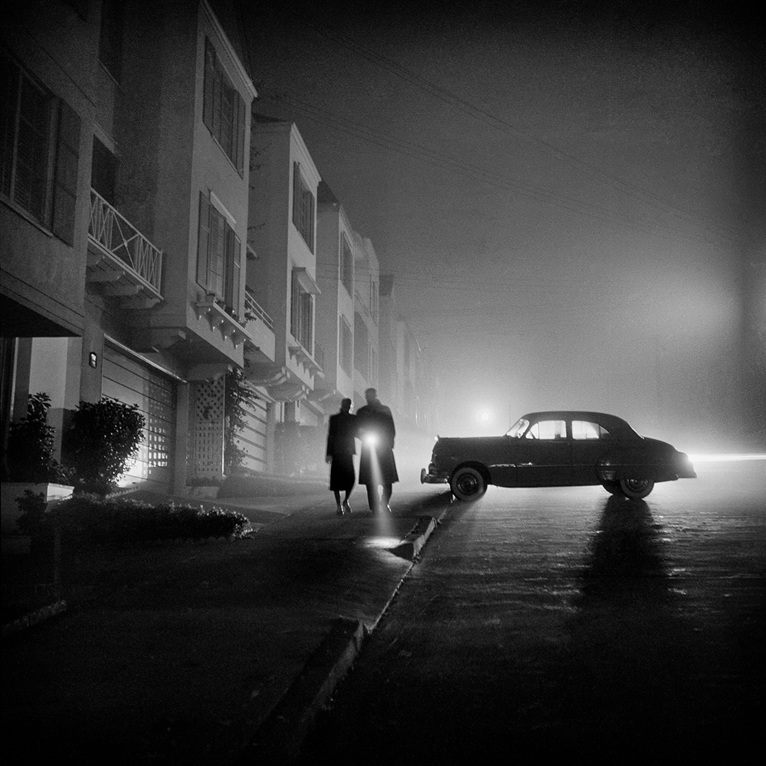 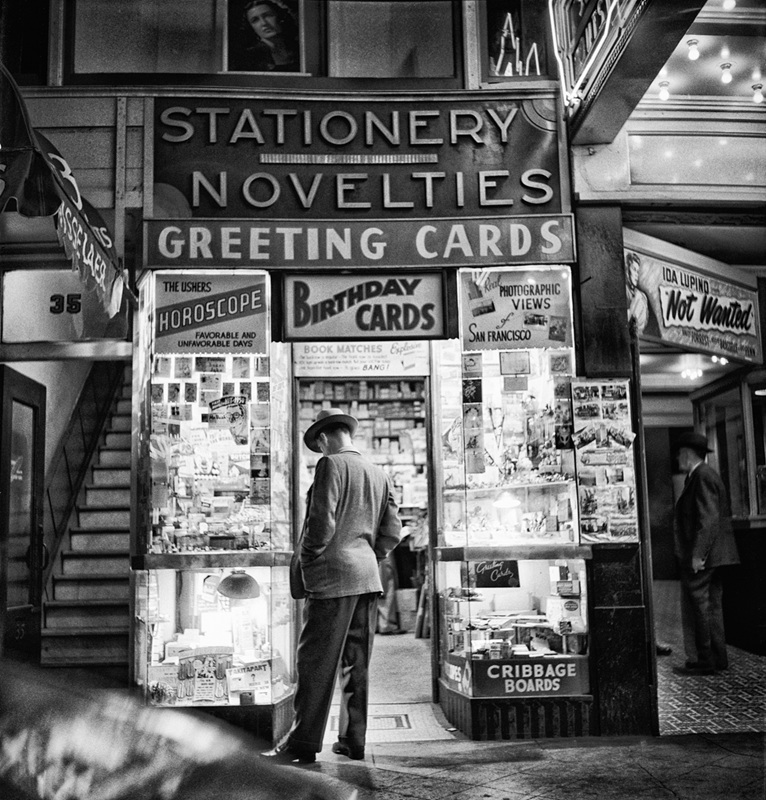 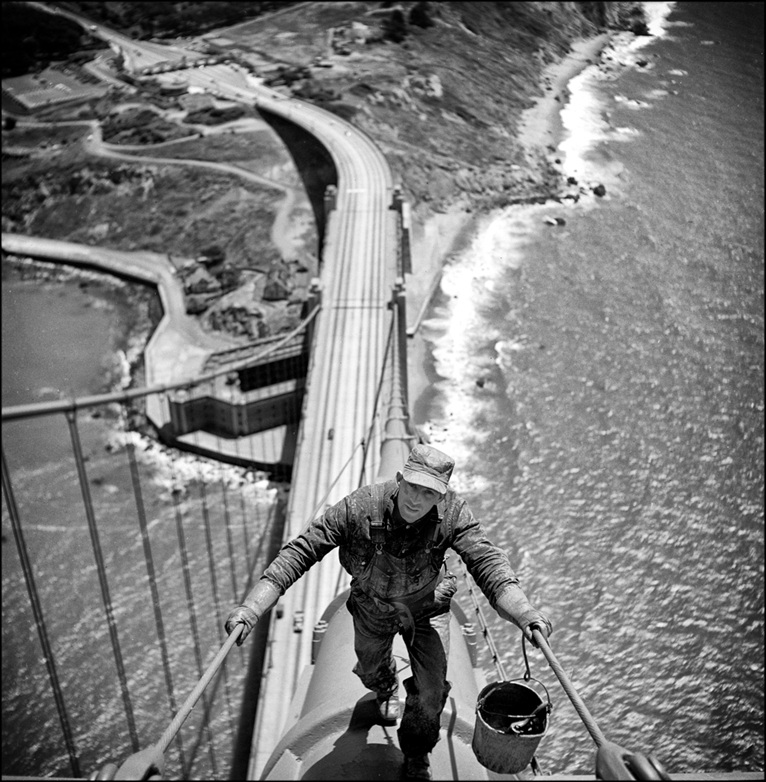 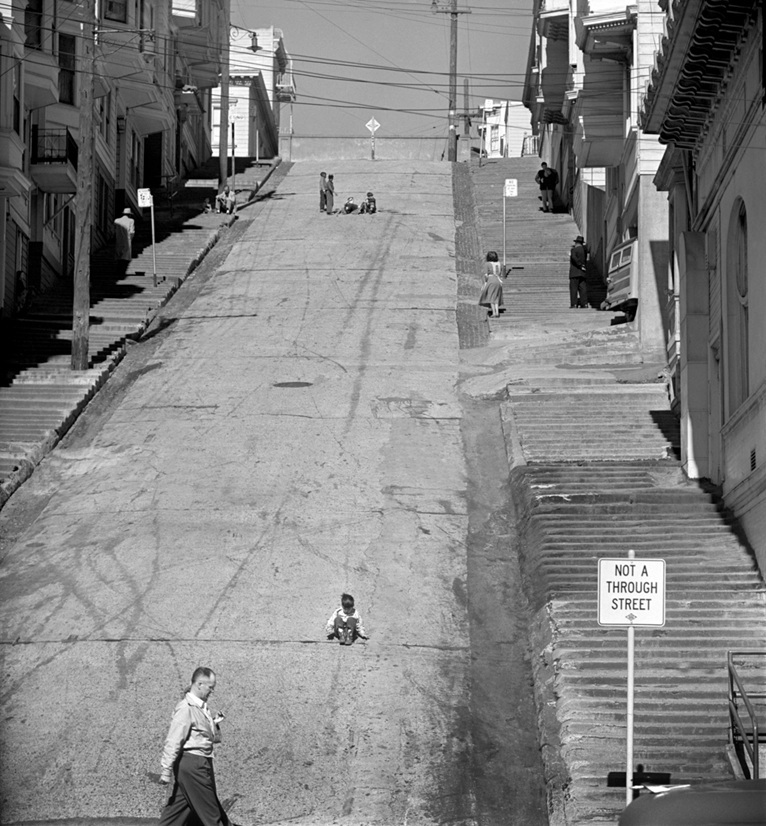