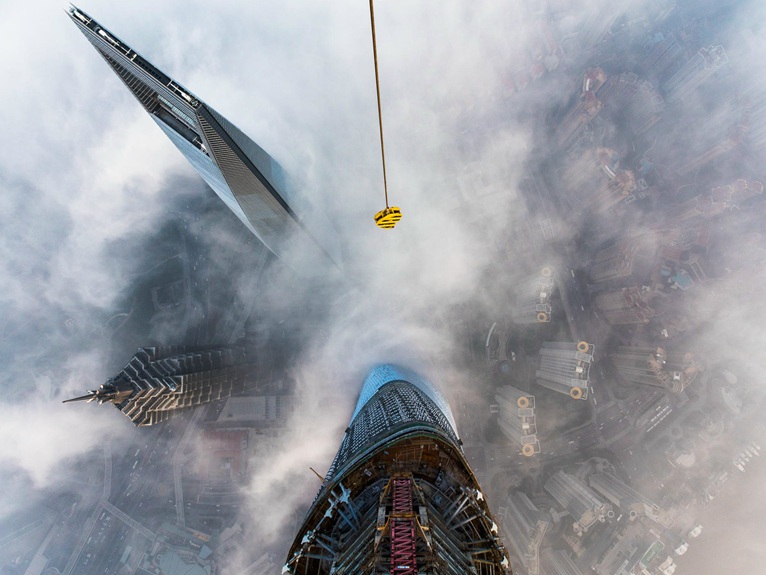 PHOTOGRAPHY_ Surfing on the internet you can find things very astonishing, just like this. Vitaliy Raskalov and Vadim Makhorov are two Russian adventurers/daredevils/adrenaline junkies who recently climbed the second tallest building of the world with no safety gear, but just with GoPro cameras and apparently no fear.

The result: shocking vertigo-inducing cityscapes and a video that can cause panic attacks. Beware, it may cause dizziness!!! 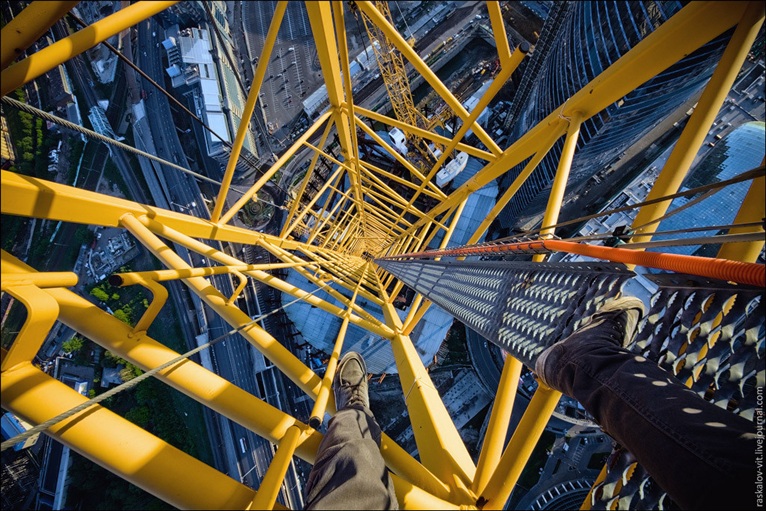 "Hello everybody! I want to dilute the two-month-long silence in this livejournal with my post. Several month ago Vadim and I had planned a trip along Chinese biggest cities, from Hong Kong to Shanghai. The main purpose of the journey was world’s highest construction building – Shanghai tower. Now it is under construction and so far its height is a little more than 650 meters. So now it is the world’s second high building after Burj Khalifa in UAE.

Aware of the strict Chinese law, we prepared carefully and picked an appropriate date, the Chinese New Year day. At that time the security was less watchful, workers were on vacations, and cranes did not work. We got to the crane at around midnight. It took us almost two hours to get on the 120th floor by foot. And also, we spend almost 18 hours on top of the building, sleeping and waiting for better weather. The result you can see in our new video." 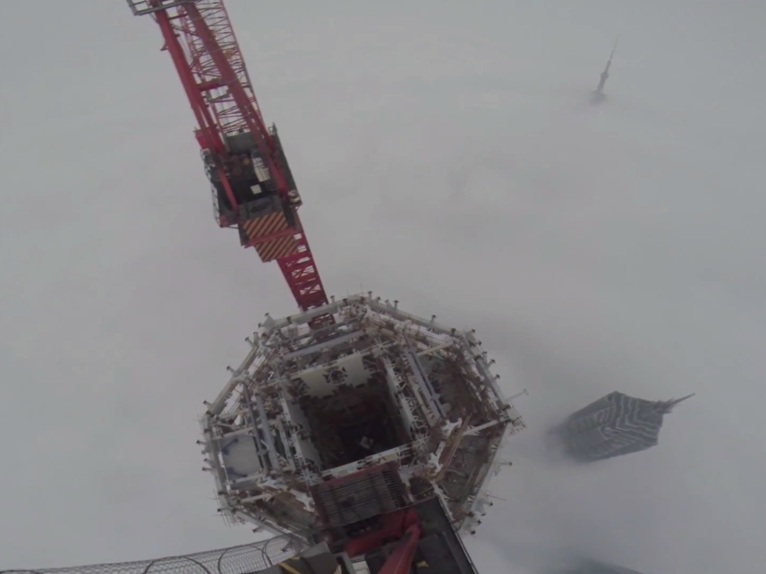 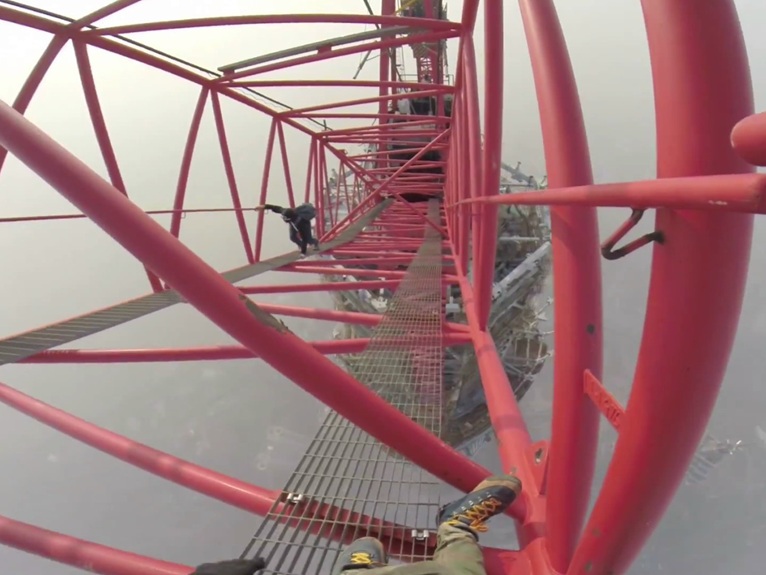 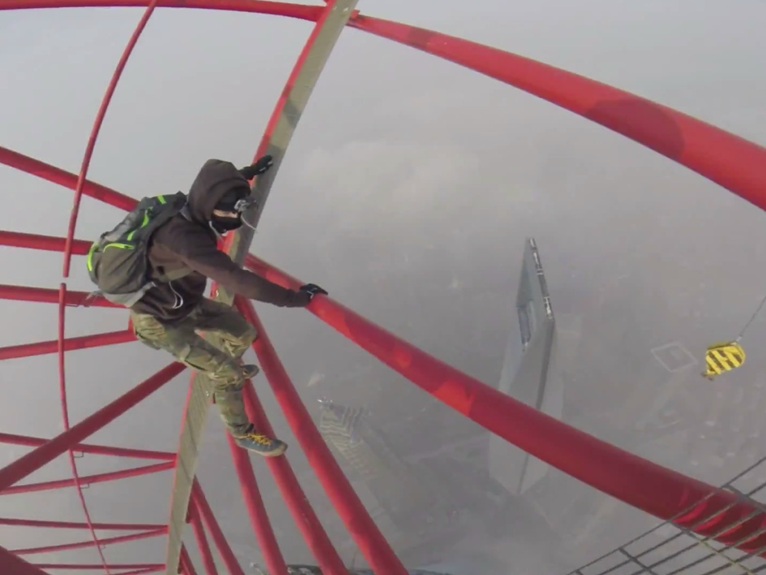 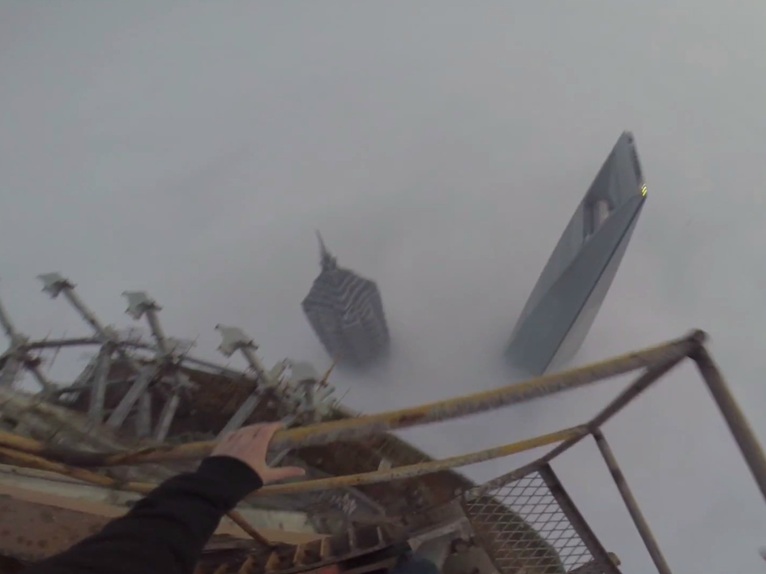 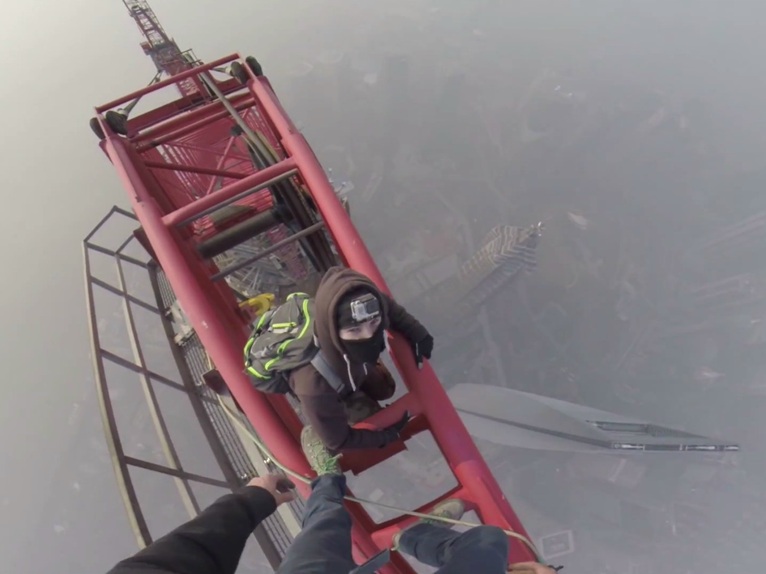 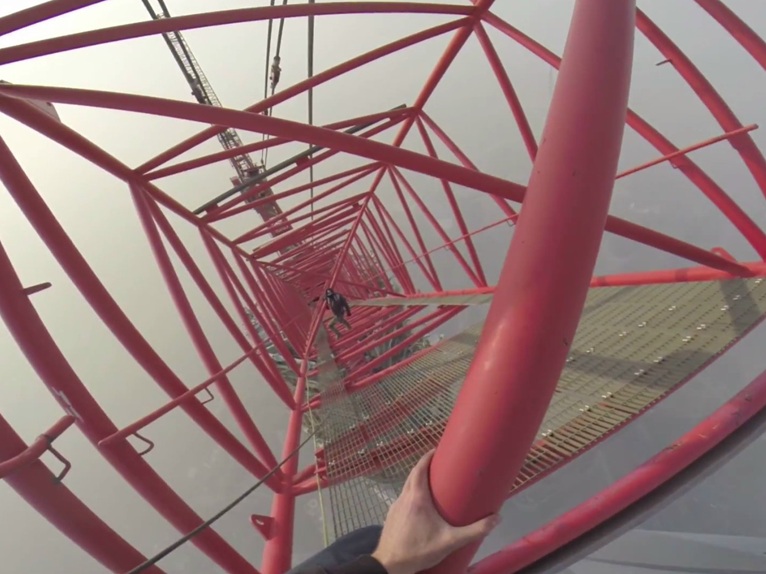 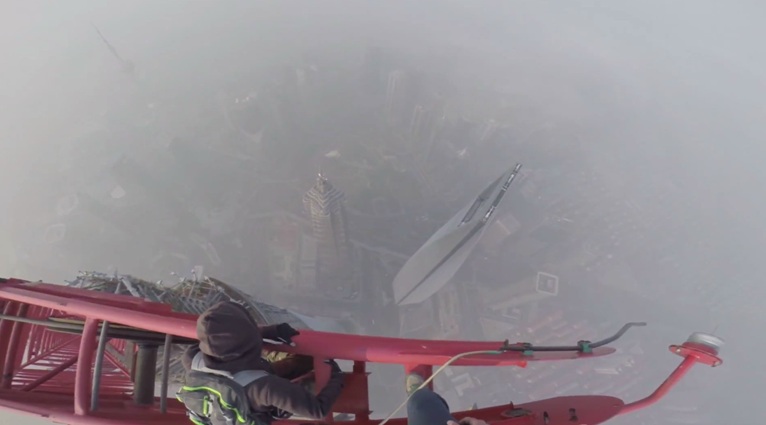