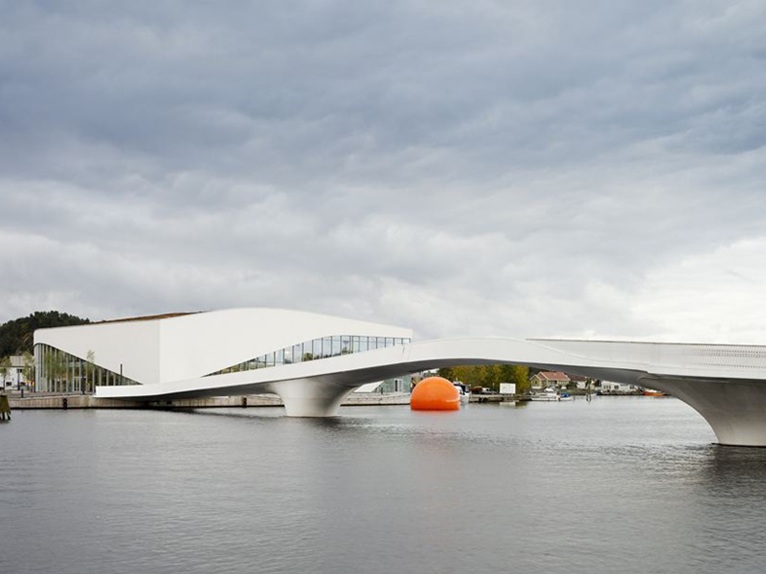 Danish firm 3XN Architects' footbridge by “Buen” cultural centre in Mandal, Norway, has just been officially opened. The project is part of the master plan that will relaunch the whole urban area. The bridge crosses the river and connects the cultural centre The Arch, which opened April 2012, with the local community. 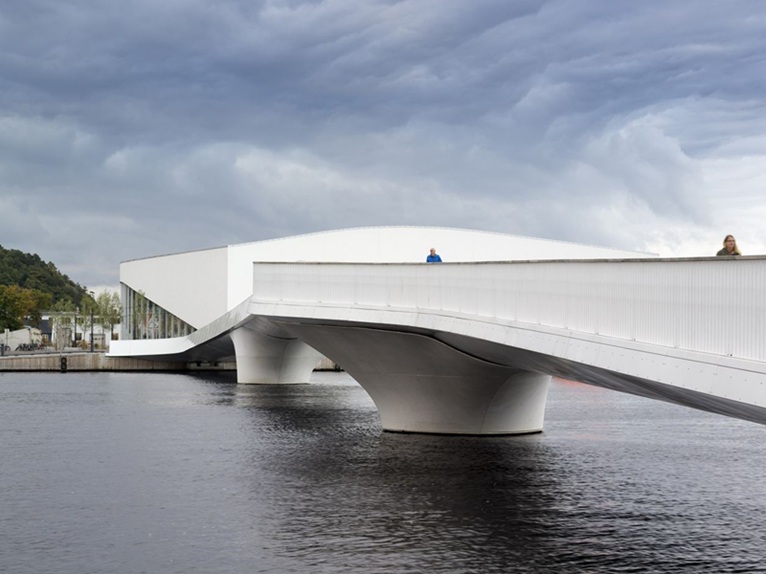 The bridge, which is slightly curved, has two “pockets” that invite people crossing the river to use them as open spaces and meeting places from which they can enjoy the views of the Norway's southernmost city to the full. 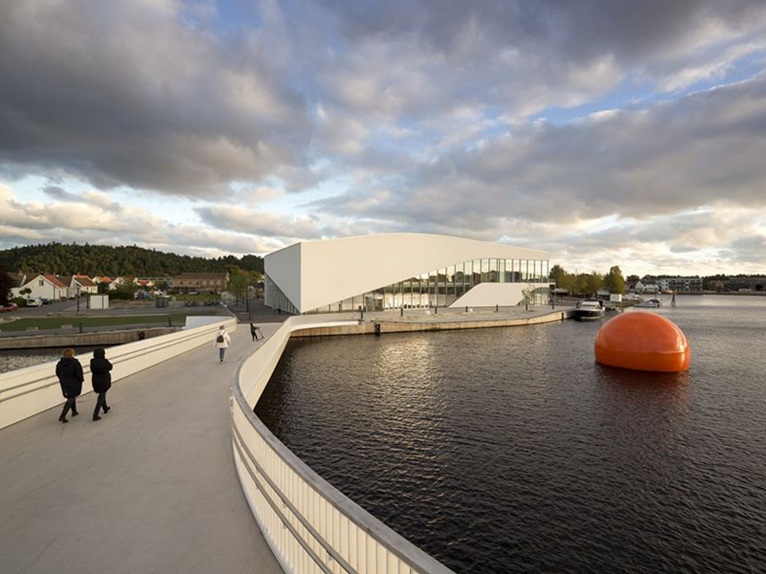 The sleek and smooth “movement” of the bridge blends perfectly, in terms of shape, colour and material, with the cultural centre and with the two parts of the city that it connects. 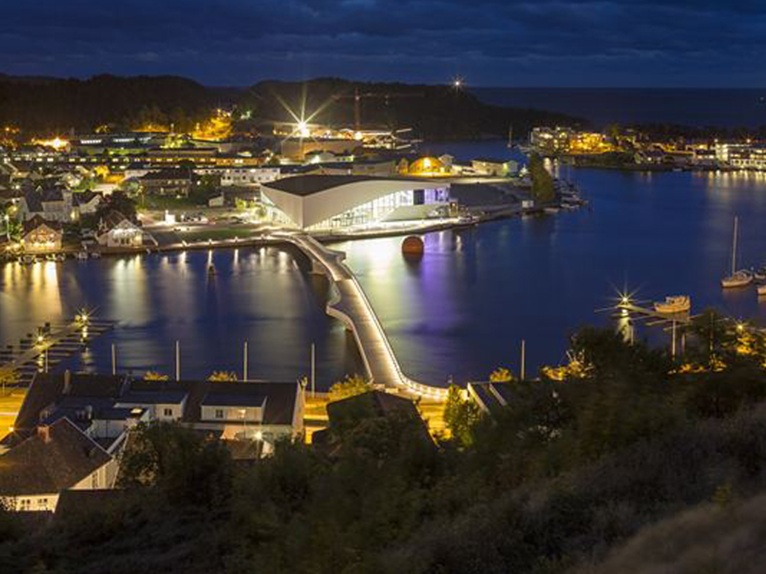 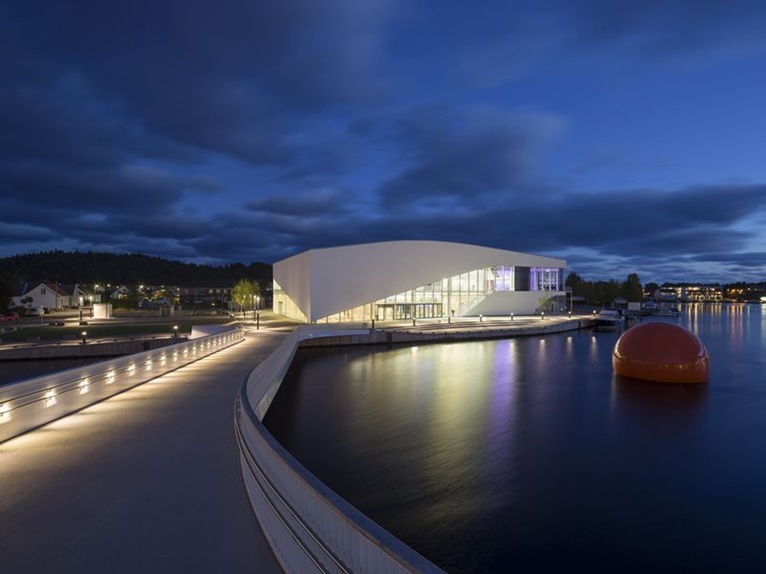