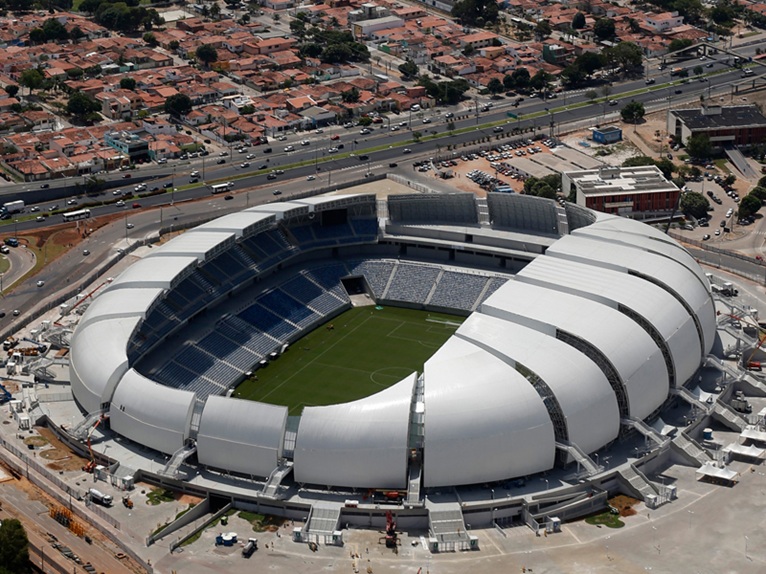 The Arena das Dunas in Natal, Rio Grande do Norte, which will host four group stage matches during the 2014 FIFA World Cup Brazil, has been inaugurated by Brazilian President Dilma Rousseff. The inauguration on 22nd January was followed four days later by the first competitive matches – a double-header with América-RN facing Confiança-SE in a Northeast Cup match followed by ABC playing Alecrim in the Rio Grande do Norte State Championship. After the World Cup, the two home teams (América RN and ABC) will become the tenants for the next twenty years. 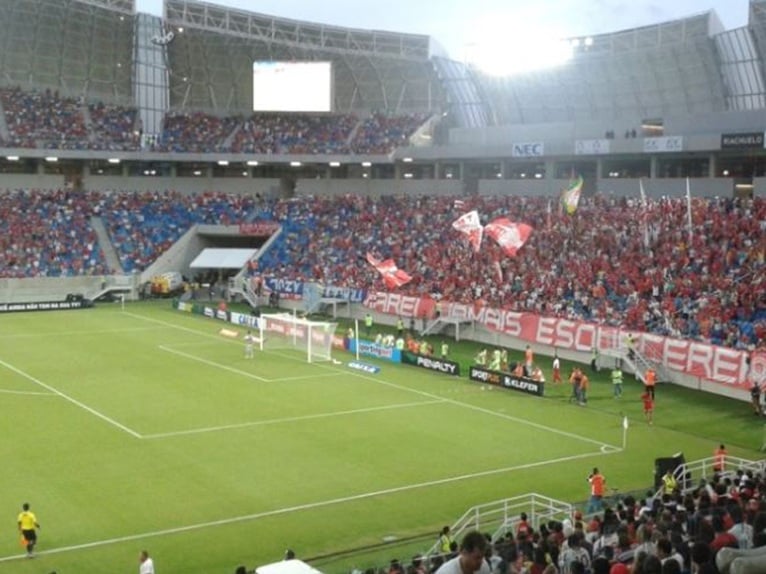 Arena das Dunas, including the landscape and masterplan of the surrounding areas, represents a further achievement for the world’s leading sports architecture practice, Populous, after their works for the Winter Olympics including the Fisht Olympic Stadium in Sochi. The venue, inspired by the coastal city of Natal’s sand dune landscape, has a capacity of 42,000 with 10,600 removable seats and is the seventh of the twelve stadia for the World Cup finals to have been completed.

Christopher Lee, Senior Principal at Populous and Lead Architect of the Arena das Dunas commented: “We have designed a stadium and a masterplan that showcases the aesthetics of the beautiful surrounding area of das Dunas and will create a great atmosphere for the World Cup 2014.” 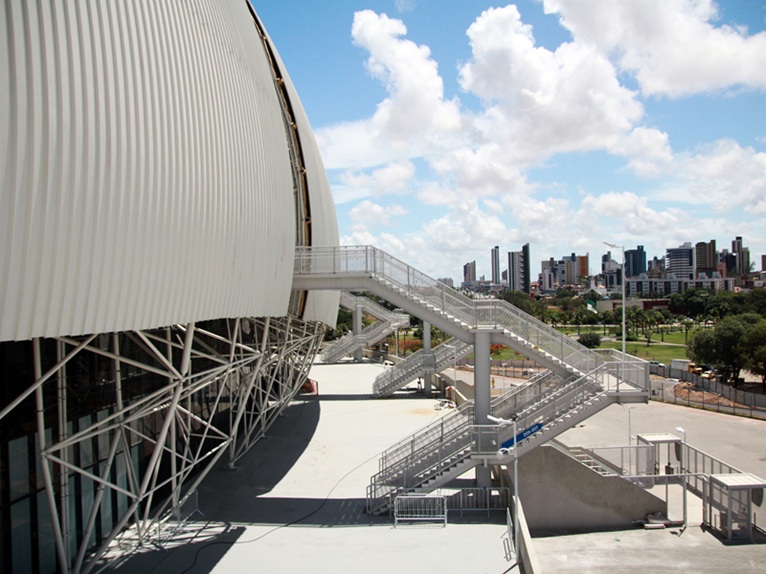 The Dunas Arena is designed to be a multi-purpose venue. The main stadium will host sports events, trade shows and concerts, and the stadium’s 22,000 square m outdoor plaza will also host events. 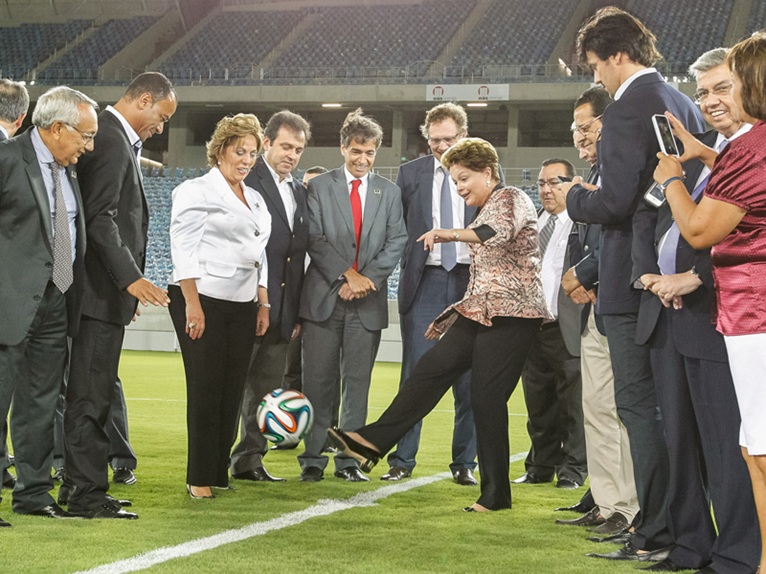 President Dilma Rousseff commented in the inauguration: “I was delighted by the beauty of this stadium, especially given the fact that it was delivered 3% below budget, and that it will earn the seal of Ecology” she continued “This stadium is as beautiful as Natal.” 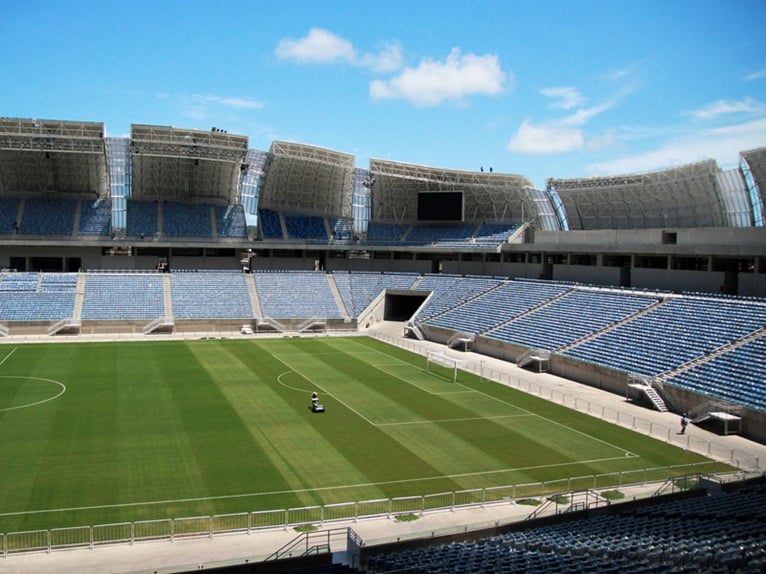 “The arena is in the city centre and after the World Cup we can set up a commercial area between the access ways,” said Charles Maia, Dunas Arena director. 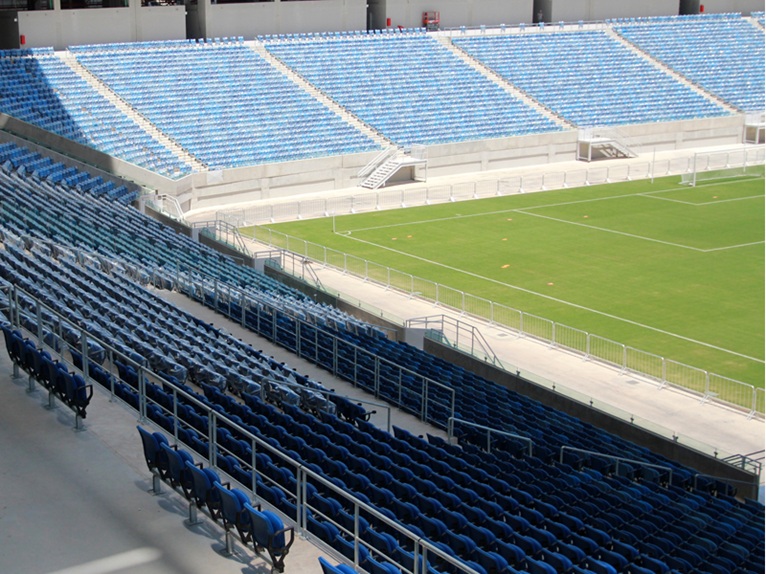 “In addition, we have an area where events and concerts may be held. Since the beginning, the arena was designed as a multi-purpose venue that can be used year-round. Our goal is to make it profitable. The two main football clubs in the state, América and ABC, have signed a contract with us, and we have already arranged a certain number of matches.” 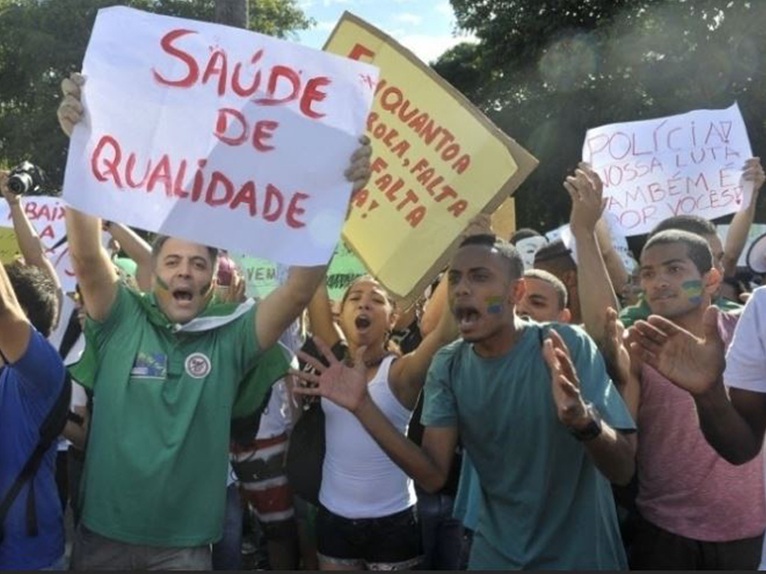 However, it is not all milk and honey. Demonstrations by non-profit organisation Rede Jubileu Sul Brasil have focussed on the government's decision to finance the World Cup arenas rather than education and health. On one placard it was written: “The $ for Education Went to OAS”. 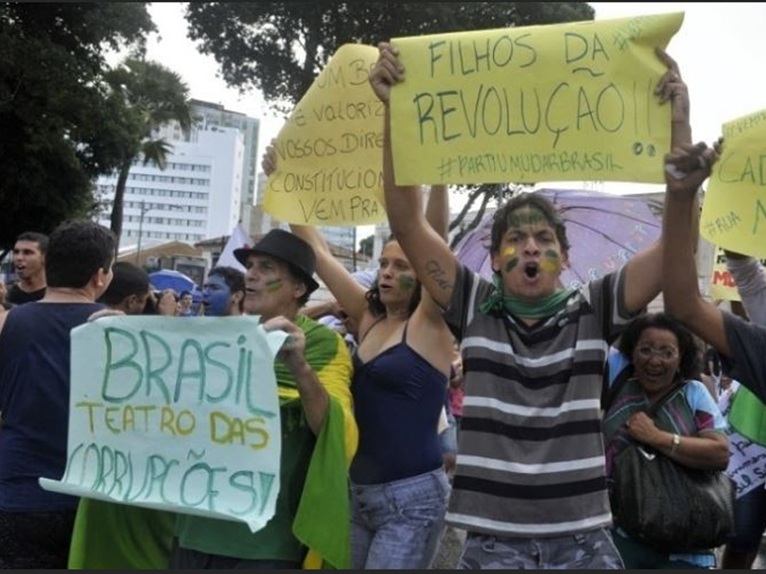 OAS, who are the constructors and managers of the stadium, invested 40 million Euros of the 125 million, however, the guarantees were provided by the State of Rio Grande do Norte. Furthermore, for the first eleven years of the twenty year lease they will receive 3 million Euros per month, the following three years they will receive 830,000 Euro and for the last three 30,000 Euro. If the stadium gives high profits, this can be reduced BUT more importantly, if it does not, OAS is guaranteed a minimum profit which the state government is obliged to pay, as well as the monthly instalments. It is, therefore, of paramount importance that the post World Cup events are profitable. The arena's core business will of course be football, so it might be difficult to make high profits considering that the two tenants are teams from the second tier of Brazilian football who last season attracted average gates of around 4,000! The marketing manager of the Arena, therefore, aims at providing all-day, all-week services to customers like themed sports bars, a gym, a restaurant overlooking the pitch, a playroom and an indoor arena.