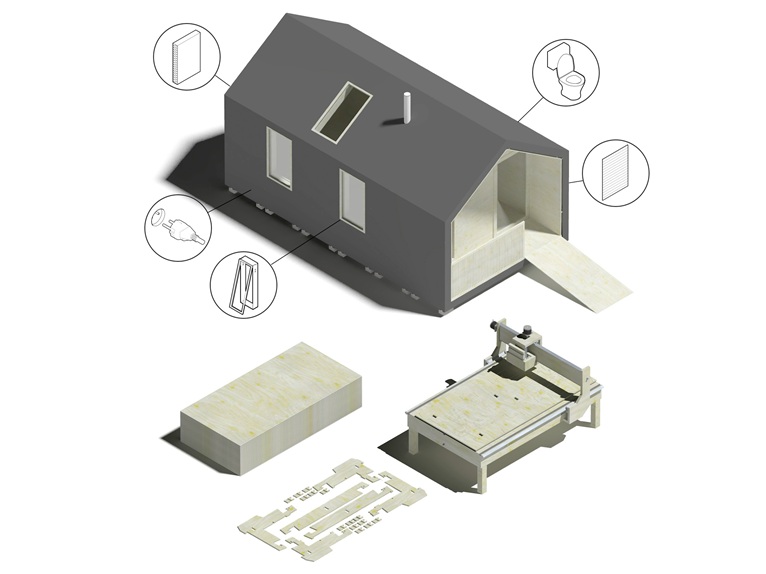 ARCHITECTURE&TECHNOLOGY_ How would it be if you could design and realize your design project totally by yourself? What if you could use 3d models to generate cutting files from which you can print out a kit of constructing-parts?

WikiHouse is an open source construction system with a community library of 3d models. It's aim is to make it possible for anyone to design, share, download, adapt and 'print' houses which are low-cost, high-performance and suited to their local needs. Using a CNC machine (Computer numerical control), the house parts can be digitally 'printed' from a standard sheet material like plywood, and the main structure assembled in about a day without the need for conventional construction skills.

It combines the potential of distributed digital manufacturing tools like 3D printing and CNC with open, collaborative design to radically lower the thresholds of time, cost, and skill and to put the capability to make generous, healthy, secure housing into the hands of users.

WikiHouse co-designer Alastair Parvin of London-based design studio Architecture 00 ('zero zero') spoke at this years TED conference in Long Beach, California, discussing the bigger picture behind the project, and why, though still a small experiment, it has potential to disrupt the way we make housing and cities. 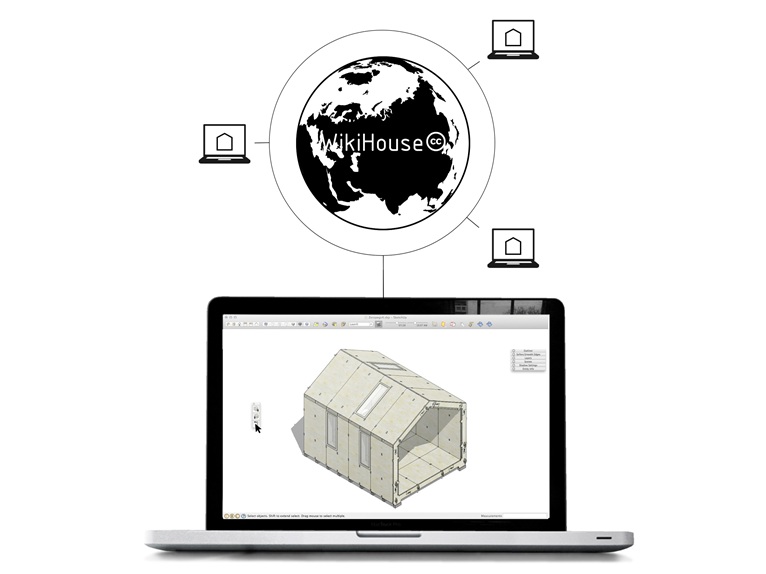 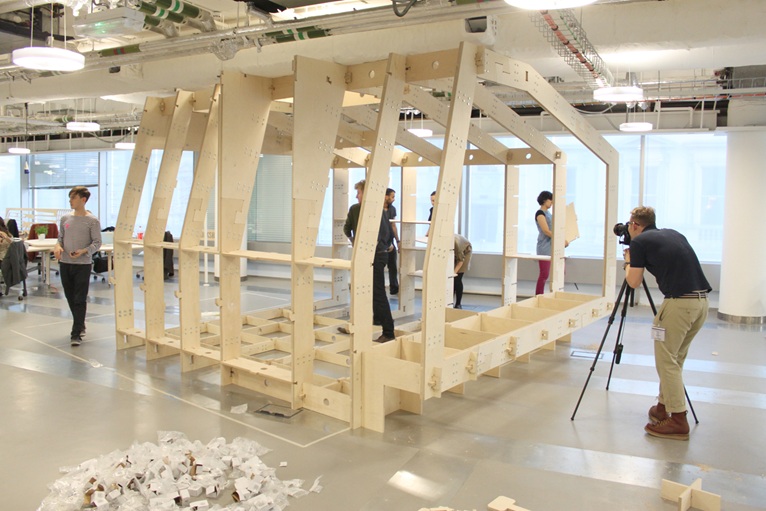 "The open secret is that in reality almost everything we today call architecture is actually design for the 1%. The challenge facing the next generation of architects is how, for the first time, we will make our client not the 1% but the 100% - to radically democratise the production of architecture." Part of this, he argues is about shifting our attention away from the idea that architecture is only making buildings. "A new building is about the most expensive solution you can think of to almost any given problem".

He also argues we need to rethink the way we make and procure cities; shifting from top-down, speculative development to development "not by the few with a lot but the many with a bit, making houses not just as assets to sell but as places to live. What would it mean to give citizens a Right to Build?"

Finally he suggests, architecture needs to empower amateurs. "We are moving into a future where the factory can be everywhere - and increasingly the design team can be everyone." We need to build tools and institutions for the social economy - the 'long tail' of people who are making for themselves. "The reality is that the fastest growing cities globally are not formally developed cities but 'self-made' cities. So if we're serious about tackling problems like urbanisation, climate change and inequality, we need to develop solutions not just to construction but also off-grid sustainable infrastructure, and to put them into a democratic commons. A kind of Wikipedia for 'stuff'." 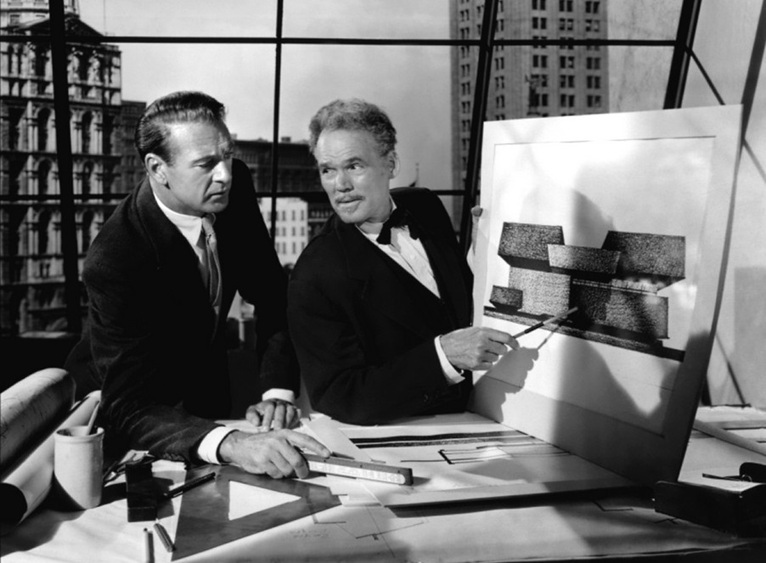 WikiHouse is a small experiment continuously under development, with a growing community of teams involved, ranging from a team in Christchurch, New Zealand working on solutions to post-earthquake housing, and a group setting up a community making factory in one of Rio's favelas. The project is seeking collaborators, funders bust alo, simply people who want to use and make a WikiHouse for themselves.

If you're interested in finding out more, being involved or funding the project, please go to www.wikihouse.cc