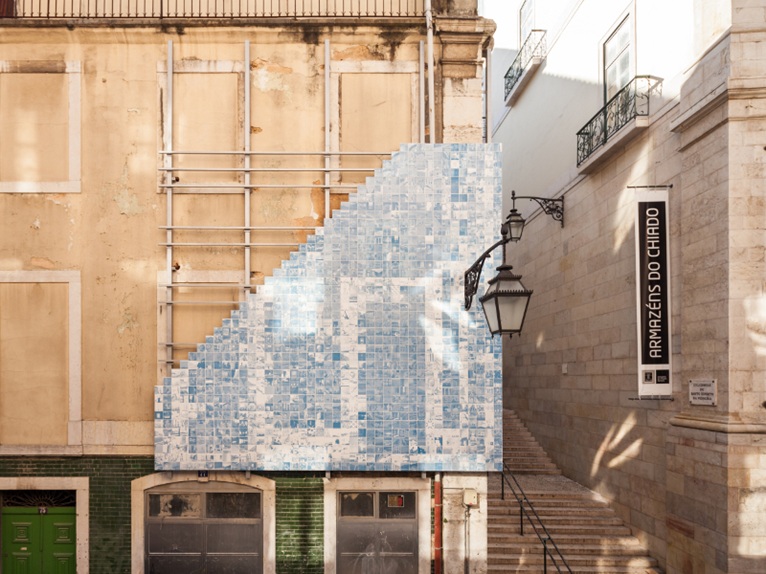 Horror Vacui is a project conceived of in the occasion of the Lisbon Triennale 2013: Close Closer. It is a collaborative project by Jaffer Kolb, Ang Li, and Phoebe Springstubb. The term horror vacui describes a Moorish visual practice that was adopted by Portuguese builders in the 15th century, which involved covering building facades with azulejos, blue and white tiles commemorating scenes from historic events, in order to overcome the unbearable emptiness of the wall. 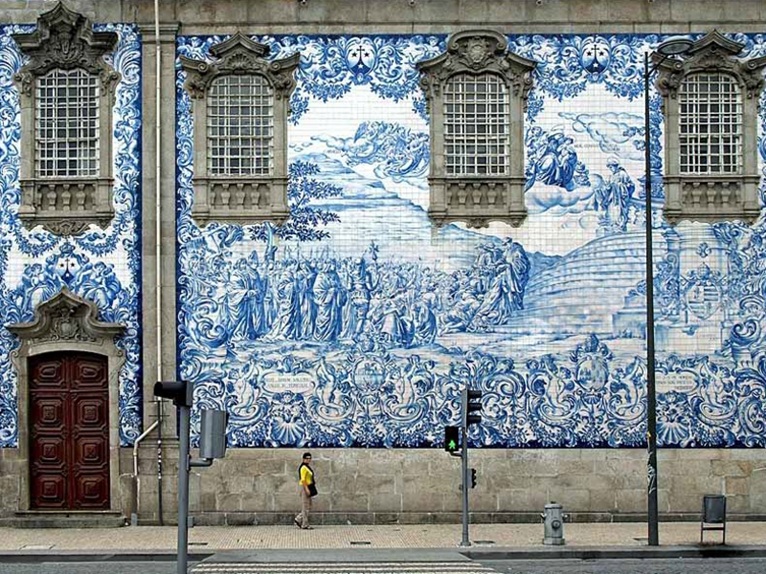 Today’s architects are faced with a different kind of void that takes the form of a widening abyss between designers, fabricators, and users, all searching for common ground. Horror Vacui is an installation conceived of in conjunction with the Lisbon Triennale 2013 that advocates a return to the bricks and mortar of architectural production in order to re-imagine the obsolete masonry wall as a flickering surface for architectural exchange.

Borrowing from the narrative tradition of the azulejos, the project proposes a modular method of collective storytelling through the temporary re-cladding of a series of building facades in Lisbon. 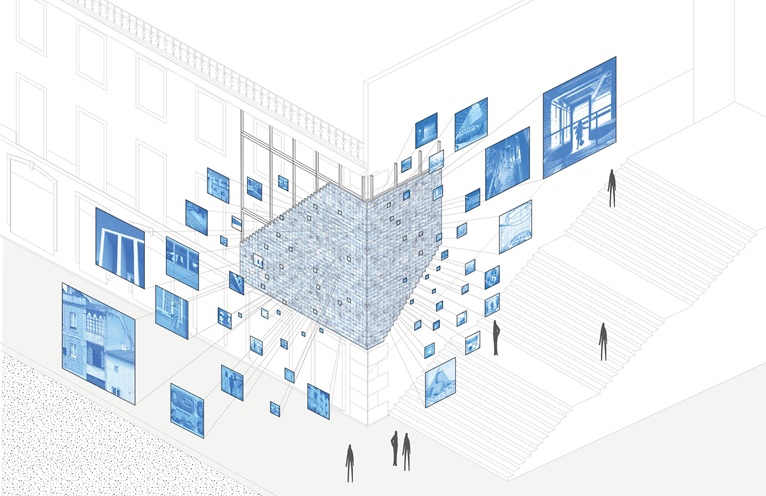 The diffusion of contemporary architectural practices signals the displacement of conventional forms of building with new spatial mediums. But with this dematerialized reality comes a sense of alienation from the immediate and the tangible. In a space where the walls have come tumbling down, instead of liberation we are left feeling increasingly cenophobic. 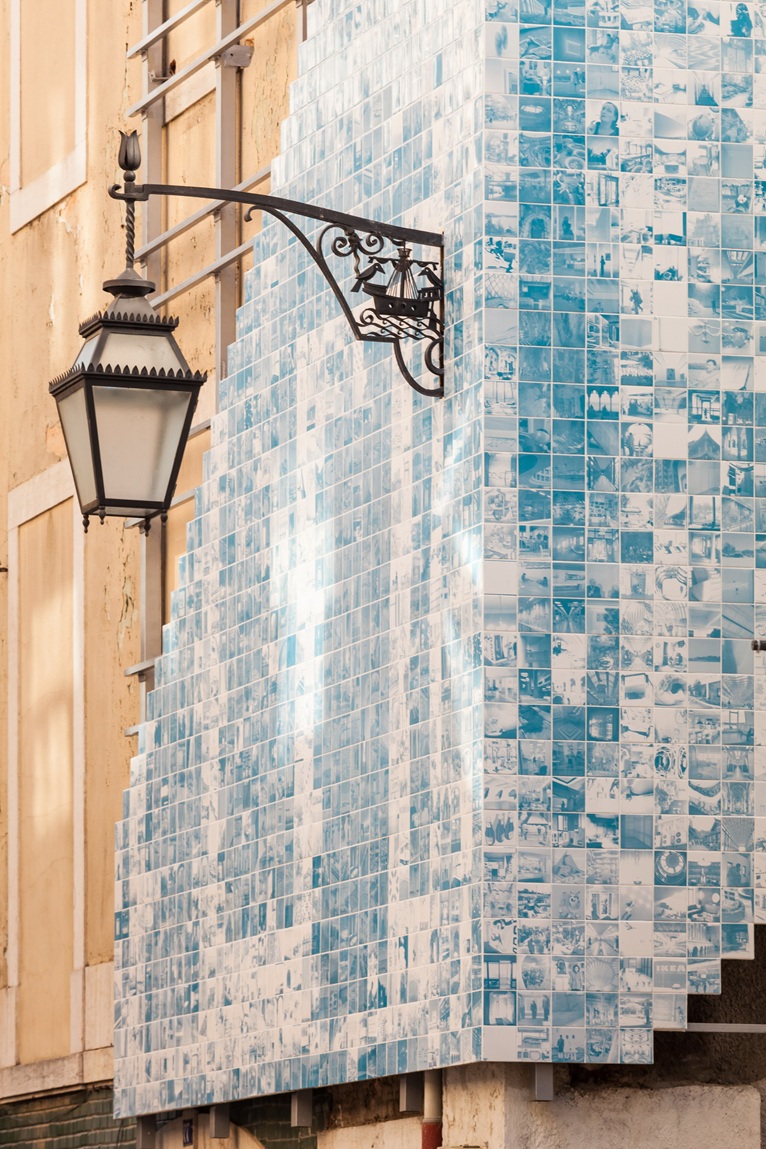 The images are then printed onto the surfaces of 150x150mm ceramic tiles, and brought to site for installation onto a custom scaffold designed to protect the existing façade. 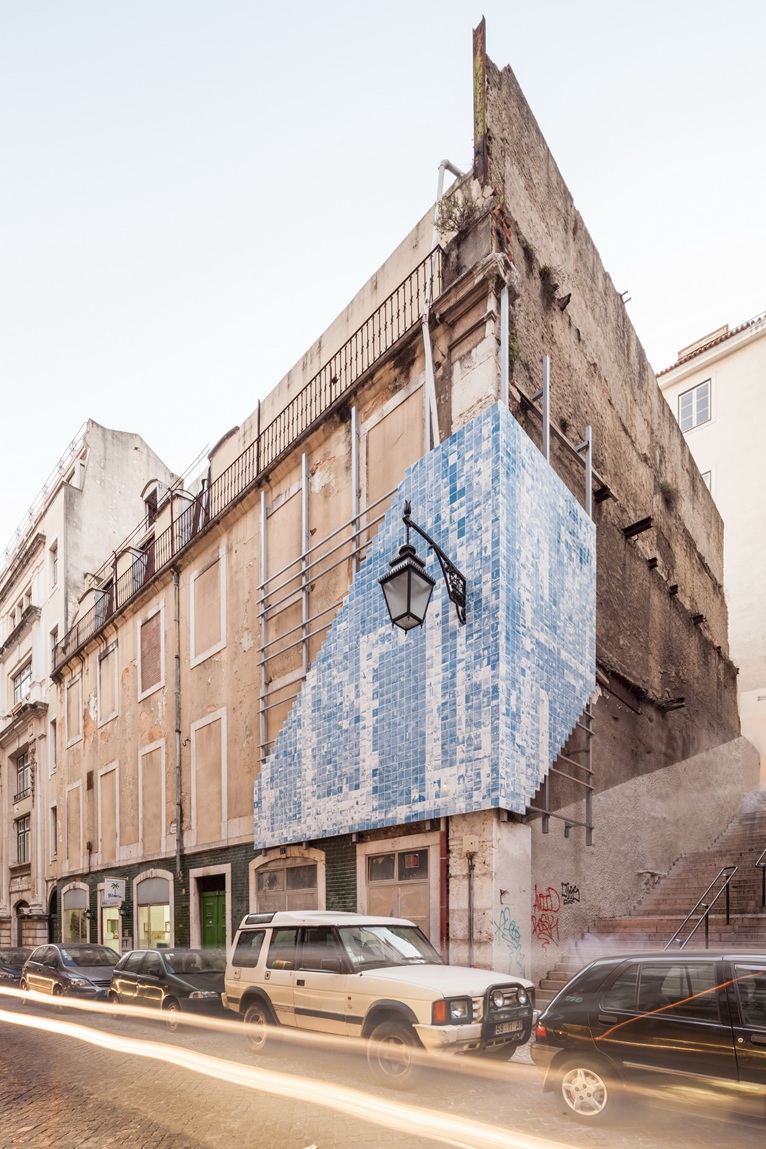 Through this pairing of vernacular production techniques and digital media, the project hopes to compress production times, and conflate geographical distances, in order to transform the insular process of design into a collective endeavor. 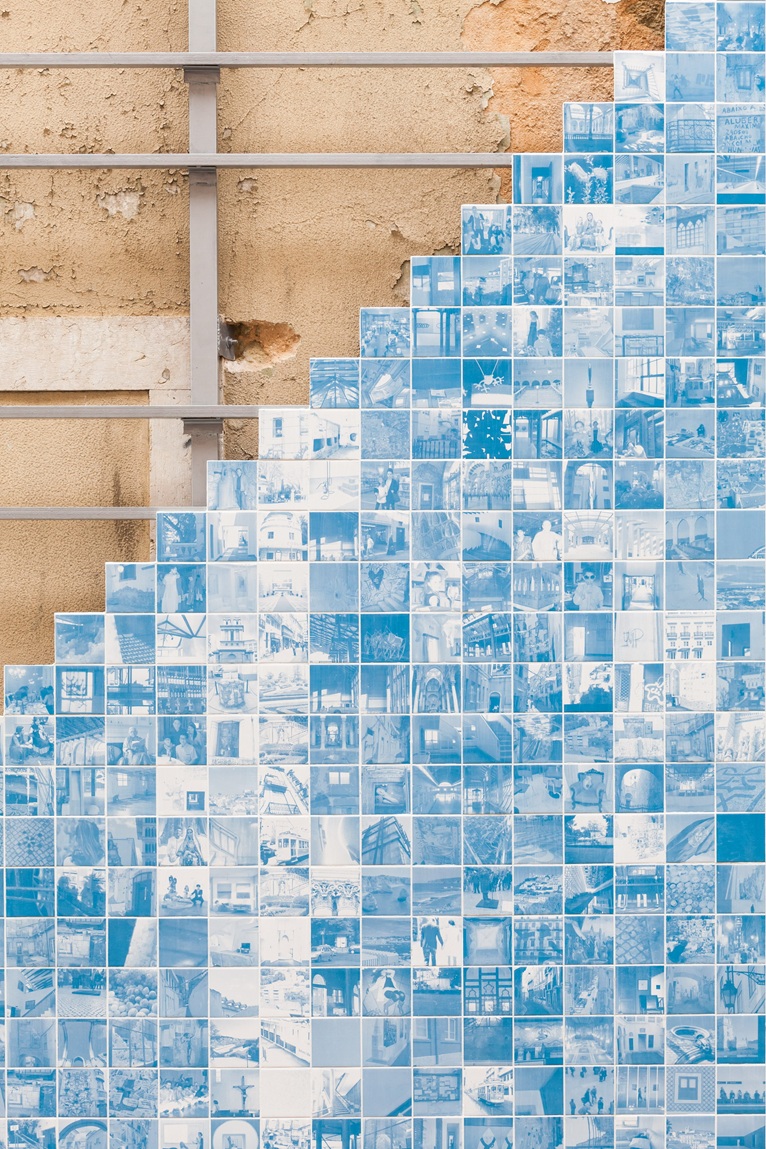 Each tile remains a physical register of a subjective recollection of the city. Collectively the images aggregate to construct a flattened replica of the building behind, a kind of trompe l’oeil rendered in blue and white. 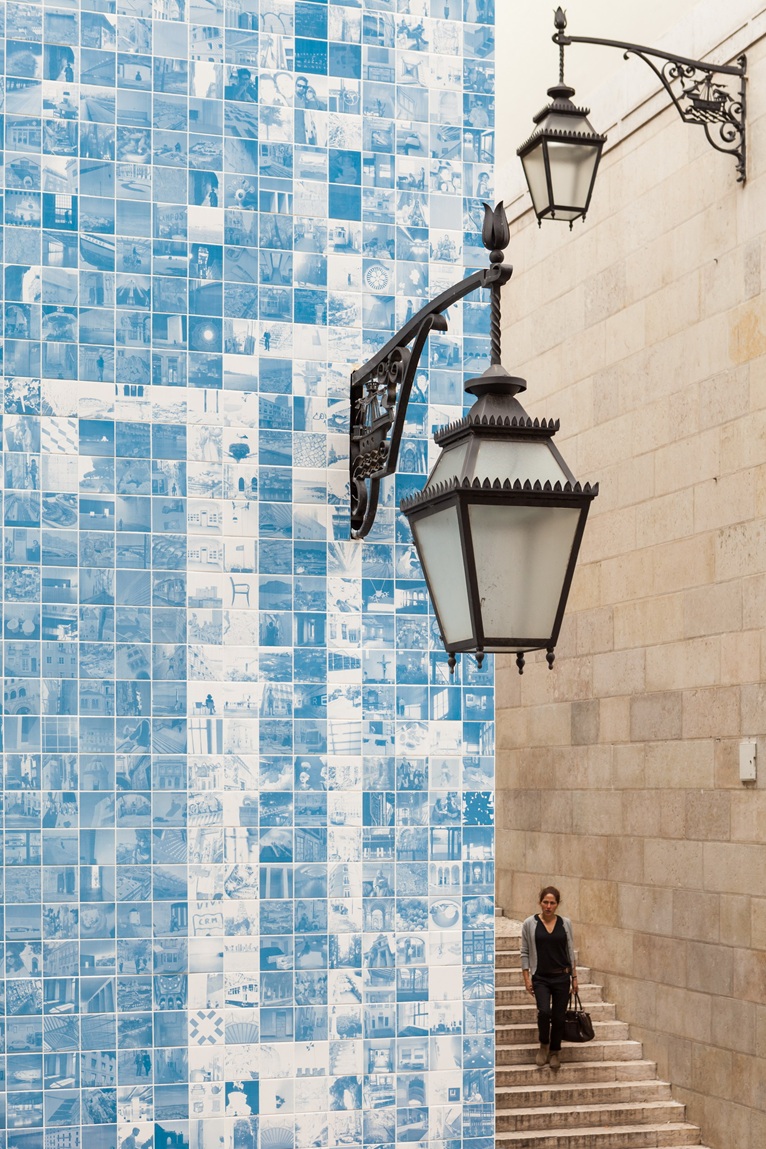 By hiding the facade in plain sight behind a mediated copy of itself, the wall is given renewed relevance as a communicating agent, inviting the public to take a closer look at the hidden depths of an architectural surface.