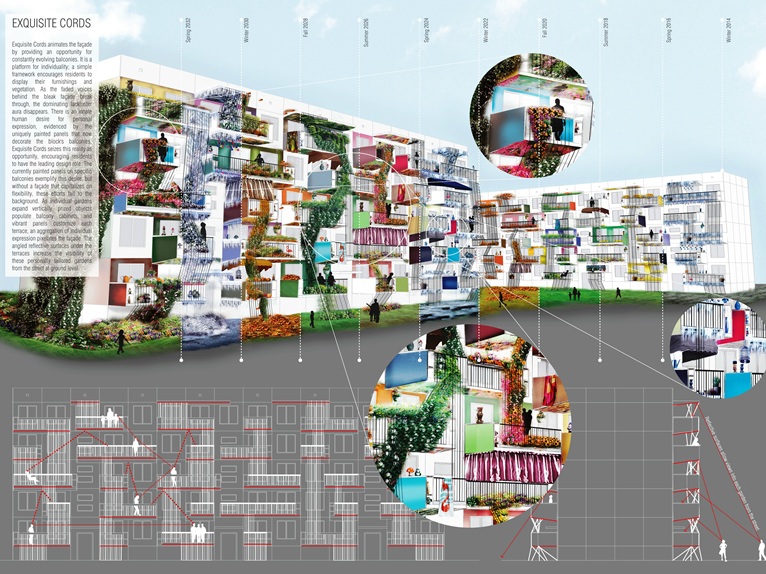 COMPETITION _ ‘Brutalist’ architecture, despite the type’s significance to the study of building design, has drawn a great amount of criticism since its appearance in the mid-20th century. From the United States to Europe to Asia, many examples of Brutalist buildings face demolition, having reached an end to their original lifespans and requiring major renovations. Some owners cite the difficulties of adapting these structures to new programmatic or functional needs. Others simply demand the removal of these buildings due to their ‘inhuman’ nature and lack of transparency, claiming them as eyesores to their communities in both urban and suburban settings.

There are instances, though, of Brutalist buildings having been successfully overhauled and restored. This competition sought new ideas for this practice, focusing specifically on an abandoned apartment block in Liepaja, Latvia, a Russian and Soviet-influenced port city on the Baltic Sea, and a region that is home to many such buildings.

Homemade Dessert and its partners in the municipality of Liepaja would like to thank those who participated in this design competition.A total of USD$4000 has been awarded to the three winning proposals:

The winning submission responds directly to the question: how can this type of mundane apartment block be made more dynamic? The proposal infuses the existing structure with a human element, animating it by grafting balconies onto the existing façade. Furthermore, it offers users the opportunity to personalise units with individual gardens visible from ground level, by overlaying the façade with a system for supporting the vertical growth of plantings. The submission was considered by the jury to be most successful for its ability to transform this otherwise sterile façade into a stage for individual and community expression. 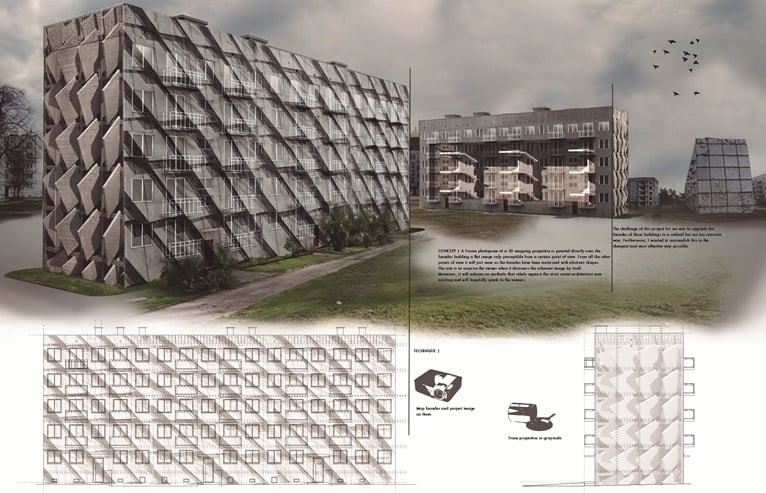 The project is a clever experiment with visual perception, and treats the buildings as massive surfaces for the display of images. Similar to both billboards and projection screens, the proposed method of painting 5-storey-high grayscale images turns the apartment block exterior walls into holograms; viewers can perceive from specific locations the transformation of the façade’s painted texture into a three-dimensional artwork. The proposal offers an opportunity for changing surface treatments over time, the buildings becoming a curated gallery for imagery. 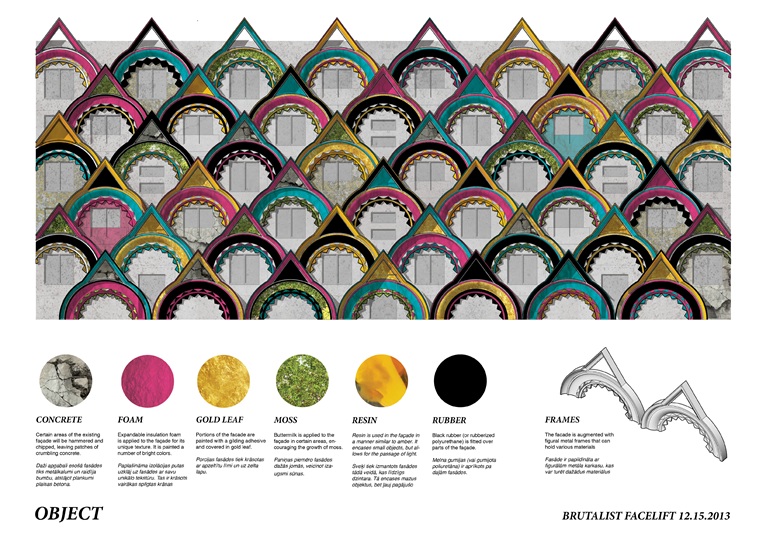 Almost sarcastic in its reinterpretation of regional architecture, the project invents a set of cultural-historical symbols and inserts these onto the blank Brutalist façade as a figural motif. Frames of various colors, materials and textures create a collage effect that is both dynamic and humoristic. The project merges two opposing architectural design methods: one local, decorative and ornate; the other international, material and minimalist; to propose a unique blend of local architectural expression.