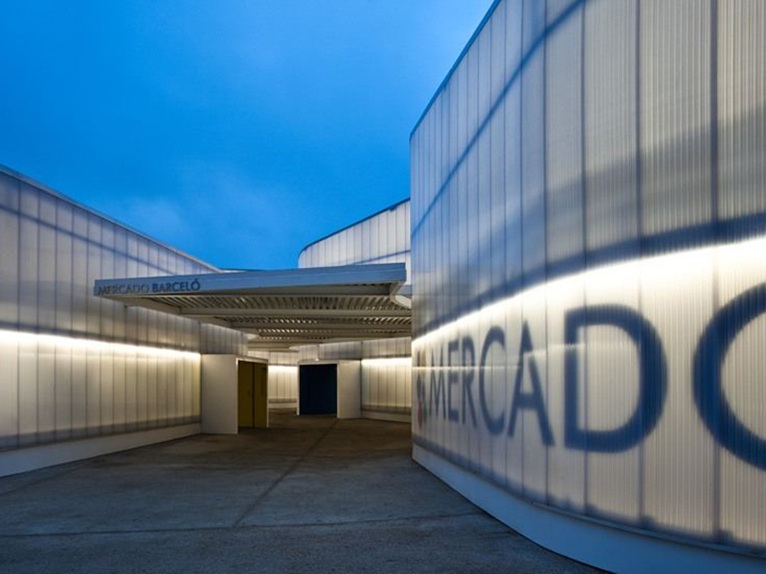 BARCELÓ TEMPORARY MARKET designed by Nieto Sobejano Arquitectos is situated in Plaza del Arquitecto Ribera, in Madrid on top of an underground car park. The design concept stems from the desire to evoke the traditional concept of 'market' located in the public square of the city, while the composition of the volumes seems to be obtained from the sum of the various interventions. 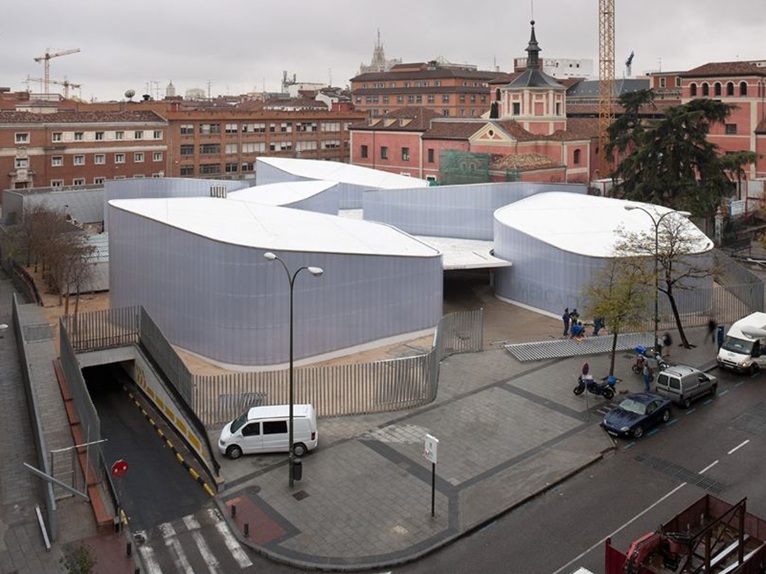 Different bodies connected to each other ensure the coexistence of several functions, from the shopping centre itself to the sports equipment, from the library to the open spaces, to the parking area. 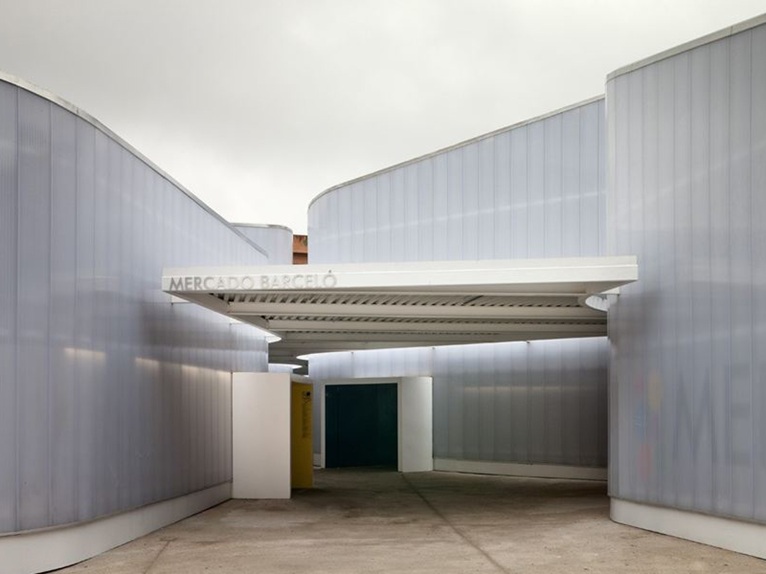 Since this is a temporary structure, the Barceló Market has been designed to be a recyclable container, capable of inducing an all new perception of the surrounding built environment. 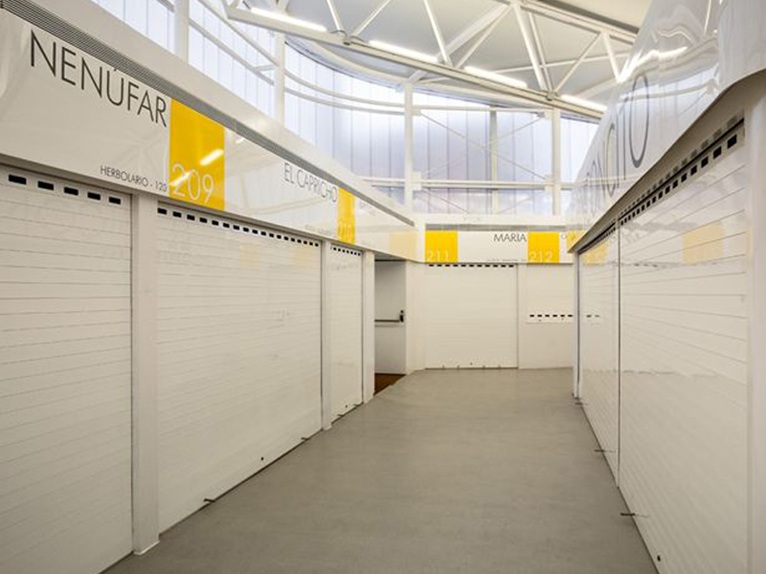 The pavilions that make up the building have been designed in accordance with a kind of combinatorial exercise, made up of a double system of pentagonal shape, in turn, consisting of a modular element which is replicated three times and rotated to different angles according to different scales and angles.