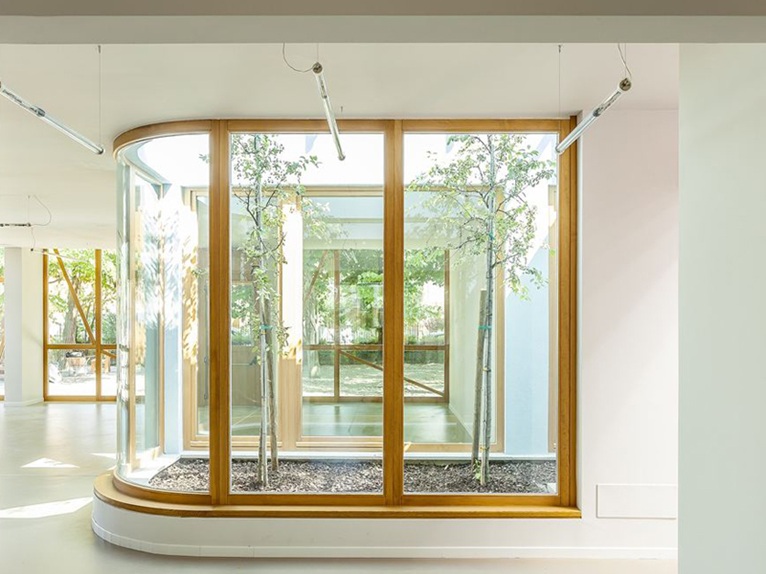 The giardino coperto (Covered Garden) is the extension of a private nursery school, a donation of the Recordati family, in Correggio Emilia in the province of Reggio Emilia in Italy, a region that has made innovation in teaching and architecture its trademark. The Laboratorio Permanente project occupies a portion of the school garden. 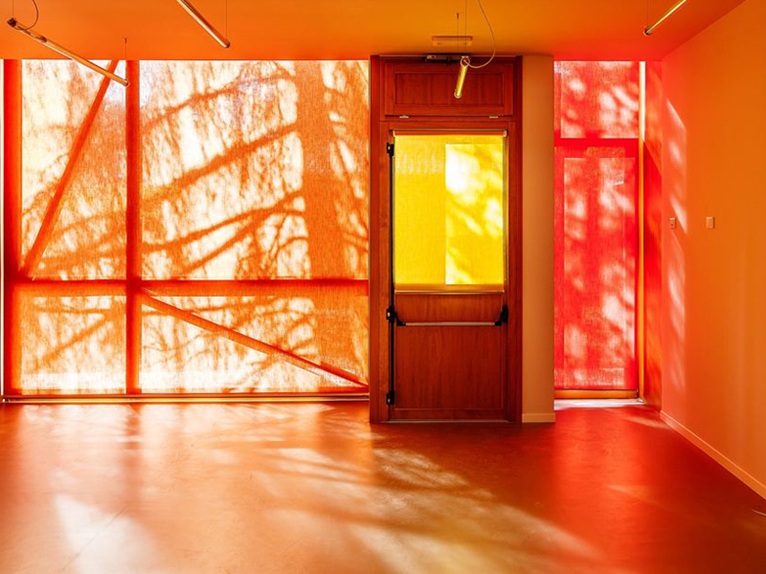 For this reason, the whole project focuses on the creation of a new structure that repays this sacrifice by means of different strategies: by building a walkable and partially green roof, creating large openings on the trees of the existing garden, by introducing a leafy patio into the heart of the building.

The project's goal was to not impede the relationship with the outside world in any part of the new structure. Even by keeping the children indoors, the structure seems an integral part of the garden. The generous use of windows makes the perimeter walls almost completely transparent. The façade system is partially indented with respect to the alignment of the structure by creating balconies and bow windows that give privileged views over the open air spaces, which can be enjoyed during the winter months too. 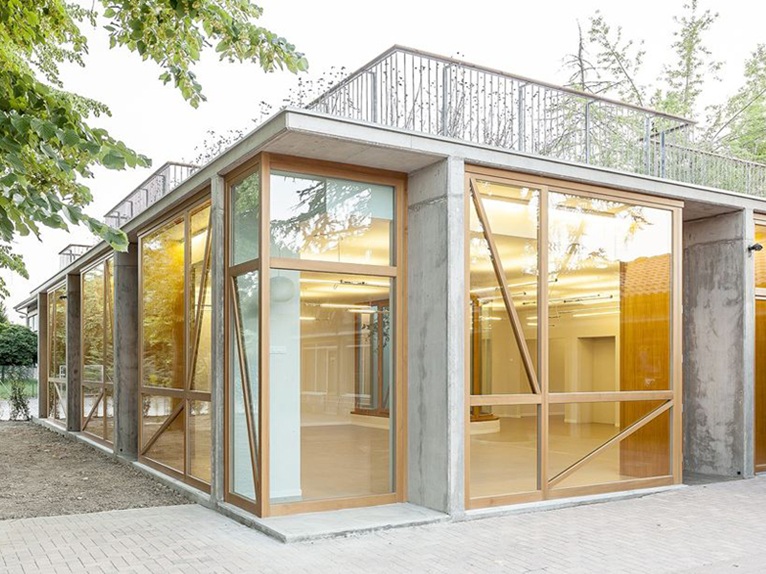 A further open air space available to the children has been created on the roof, accessible via an external staircase, to restore the space taken from the garden. The walkable roof was designed as a system of different “environments” where the children can perform various activities: planting new shrubs in the soil planter, playing on different textures created by the unusual laying of interlocking blocks, sitting on the comfortable child-size wooden bench. In the perimeter soil planter on the roof, tall flowering verbena have been planted. 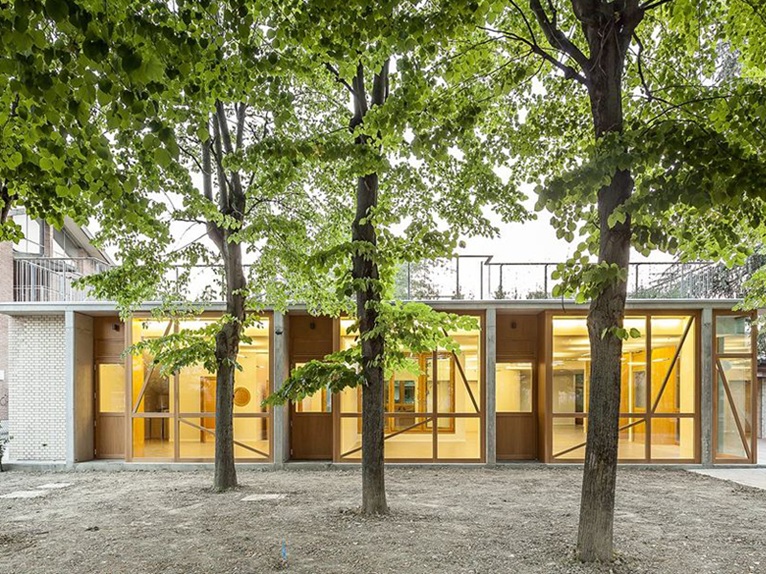 The organizational strategy of the interior has been developed with the heads of teaching and proposes a free as possible plan with interior viewpoints and openings, between one environment and another. Inside the building, there are no pillars and the structural organization of the building is around the edges to keep the geography of space inside as flexible as possible. 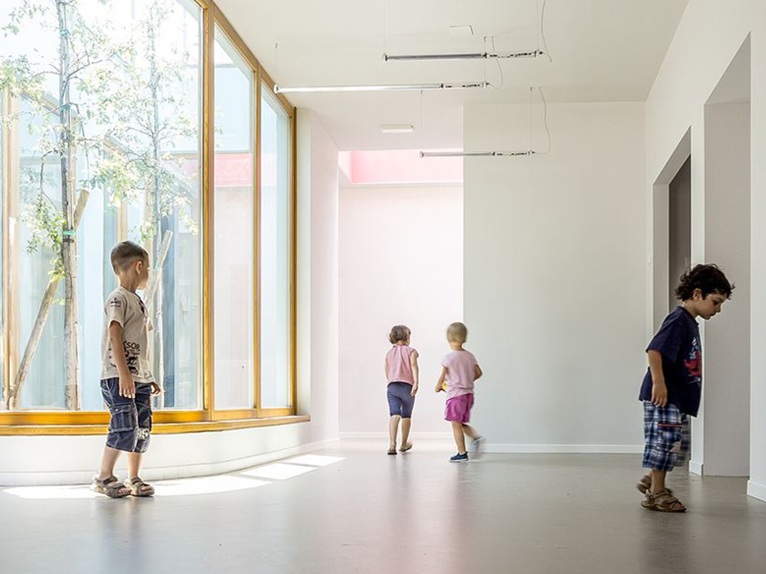 The central patio painted blue, in which two flowering Meli (Malus Everest) have been planted, operates as a shaft of light, a kaleidoscope of colours and scents, capable of bringing natural light even into the heart of the building. The extension covers an area of about 400 square meters, distributed on one level. The functions envisaged are two relocated sections, two bathrooms, a sleeping area and a dining area. The structure is made of reinforced concrete and was the subject of a careful anti-seismic study. The cladding is made of pine and glass and is shielded by large red, orange and yellow curtains that avoid excessive summer sunshine and that, if closed, create plays of transparency on the garden.