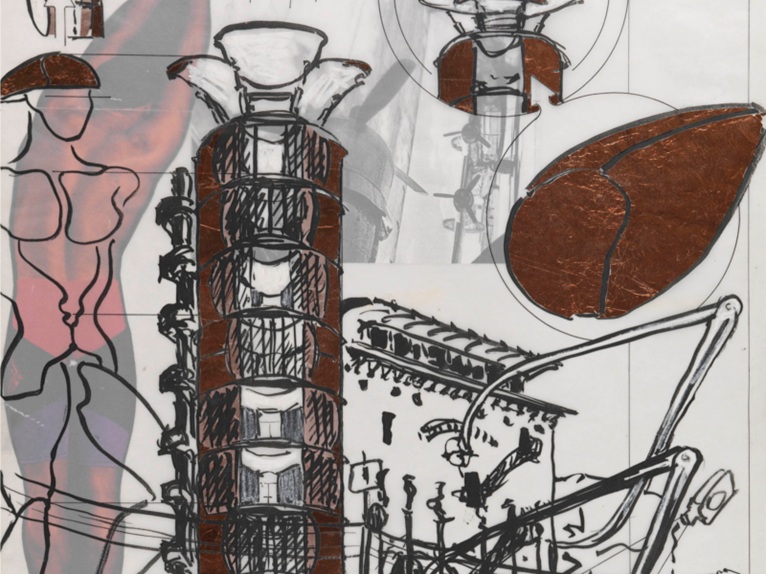 INTERVIEW _ I have always seen Nigel Coates as an eccentric architect, an unconventional designer and a distinguished academic leading the Department of Architecture at the Royal College of Art .

What I found out this year is his exceptional capacity to concept projects and translate his utopian vision and his polyhedric vision of the city onto paper.
I met Nigel in his studio in South Kensington in September during “EXPLODED” a journey through his career by means of a personal selection of drawings. 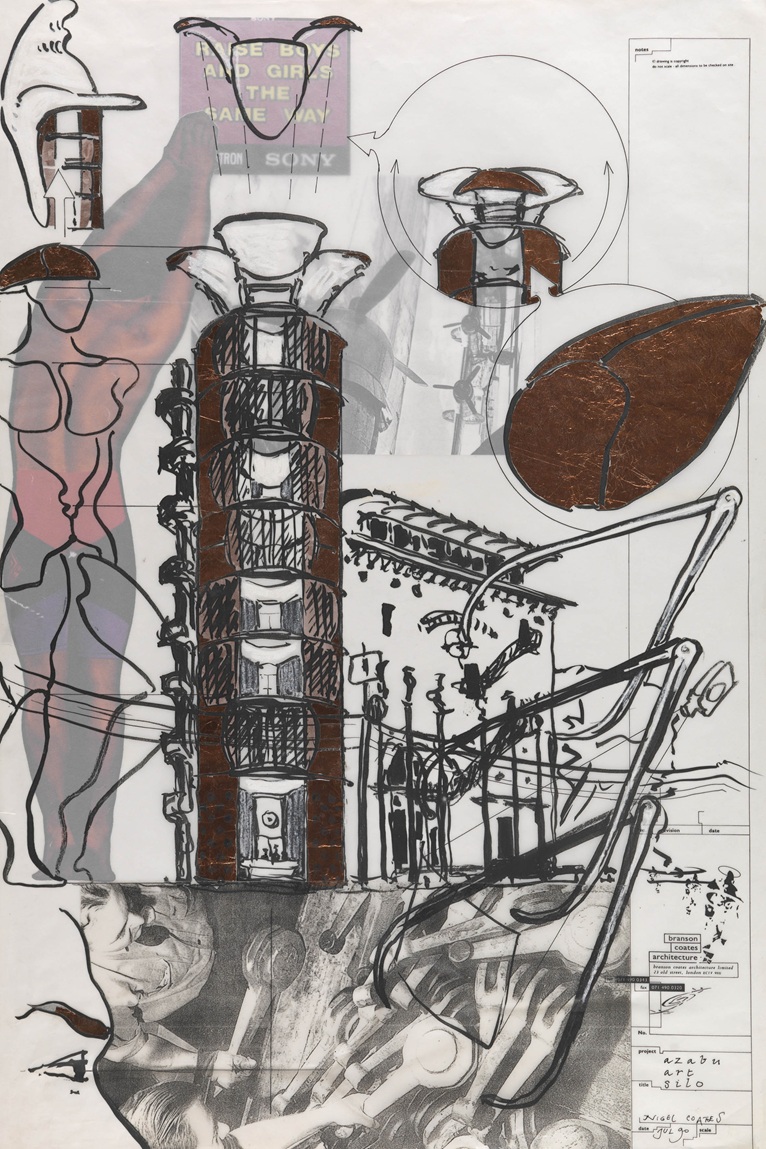 “The idea of this exhibition comes from the fact that I had collected a lot of drawings over the years about many projects, buildings, things to be made to be provocation in the architecture and I guess my signature style is very expressionistic kind of drawings and the first that I found had this character that was 1980’s and was a project development and I was intoxicated by the idea making a building that felt full of speed obviously building don’t move.” 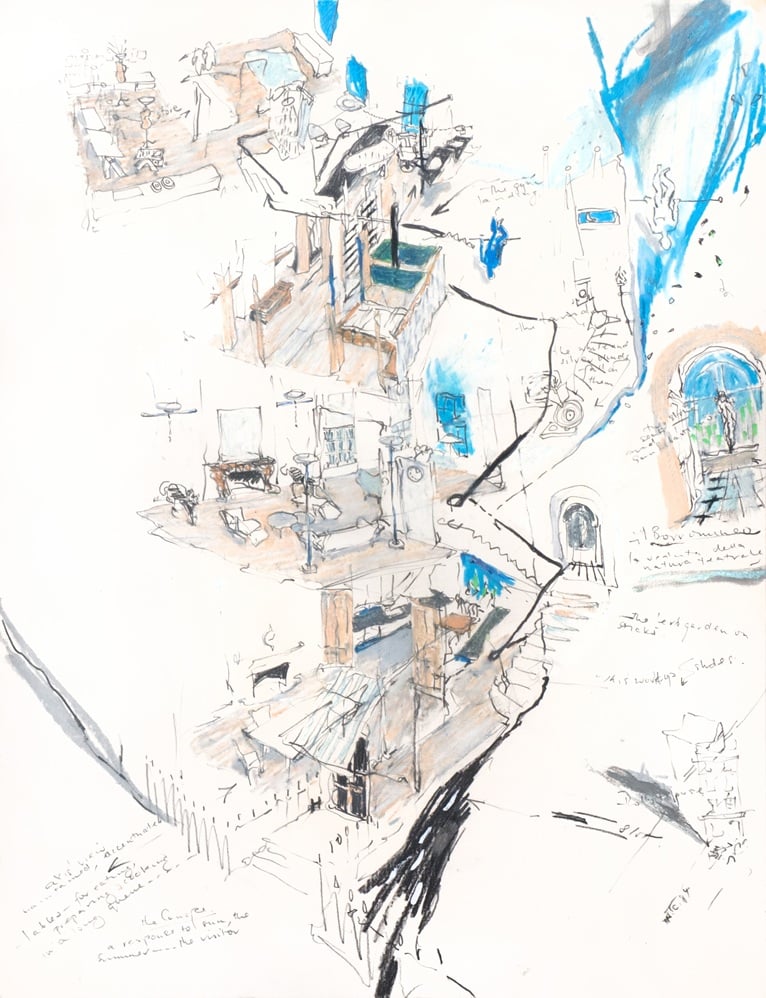 This was actually my first ever real architecture client. He knew that he had a five-storey house so I didn’t have to tell that in the drawing, but what he didn’t know is the way I feel, so this actually built up a series of individual spaces that elaborates a kind of scenario, a living scenario which could be repeated over and over again and match the idea of a place to explore, the place where you would feel comfortable. 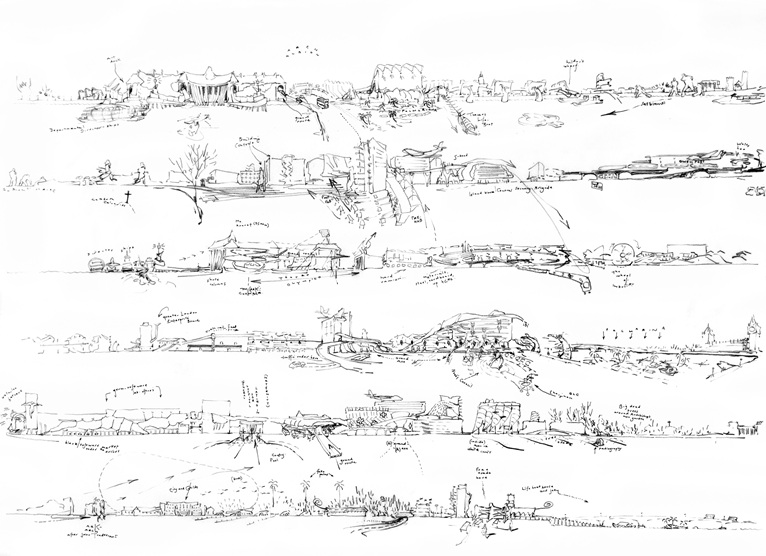 In response to the request of an exhibition for an Architecture Association, I did this special project for that show. The idea was take a central London building round county hall and St. Thomas’ hospital.

In 1984 County Hall was vacated because Margaret Thatcher closed down the council and I wanted to turn the area into a kind of exhibition of architecture that involved urban processes going on in this building, but they are all formal open.

That combines some of the openness of architecture exhibition and a world fair with the real part of the city. It’s all based on flow, the infection comes from one building to another, temporary structures could be adapted to existing buildings.

Body references, a lot of bricolage of artefacts, perhaps not conventional architecture like very very large statues, aircraft sitting on the roof of a building. That was my vision and I was very excited and very much part of the spirit of London at that time, that was undergoing a huge transformation in the’80s and many designers like Tom Dixon were working in a similar vein, but I was working through this idea about building. 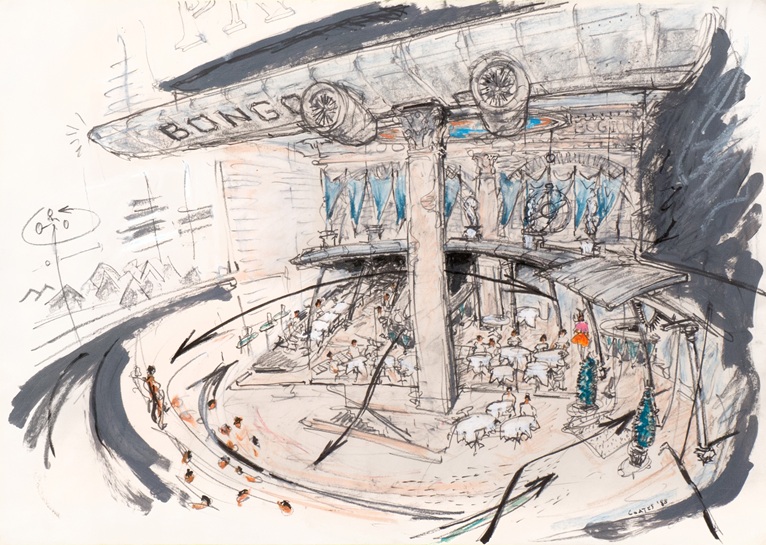 I got invited to go to Japan where they want exactly that kind of spirit and one of my first projects was café Bongo which is kind of literally putting existing pieces together but within a scenario that was actually based on Fellini’s La dolce vita.

I wasn’t familiar with it but I felt that Tokyo was the project that I imagine in London and was already there; the city was already like that. it was already everything crashed into everything else, a bricolage, not connect with the normal European sense of order and rhythm.