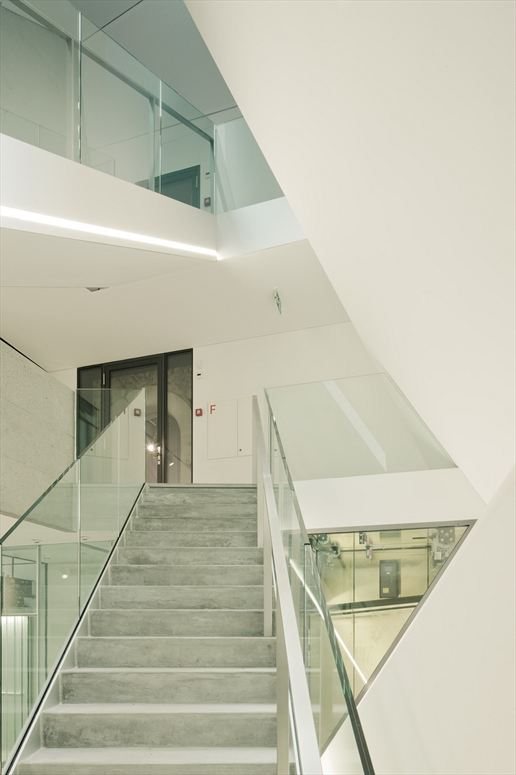 The complex which currently makes up the Rapperswil-Jona civic museum looks back on an ancient history going back more than 700 years. Starting from 2010 the Swiss architectural office :mlzd began extensive work aimed at renovating and recovering a historical building.

At the end of the 13th century, a small fortified building was constructed inside the town walls of Rapperswil on Lake Zurich.

The complex comprised a fortified tower, Breny Tower, and a residential building, Breny House, both named after its last owners. They were connected to one another by a utility building constructed along the town walls.

A range of extravagant interiors created in the mid 16th century have been preserved and represent the starting point for the museum's construction, which was established from 1943 in three buildings. The museum has undergone a series of changes over time.

The ‘Janus’ project, winner of a competition held in 2007, has given the museum a new profile in keeping with its public function.

It was designed to attract the attention of the public interested in culture making the town an important leg on any local tourist itinerary. The new structure is, therefore, integrated into the historical heart of Rapperswil, without affecting the view from the north which is important for the image of the town.

The 200 square metres bronze façade is the characterising element as it gives new emphasis and personality to the surrounding environment and can easily be perceived as the new entrance to a museum complex.

Several rooms have been added to the main one which can be used for a variety of exhibition purposes. The illumination of the new building is through the roof and the transmission of light from floor to floor provides a stark internal contrast with the legacy building so that the visitor here is taken on a journey of discovery.