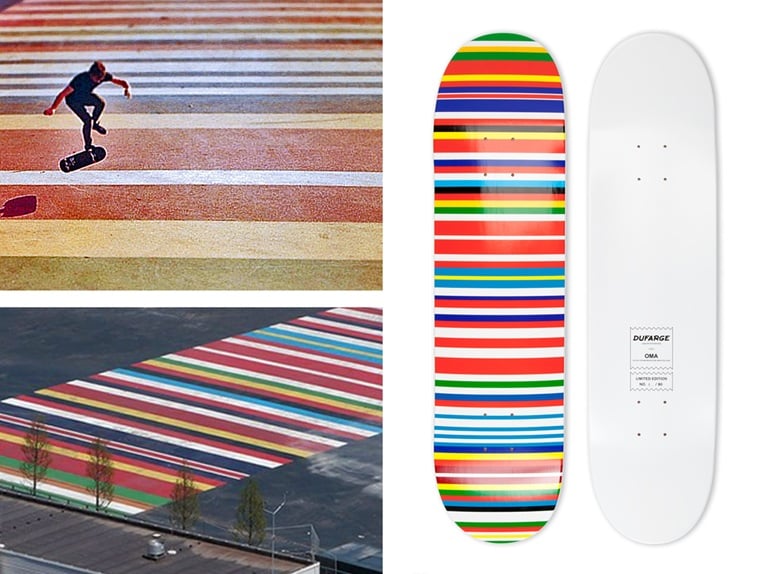 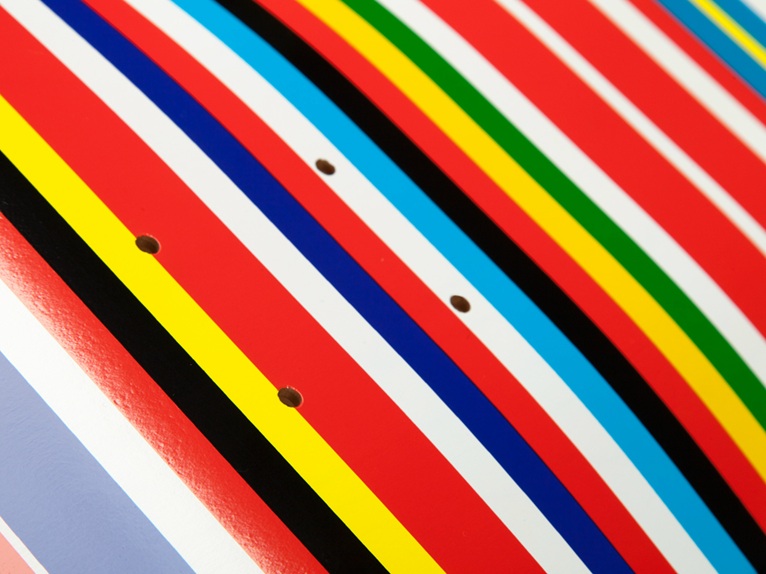 The EU Barcode was designed in 2001 by AMO/OMA to represent the European Union as "the common effort of different nations, with each state retaining its own cultural identity while sharing the advantages of acting together". The skateboard-enthusiasts from Dufarge think that's all perfectly okay. Their primary concern is landing tricks and skating perfect lines across the striped pattern. Completed in 2011, Rem's Flag has become a meeting point for both local skaters and skaters visiting from other countries. Which is sort of poetical. 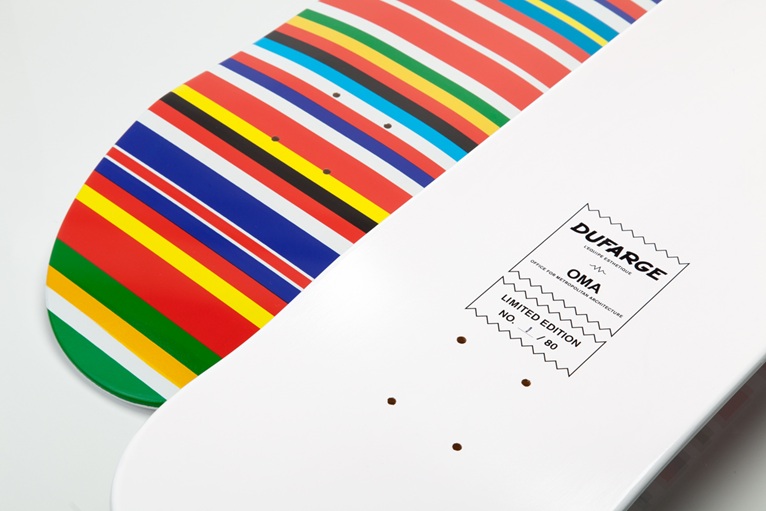 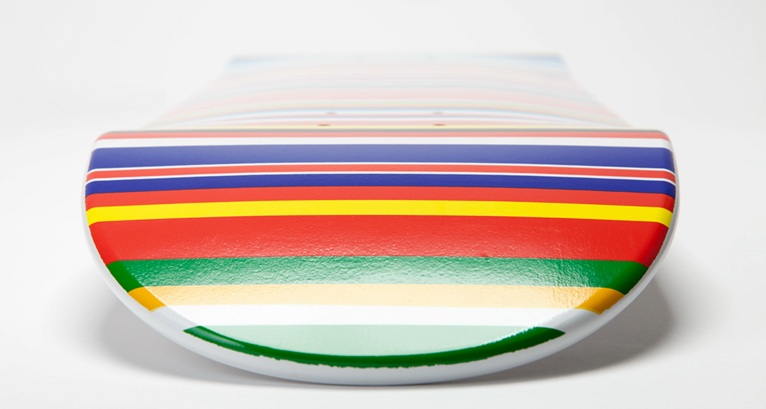 The essence of riding

Although very few tourists, even architecture enthusiasts, pay attention to the spot, the designers from Dufarge know perfectly well what makes Rem's Flag special: "A large concrete surface in the middle of a city center is quite rare. And it's a quiet place, far from main roads and shopping streets. Without obstacles, people and traffic to distract you, creativity and skills define your style. Riding at Rem's Flag is a medititative experience. It is the essence of skating. And the stripes invite you to keep on riding."

When it came to incorporating the EU Barcode in the skateboard design, the designers decided to go basic, spreading the striped pattern accross the bottom of the deck and spent a lot of effort in finding a manufacturer that could print the exact pms-colours on a skateboard. Eventually they teamed up with the American company Generator, an established name when it comes to producing high quality skateboards. The craftmen at Generator screenprinted the decks in a limited edition of 80 hand numbered boards. The result is a work of art that mirrors the uncompromising design attitudes of both OMA and Dufarge.

Honouring the spot by incorporating the EU Barcode on a skateboard deck seems a logical step: Koolhaas refers to surfing as a way to relate to the urban context and the profession of architecture. And surfing the concrete waves of Rotterdam on your skateboard is a good way to experience the city that has been an inspiration to the internationally renowned architect Koolhaas for several decades. If you want to take this limited edition board to the streets is another matter. 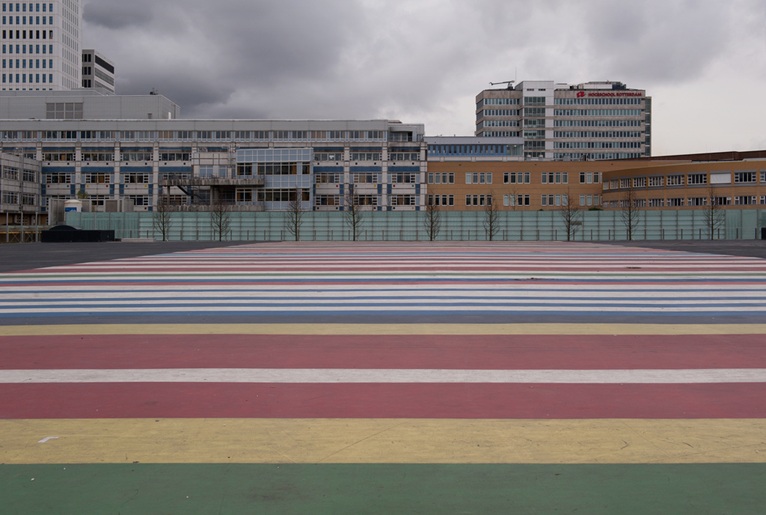 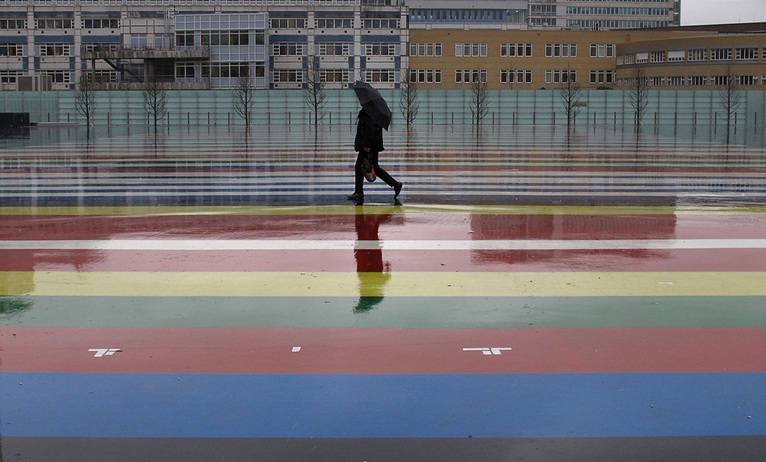 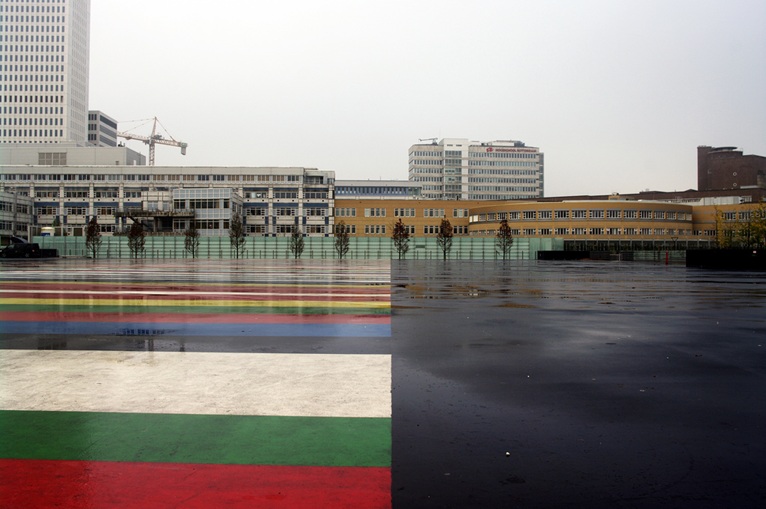 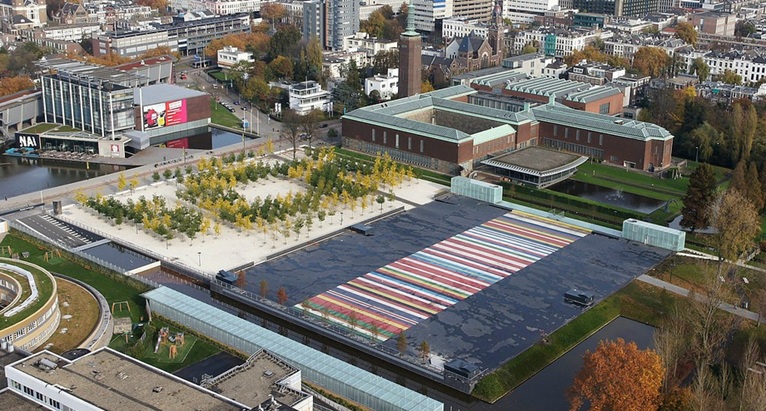