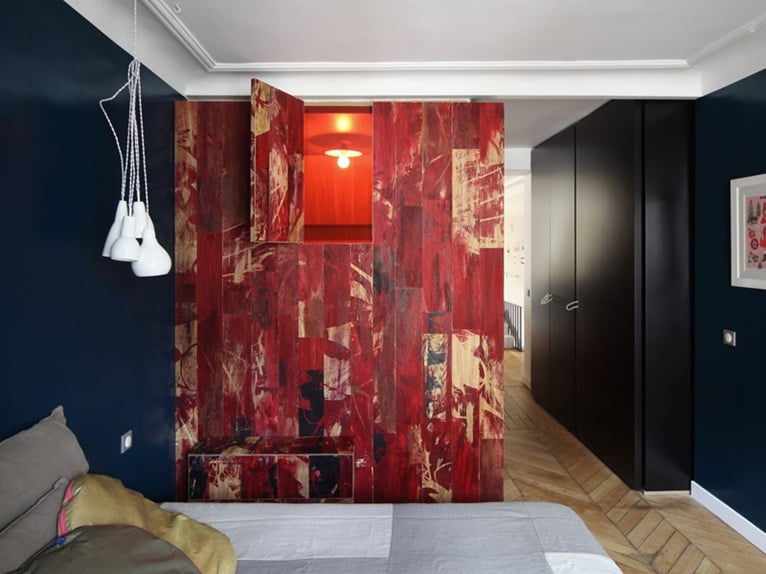 A 60 square metre apartment project called True Wolf has been designed in Paris by Andrea Marcante and Adelaide Testa of UdA architects. It is inspired by what is the fairy story par excellence: Little Red Riding Hood. 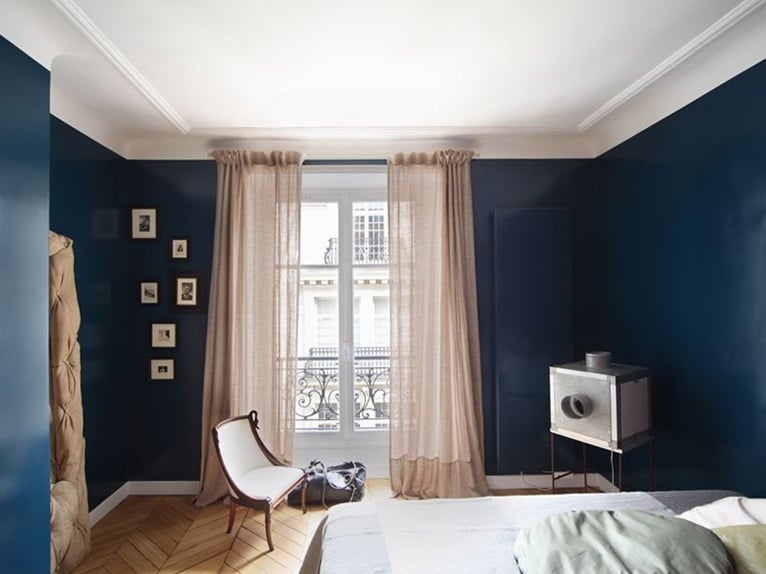 “... Just below the three oaks, there's her house ....” the little house that is the grandmother's house in the story, becomes a central element in the design and distribution of spaces, a middle earth, suspended between separating and uniting, whose bright red serigraphed wooden panelling becomes the wolf which, with its perversion and its impudent expression, reminds that tragedy can always turn into a farce while the graffiti on the wall of the living room is there to tell us this, like soft scratches on the surface the city crossed by beautiful strollers” explain the architects. 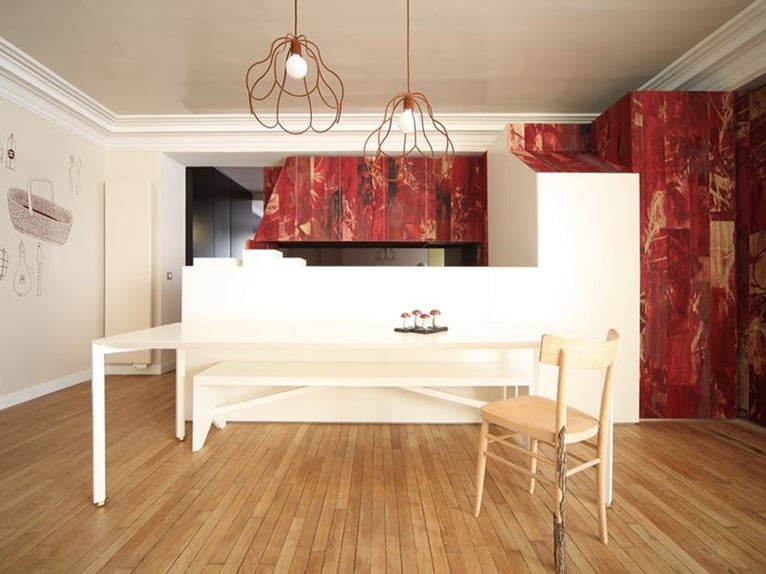 The designers face up to the issue of the free plan and of the articulation of the space in an environment with a few somewhat characterising constraints like the long blind side and the horizontal development of the apartment. Through a system of open-closed, public-private relations, the new arrangement of the areas and of the functions is superimposed on the original sequence of the environments remembered by the conservation of the stuccowork perimeter trims and decorations on the ceilings. 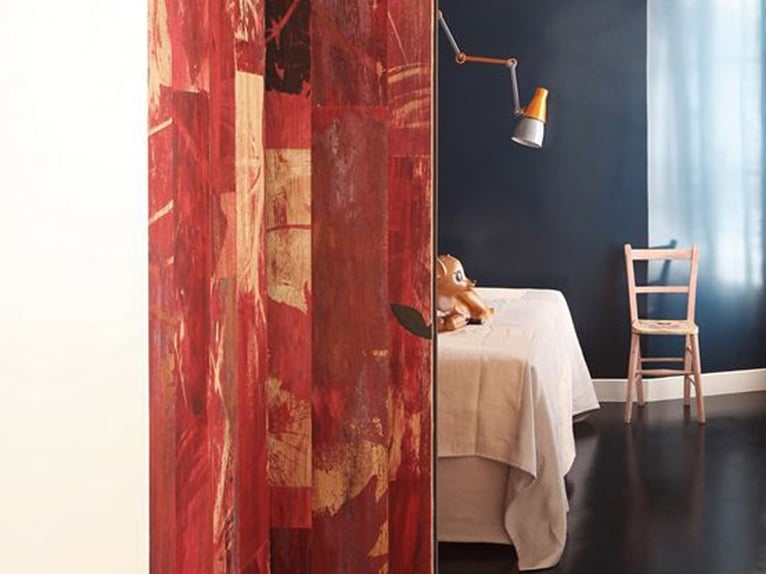 Natural light is brought to accompany the layout choices allowing the limits of the blind side to be overcome. This, together with the organization of vanishing points and visual sequences, contributes to the creation of a new morphology of the interior. A kind of autonomous internal architecture incorporates all the functions and its elusive volumes are reminiscent of the urban landscapes of the city.

The central volume that houses the bathroom, kitchen, laundry and dressing room was made in Italy, pre-assembled in the company and then transported to Paris in order to reduce costs and times. The structure is made of wood covered in serigraphed oak while the interior is left in natural wood. 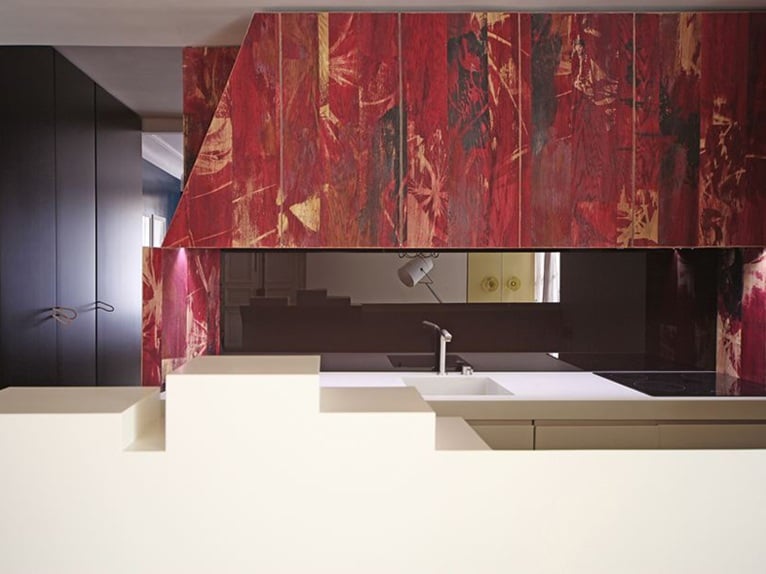 The kitchen alternates wooden parts with white lacquered parts like the partition against which the bench that conceals the kitchen worktop, backs onto. This contributes to the project's intent to transform the way people live and interpret their domestic space, the furniture and spaces must be something else than what they appear.