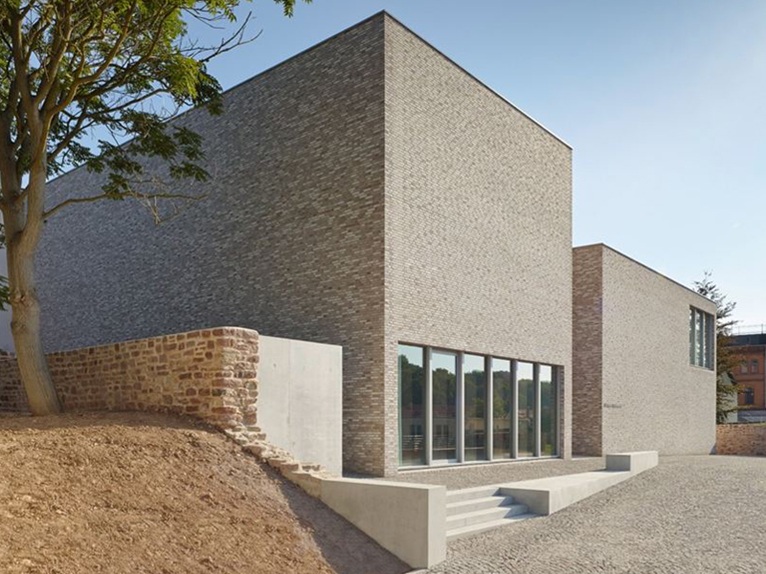 The work on the Museum Luthers Sterbehaus project in Eisleben (Germany) was recently completed by VON M architects. The project involved the restoration of Martin Luther's house, dating back to the fourteenth century, declared a UNESCO World Heritage Site, and the expansion of the building to be used as a museum. 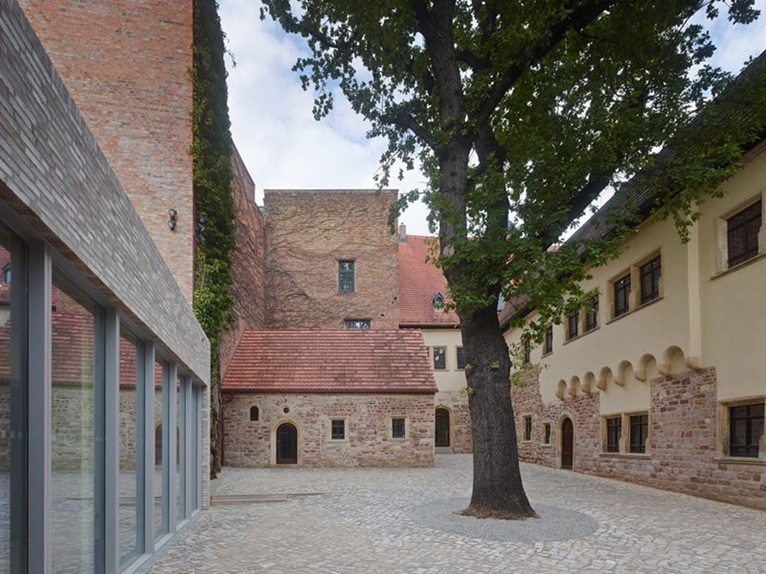 The new structure, located behind the existing building, covers two floors and is characterized by its light grey stone cladding. 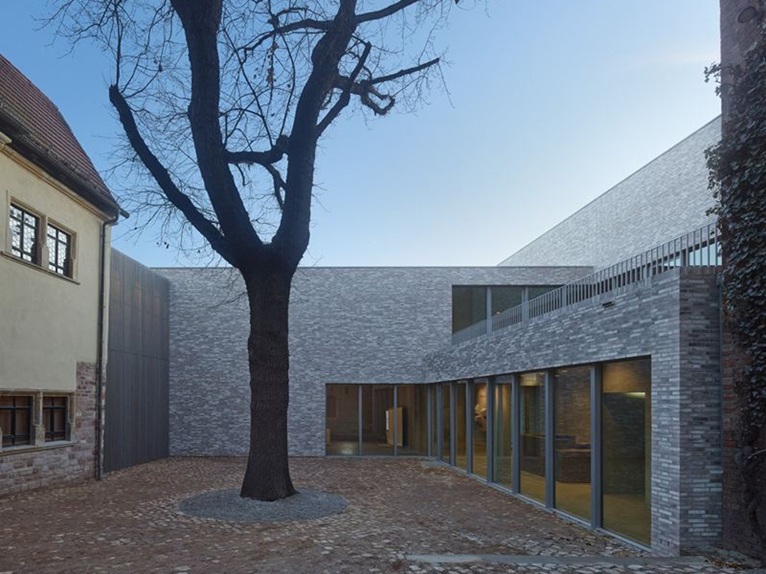 The individual elements were cut by a system of jets that gave it a bumpy texture that blends perfectly with the walls of the surrounding buildings. 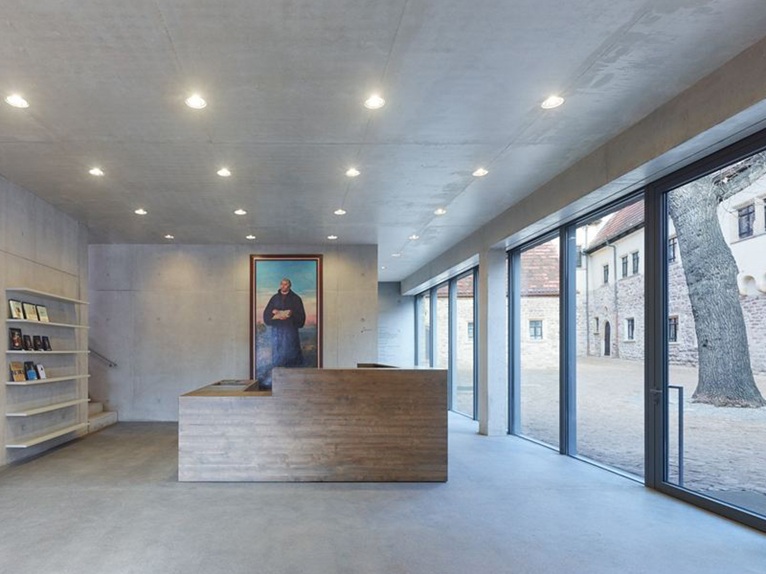 The main entrance was placed in the new building so as not to have to intervene intrusively in the spatial organization of the existing house, preserving the original structure. 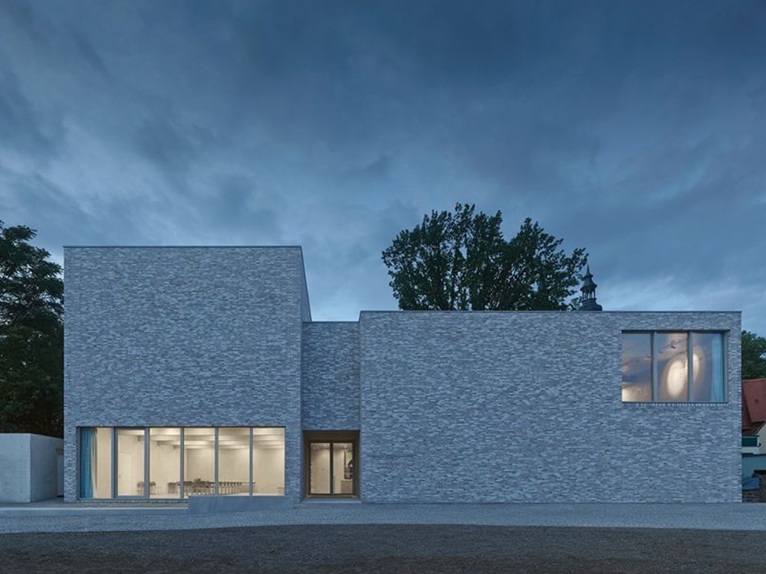 The fairfaced concrete, which characterizes the interior of the new wing, allows a clear reading of spaces and paths inside the museum, highlighting the harmony of the two interventions.