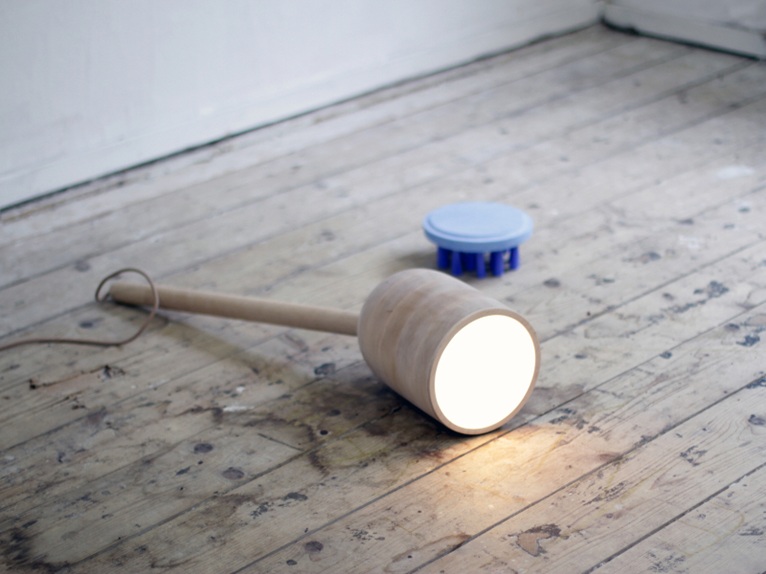 What is the relationship between the way we create ourselves and the things that are created for us? Lina Marie Koeppen has designed Learn to Unlearn series for the Master in Social Design - Master Thesis 2012 at Design Academy Eindhoven. It is a design ideology expressed in a series of ambiguous objects that overthrow the unconscious learned behavior and expectations governing our perception. 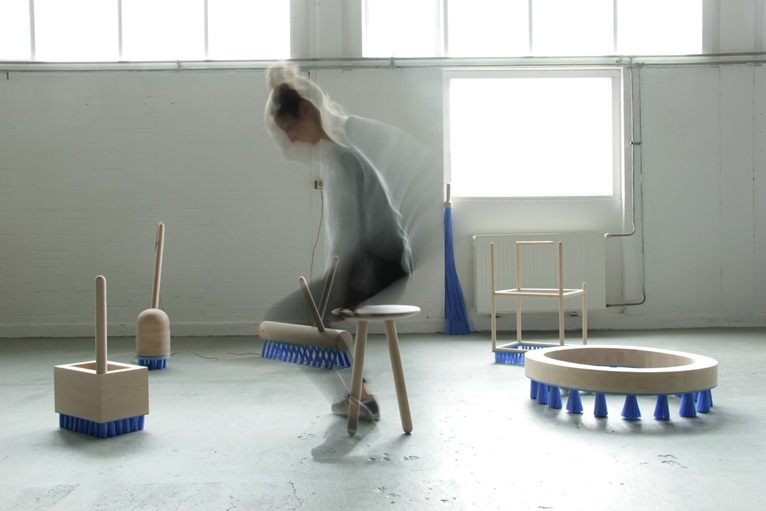 The dutch designer explains:“Man shapes his environment and the environment shapes man. I am fascinated by this mutually evolving relationship, and as a result of my thesis, I have sought a way for individuals to start afresh and redefine themselves by reshaping the things around them. This response is critical of society for supplying and demanding objects designed to complement our human limitations. Could we instead make things that empower us through their in-built fallibility? By ridding objects of a predetermined “perfect” function, we can be free to discover them and rediscover ourselves in the process. 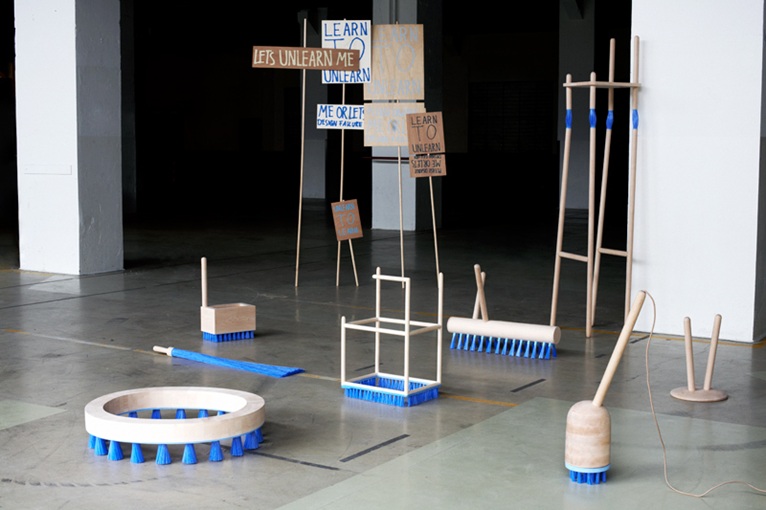 (…)The family of objects that developed from my thesis is largely based on the redefinition of furniture archetypes. Each object is an open invitation to the human to determine its use. The bottomless containers demand a new strategy to be filled, while the two-legged stool encourages us to rethink the act of sitting. The lamp challenges us with its weight and unseen mechanism, the tall shelf can only be reached by interacting with the direct environment, and the broom lets us not only clean but also develop a personal bodily response”.

The family "Learn to Unlearn" has been handmade by herself: 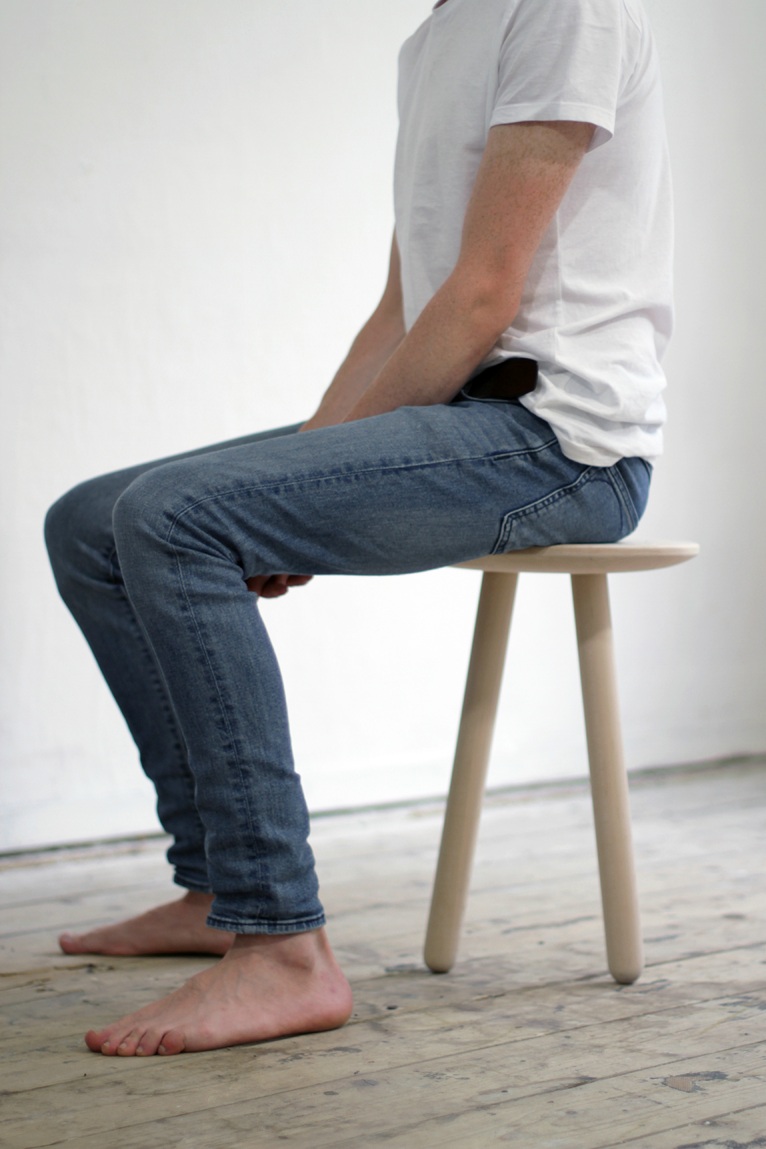 two legged stool: is a perfectly functioning stool! The only thing that is different to others is the balance and trust we need in order to sit down. 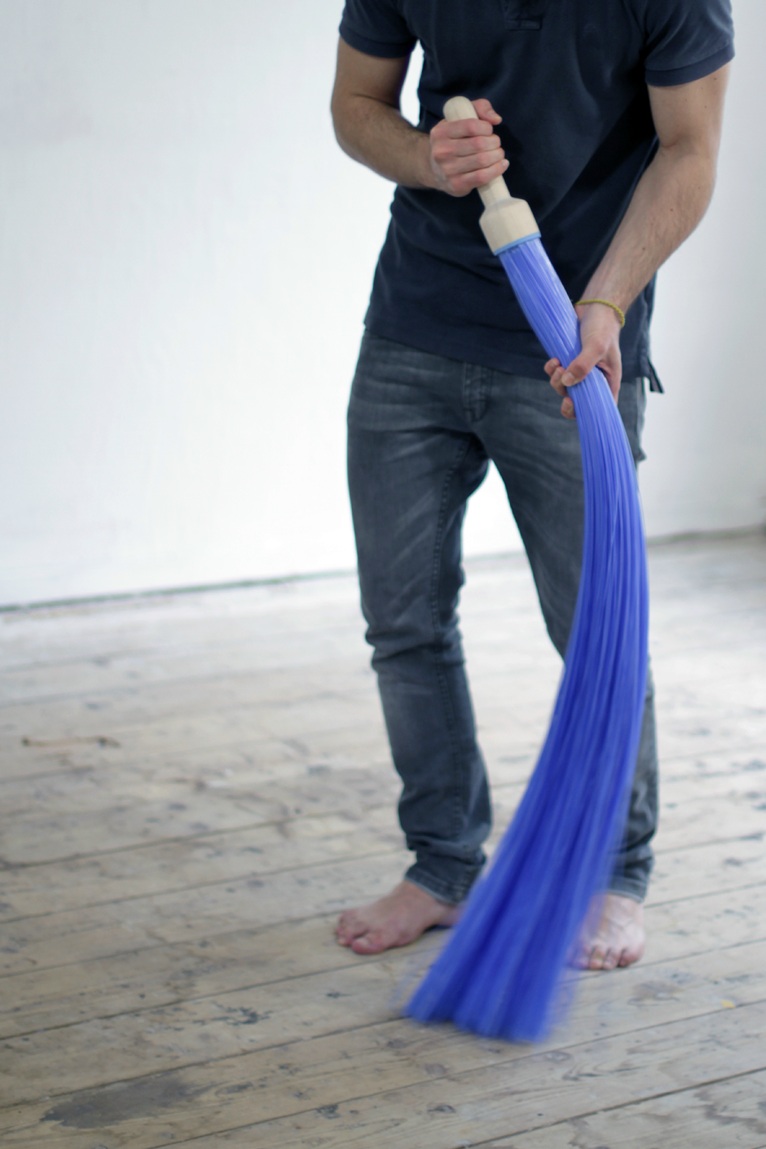 The long hair broom: This broom sweeps the floor just like any other archetypical broom. But while sweeping the floor the bodily response of the user is much different. It triggers us to find personal ways of moving through the room. People that have tried it would say it feel like dancing. 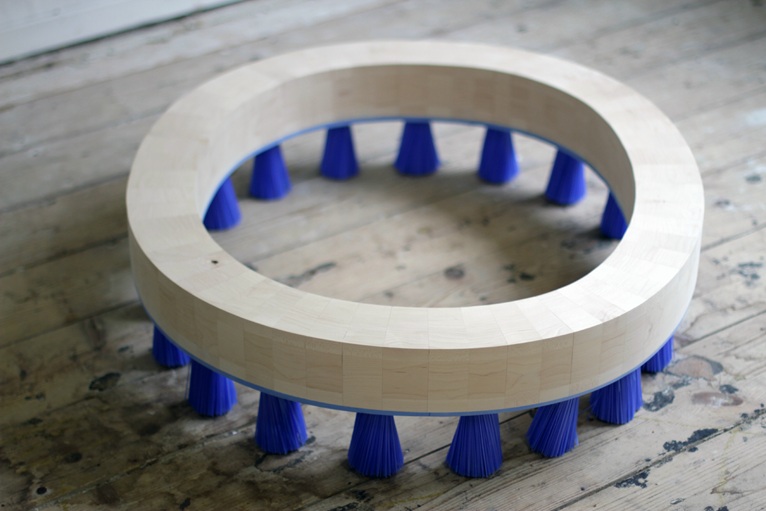 ‘Many Leggs Round’: This object that can be used variously. though the many brushes it can carry a lot of weight and therefore transport itself and other things easy though space. But the truth is that Id like this object remain more of an imaginative one, that can be interpreted by the user. 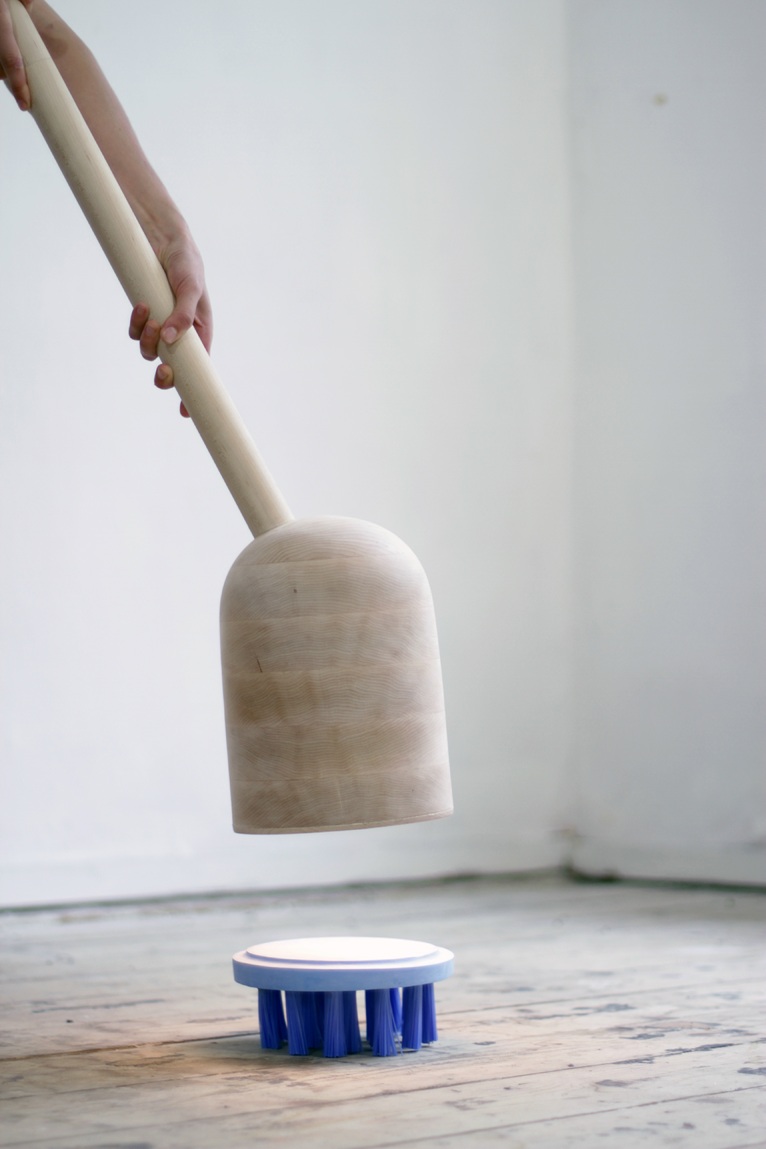 The One Armed Lamp is heavy and its light isn’t the brightest. But what makes the lamp communicate new dimensions of interaction with electronics, is its pick up mechanism. The light remains off will sitting dow, when lifted it turns on. When people were visiting my work in galleries they were truly challenged with the idea that there light might be still own underneath that wooden shell. 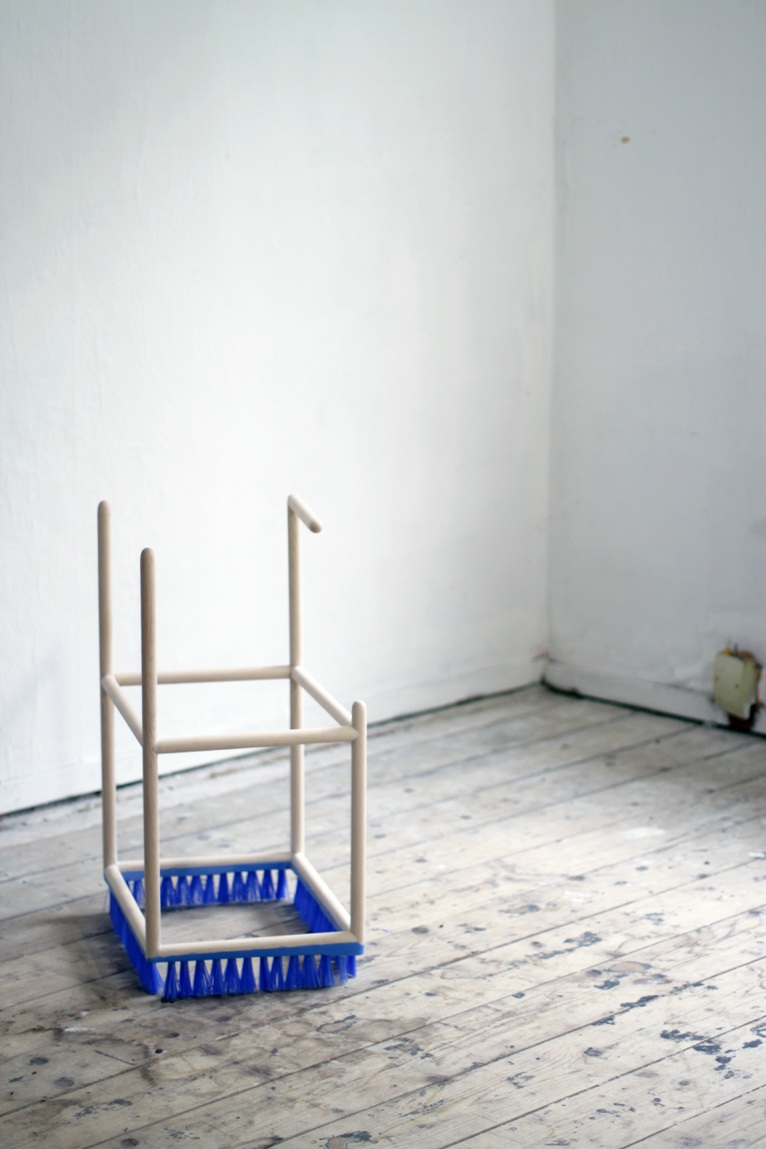 ‘Skinny Box’: This is for some the most abstract piece. The truth is its one of the more defined ones for me. It is a container, which has no wall and no bottom, till it can be moved over the flow holding its content. 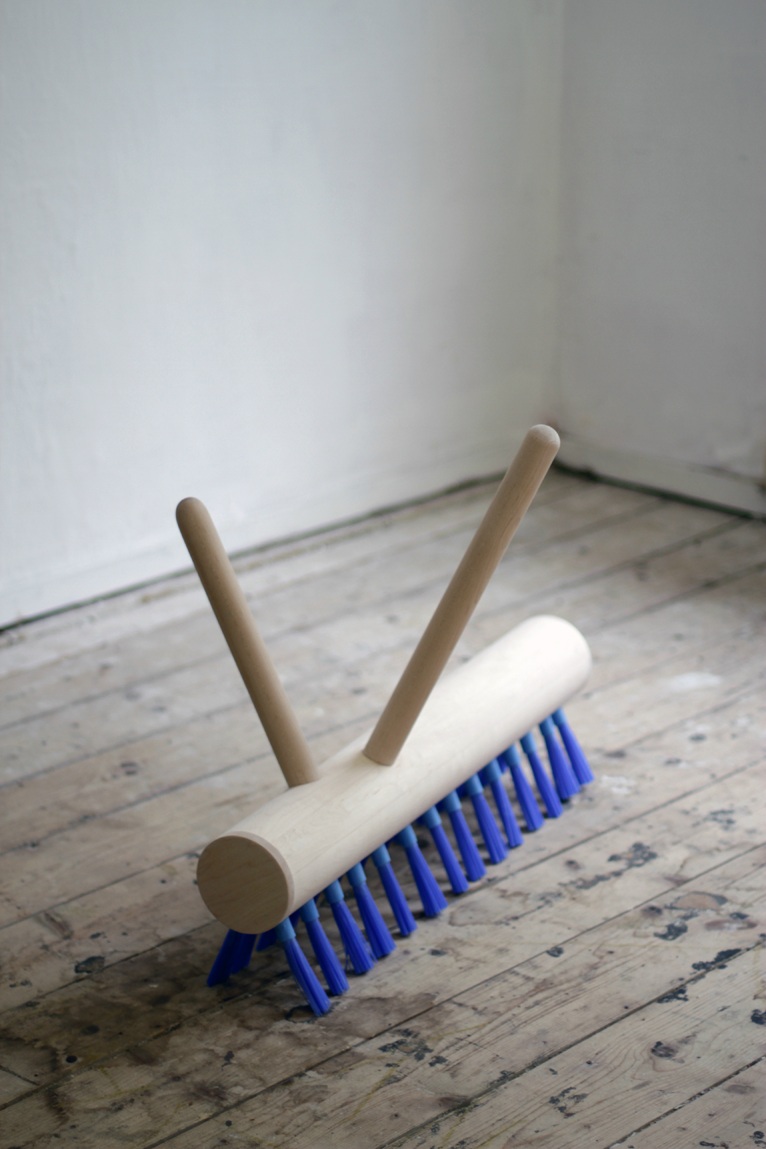