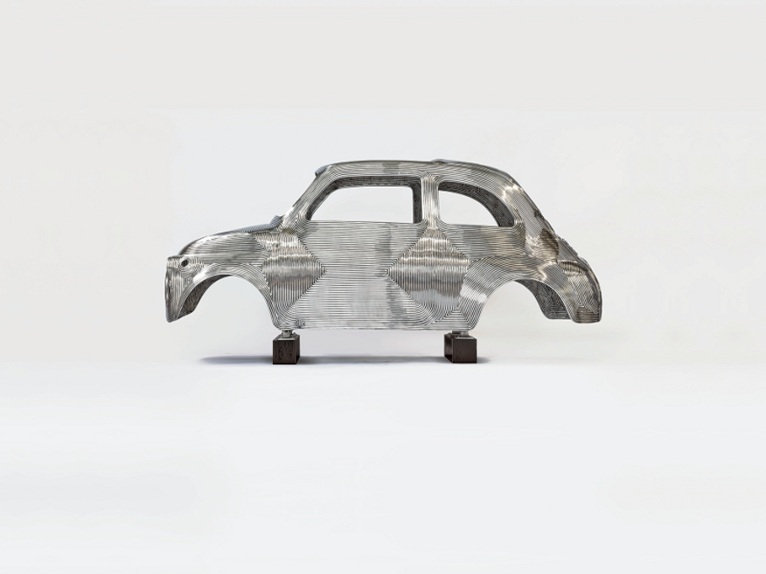 EXHIBTION_The Pinacoteca Agnelli in Turin (Italy) has announced the opening the 20 December 2013 of In Reverse, the exhibition by the internationally renowned artist, designer and architect Ron Arad (Tel Aviv, 1951).

Arad remains one of the world’s most influential and enigmatic designers and over the last 30 years has made a pivotal contribution to the art, design and architecture worlds. Brought to international fame by his Rover chair and Bookworm bookshelf, Arad has since collaborated with leading brands such as Alessi, Vitra, Moroso, Swarovski and Kenzo and designed Yohji Yamamoto’s Tokyo flagship amongst many other critically acclaimed projects.

Arad has presented solo exhibitions at Centre Pompidou in Paris, MOMA in New York and the Barbican in London.  In Reverse will focus on a major new project- first shown this year at the Design Museum Holon, the iconic building designed by Arad in Tel Aviv – exploring, through physical experiments and digital simulations, the way in which automobile bodies, specifically the Fiat 500, behave under compression. 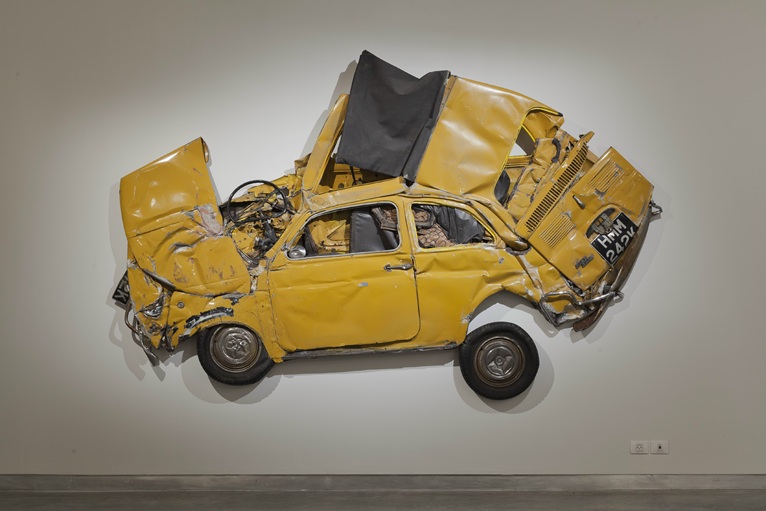 By no means could Fiat and its iconic 500 pass up this internationally unique kaleidoscope of colours and materials, confirming its attention to the world of Art and Design, a communications “territory” in which it is visibly in its element.

On clean white walls of the spaces designed by Renzo Piano at the Pinacoteca Agnelli 4th floor, Arad will install “Dried Flowers” (2013): six crushed Fiat 500s, each flattened to resemble the outcome of a scenario in a cartoon or a child’s drawing that lacks a sense of depth. The crushed vehicles will surround a curved wooden forming buck, a mould that was used to shape and fit the metal panels of the 500, which is on loan from the Fiat Archive and Museum. Nearby, Arad will present “Roddy Giacosa (2013)“, a new sculpture created by positioning hundreds of polished stainless steel rods on a metal armature in the shape of a Fiat 500. 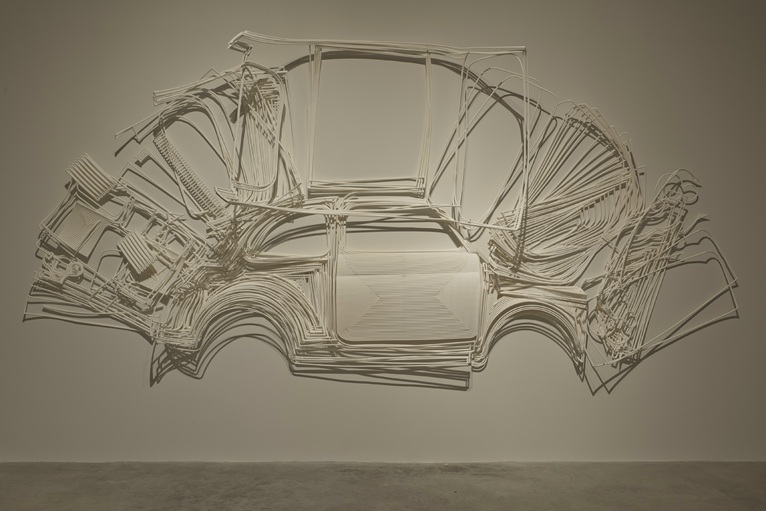 Each contoured section takes the shape of one of the vehicle’s panels and the parts fit together to form the body of the car. The mould for this work will also be shown. Alongside the walls displaying the crushed Fiats will be a group of Arad’s designs, primarily chairs made from steel, tracing his experimentation with the medium from his earliest works in the 1980s and a number of crushed objects, such as a toy police car that he found forty years ago in the street in Tel Aviv, as well as other objects that were studies and tests, including a bottle rack that he had flattened by a steamroller. 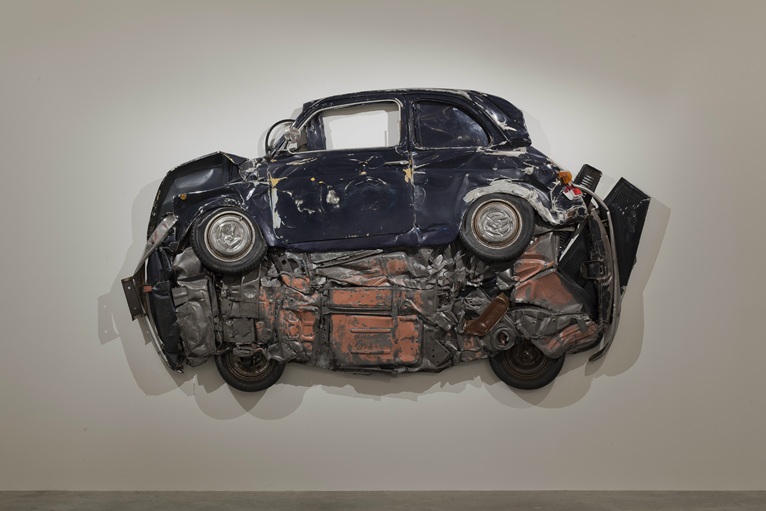 In Reverse will also feature “Slow Outburst (2013)”Arad’s digital simulation of the crushing process, using the most recent model of the Fiat 500, as well as a sculpture derived from one frame of the film“Drop (2013)” that has been made by a 3D printing technique. Digital prints on paper (“Lets Drop It, OK? (2013)”) capture the results of simulated digital compressions of the Roddy Giacosa. 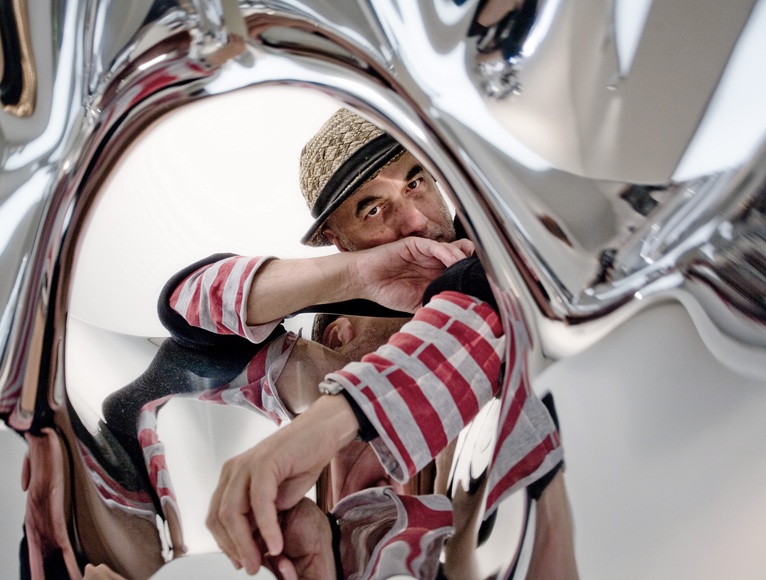