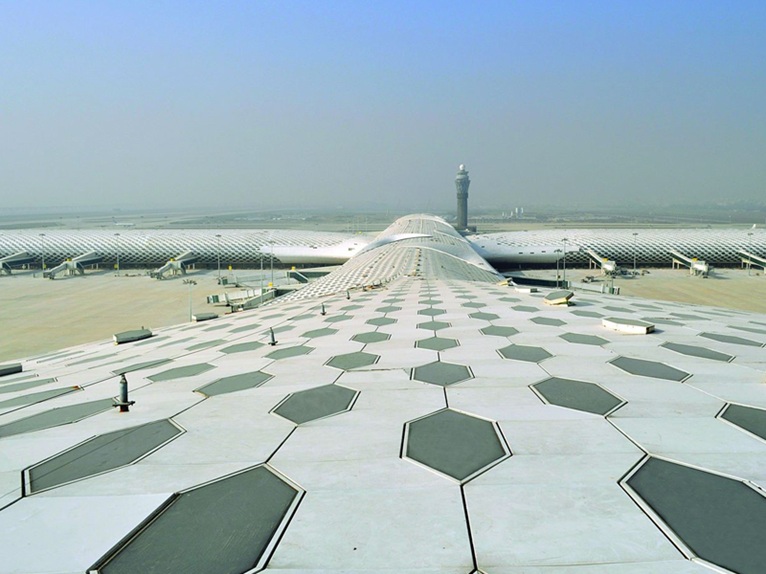 Terminal 3 Shenzhen Bao'an International Airport in Shenzhen, one of the three largest hubs in southern China, will be officially opened on Thursday November 28th. The protect, which won an international design contest in 2008, was designed by Italian architect Massimiliano Fuksas' office. 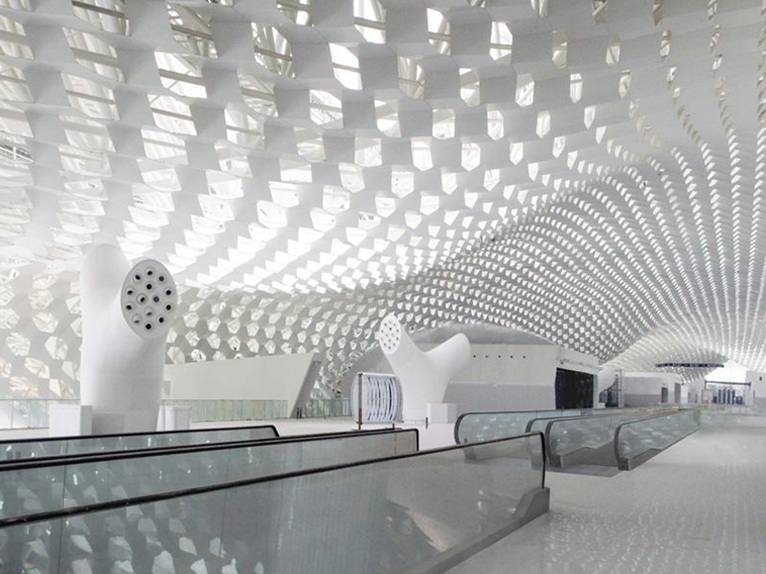 The concept of the expansion project concerns the image of a sculpture with an organic form. The building structure is steel with a reinforced concrete substructure. The “skin” that surrounds the structure, both inside and outside, bears the “honeycomb” pattern. 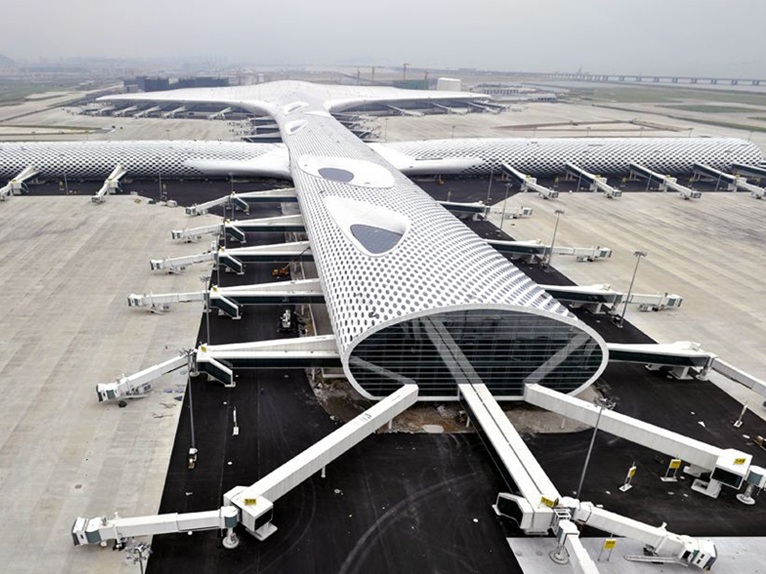 The 300,000 square metre façade consists of metal and glass panels of differing size, which can be partially opened and which follow the “honeycomb” pattern. The roof, which reaches 80 m in height, through its double layer of “skin”, allows natural light to filter and creates plays of light. 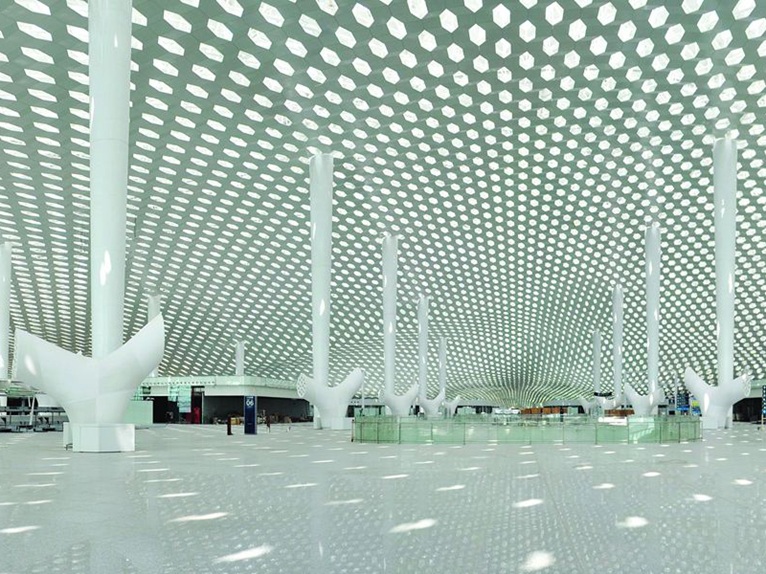 The terminal and concourse constitute the “perception of the airport” for the majority of travellers. The concourse is a key area of the airport and is made up of three levels, each one dedicated to three independent functions: departures, arrivals and services. 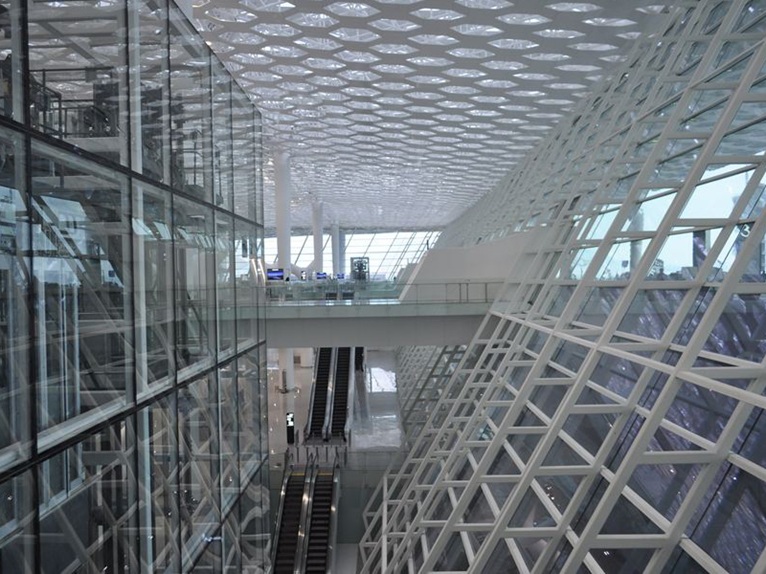 On the ground floor, the plaza is the access place to the departures and arrivals, the cafés, the restaurants, offices and to the facilities for business meetings. Travellers arrive at the terminal at a level of 14.40 metres. 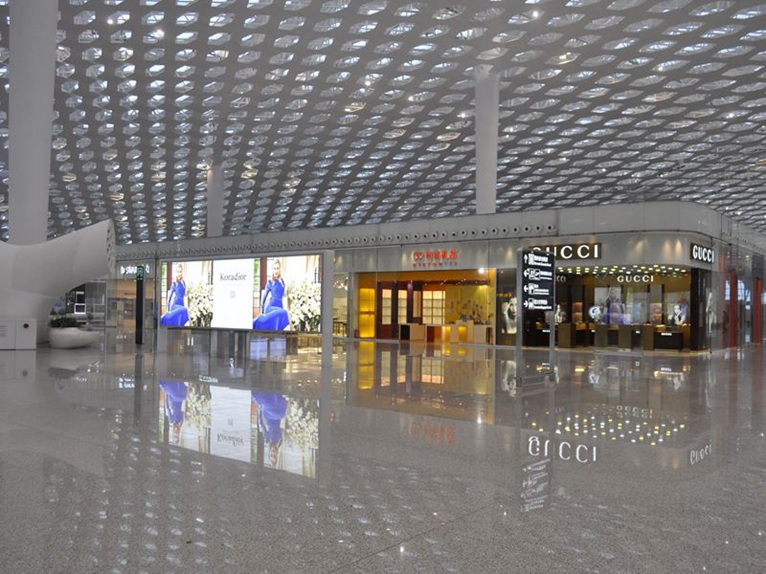 The interior design concept responds to a concept of “fluidity”. The intent is that of merging two different ideas: the idea of movement and the idea of the pause. The honeycomb, which was developed in the suspended structure, is translated in the interiors and appears in different scales throughout the building. 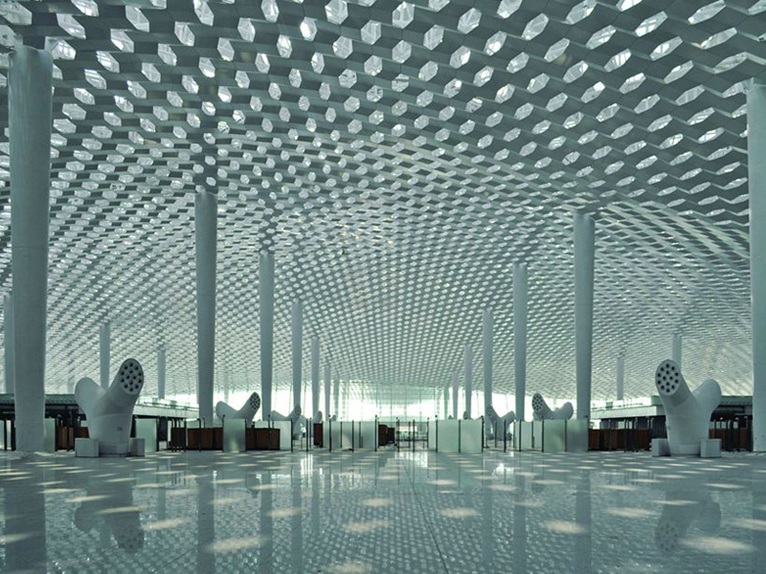 Shop units introduce the alveolar pattern on a larger scale, which is repeated in different sections of the concourse. In most of the public spaces, the honeycomb can be found as a 3D trace in the wall covering or in the ceiling.