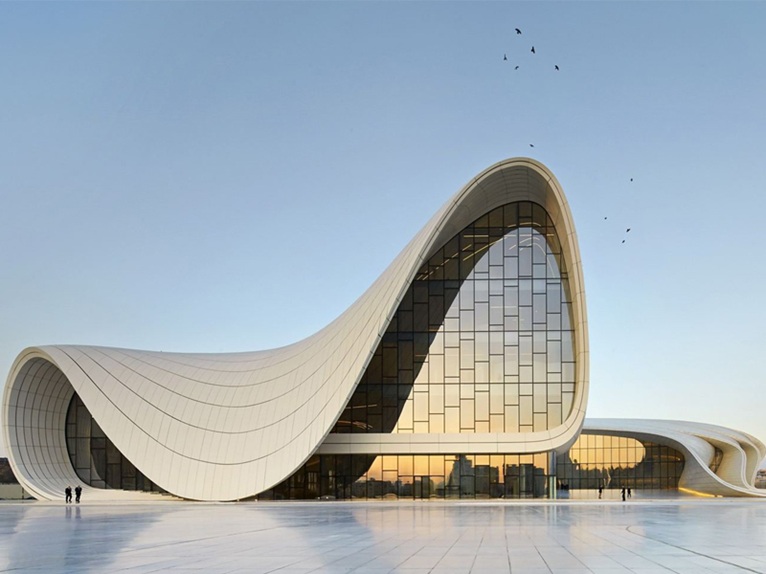 The new Heydar Aliyev Center, built on a design by Zaha Hadid Architects, after winning an international competition in 2007, is located in Baku, along the western coast of the Caspian Sea in Azerbaijan. The building has been designed to become a reference cultural centre for a nation that is still affected by the cultural heritage of the Soviet regime, moving away from the monumental lines that strongly influenced the architecture of that period. 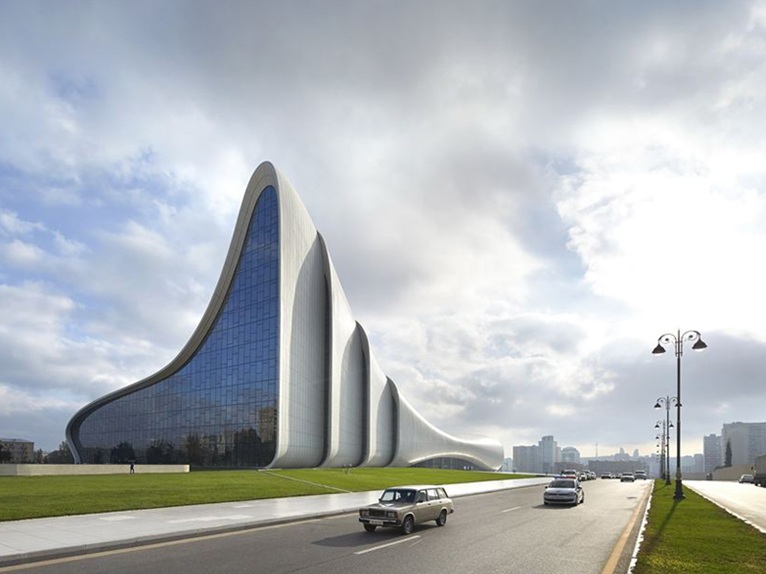 Protagonist of the project is the theme of fluidity, starting from the relationship between the building and the plaza, to the most complex element to achieve, namely the skin of the building, which is defined by a succession of sinuous undulations, folds and bifurcations. 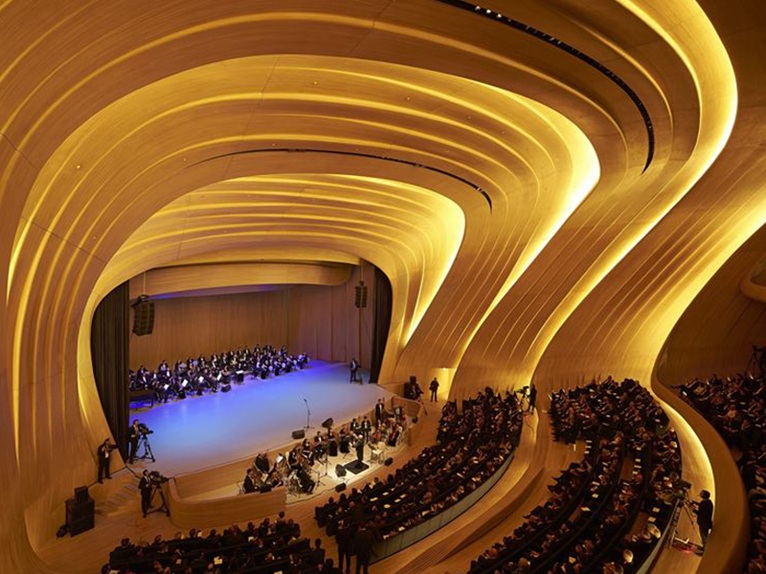 The main objective has been to refer to lines, shapes and ornamental motifs typical of Islamic culture, as the architect Saffet Kaya Bekiroglu from the Hadid office explains:

“Our intention was to relate to that historical understanding of architecture, not through the use of mimicry or a limiting adherence to the iconography of the past, but rather by developing a firmly contemporary interpretation”. 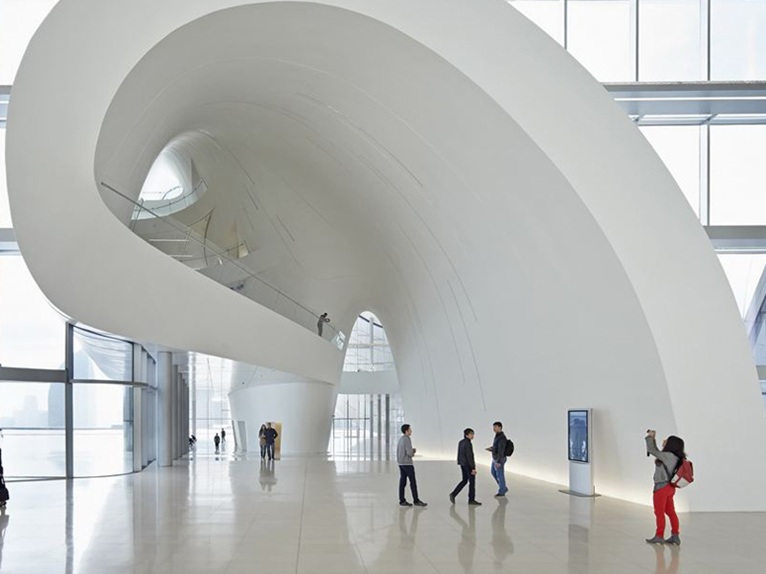 Continuity and fluidity are the features that have also driven the design of the interiors, in order to achieve large areas devoid of vertical bearing elements, which are, however, assimilated inside the continuous envelope and by the façades. 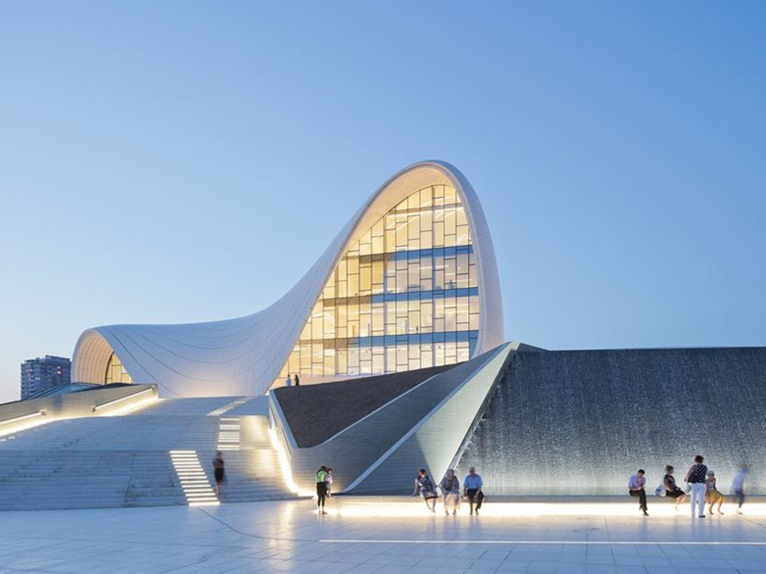 “Our ambition to achieve a surface so continuous that it appears homogenous, required a broad range of different functions, construction logics and technical systems had to be brought together and integrated into the building’s envelope.” 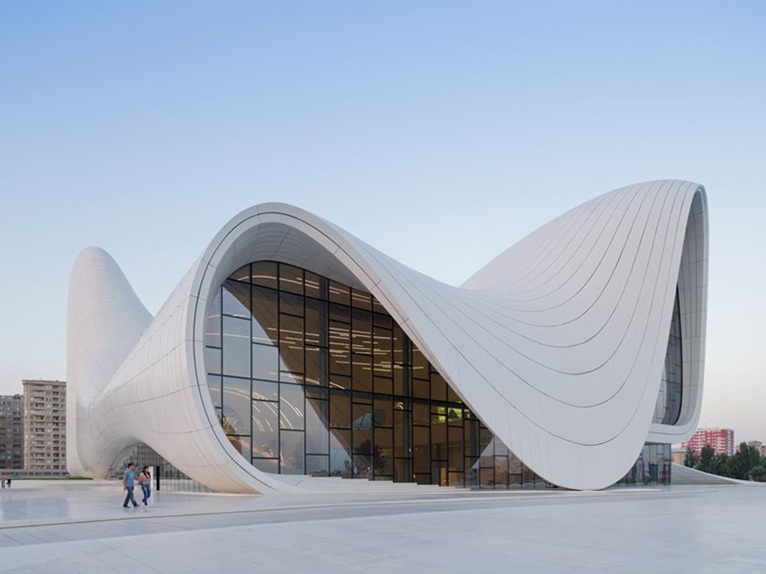 Light, combined with the use of semi-reflective glass, which diversifies the appearance and perception of volumes between day and night hours, emphasizes the dialogue between the outside and inside.