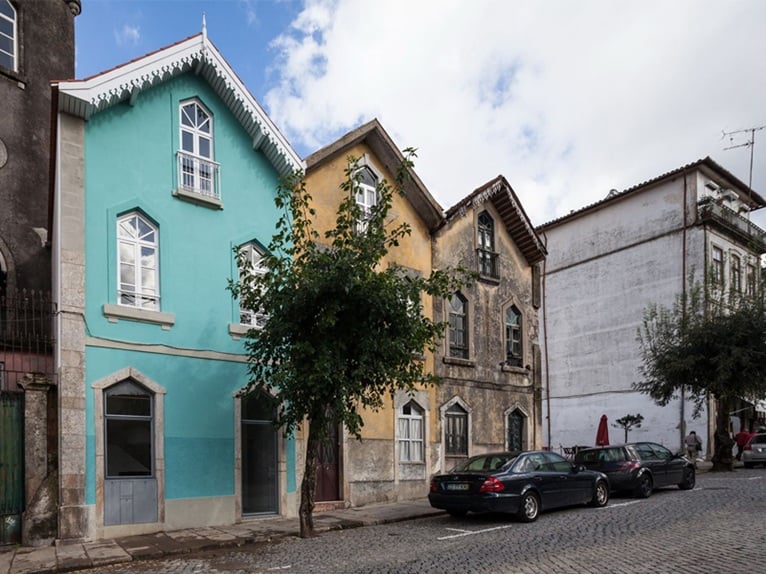 Located in the city of Braga in Portugal, Tiago do Vale's “Chalé das Três Esquinas” or The Three Cusps Chalet is a clear example of Brazilian influence on the Portuguese architecture of the nineteenth century, but it is also unique in that particular context. Located in the heart of the Roman and medieval walls, near the Cathedral (one of the historically most important in the Iberian Peninsula), it is a particularly sunny building, with two fronts, one facing the street and the other to the west, over a delicious interior of the block which enjoys natural light during the day. 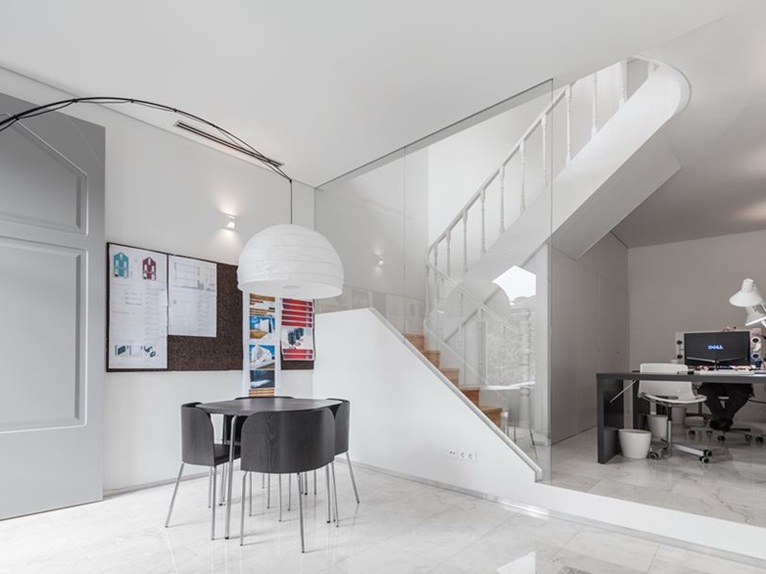 The plan is organized around the internal stairs (lit by a skylight). The nature of each level of the building varies from the public one on the ground floor, designed for commercial activity, to the private upper floors of the house. 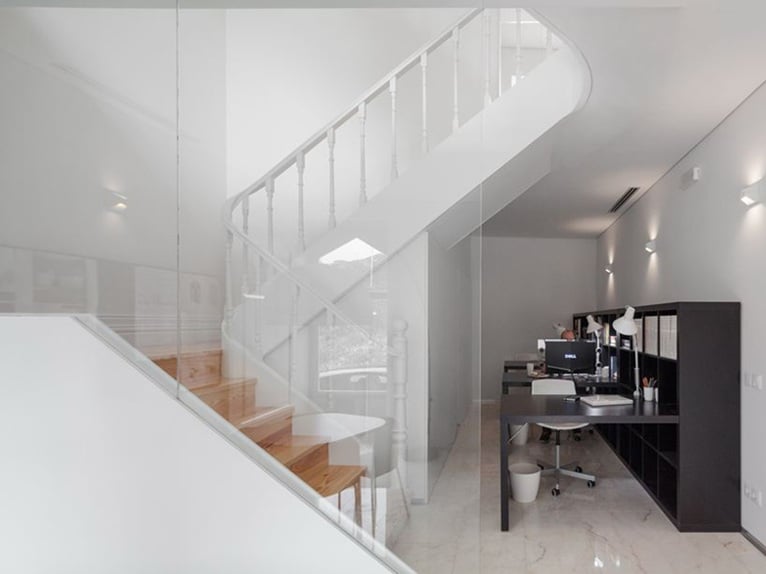 The aim of the project was to recover the identity of the 19th century building, which had been lost in 120 years of small poor quality interventions. The intention was to clarify the spaces and functions, at the same time adapting them to the ways of contemporary living. 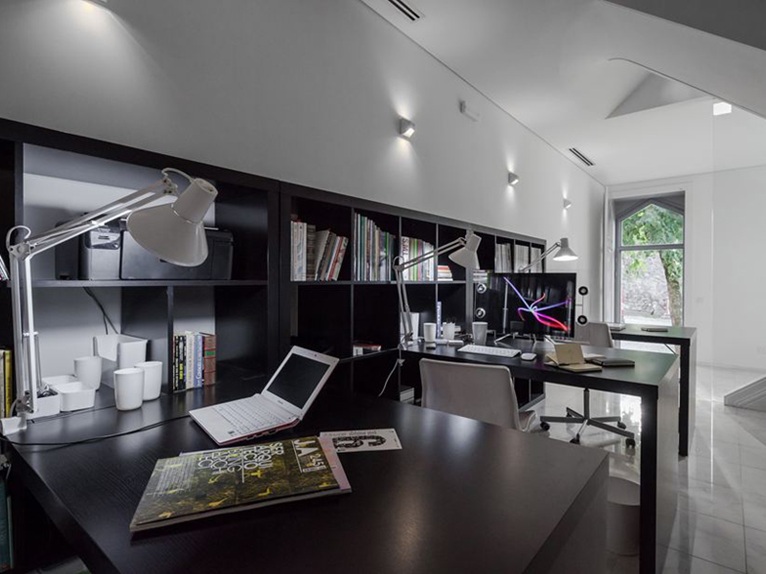 If the visual theme of the house plays on white, constantly repeated on the walls, ceilings, marble and wood in general, the locker room at the end of the corridor, however, is completely covered in natural coloured wood, as if it were a small box. 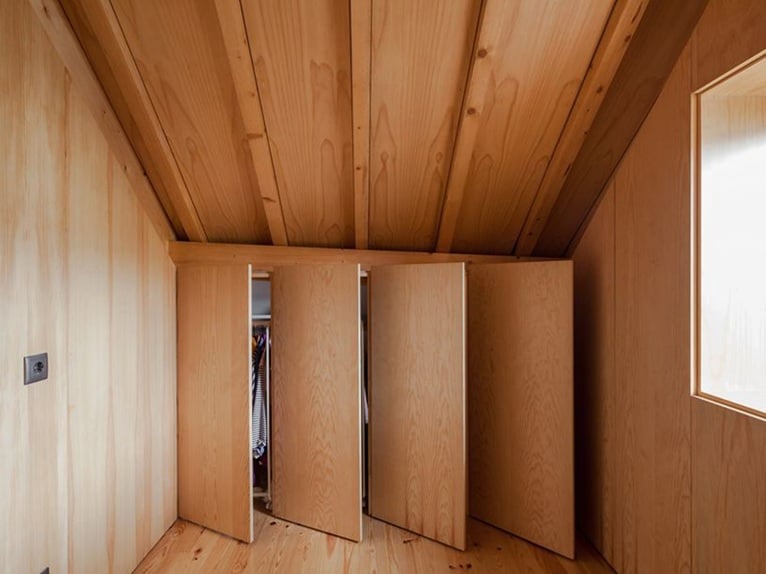 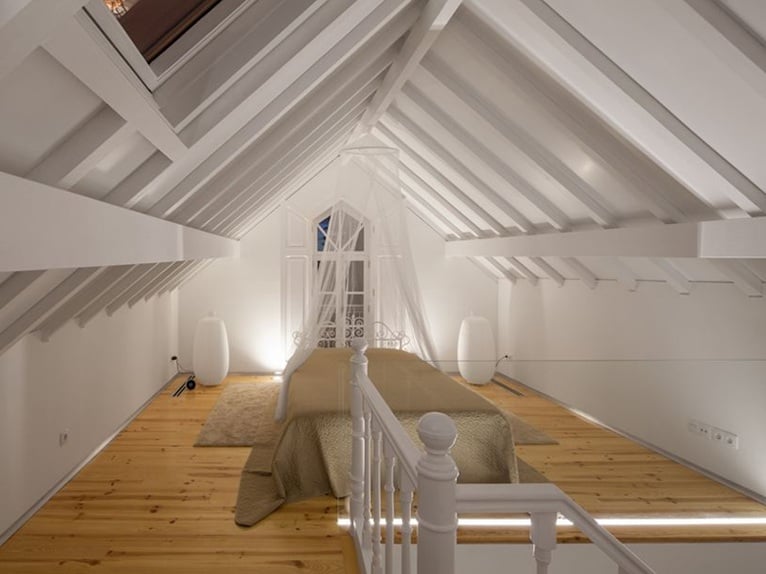 “When I visited it for the first time” says Tiago do Vale “it was quite evident that the building desperately required two things: the first was the removal of the 'additions' that suffocated it and that had compromised the clarity and logic of its original spaces, and the second, in many ways a symptom of the same disease, to allow light to penetrate inside the space. The eliminations were necessary to maximize the light and transparency and to let the building breathe.”