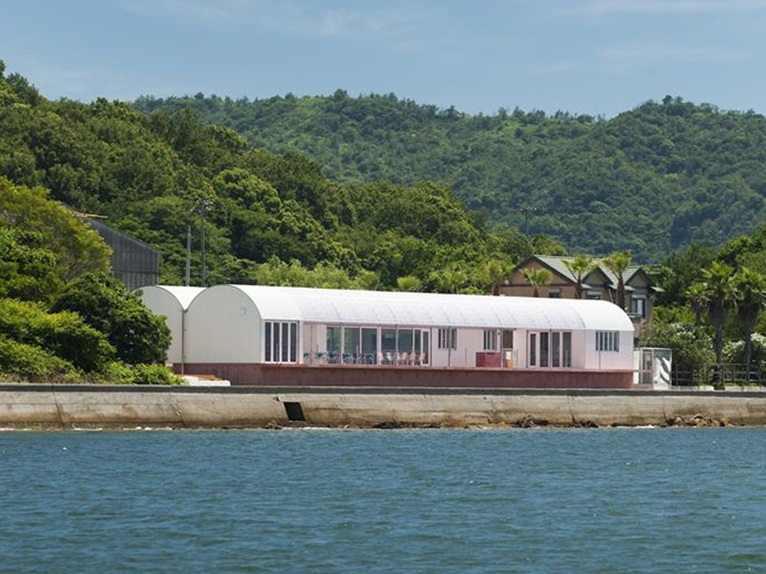 The founder of CASE-REAL architects, Koichi Futatusmata, has completed the Restaurant on the sea, on the island of Teshima, a land known for the production of milk and rice. The depopulation of the island, over the years, has led to the abandonment of rice cultivation, which is currently in the process of recovery thanks to the contribution of volunteers. 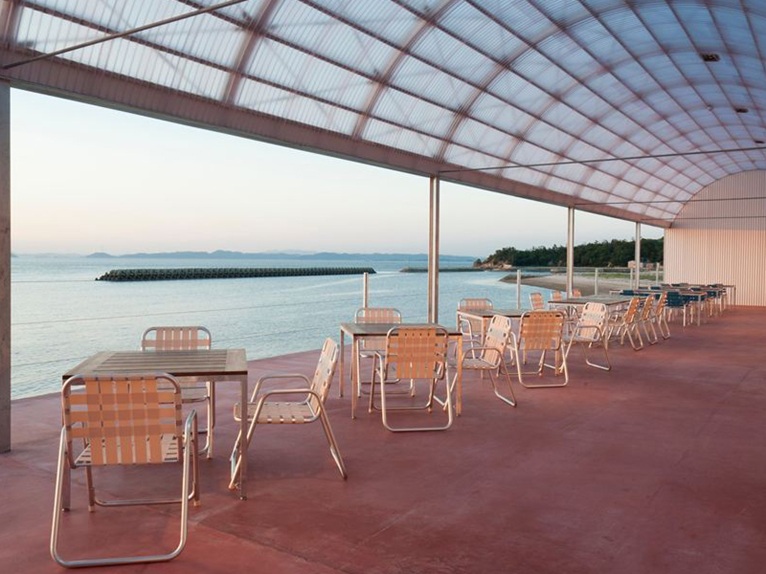 A new 'place for food', designed to be enjoyed by visitors and by the local population, in the city that hosts the second edition of the Setouchi Triennale, the international festival dedicated to the arts, which is held over three sessions (Spring, Summer and Autumn) on a dozen islands in the Seto Inland Sea. 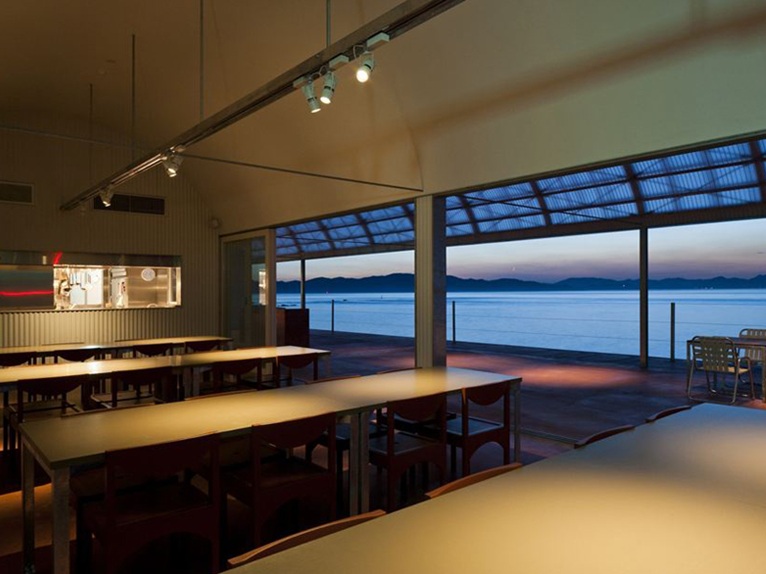 The restaurant was considered a large terrace on the sea: defined by a metal structure with a translucent arched roof 40 meters long and wide-ranging views of the coast and of the landscape, the building is organised as a hub, where the kitchen, restaurant and a public kitchen in front of the main entrance coexist, with the aim of providing an interpretation connected to a new food and nutrition culture. 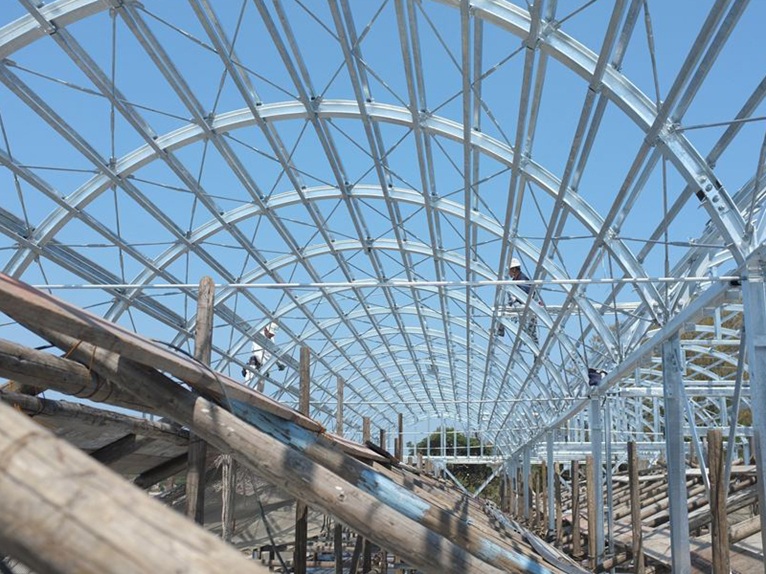 The structure is raised by concrete foundations with a reddish colour, which protect it from the tides, and allude to the earth, in order to integrate the building into the natural environment, while achieving a sharp contrast with the tones of the sky and the sea.