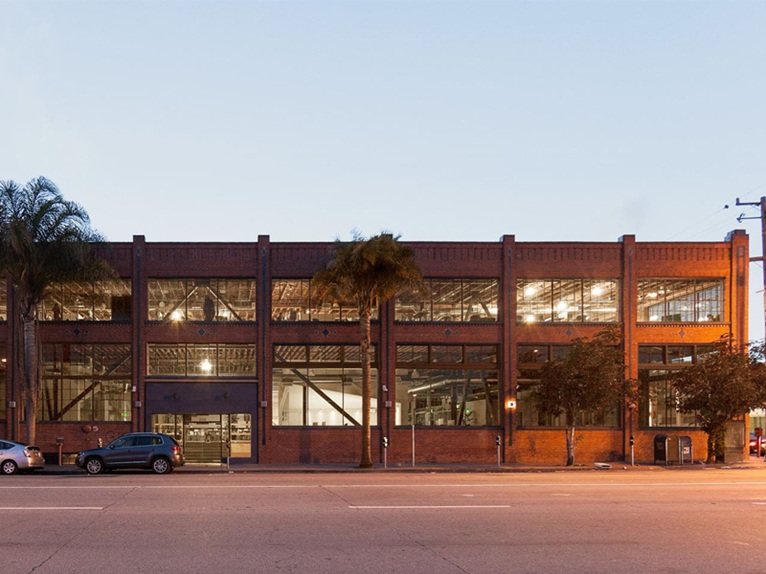 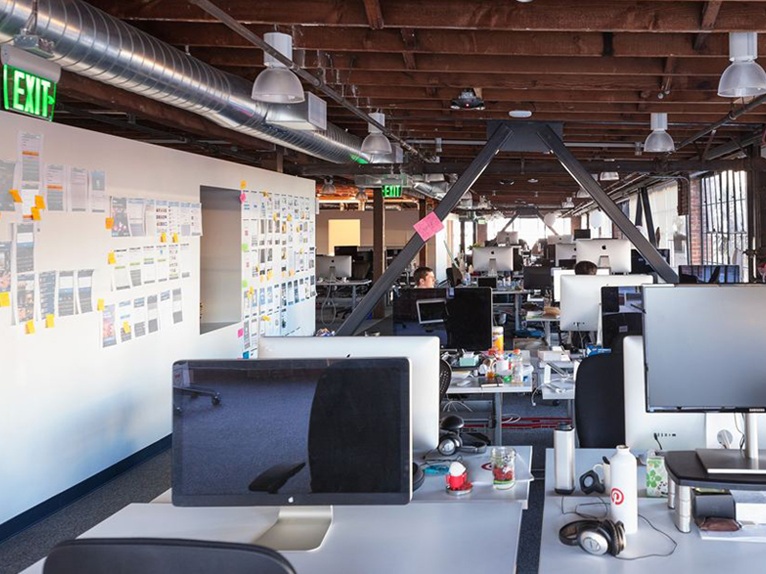 "When we first met with (Evan and Ben from) Pinterest, it was to discuss their office in Palo Alto. There were 12 people in the group, but they were growing quickly.”  Then in a short time “the company had exploded. Pinterest had tripled in size and the partners found a 4,000 square metre warehouse in San Francisco that could easily fit 300 people. They wanted a space that would be in a perpetual state of creation. No matter how big the company got, designers and engineers would feel encouraged to contribute their best ideas.” 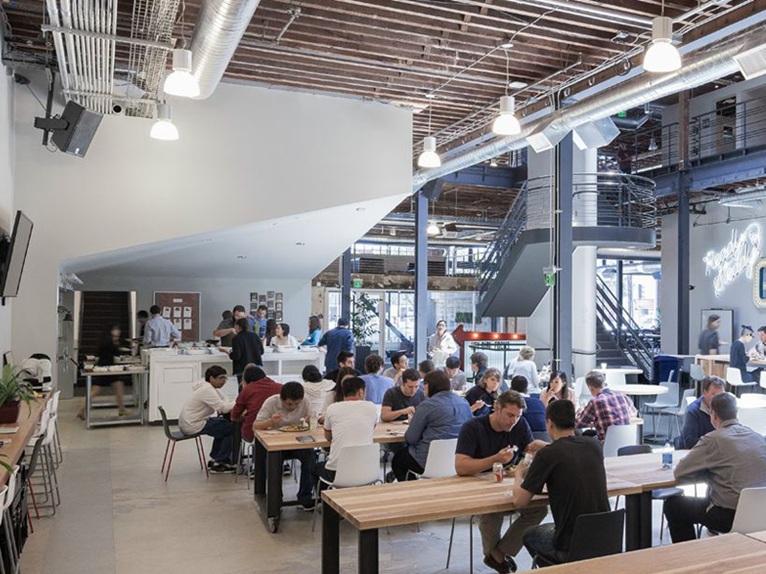 The result is a flexible and dynamic open space. Four “houses” articulate the space and draw a large central area which is the heart of the office, while the services are located along wide corridors. 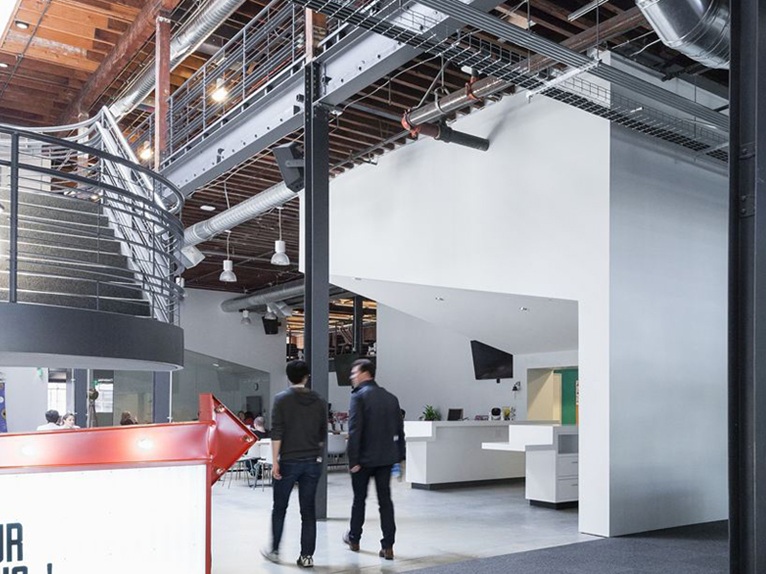 Instead of designing every single workstation, the work areas are organized around large tables that allow the office space to be interpreted with maximum flexibility. All internal surfaces are covered with whiteboards, graffiti walls and pinboards.