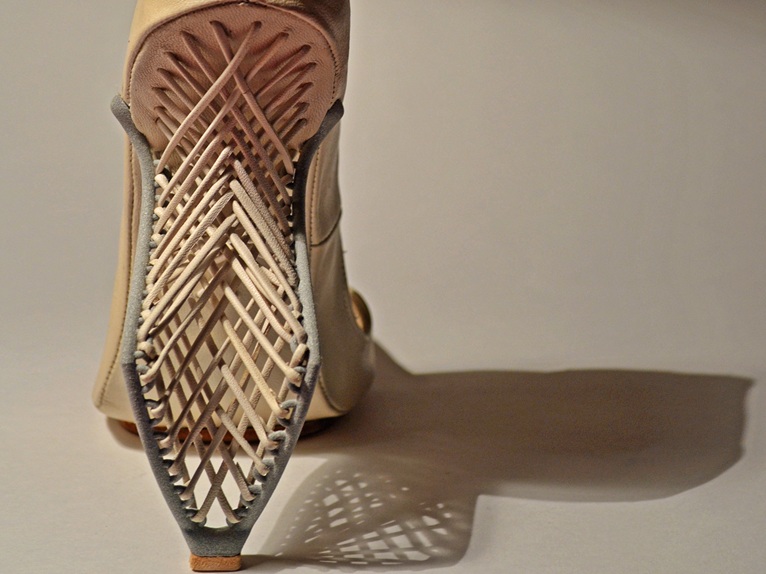 FASHION_ It's time to have a look to some of outstanding designs by the students of MA Fashion Footwear. Are we sure that famouse "shoes architects" - as Zaha Hadid,  Jean Nouvel and Rem D. Koolhaas - are better than these up and coming shoes designers?

Here below a selection of the most beautiful and technological designs of shoes by these talented student of the Ual -  University of Art in London.

Marla Marchant designed Woven high heels: weaving is the main theme of this collection, where craftsmanship has been rethought. Creating a contemporary image that invites us to visit the past in order to glimpse the future has been achieved by modernizing traditional techniques and accessing the latest technologies.

The design process started by developing experimental pieces, conniving traditional footwear, weaved patterns and 3d printing.
The aesthetic enhances the weightlessness of female body, creating the illusion of hanging from a net, tying the feet down and bearing the netting into a three dimensionality. It pursues long and thin shapes while the body’s expression plays to be restricted, appearing fragile and instable from a podium that empowers it. 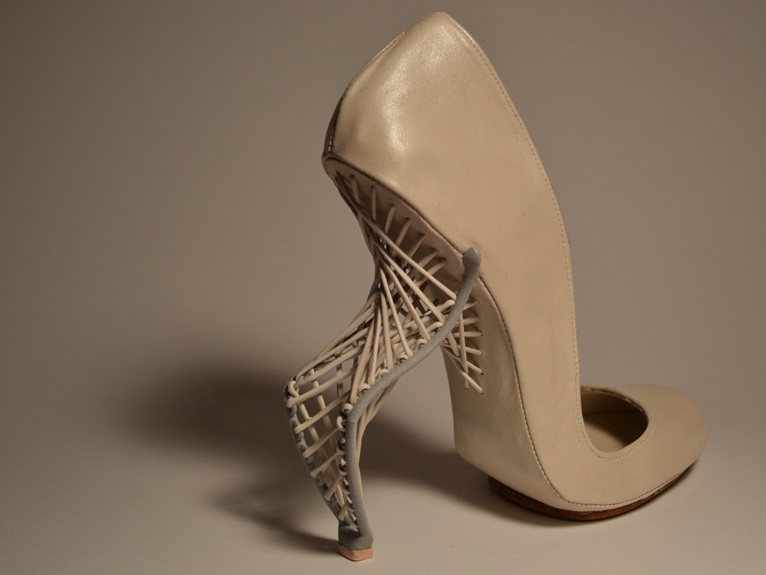 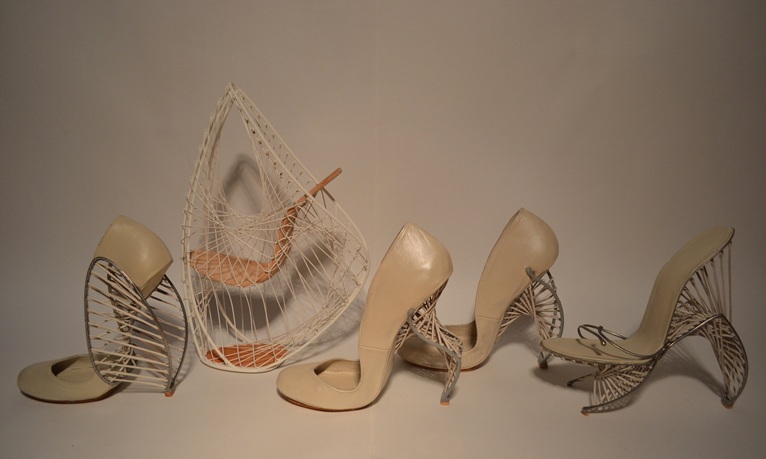 Liz Ciokajlo is a footwear designer based in London with a background in a combination of product, furniture design and fashion accessories.   She focused her work on the objectification of the shoe  .

"The project started with the examination of how 3D printing could alter footwear architecture and identify new design constructions. Observations were made that whilst the potential of this new technology offers many benefits the materiality was limited. There seems to be a lack of natural materials used. This lead to the critical theory 3D print is the right process but maybe using the wrong materials?   So practical research was made into the use of non wovens as a potential material arrangement which could be developed by specialists to drive the materials used in 3D print.

A collection of varied natural non woven materials were selected and applied to a methodology in a masters educational context. By concentrating the fibres and adding binders, the properties and characteristics could change, producing both soft and hard material over one continuous surface.  Innovative materials used in the product and furniture industries were "borrowed" and applied to fashion footwear raising further challenges as to what materials are acceptable, in a trend lead fashion context. The design form was the element unifying the collection.  As the project progressed it became evident, synthetic biology will converge with 3D print to offer solutions to these issue. A designer’s understanding of trends and emotional qualities of materials make them key to drive the new technologies in fashion and science." 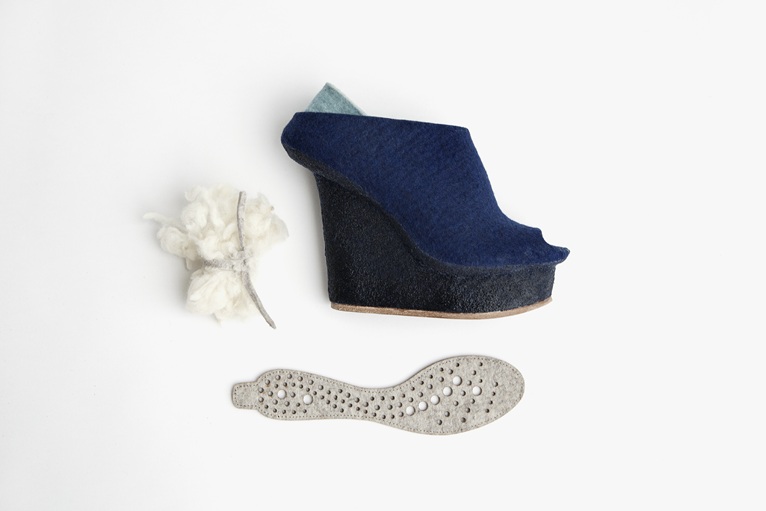 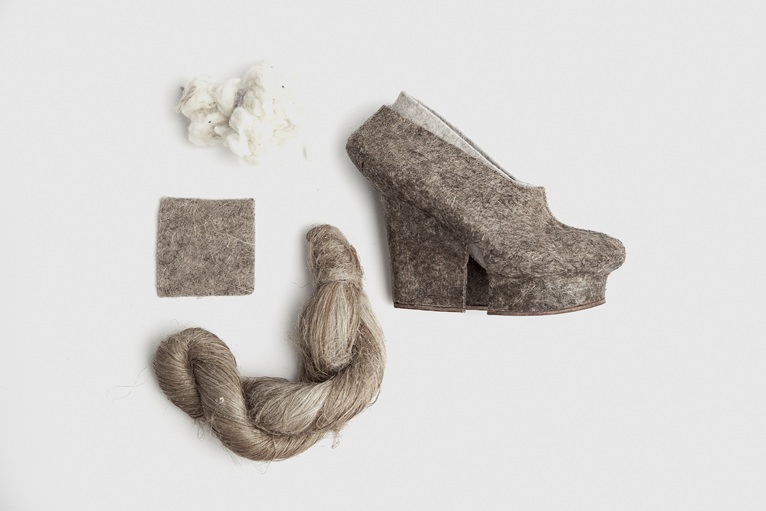 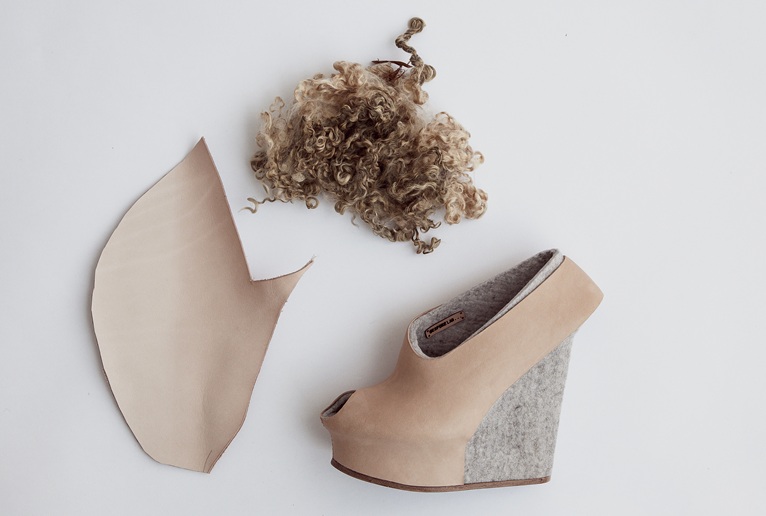 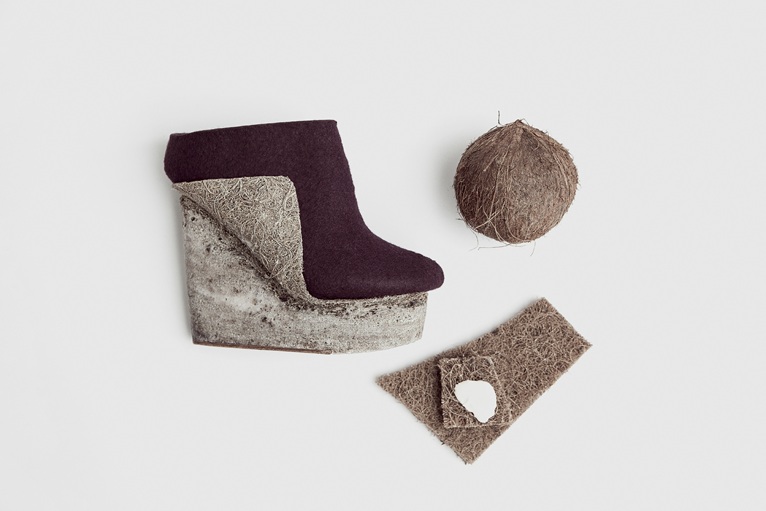 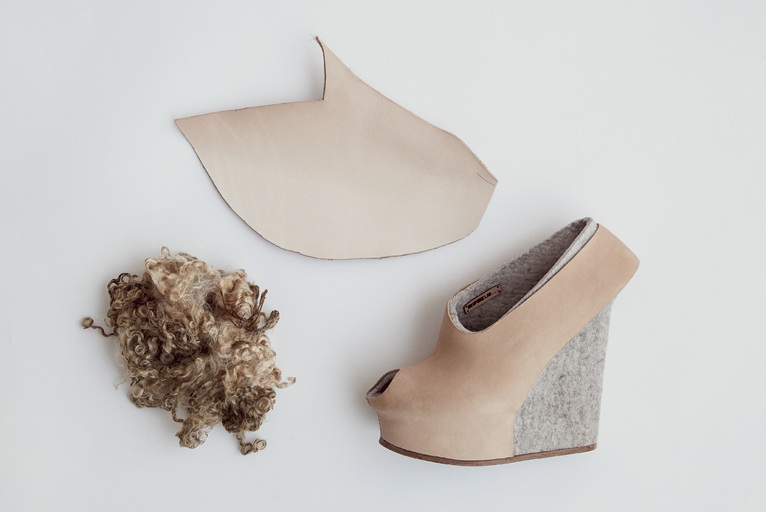 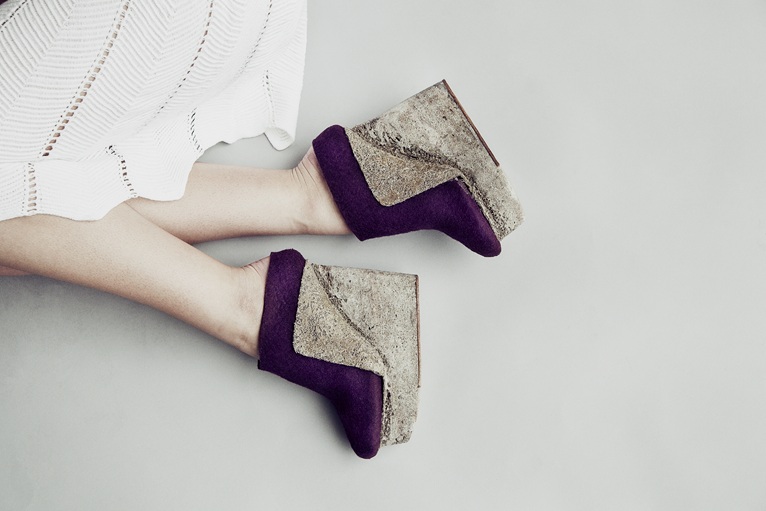 The concept of the collection by Youngwon Kim can be referred to the broad notion of postmodernism.

"Since postmodernism is too broad as a concept, I have conducted the project with the emphasis on certain characteristics that are opposite to the general idea of formalism. I am personally interested in designs that go beyond the existing framework and form. By challenging and modifying what is already formalized as a form or a set of rules, I have intended to try and develop a collection of new footwear designs that stretch the boundaries of visual, technical and functional forms."

To an extent to which the original wearable function of footwear is not undermined by the excess of design, she attempts to seek some new possibilities of footwear design and develop the idea consistently.

There are three important points:

1) development of a component that enables changing heels

"The idea was inspired during the research on fixed gear cycle that can easily change the part of cycle and build up own cycle.
Appropriating this concept of customization in cycle components into footwear, I have identified the heel part, simple, functionally effective parts in footwear, as a potential place for a new customizable component to be installed."

"By multi layering of leather and modifying the thickness of leather shoes in that way, a new visual form can be discovered."

3) Experiment of a new material for heel and colour.

"The outcome of this collection is aimed to show a new form of footwear that is hard to be conceived in the industry. This is geared to illustrate some new possibilities and directions, at the same time, interact with the current trend without ruling out the functional aspect of footwear. In this I intend to build a collection of designs with realistic touch, which will feed new ideas into the industry and communicate with the customers through design. Moreover, living in the era of post-postmodernism with a number of much cherished and memorable designs, it is my personal aim to design one that will last through time with its beauty intact." 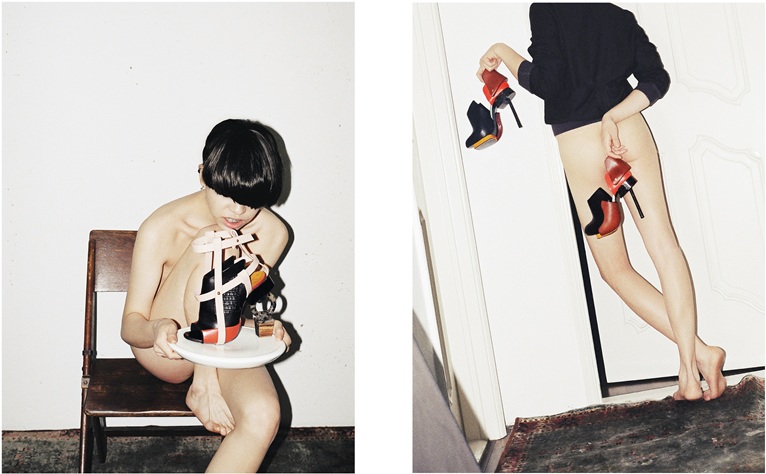 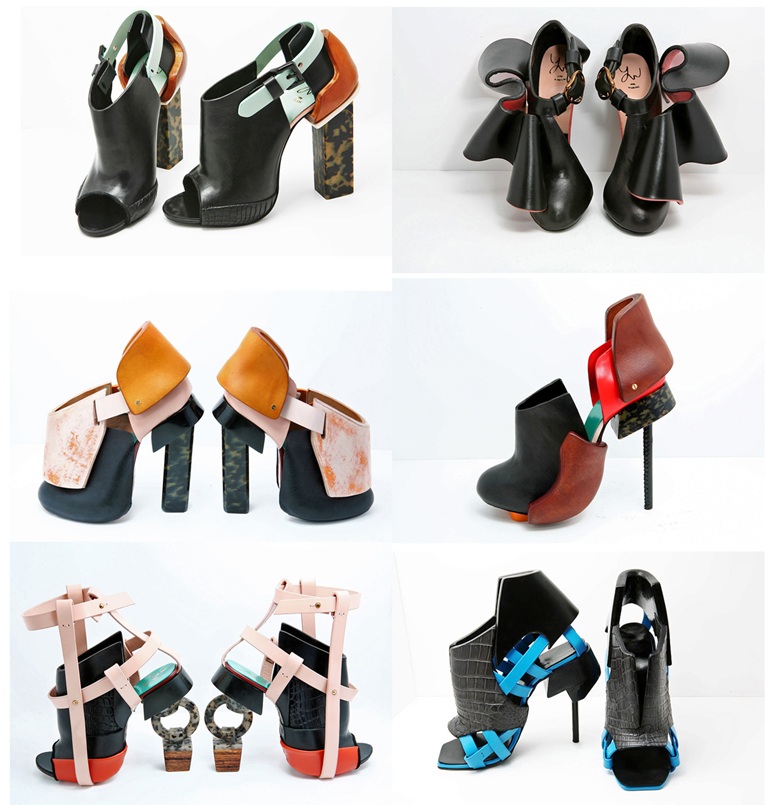