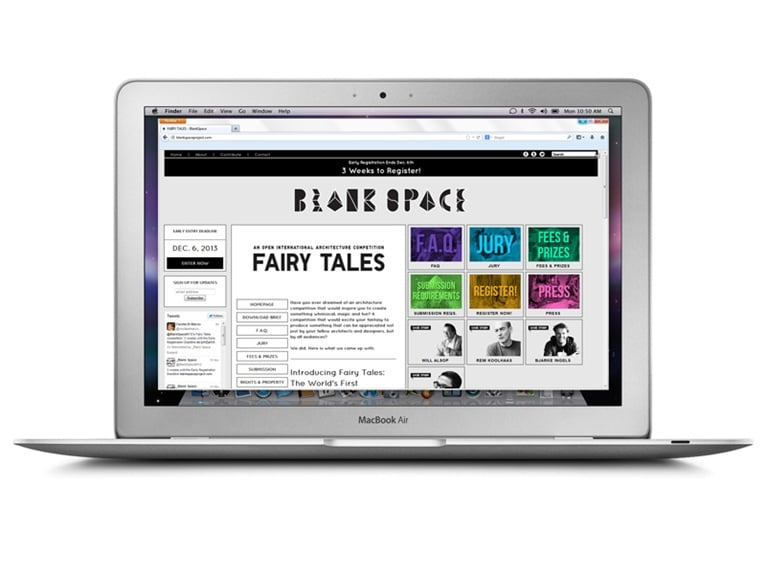 Launched in September, the competition takes a stance on architecture competitions by asking new questions of architects, inviting them to think about architecture in terms of narrative and visuals combined. The response to Fairy Tales has been overwhelming so far, with registered teams in over 25 countries.

The jury for the competition includes a bevy of architects, designers, and scholars who have each redefined their profession through storytelling. They are: Will Alsop, Director at All Design; Nigel Coates, Founder of Nigel Coates Studio; Mitchell Joachim, Co-President of Terreform ONE; Jack Zipes, Professor Emeritus of U. Minnesota; Francesco Lipari, Director of CityVision; and Paula Scher, Partner at Pentagram.

Scher, the designer behind iconic brands such as Microsoft, Citibank, The Metropolitan Opera, and CNN, recently spoke with KNSTRCT about the power of narrative in design and about her excitement to be in the jury for Fairy Tales:

“As an environmental designer I am attracted to narratives in public spaces. Very often architects are purely concerned with form and ignore the spirit and even function of the building for formalistic reasons. I am pleased that there is an architectural competition where spirited ideas become the important part of the equation.”

About the inspiring principles for the competition, the Blank Space team says: “Architecture competitions are the lifeblood of the profession, but they haven’t changed that much in the past 2,500 years. Architects are stuck designing single building typologies like museums, skyscrapers and houses ad infinitum. Blank Space believes that competitions can do more by cross-pollinating with other disciplines. While architecture is struggling to find its voice, fairy tales are the most accessible stories humans tell. They are as sophisticated as a specimen of great architecture, and like great architecture they are relatable, fascinating and understandable to all. Fairy Tales harnesses these powers to make architecture more interesting, more fun, and more social.”

Register by December 6th at blankspaceproject.com