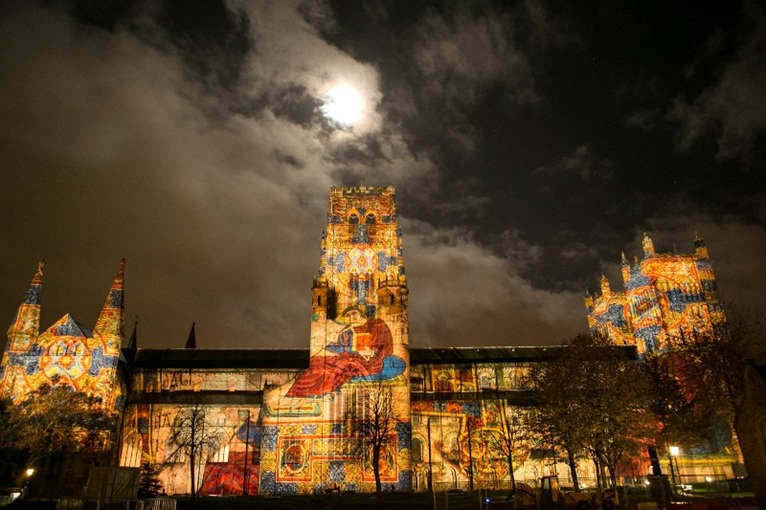 With the festive season just about upon us – the traditional curtain raiser, thanksgiving day, is just a couple of weeks away - let's start getting in the mood by talking about something which is traditionally associated with this time of the year, lights.
Now that most of the Christmas lights have been switched on in London and Paris and with New York set to follow suit on Black Friday (the busiest shopping day of the year in the USA - this year 29th November), we are going to take a look at a festival which might not be as high profile and cool as Vivid Sydney – the self-proclaimed largest celebration of light, music and ideas in the Southern Hemisphere, with its stunning projections on the Sydney Opera House and 60 more different light installations – but still throws up many interesting and captivating ideas – the Lumiere festivals in Durham UK (this weekend 14th - 17th November) and Derry (Northern Ireland) the weekend of 28th November - 1st December).

Probably the most iconic light show of the festival is artist Ron Ashton's projection on Durham Cathedral (see header photo). Using images drawn from the powerful history of Christianity in the North East, the visual material gives a glimpse inside the Cathedral and projects images of the most richly decorated, and important books of all time, the Lindisfarne Gospels. Crown of Light gives residents and visitors a final chance to explore the contents of this historic book in the year in which it returned (temporarily) to Durham for the first time since the 17th century. 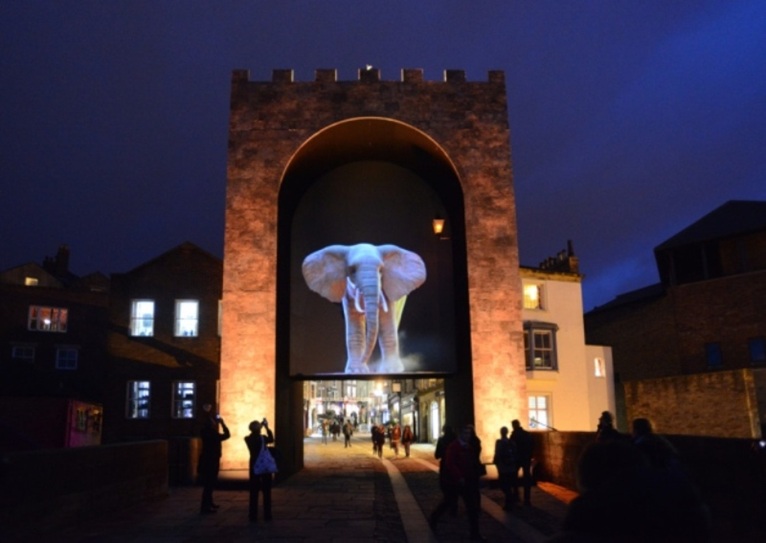 Another high profile installation is Elephantastic by Top'là, French design agency. Their large-scale installation projects a 3D elephant into the distance. Visitors can join him on an imaginary journey through the strange atmosphere of an urban jungle.
The animal emerges from a cloud of dust raised by his feet treading the ground. Engulfed in the vaulted passage, Ménestrier the elephant continues his slow and heavy journey through the archway. This installation explores the strangeness of the presence of a wild animal in an architectural context and the scale between the animal and the city.

The projection is set on Elvet Bridge, suspended above the ground, allowing the visitor to walk underneath.

You can see a 3D rendering of the show if you missed it here. 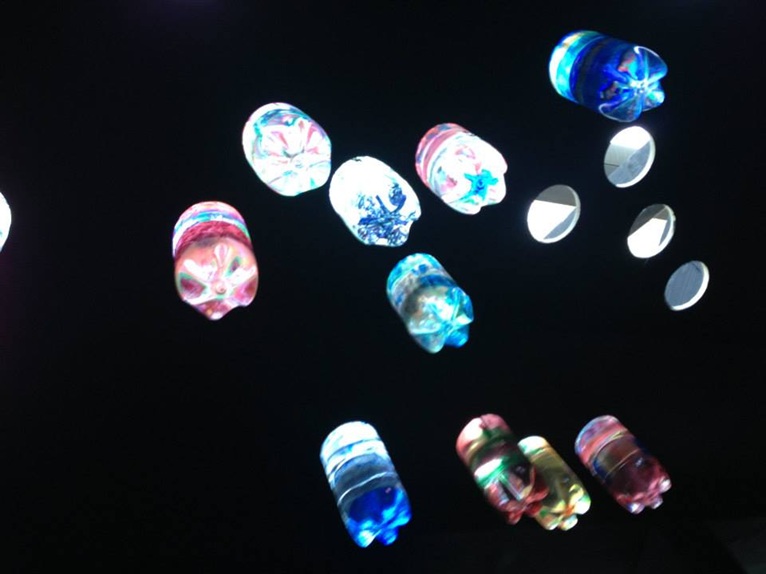 However, this is a festival of light with a difference, because it also has environmentally friendly installations which teach and show how to make a light with water and chlorine. Litre of light provides the answer to the question: "What do you get when you mix sunshine and an old plastic bottle filled with water and chlorine?"
The answer, thanks to Alfred Moser and a group of students from MIT at Harvard, is that you get a 55-watt solar bulb that refracts sunlight. It’s powerful enough to light up a home but it’s also environmentally friendly, inexpensive, and easy to make. 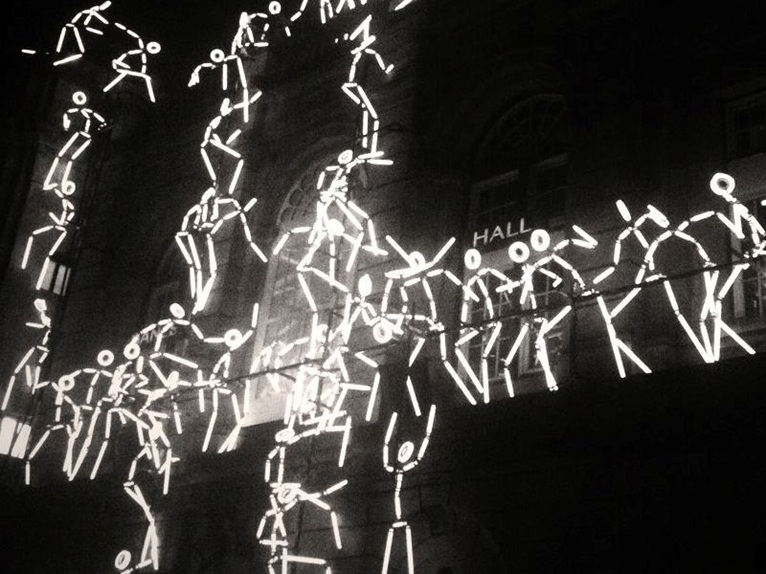 Keyframes is an installation by Groupe LAPS - Thomas it looks a bit like the Matchstick men that the painter L.S. Lowry used to paint in his characteristic way. The analogy is all the more apt as the artist (originally fromLancashirea few miles down the road) spent holidays sketching in this area.
In the words of its creators “Keyframes tells the story of miners, coming back from the past, from the ground, and realising that their Miners' Hall has become a nightclub. After time, they take-over the building and begin to respond to the music.’’ 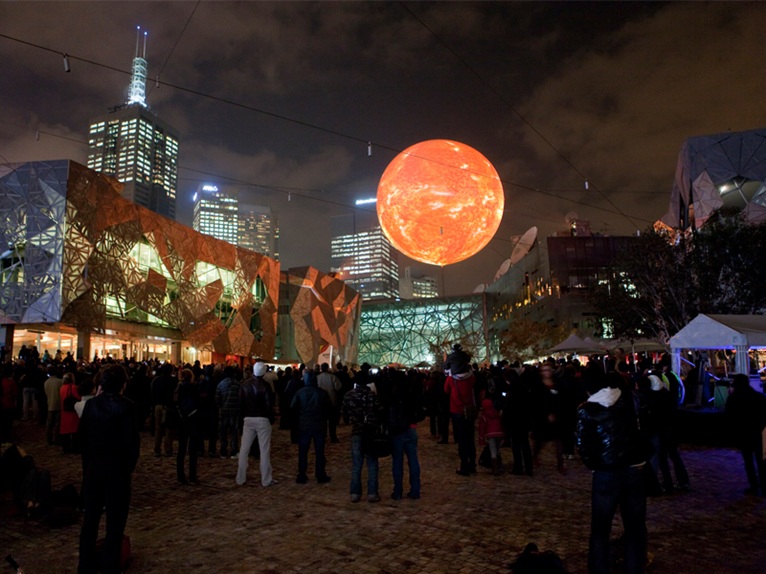 One of the most spectacular installations is "Solar Equation": a large-scale public art installation that consists of a faithful simulation of the Sun, 100 million times smaller than the real thing. The installation has already been presented in various parts of the world and its only drawback is that when the weather is too windy it cannot be shown. 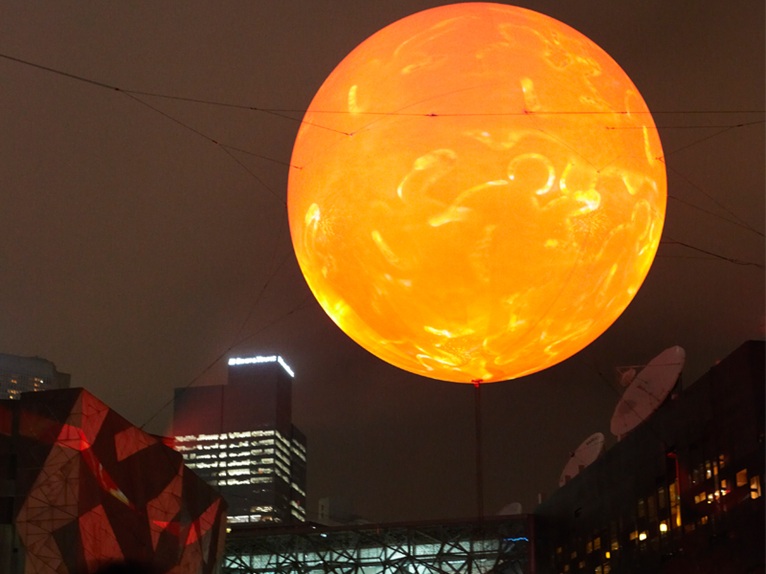 Its artist, Rafael Lozano-Hemmer, was born inMexico, but is resident in Québec. He is an Electronic Artist who develops interactive installations that are at the intersection of architecture and performance art. His main interest is in creating platforms for public participation, by perverting technologies such as robotics, computerised surveillance or telematic networks. 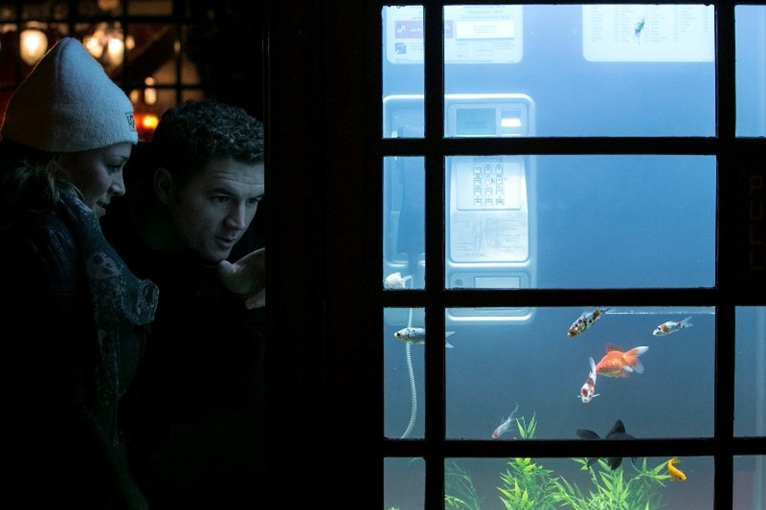 One of the most quirky installations was created by Collaborators Benedetto Bufalino & Benoit Deseille. They have found a new role for telephone boxes, which have been so familiar on our streets for years, but which now lie unused with the rise of the mobile phone. They have decided to transform these defunct glass cages into an aquarium, full of exotically coloured fish. This playful installation invites us to imagine exotic travel and escape from our everyday lives.

As the artists say "Now that everybody has a mobile phone, rather than taking phone boxes away, why not keep them and fill them with water to turn them into aquariums? We like to play with the fabric of urban space, to shift things around. So we play with all the material that surrounds us to see how it can be combined. Just as someone writing sentences combines existing words, we combine existing forms to make them into something else." 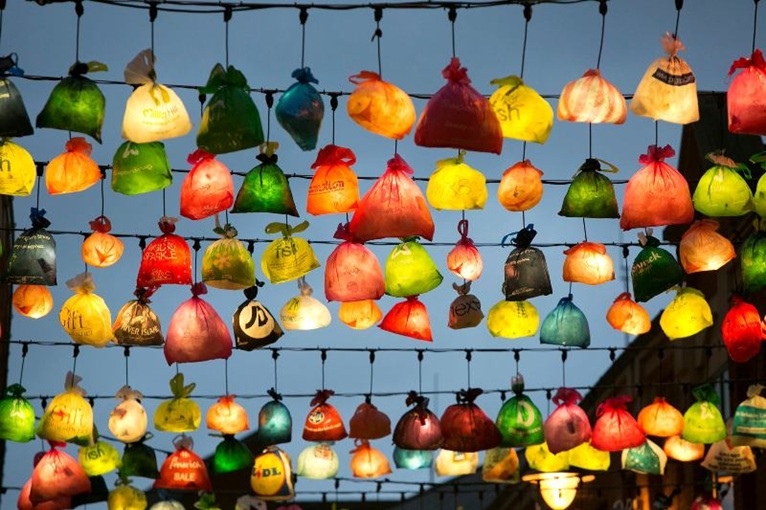 This quick review of Lumiere the Durhamfestival of light could only end on a festive note. Luzinterruptus a Spanish art collective have created "The Consumerist Christmas Tree". It is an installation that will help to raise awareness of the excessive use of plastic bags and the consequences that this consumption has on the environment. For this reason they "thought about creating a grand Christmas tree, built of the bags used during the period prior to Christmas, the dates in which their use dramatically increases."