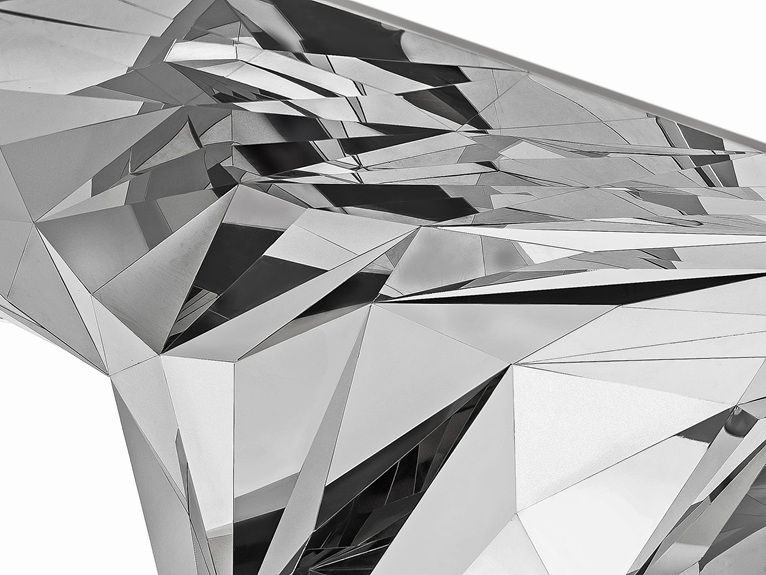 DESIGN_ Zhoujie Zhang’s fantastical design brings to mind digitization and galactic travels.It’s near impossible to imagine that thesefuturistic designs came from a boy trainedin classical arts in the city of Ningbo,China.

Zhang Zhoujie’s works is based on the concept of 'Spontaneity'自然而然. It pays respect to the logic of mathematics and objects are generated following the law of the digital environment. It is designing without anticipation. He believes that his role as a designer is to be 'Actionless' 无为, to interfere as little as possible and give space for imagination. His design is honest, revealing the true properties of materials and forms. There is no painting and no pretending. In his work, he blends Chinese traditional art perspectives, western design methodology, digital engineering and handmade craftsmanship into a single project. 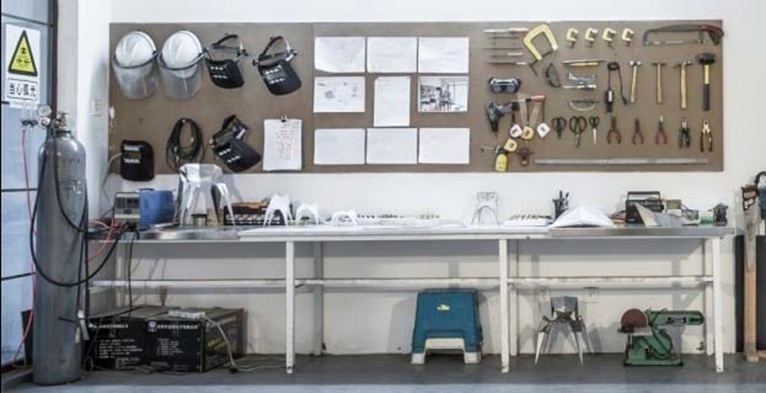 This table is an perfect practice of Zhoujie's philosophy of actionless. Aforce in the plane, polymerizing inward and flowing with natural tendency. The process only took a few seconds, but the continuous logical deduction behind it took over 3 years. Until natural growth and function perfectly combined, the work is then completed. This product fully exposes the natural beauty of digital logic. The design is generated by computer with digital output, crafted by hand for 3 months, which makes it stand out and becomes the most important work of 2013. 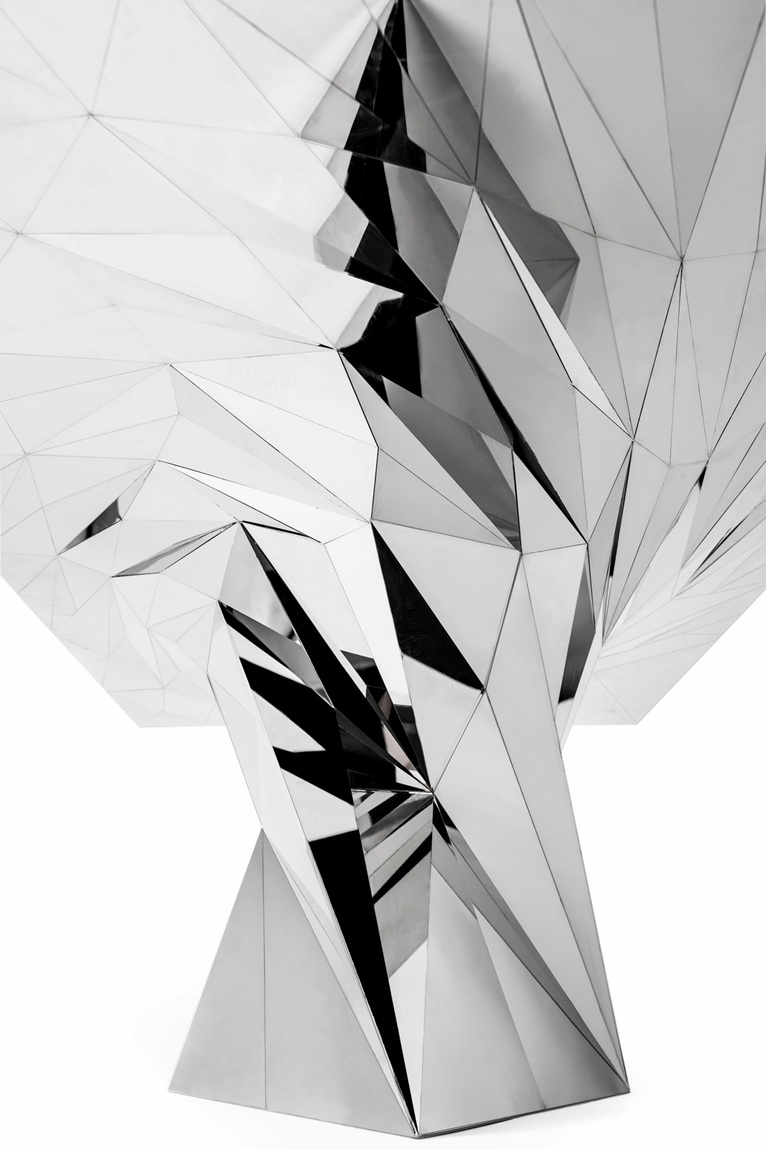 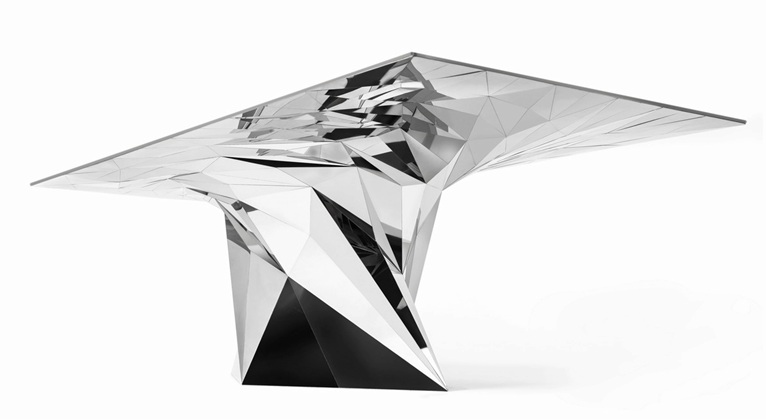 This digital chair is a perfect practice of Zhoujie's design rules. Zhoujie believes that design should be spontaneous, like poem and emotions. It should be the natural reflection of acknowledge an understanding of the world. As for the chair, it should be naturally looking, to be the way it should be without affectation. Building on his design philosophy, Zhoujie designed the chair without limitations and thousands of possibilities came out. 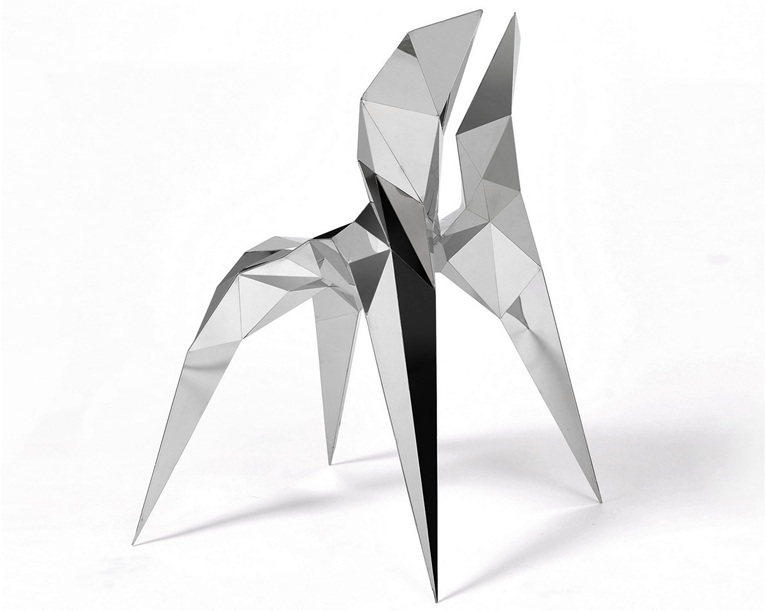 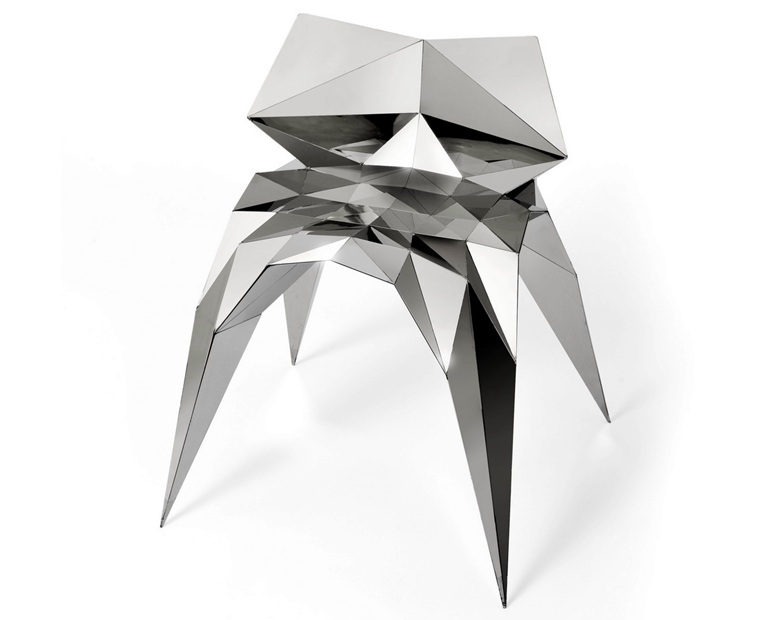 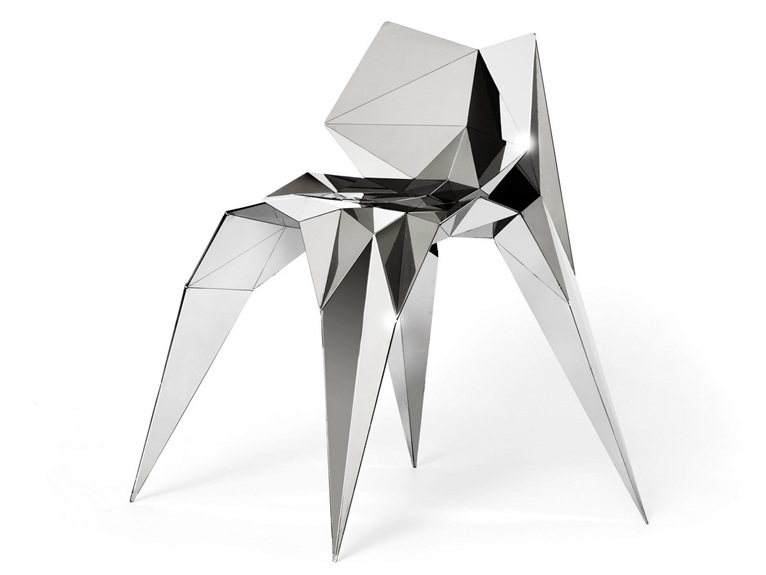 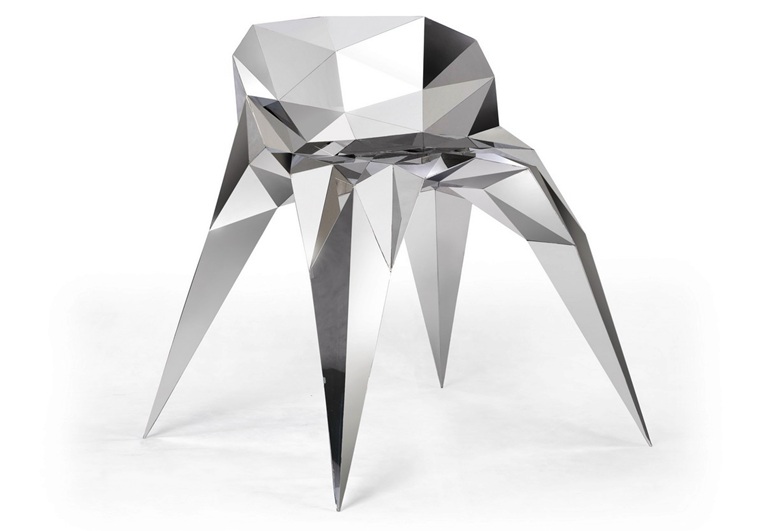 The vessels are among Zhoujie's first attempts of transforming 2D sheets into 3D formats.

Products manufactured by traditional industrial production don’t have emotions. Tens of thousands are made from the same mode with no differentiation. Zhoujie thinks himself of a digital crafter. When making the vessels, initial plane sheets were done by laser cutting, but each of the fruit plate was folded and polished by hand. You can still feel the hand crafting characteristic inside it. The integration of digital output and traditional hand crafting has given the product new meanings which differentiate it from other industrial products. With digital generation and digital fabrication, we are able to create unparalleled products to each individual.