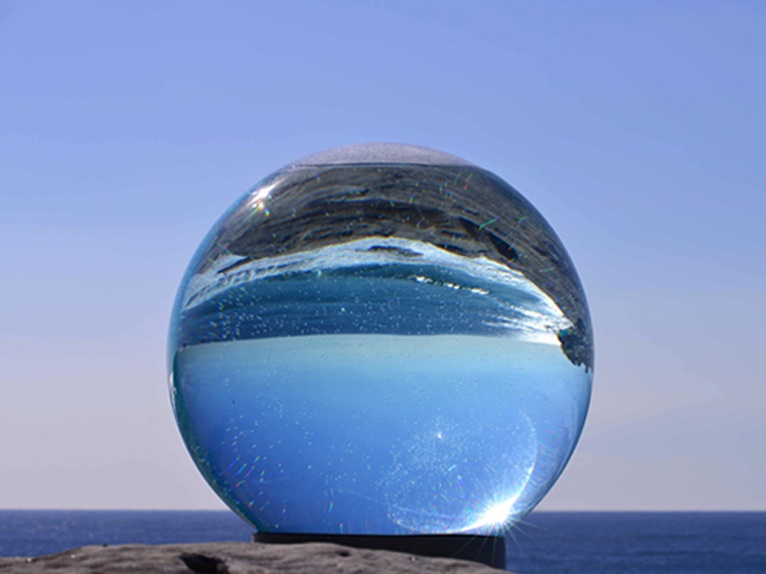 Bondi (pronounced /Bondai/) is an Aboriginal word meaning the noise of water breaking over rocks. It was here, a suburb of Sydney, that David Handley, a disillusioned commercial lawyer, came up with the idea of creating the first Sculpture by the Sea venue after seeing an outdoor sculpture park in Klatovy in northern Bohemia, where he had escaped to in the early 1990's to get away from the corporate world. Indeed, on returning to Australia in 1996 and taking a stroll on the coastal walk between Bondi and Tamara, he realised that the natural plinths lining the walk would be ideal for installing sculptures. 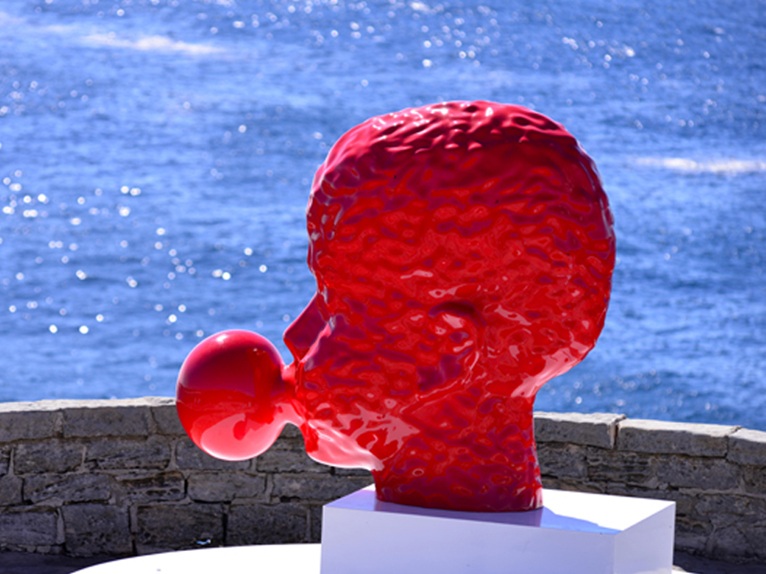 After informing the local council of his idea to create a large community arts event akin to “Opera in the Park” and “Symphony under the Stars”, a number of influential members embraced his brainchild and the rest is now history. 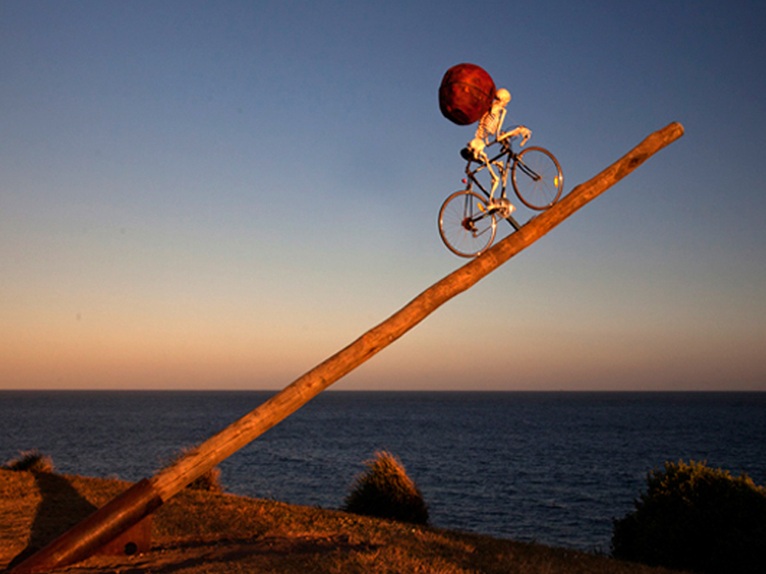 Since the first exhibition in 1997 when 25,000 people visited the exhibition, it has gone from strength to strength, some landmarks being, the 2005 launching of Sculpture by the Sea Cottesloe, held annually at Cottesloe Beach, Perth on Australia's Indian Ocean coast and in 2009 sculpture by the sea was also held in Aarhus in Denmark for the first time and is now held every two years under the patronage of His Royal Highness Crown Prince Frederik, who brought the event to Aarhus for the first time after having visited the event in Bondi in 2000.

Sculpture by the sea not only offers artists an opportunity to showcase their works, but also to get their message across. Indeed California artist who calls herself Marina Debris - fashion designer, artist and social activist educating children about ocean pollution, who has even designed accessories for Charles J. Moore who brought attention to the great pacific garbage patch - created a sculpture called the Aquarium of the Pacific gyre. In her own words: "My Aquarium of the Pacific Gyre for Sculpture by the Sea, Bondi, is a giant aquarium filled with washed up trash from local and Los Angeles beaches. Some objects resemble real sea life. Near the tank there is a plaque naming each piece of debris with a mock scientific name and description. This will mimic what you might see in an aquarium or Natural History museum." 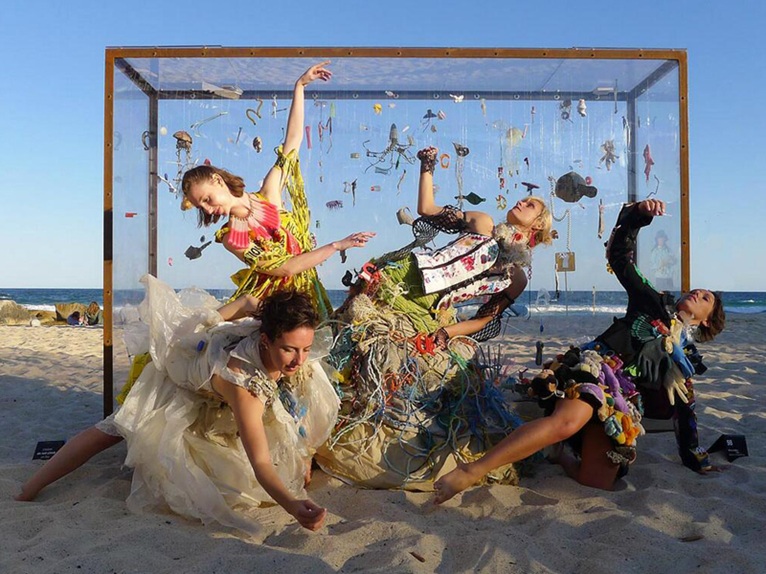 This year's event in Bondi was the biggest ever and also the richest ever, the main sponsor, the Macquarie Group the Australian investment banking company present in 28 countries worldwide put up a first prize of AUS$60,000 (€42,000), the richest sculpture prize in NSW, as well as funding the organisation of the event to keep it free to the public. 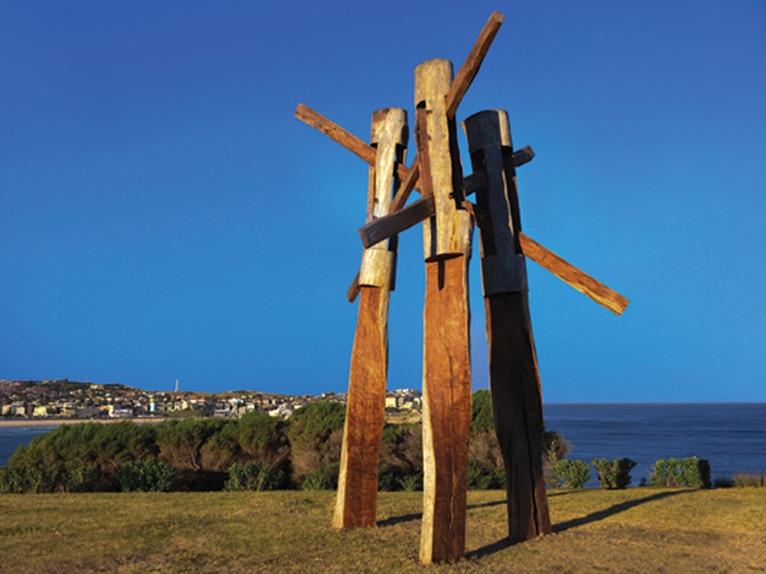 The Macquarie Group prize was awarded this year to Stephen King (no not the one of “the Green Mile”, “the Shining” and “Carrie” fame!), the Australian sculptor, who has been runner-up so many times, for “fallout” inspired by the fallout from the Fukushima nuclear disaster.

The people's prize sponsored by Allens law firm and the Kid's choice both went to artist and architect Lucy Humphrey whose sculpture “horizon” captured the attention of all the visitors, adults and children alike. 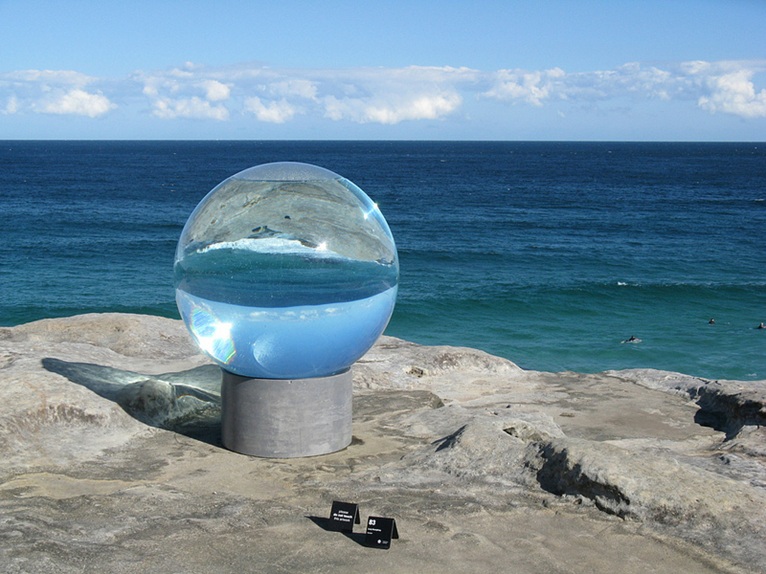 This two-tonne, 1.5-metre diameter, hollow acrylic sphere holding 1800 litres of tap water, rests on a one-tonne hollow concrete pipe sanded and treated by Humphrey. The reason why this seemingly simple sculpture won over so many people is its optical effect combined with its positioning on the Bondi to Tamarama coastal walk. Indeed the ball is like a spherical lens; light passing through is refracted and the images are turned upside down, so visitors see an inverted image where the horizon is in place of the ocean and vice versa.