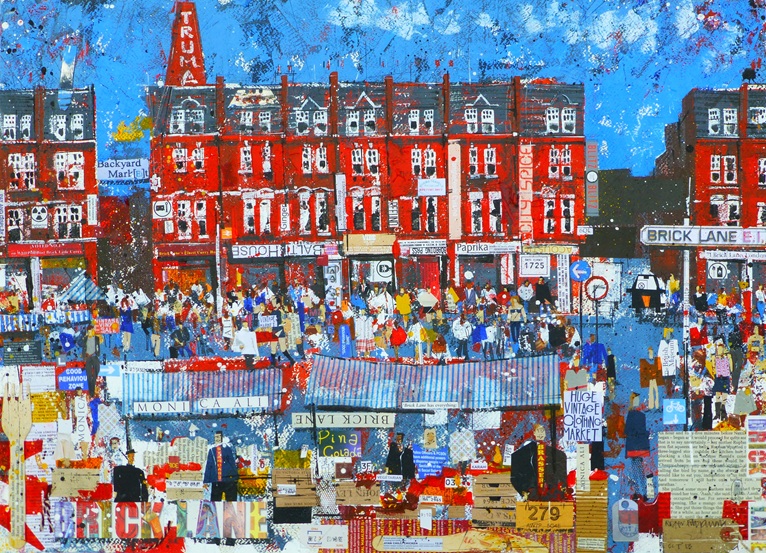 EXHIBITION _ World-renowned artists, architects and designers have taken part in the 10x10 Drawing the City London, helping to raise funds for the UK’s leading architectural and construction aid charity, Article 25.

A section of London was divided into a 10x10 grid with each of the 100 squares allocated to a prominent architect, designer or an artist. Using any medium available, they created 100 pieces of art, capturing the unique, the extra-ordinary, the unnoticed and the ever changing city of London.

The artwork created is due to go on display to the public from 21to 28 November. Visitors will then have the opportunity to bid for selected pieces by attending a special charity live auction event on the 28 November.

We selected some of the most interesting graphic works.

"I have tried to capture Brick Lane, full of colour and life: the restaurants and food stalls, multiple signs, adhoc street music, tempting smells, the bustle of people.  As well as acrylic paint and black ink, the painting incorporates a collage of discarded menus, bags, cutlery, tickets, labels, the cover and extracts from Monica Ali's book "Brick Lane", and remnants of a palette knife which broke whilst creating the painting, and the blade used to create the painting - included to represent the sharp edginess of the place." 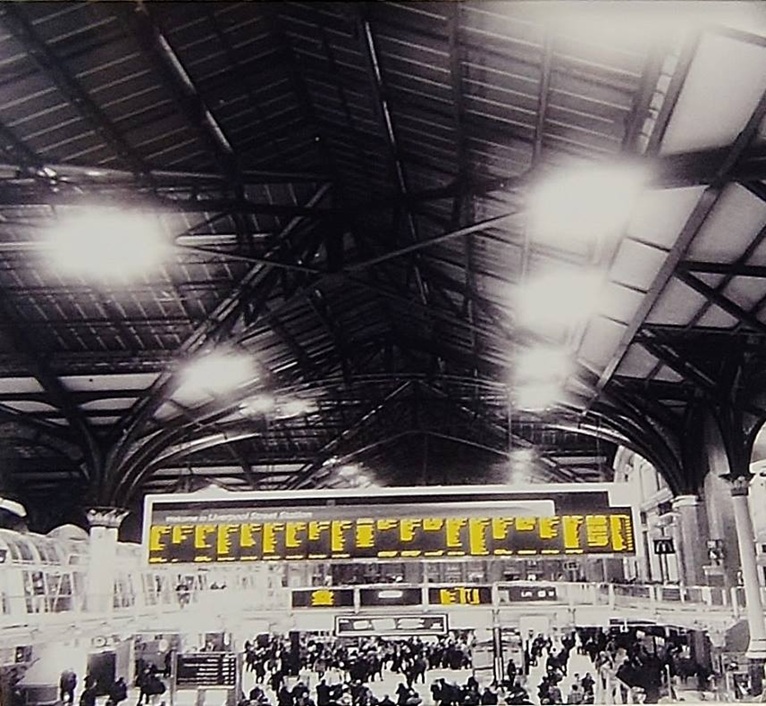 "Liverpool Street Station is a transport nexus and this image captures the idea of moving through a place rather than dwelling within it. The use of digital photography was therefore deliberate. The image is a ‘snap’ taken on a phone - superseding the way a sketchbook may have been traditionally used. It is documentation, learning – the thinking eye. With the advent and shrinking of digital technology into a pocket-sized phenomenon, there is the opportunity for fluidity about the things that we look at. It is an experiential recording in the mind and an immediate reflection on that." 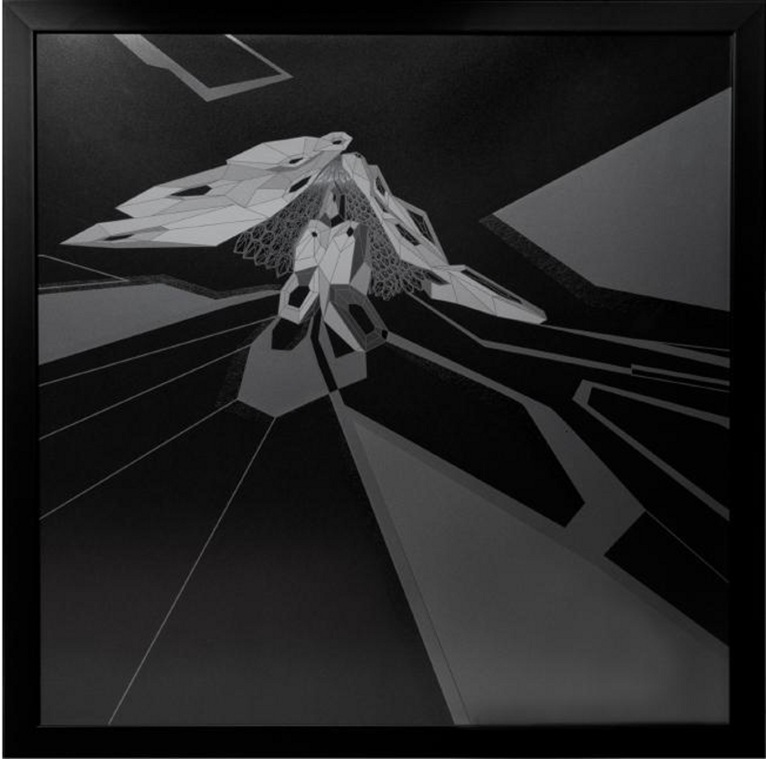 This piece represents the intersection of the many events happening on Goswell Road in recent years. Not only has the area, Clerkenwell, been home to the creative industry but it has developed to become a centre in the Design world. 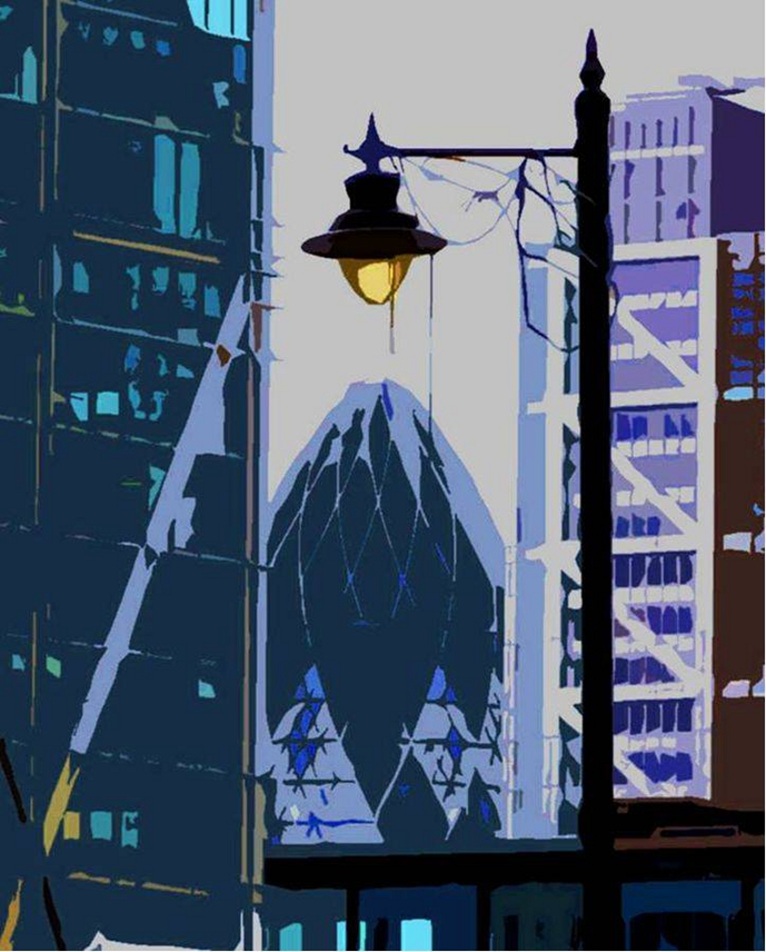 “I was struck by the mirroring of shapes from past and present, and the light angles. I tried some other views and buildings of interest in my square but this one retained its power” 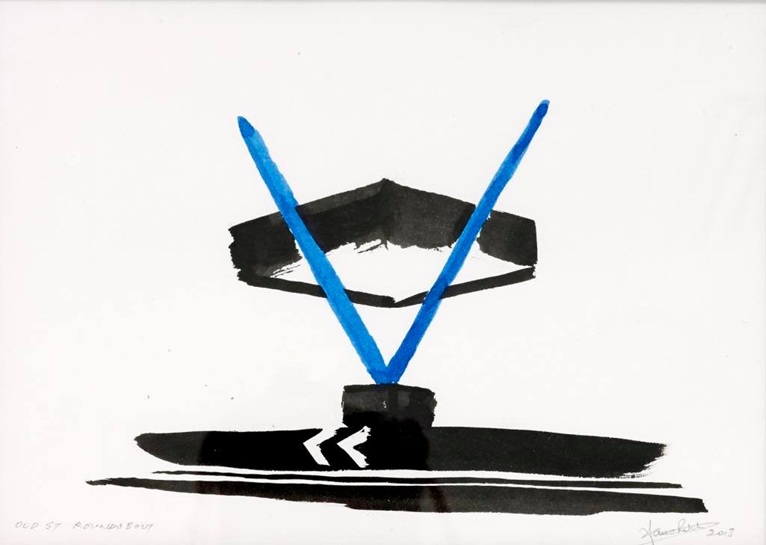