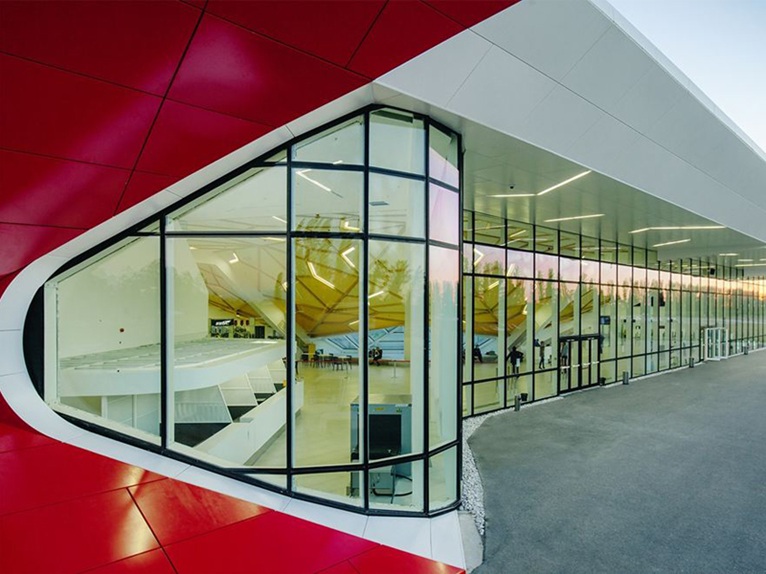 The latest project by Dutch architects UNStudio is located in Georgia. It is the Kutaisi International Airport, a major airport infrastructure which includes redesigning the runway, the terminal offices, the weather station and the 55 metres high control tower. In the words of Ben Van Berkel, founder of UNStudio, the terminal embodies 'the circumstance of the site' as 'moments of both leaving and returning are celebrated by the large span, open spaces and high ceiling ... reflecting the ways in which such gestures were employed in the great railway stations of the past.' 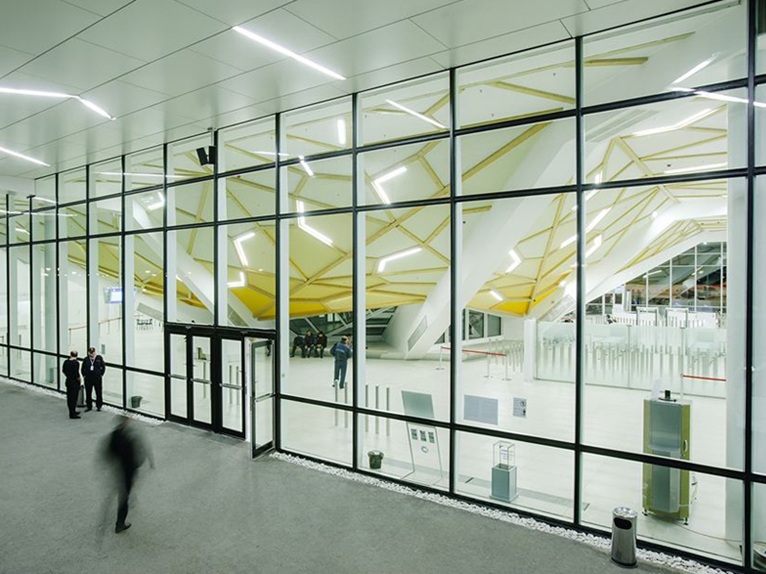 Inside the architecture a structure designed in the shape of an umbrella has been devised to regulate the passenger flows, as well as to organize the different functions of the airport around it. 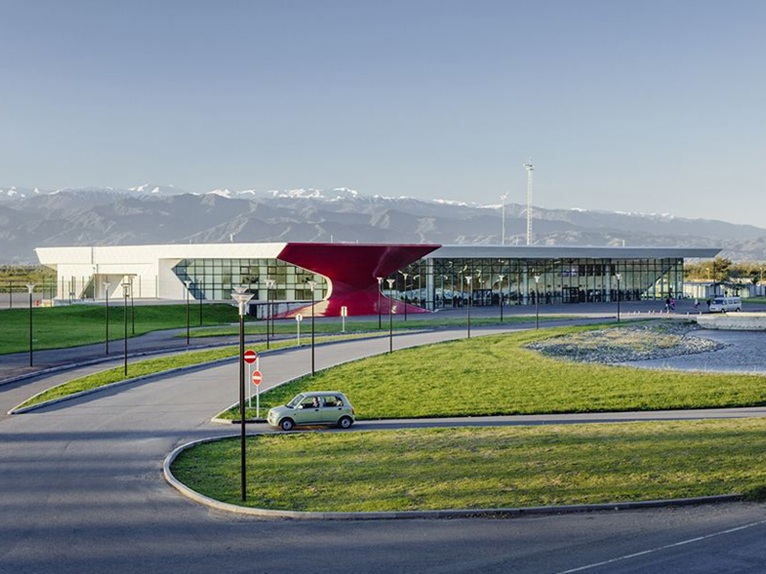 The iconicity of the project is also recognisable in the high control tower, with 360 degree views of the surrounding area. The element consists of a reinforced concrete nucleus covered by a perforated skin with LEDs that change colour at night according to the wind speed. 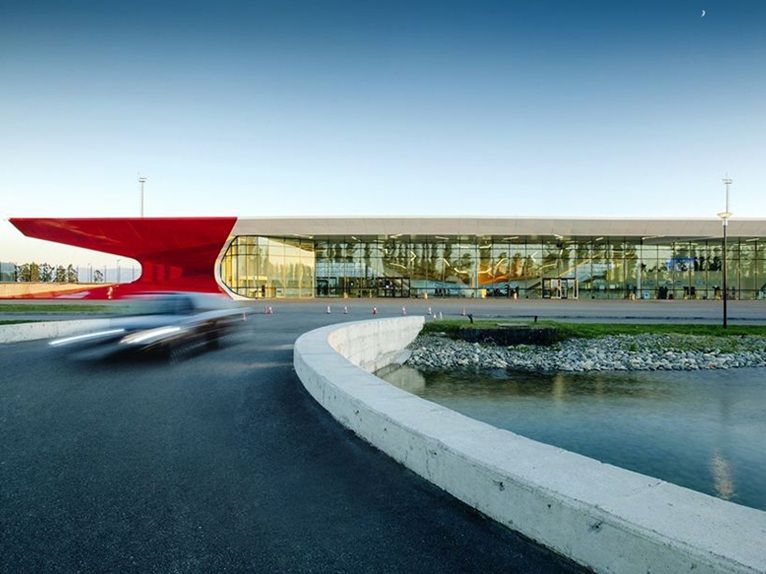 UNStudio has adopted a number of technological solutions for the purposes of saving energy, especially thanks to the creation of a large underground reservoir that allows the temperature inside the two volumes that make up the building to be regulated; cantilevered roofs resolve issues related to sunscreening on the south and south-west faces; a system for the collection and recycling of greywater has been placed under the floors and a low pressure ventilation system has been integrated in the main structure of the terminal. 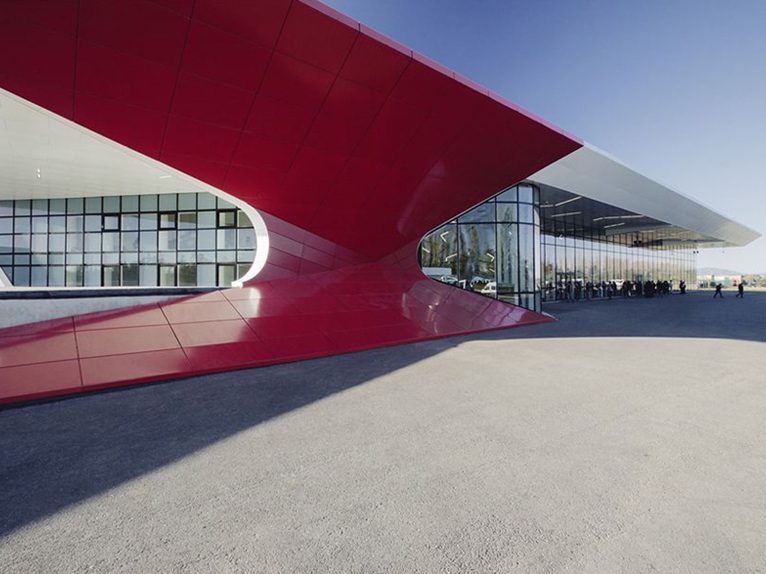